Come on, ride the train

High-speed rail could be the quickest way to drastically reduce emissions, but not everybody is on board

High-speed rail could be the quickest way to drastically reduce emissions, but not everybody is on board

On May 10, 1869 — two days late, resulting in an inaccurate inscription — Leland Stanford drove in the Golden Spike at a ceremony feting the completion of the Transcontinental Railroad at Promontory Summit in the Utah Territory. “May God continue the unity of our Country as this Railroad unites the two great Oceans of the world,” one of the spike’s sides read. The railroad’s completion dropped the cost of a cross-country trip from nearly $1,000 to $150. 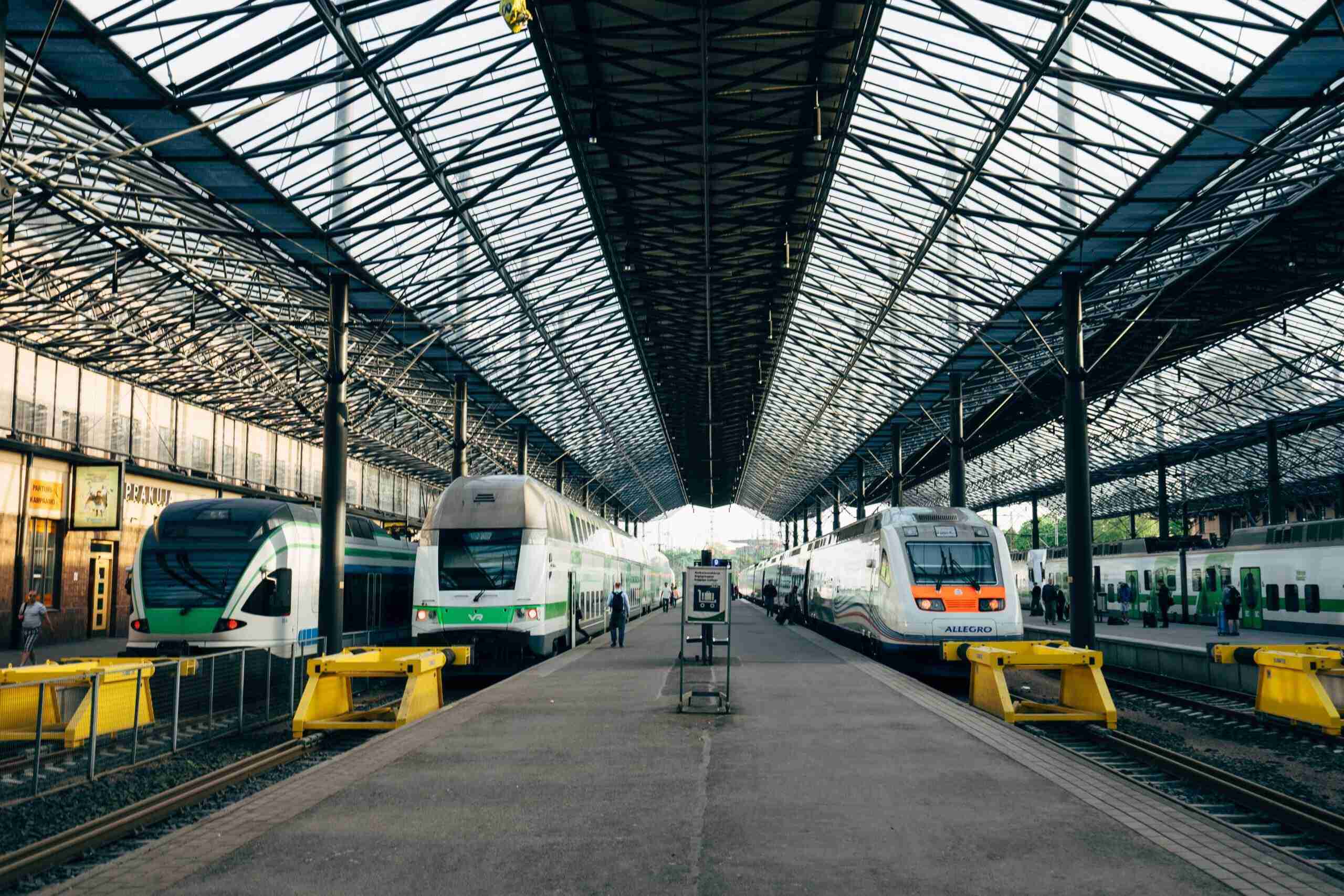 The first car made in the U.S. was more than two decades away, and it was nearly 40 years before the Ford Model T’s mass production really got things rolling. Over time, Americans embraced car culture, but there is no doubt it is deeply entrenched. We wax nostalgic about the freedom of the open road and the magic of Route 66. Today there are more than 275 million vehicles registered in the U.S.

There are few things more convenient than hopping in your car and going wherever you want — until, of course, you have to find a parking spot. But it comes with a cost. Internal combustion engines are not very efficient, costing drivers money in wasted fuel. Cars and trucks account for almost 20% of the total carbon emissions in the U.S. and more than 80% of the transportation-related emissions. The rise of electric vehicles is helpful, but we might be neglecting our old friend the train. High-speed rail could go a long way toward curbing emissions, but it faces a steeper climb than the one up to Promontory Summit.

All it takes is a glance at a map to see why high-speed rail systems are much more prominent in, say, Europe or Japan than they are in the U.S. They’re compact areas with high population densities. Geographically speaking, the U.S. is far more spread out (though so is China, which has 25,000 miles of high-speed rail). 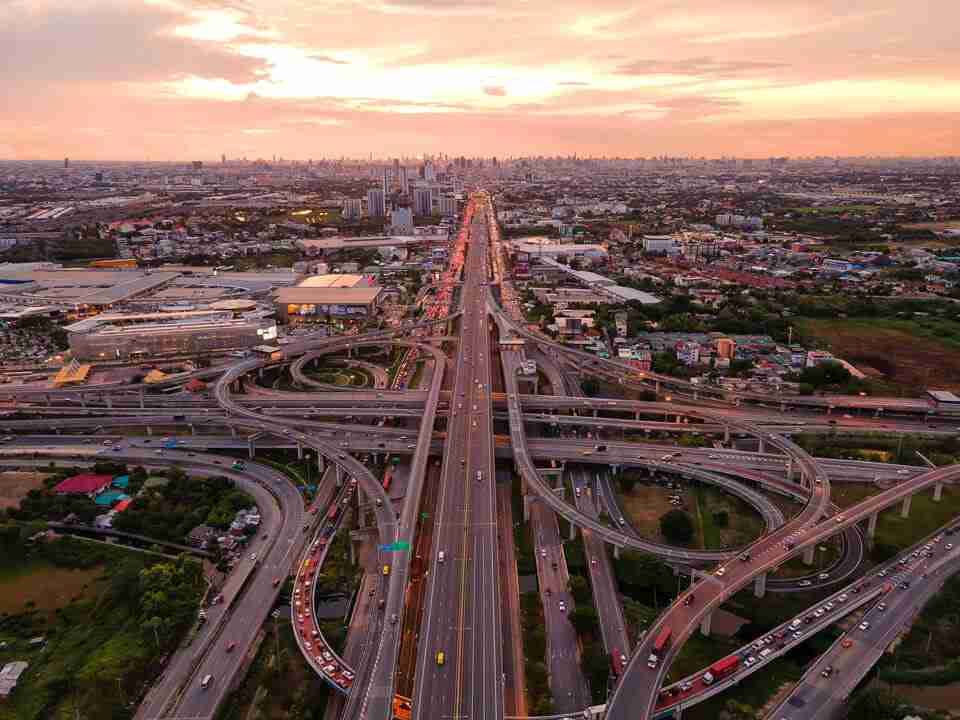 But as 2020 Census data reinforces, the U.S. population is increasingly concentrated in urban areas. Metropolitan areas grew by 9% over the last decade compared to 1% for other areas. Less than half of the country’s counties saw a population increase, but 81% of metro areas did. The 10 largest metro areas all grew.

Our largest cities tend to be clustered together, as well. California is home to Los Angeles, San Diego, and San Jose, Nos. 2, 8, and 10 on the list of U.S. cities by population. Not far from San Jose are San Francisco, Oakland, and Sacramento, which all rank in the top 50. Houston, San Antonio, and Dallas (Nos. 4, 7, and 9 on the list) are all within a few hours of each other in Texas, with No. 11 and rapidly growing Austin sitting directly in the path from Dallas to San Antonio. 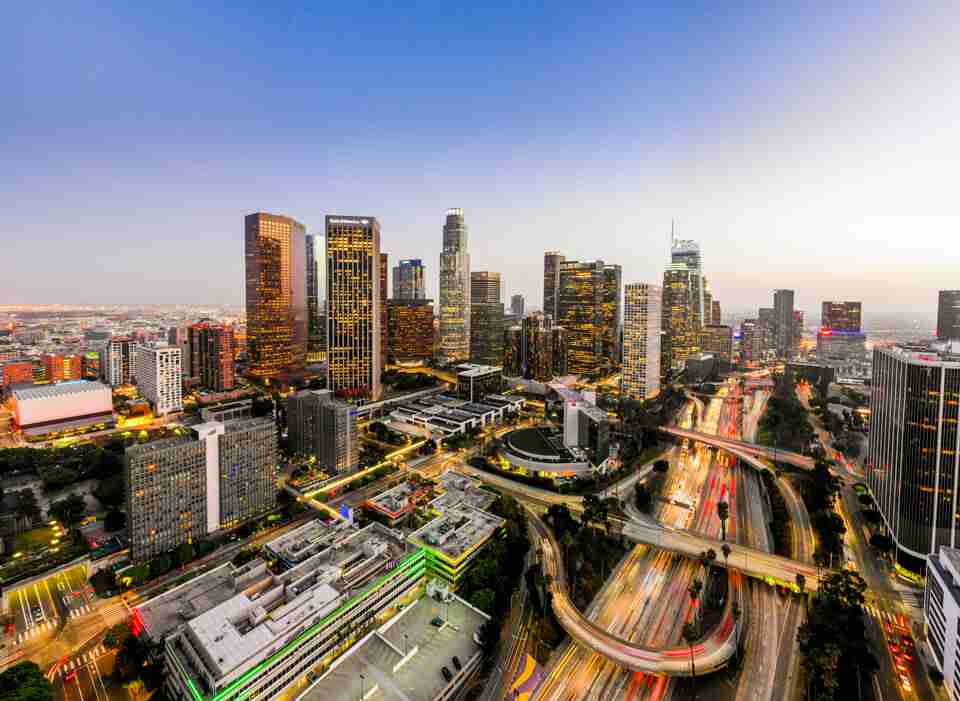 Th only true high-speed rail system in the U.S. is Amtrak’s Acela line, which runs between Boston and Washington, D.C., linking five of the nation’s top 30 cities (No. 1 New York, No. 6 Philadelphia, No. 20 D.C., No. 24 Boston, and No. 30 Baltimore). Acela’s first-generation trains can reach 150 mph, though congestion and outdated tracks limit it to about half that for most of its journey, rendering it not all that high-speed.

Given the concentrations, it would seem obvious — especially to commuters sitting in traffic wasting fuel staring with envy at a passing train — that regional high-speed rail is a good idea.

It’s not as though regional high-speed rail hasn’t been attempted. A combination of ballooning costs and intentional underfunding has derailed projects. Such ambitious infrastructure undertakings take a lot of investment, which means political will and a focus on the long term. Amtrak was on pace to turn a profit for the first time in 2020, its 50th year, before the COVID-19 pandemic limited operations.

After the last economic downturn, the American Recovery and Reinvestment Act included more than $10 billion for high-speed rail. Austerity-inclined governors swept into office by the Tea Party movement returned or refused federal money, and planned projects linking cities in Florida, Ohio, and Wisconsin were scrapped. 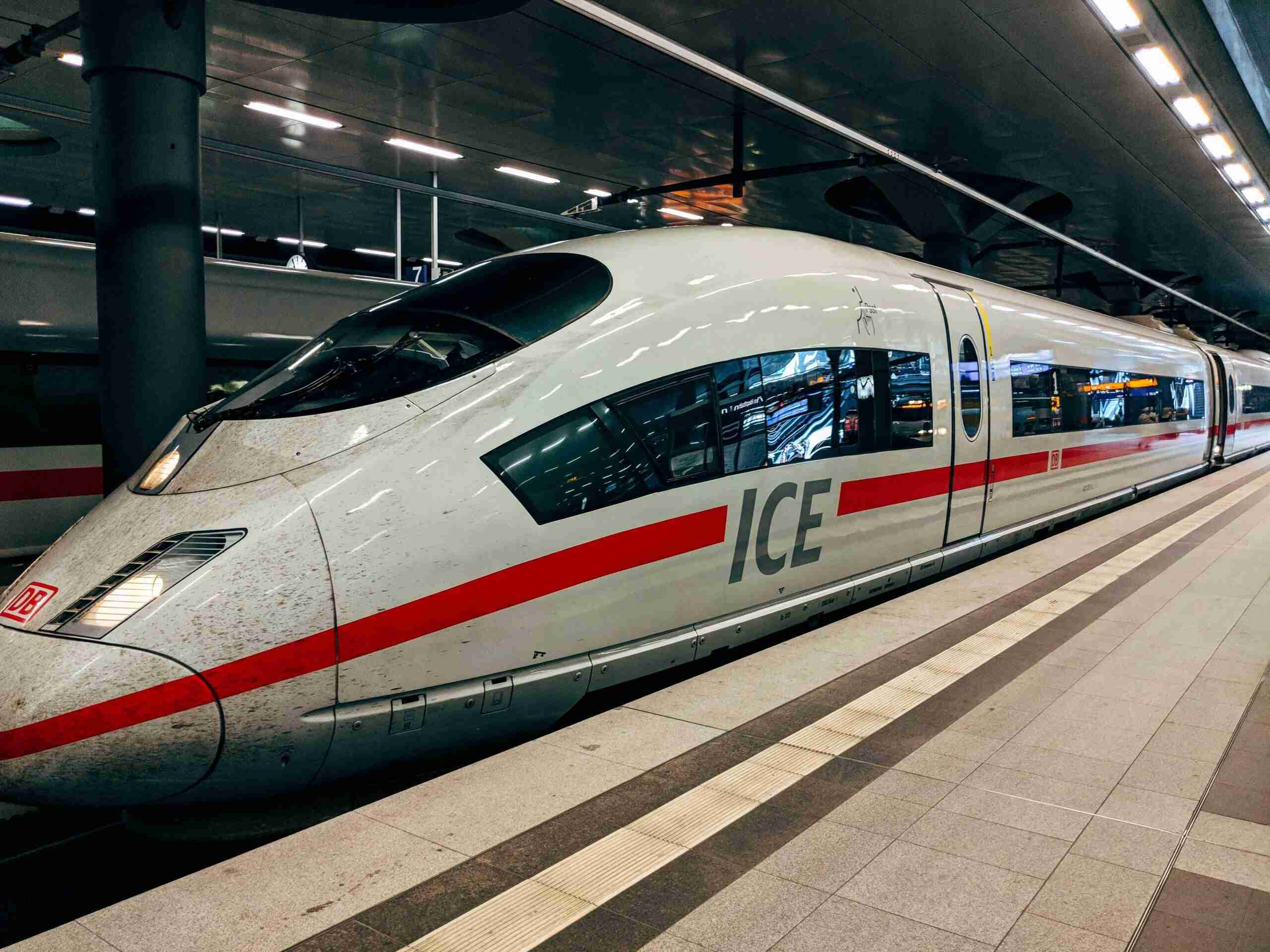 California High Speed Rail, supposed to link the highly populous cities in the Bay Area and Southern California has seen delays and mismanagement to the point that in 2019, Gov. Gavin Newsom scrapped the San Francisco-to-Los Angeles route plans in favor of a smaller scale line in the Central Valley. California voters approved $10 billion in bond funding in 2010. By the time of Newsom’s decision, the estimated price tag was five times that.

“Let’s be real,” Newsom said in his State of the State address. “The current project, as planned, would cost too much and take too long.”

Texas Central has plans to connect Dallas and Houston in less than 90 minutes with trains topping 200 mph. The private company scored a legal victory this year when the state supreme court declined to hear a lawsuit challenging the railway’s ability to claim eminent domain on private property. That came on the heels of a construction contract and just before Texas Central announced Spanish-owned Renfe as the early operator of the line.

Hopes for funding the more ambitious portions of California High Speed Rail, notably connecting Los Angeles and San Francisco in 2 hours, 40 minutes instead of the 6-plus hours it takes to drive, have been resurrected by the infrastructure bills making their way through Congress.

The $1 trillion bipartisan infrastructure bill includes $66 billion for intercity rail transportation, which is both the most the federal government has ever earmarked for rail and not nearly enough to make high-speed rail a reality across the U.S. The California project alone would cost $50 billion at current estimates and making the Acela Northeast Corridor route truly high-speed would cost an estimated $117 billion. 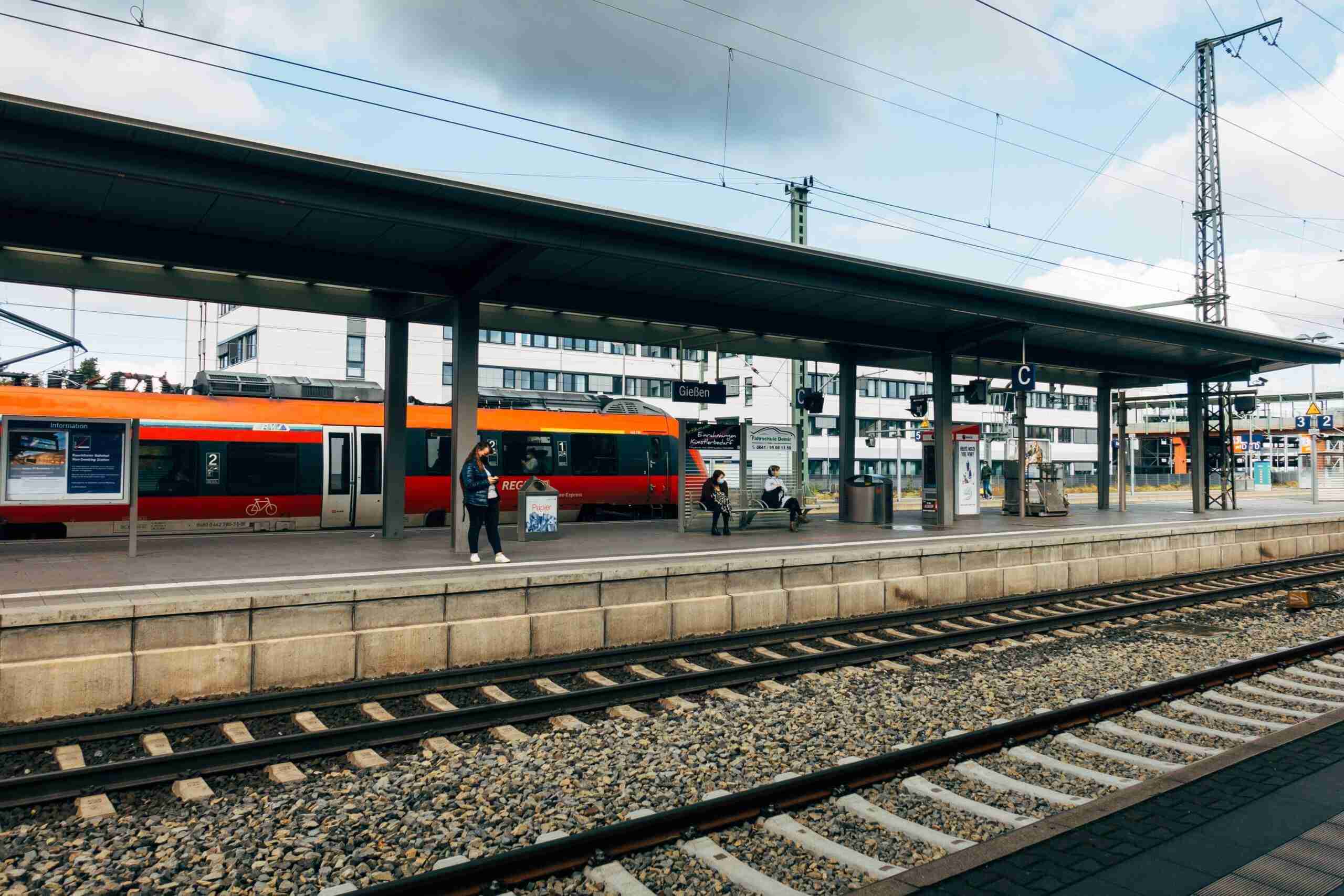 High-speed rail proponents argue the investment would be well worth it. The association proposes 15 regional high-speed rail projects at a total estimated cost of $360.5 billion, a fraction of the infrastructure bills’ combined $4.5 trillion in costs.

“Dollar for dollar, the same money you’d spend on high-speed rail will have probably 100 times the effect of reducing carbon than if you’d spent that money on electric cars,” Andy Kunz, president of the US High Speed Rail Association, told The Hill.

Kunz cited the reduction in air travel along the Eastern Seaboard since Acela’s introduction. California High Speed Rail notes that the LAX-SFO route is the country’s busiest domestic flight path. And it isn’t just people that travel on trains. Heavy, emissions-producing freight does, too.

Maybe it’s time to drive a green spike into our transportation future.