Out of the clear blue sky

Shutdowns have lowered emissions, but they’re not a long-term solution

Shutdowns have lowered emissions, but they’re not a long-term solution 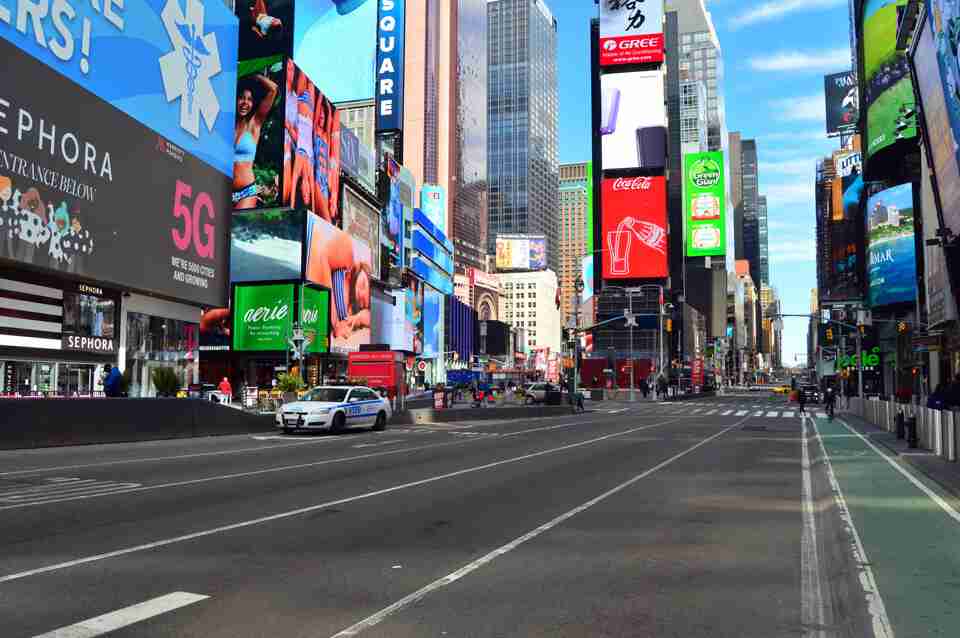 Practitioners of yoga chant “Om” to mimic the natural vibration of the earth. Since human activity has slowed so abruptly as societies shelter at home, seismologists have been able to hear the earth much more clearly. It’s mostly in the form of tiny earthquakes that normally wouldn’t make a peep above the din of rush hour traffic. It’s one of many ways we can measure the impact social distancing has had.

In what has become known as the “Earthquake Game,” LSU’s late touchdown in a 7-6 win over Auburn in 1988 produced a roar in Tiger Stadium so loud it registered on the seismograph on campus. The phenomenon has been noted several more times in American football and around the globe, with the area around Barcelona’s Camp Nou experiencing “Messiquakes” immediately after feats of soccer brilliance from Lionel Messi. Since the shutdowns brought on by threat Covid-19, seismographs now register the inner workings of the earth long unheard, and when it comes to human activity, the silence is deafening.

While it could take months for reports to reveal the exact economic impact, we can already see the effects on the environment. In India, mountain peaks 120 miles away can be seen from the Punjab for the first time in decades. Air quality levels in Delhi, routinely many times worse than the levels considered healthy are in the normal range. While nobody likes having large economies screech to a halt, there are important lessons to take away from the huge decrease in carbon emissions that have accompanied the slowdown. 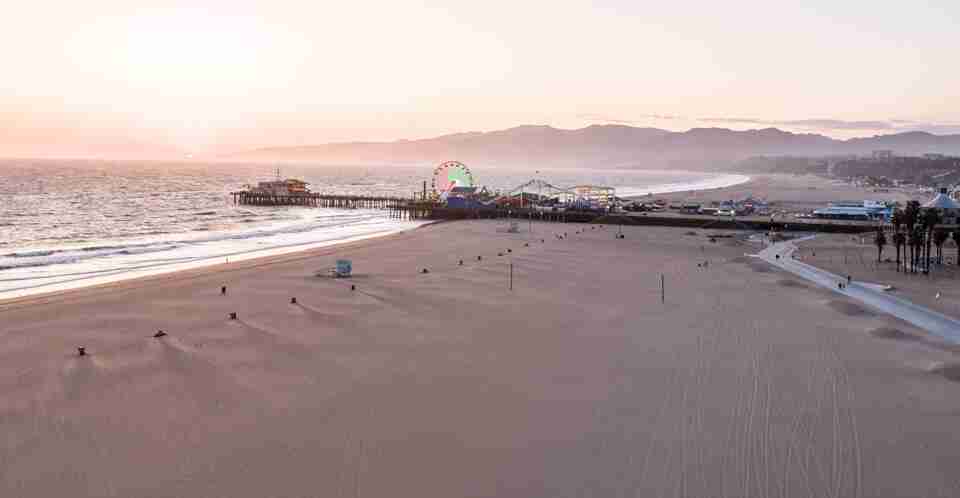 A review by the Guardian found that global carbon emissions could drop by 5% in 2020, accounting for 2.75 billion tons of reduction, a drop larger than the combined total from the economic recessions of the last 50 years.

While factories in China have begun to reopen, energy demand won’t see a noticeable rise until this month at the earliest and will return to normal levels no earlier than September. That’s assuming there is not a second Covid-19 outbreak large enough to spark another wave of closures. Pollution levels from carbon emissions in the country have fallen by 25%.

Electricity usage has dropped between 10-15% in major cities such as New York, Los Angeles, Chicago, and Detroit as restaurants, bars, and offices have closed and tighter restrictions are in place because of large outbreaks. “In terms of this scale of event, I don’t think we’ve had in recent history anything like this hit the grid,” Energy Information Administration analyst April Lee told the New York Times.

Photos of Los Angeles without smog have circulated online as the city shot its way up air quality leaderboards for major cities. Industrial centers across the globe have experienced similar jumps in air quality as normally clogged roadways are devoid of traffic and factories are not blowing smoke into the sky round the clock. 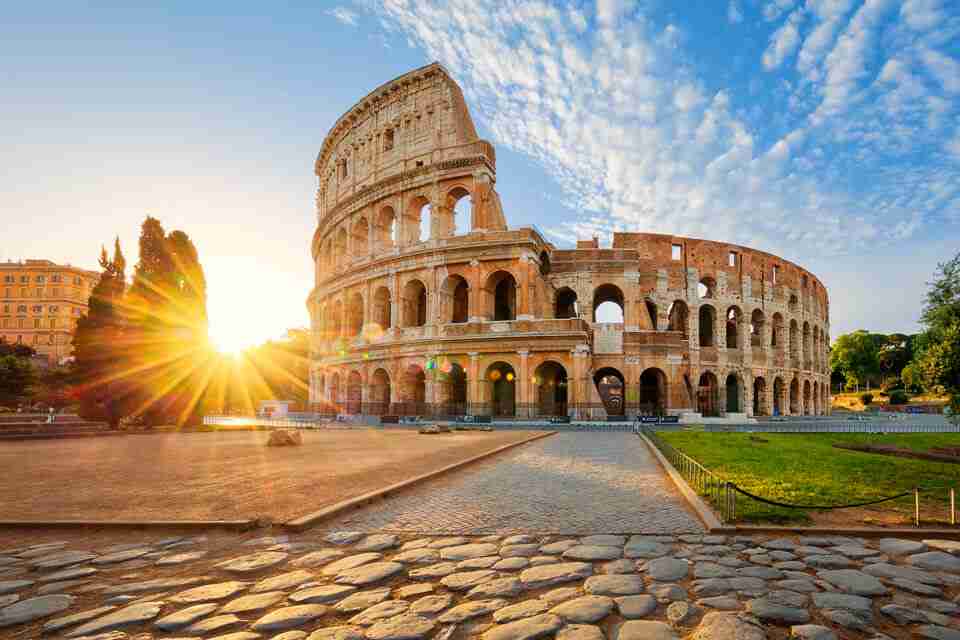 A decrease in emissions and a boost in air quality is certainly welcome, but it probably has come too late to save lives in these polluted cities. A Harvard TH Chan School of Public Health study found that prolonged exposure to air pollution translates to higher death rates from Covid-19 since it is a respiratory illness. “We found that an increase of only 1μg/m3 in PM2.5 (fine particulate matter) is associated with a 15% increase in the Covid-19 death rate,” the researchers wrote after surveying 3,000 US counties covering 98% of the population.

The findings correlated with increased death rates due to air pollution during the 2003 SARS outbreak and with a study in Italy that showed poor air quality as a significant factor in the high Covid-19 death rates in the country’s industrial north.

Yes, the problem is magnified when people who have lived in polluted cities for years contract Covid-19. But there was already a higher risk of death from any cause for people who have been exposed to air pollution over decades. That problem will still be around when cities get back to business unless aggressive action to reduce carbon emissions is taken. The coronavirus pandemic has highlighted the issue, but it remains to be seen whether governments and industry will redouble their efforts to develop cleaner sources of energy so that when the next pandemic comes people won’t be at a disadvantage because of the air they’ve been breathing. 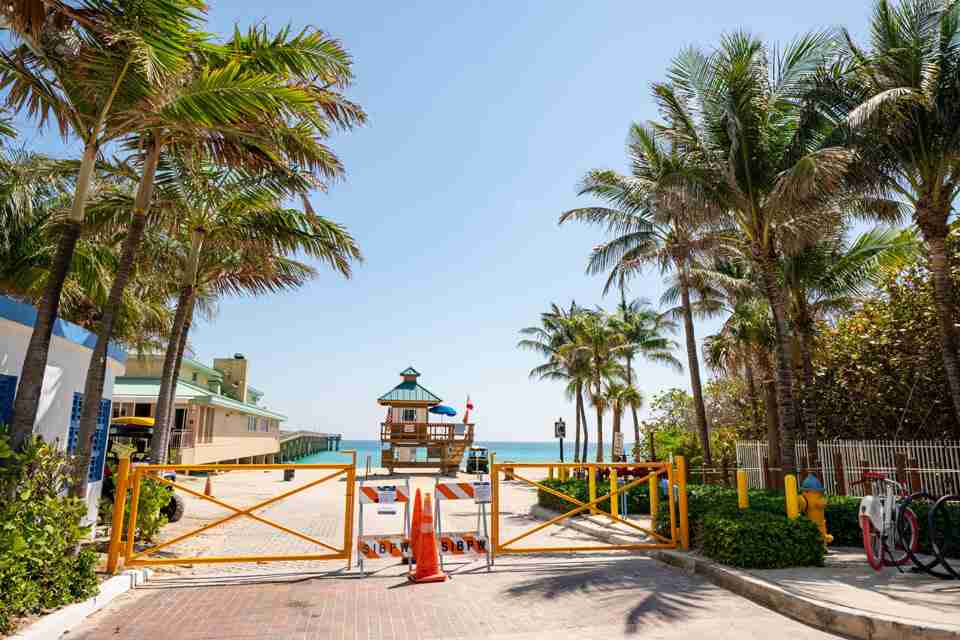 Nobody wants this to be the way carbon emissions are reduced, of course. But does this dramatic downturn move the world closer to heading off climate disaster? Probably not. Lower oil prices and an expected cratering of used car prices will keep people driving gas-powered cars. With factories shut down or switching gears to make medical equipment, electric cars aren’t rolling off the assembly line. Recessions commonly see a drop in emissions followed by a spike as recovery begins, with a steady increase afterward. Energy companies strapped for cash will be less likely to invest in developing renewables.

It’s likely, however, that a significantly higher percentage of people will continue to work remotely after the pandemic, which would keep pollution from cars below their pre-coronavirus levels. There are other hopeful signs, as well. Governments have been forced to adapt to the situation on the fly, often tossing out party principles in favor of policies that respond to the moment. They and the general public are seeing how taking drastic action before a crisis gets bad can pay huge dividends. Two months ago, social distancing was a foreign term to most of us. Now, not only have we each heard it about a million times, practicing it has saved countless lives. Unlike with climate change—which occurs gradually enough that it can be hard to see the effects on our day-to-day lives—it’s easy to see how an ounce of prevention has been worth a pound of cure when it comes to Covid-19.

“The public is coming to understand that in that kind of situation you have to act in a way that looks disproportionate to what the current reality is, because you have to react to where that exponential growth will take you,” Elizabeth Sawin of think tank  told Yale Environment 360.

If the pandemic results in collective action to tackle the climate problem head-on, it will be one of the silver linings of a terrible experience. Then we can all get back in tune with the humming of the earth.