An influx of lithium mines in Nevada are expected to help supply the world’s high demand.

An influx of lithium mines in Nevada are expected to help supply the world’s high demand.

The existence of Nevada lithium mines is not news. Albemarle Corporation’s recently acquired Silver Peak has been mining and processing lithium in Clayton Valley, Nevada since the 1960s for use in electronics, greases, ceramics, glass, and medical applications.

However, lithium mines in Nevada have been getting more attention because of the increase in demand for smartphones, laptops, electric cars, and energy storage for wind and solar plants.

Paul Tullis noted that according to Deutsche Bank and Macquarie Research, “the next several years will see an increase of 60 percent to 250 percent in demand for lithium.” They also project that lithium sales will be at least 50 percent above historical levels.

What is it that has industries turning toward the lightest metal on the periodic table?

Simply put, lithium ion batteries provide the longest lasting recharge and shelf life, the most energy per weight or volume than other battery chemicals, and most importantly, they are cost effective.

For example, the lithium in a Tesla costs about $500 less than a roof rack.

“The cost of lithium is absolutely nothing compared the overall price of the vehicle,” added Edward Spencer, former Senior Consultant at CRU International.

Another incentive is the idea of an abundance of reserves in the ground, which Deutsche Bank estimates is worth 185 years of supply“The next dozen years will drain less than 1 percent of the reserves on the ground,” they added.

Tesla is well aware of these benefits, with Elon Musk referring to lithium as “the salt on the salad.” Tesla recently signed a deal with one of the lithium mines in Nevada, Pure Energy Minerals located in Clayton Valley, to supply its Gigafactory. The Clayton Valley and the Gigafactory are relatively close, just 200 miles away from each other. The close proximity helps both companies reduce supply chain costs. 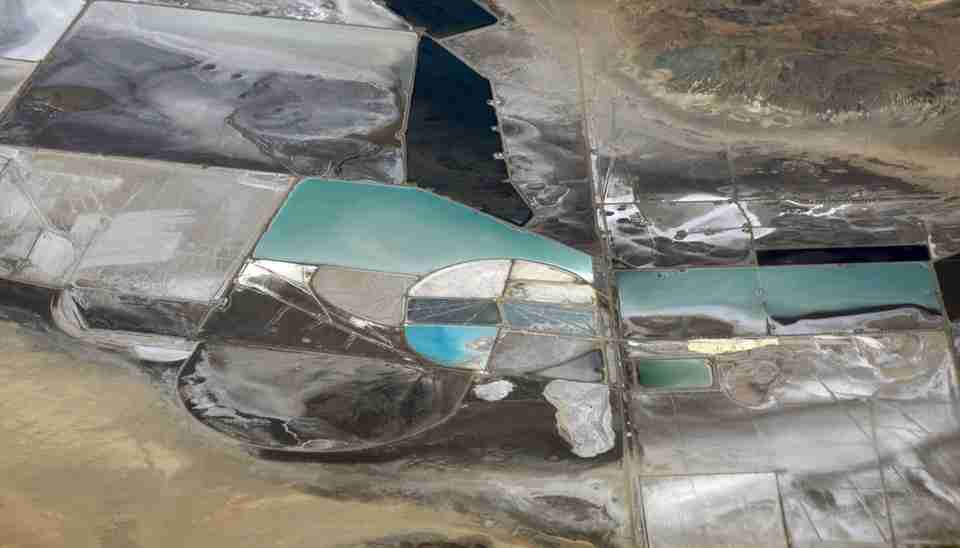 Because of the projected lithium mining increase, Bloomberg suggests suppliers will have to meet the demand that will require production rates comparable to the output of 35 Gigafactories. This means Nevada lithium mines are about to balloon.

Considering the only lithium brine operation in the U.S. is in Clayton Valley, Nevada, it is logical that the state would experience a lithium rush.

“…it is the combined area of all five linked catchments that matter, making the effective area of the Clayton Li-brine system much larger,” reported the United States Geological Survey (USGS).

The USGS “calls the Clayton Valley the best-known deposit in the world for lithium,” because it is “a closed and tectonically active basin, an arid climate, elevated heat flow due to hot springs and young volcanoes,” and lastly, because in the 1970s “hectorite was believed to exist in the basin.”

Currently, there are ten lithium companies with active projects in the Clayton Valley, and 11 around the state, notes Werber.

According to Tullis, the four companies that provided 88 percent of the world’s lithium in 2015 can’t keep up. He added that lithium contract prices have increased from $4,000 per metric ton in 2014 to as high as $20,000 today. This means that while there is no shortage of lithium, there is a strong need for more lithium mines.

“Lithium is likely here for the foreseeable future. In a few years, Nevada may be supplying a battery market that’s almost twice the size of today’s,” adds Tullis.