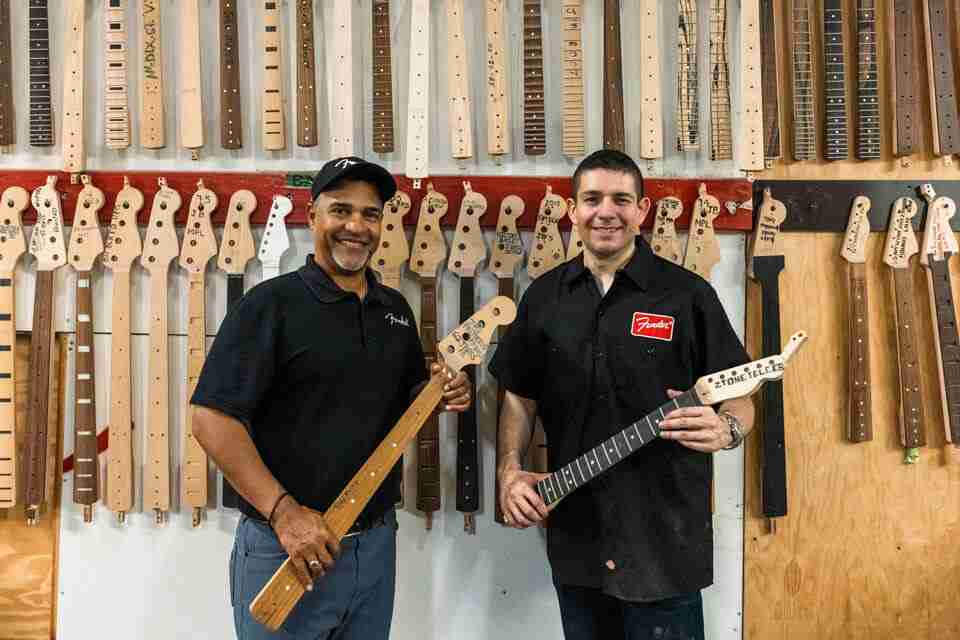 Culture is shaped by the behaviors that you recognize and celebrate, says Sal Montes, vice president of manufacturing and operations for Fender. That flips the axiom, “the culture of any organization is shaped by the worst behavior the leader is willing to tolerate” on its head, and it goes a long way toward explaining how the iconic instrument maker is enjoying a period of unprecedented growth.

There has certainly been plenty to celebrate at Fender the last couple of years, as the company grew 20% in 2020 and 30% in 2021. But that success has not come without unique challenges. Having a lot of people wanting to buy your product is a good problem for any business to have, but the COVID pandemic took things up to 11. With a lot more free time on their hands, 16 million Americans took up guitar, a Fender and YouGov study found.

“The term that we’ve used is, we just tried to stay two steps ahead of the bull there,” Fender executive vice president Ed Magee told BOSS. “The opportunity to be in growth mode in the middle of a global pandemic was certainly a challenge.”

Fender has risen to that challenge and a few others — such as custom-making an acrylic guitar in two weeks for H.E.R. to play at the Grammys — with Montes and Magee celebrating their people at every milestone.

“Celebration is key,” Montes told BOSS. “Every step, you have to celebrate, you have to recognize. That keeps the morale and the motivation of the team high.” 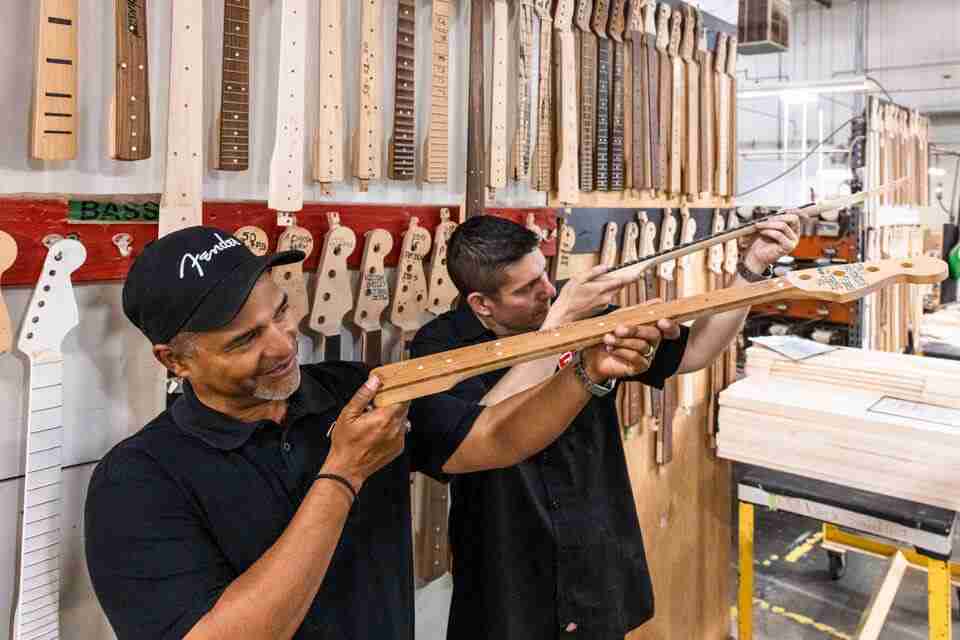 To keep up with demand, Fender built an acoustic factory as an expansion of its Ensenada, Mexico, facilities. It opened in May 2021. The company launched new factories at its OEMs in Asia. Montes and his team are in the midst of an expansion at the Corona, Calif., facility that will nearly double the previous square footage.

It also gives the opportunity to create a workplace where employees are proud to walk into, to connect them to the purpose and mission of the company. With a three-year product plan, employees can get a feel for the innovations they’ll be creating.

“We’re creating experiences,” Montes said. “They engage with the plant, with the brand, and with the future vision. We’re giving them visibility. … They’re able to say, ‘I want to stay here. I want to be a part of this project.’”

There is an advantage, Montes and Magee admit, to representing an iconic brand. But that connection with employees is earned by showing them the fruits of their labor. La Santa Cecilia was the band to play in the Corona factory during the pandemic, helping to lift spirits.

“When you work for a company with an incredible purpose, it makes it — I don’t want to use the term easy — but that specialness is a gift. Watching the connection between our employees and the people who take the instruments they create and turn them into amazing music, that motivates people every time,” Montes said. 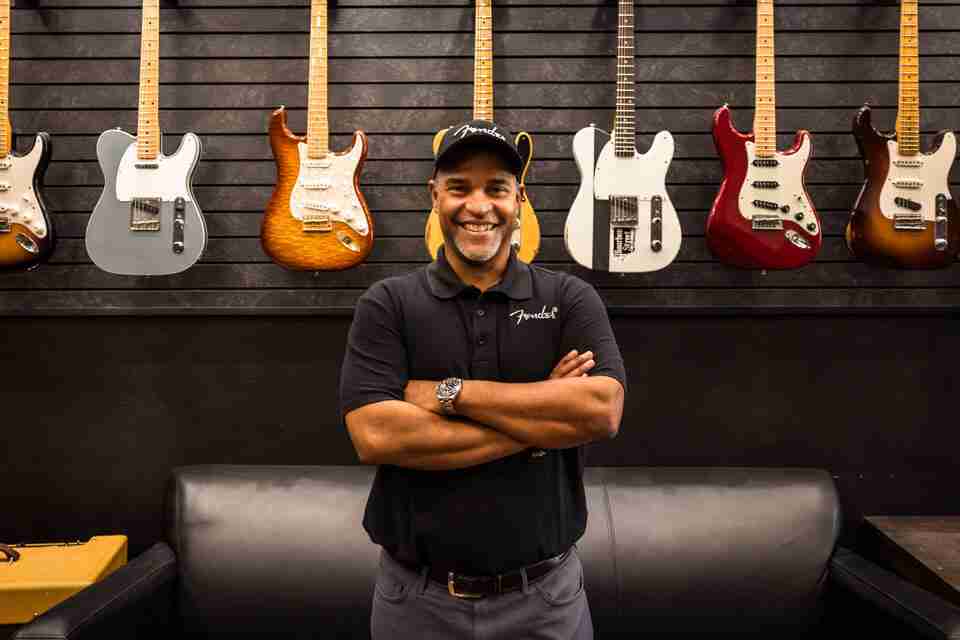 There are burdens that come with shepherding an iconic brand into a new age as well.

“We want to respect the past and celebrate the past, but also not be constrained by it in what we create in the future,” Magee said.

With that in mind, marketing spend under CEO Andy Mooney has gone from 4% of revenue to 10%, and chief marketing officer Evan Jones has spearheaded an investment of nearly $100 million in connecting directly with customers to familiarize new generations with the Fender brand.

Recently, Fender launched Beginner’s Hub, a network of online resources that includes every tool a new player needs to start, stick with and eventually master their guitar, bass, or ukulele. They also have a program called Fender Next that supports 25 up-and-coming artists each year with gear, social and marketing campaign support

Past and future sometimes blend, as with the Acoustasonic, inspired by the question, “If Leo Fender could design an acoustic guitar today, what would that look like?”

“A guitar is basically a sonic paintbrush,” Magee said. “When you’re writing, you want a lot of flexibility to use that paintbrush in new and creative ways.”

So, the product team made sure the Acoustasonic was a great tool for songwriting, had lap playability, and could cast a wide array of sounds. The designer is attuned to the new music that’s been written, has relationships with the artists making it, and uses that knowledge to craft body shapes and styles to facilitate creativity.

That was especially important during the early stages of the pandemic when touring came to a halt and artists were home writing music. Fender’s artists relations team made sure the 3,000-plus artists they support had what they needed, and quickly. As touring resumed and artists hit the road again, Fender had to hustle to make sure they were fully equipped, including any custom requests that came in.

“They use our instruments as tools to make their craft,” Magee said. “We want to make sure they feel supported as they get out on the road and share their gifts.” 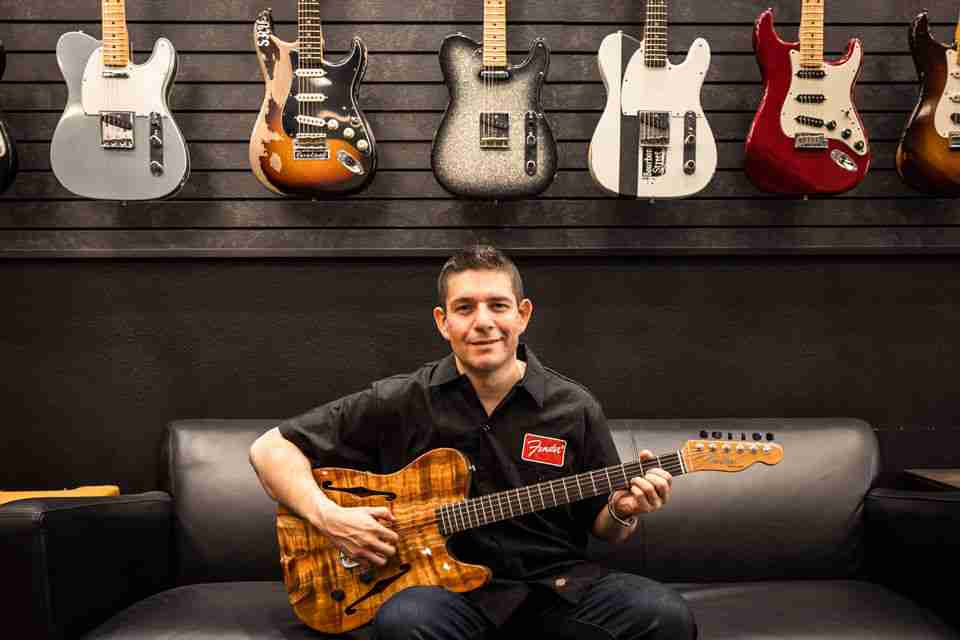 Magee spent 15 years in the Marine Corps before running three Harley-Davidson plants and eventually joining Fender. The most important leadership lesson he’s learned is, “They won’t care what you know until they know that you care.” No skill is as meaningful as ensuring your employees understand you care for them as humans with hopes, dreams, and families. The pandemic provided countless opportunities to demonstrate that, he said.

“A team is not a group of people that works together,” said Montes, whose previous stops include GE Aircraft Engines and Honeywell Aerospace. “A team is a group of people that trusts each other. It’s important to be able to share first as a leader that, ‘I’m not perfect. I don’t have all the answers. In fact, I need you.’ Creating a culture where employees feel secure, safe, and needed is the main thing I’m bringing to the table.”

Both Magee and Montes say the first place they try to look when things aren’t going right is the mirror. It’s a lesson Magee picked up from Dave Bozeman, who was the outgoing plant manager when Magee took over his first Harley-Davidson plant and is now VP of Amazon Transportation Services. Bozeman told Magee he’d left a gift in the desk drawer that held secret wisdom in times of crisis.

“I was curious after he left,” Magee laughed. “There was an envelope that had my name on it. I opened it up, and there was a mirror.”

As Fender looks ahead, Montes said reaching a goal is the easy part, maintaining and sustaining it is the where the difficulty lies. He’ll be celebrating every step on the ladder.

Leo Fender once said that “all artists are angels” and it was his job “to give them wings to fly.”

That goes for the people who craft the instruments as well as the ones who play them.