Back to school blues

Each method of reopening full of pratfalls

Each method of reopening full of pratfalls

The dilemma has been the same in just about every household with school-age children across the US. It’s been discussed in every school district. What’s the best course of action for school this fall? In person? Online? A combination? When schools closed their doors in March, few imagined the pandemic would still be bad enough to force this decision. In an ideal world, there’d be no question because COVID-19 would be contained by now and kids would be in classrooms. Sadly, that is not the case, and many schools were late in developing a plan because of this failure of imagination.

Even in countries that have handled the pandemic much better than the US, schools have still had to shut down after COVID clusters broke out. Schools in several states have already done the same quickly after opening. What we’re left with is choosing between public health and child development, with the productivity and mental state of working parents and teachers taking a big hit too. 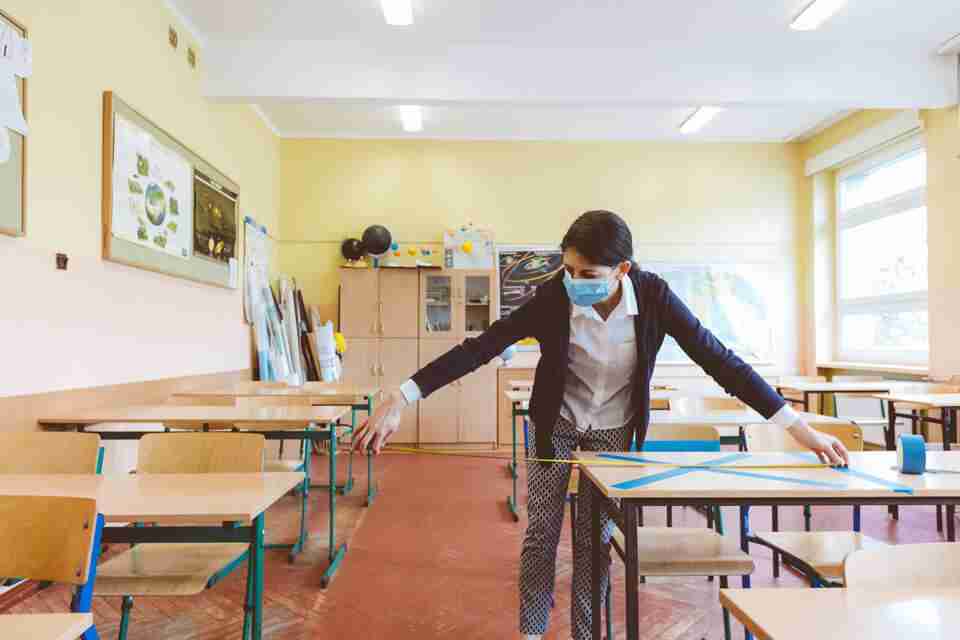 While young children are generally less susceptible to COVID-19 than teenagers and adults, they’re hardly immune. A child under 5 in Iowa and a 6-year-old in Tennessee are among the recent young victims of the novel coronavirus who have died. Death is obviously the worst outcome, but it’s not the only bad one for kids. In April doctors began noticing Multisystem Inflammatory Syndrome in kids who had been diagnosed with COVID-19. The percentage of kids who come down with the syndrome is relatively small too, but that still can translate to big total numbers when dozens of kids are in contact with each other for long hours.

Other kids also aren’t the only people to worry about. There are teachers, administrators, janitors, bus drivers, and other adults whose presence is required for schools to run and who can suffer more dangerous consequences than the kids might. There are also parents, grandparents, and other relatives to worry about to whom the kids might unwittingly spread the virus without showing symptoms themselves. 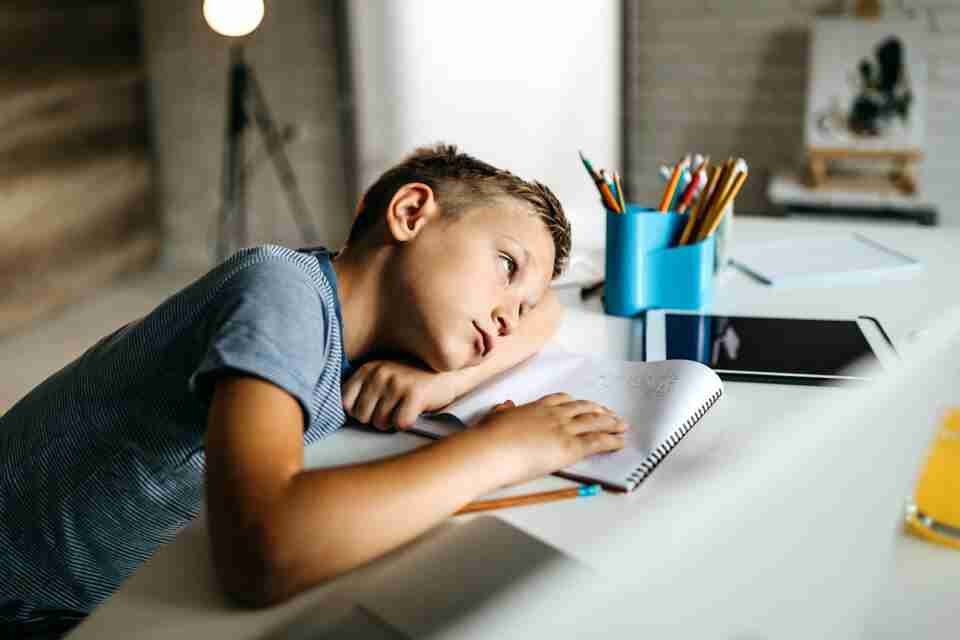 Risks in Not Opening

Kids might have complained about going to school before the pandemic, but it was good for them, and there was a lot they enjoyed about it.

“Schools play a really central role in children’s lives, and it’s just not possible to deliver all of the services and benefits of schools when you are in a remote learning situation,” Danielle Dooley of the American Academy of Pediatrics told Scientific American, “being around your peers, being around a community of supportive adults—that’s really critical for a child’s development. They need that contact with their peers in order to grow.”

Kids model behavior from their parents, of course, but they also learn from kids their own age and often interact more comfortably with their peers. Nobody wants to be shut in with mom and dad all day and night with no friends, and there are countless ways in which peer groups play a role in childhood development.

Kids also learn a lot from teachers and books, of course, which play an equally big role throughout their lives. Dooley also pointed out that as many as 30 million children rely on the meals schools provide. You can still get a lesson over the internet, but you can’t get a full belly that way. That assumes you have internet access at home, which millions of schoolkids—mostly from disadvantaged backgrounds—don’t.

Like with contracting COVID-19, there are potential negative consequences we might never know the full extent of.

Colleges and universities have taken different approaches, too, with varying results. The University of North Carolina switched from in-person instruction to online only after an outbreak in the first week of classes. A week after that, more than 30% of tests at UNC were coming back positive. Clusters at North Carolina State a few miles down the road caused a similar shift to remote instruction, though students remain on campus. The universities aren’t returning money paid for room and board after their plan of relying on college kids to maintain extreme discipline went awry.

The clusters also halted football practice at NC State. Saving the college football season has been a source of controversy around returns to campus through the summer. Many schools initially said if students weren’t on campus, there would be no football, but outbreaks on campus and remote-only learning haven’t shut it down. Among the five major football conferences, the Big Ten and Pac-12 have already announced there will be no football in the fall and are exploring winter/spring seasons. The Southeastern, Atlantic Coast, and Big 12 conferences have pushed schedules back a few weeks but are pressing ahead with plans to start play this month.

Notre Dame, which will play an all-ACC schedule this season, had no positive tests among the football team, but when the rest of the students arrived on campus, they brought a COVID outbreak with them. The mayor of Tuscaloosa, home to the University of Alabama and its powerhouse football team, shut down bars for two weeks in an effort to halt the spread after the university recorded more than 500 cases in a week. A lost football season could cost Tuscaloosa in the neighborhood of $200 million.

Major college football is big business, and the debate over whether to play has brought to the fore an already heated debate about the compensation players get vis a vis the amount of revenue they generate. 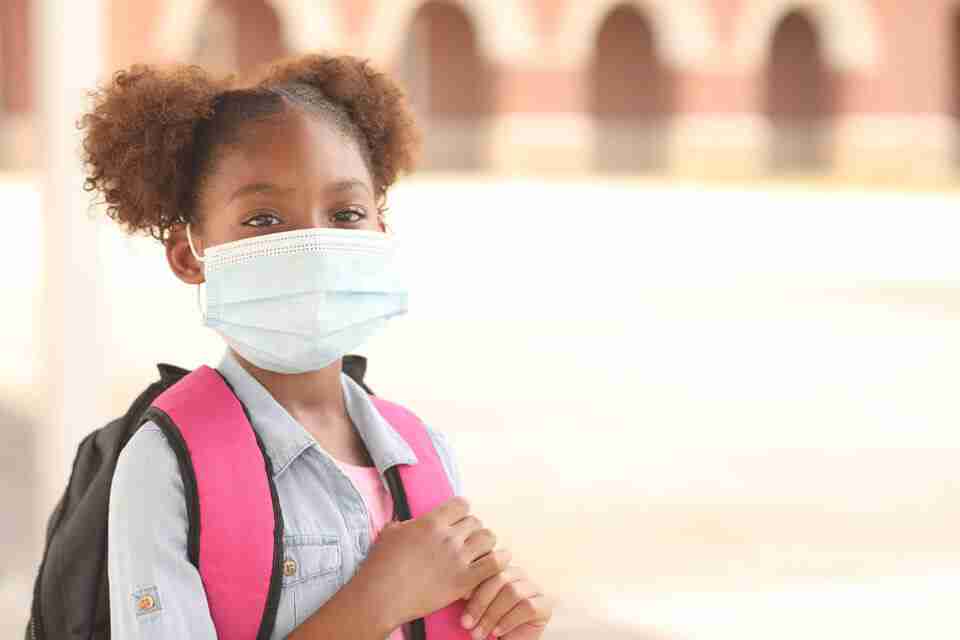 Without fully committing to all in-person or all-online instruction, some schools are going with a hybrid model in which kids rotate in and out of the classroom a few days a week and spend the rest of the time learning at home. This helps free up space to keep the kids who are in class 6 feet apart. But it also means kids spending a lot of time possibly interacting with more people outside the school then potentially bringing virus in with them.

“So I actually think that the hybrid model is probably among the worst that we could be putting forward, if our goal is to stop the virus getting into schools,” Harvard T.H. Chan School of Public Health epidemiology professor Dr. William Hanage told WGBH radio.

What he suggests is having kids in class the whole week and instead rotating out teachers to keep older and more vulnerable teachers from exposure to potential spread from their students.

One hindrance to studying which methods are most effective has been that school districts in some states are going to great lengths to hide COVID outbreaks in their schools, in essence choosing allowing the virus to spread over dealing with the PR headache of acknowledging the outbreaks.

We don’t have as much data on how effective online learning is for school-age kids, but we do have some. Most studies point to in-person learning being more effective, which is no surprise. It might be the safest option in a difficult choice for parents and schools that have nothing but bad options, but it sure doesn’t appear to be the future of learning.