While Amazon is only dreaming of using unmanned aerial vehicles (UAVs), or drones, to deliver goods to customers, mining operations are already using them to...

While Amazon is only dreaming of using unmanned aerial vehicles (UAVs), or drones, to deliver goods to customers, mining operations are already using them to improve operations around the world. Although their use in some regions is still not a reality, other mining operations are quickly realizing how beneficial the devices can be for increasing the efficiency of mining operations. As the benefits of using drones are realized, the cost and time savings for the mining industry as a whole will continue to grow. 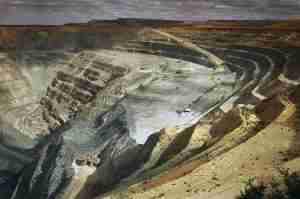 Because of their relative low cost, drones are a welcome addition for mapping sites, improving designs for haul roads, erosion detection, and meeting a wide variety of other planning and management needs. In a recent article, Mike Hutt, head of UAV projects for the U.S. Geological Survey pointed out that, “It may cost $2,000 per hour to rent a helicopter. Our Costs for sending a couple of operators out with a system is under $200 dollars an hour.” That type of savings potential is crucial for mining explorations and maintenance operations.

In addition to ease of use and the cost benefits enjoyed, mine operations also benefit from the degree of preciseness possible when using UAVs. Adam Karol, of Geoprojekt, in an article published by sUAS News, stated,

“From our point of view, the greatest value of the measurements performed with EasyMap drones is the new quality of area mapping. The level of details of the report is impressive for customers.”

That level of detail provides precise data, allowing users to accurately map sites and measure the volume of pits, even under extreme conditions. With safety being a concern for all mining operations, the use of drones to assist with planning and production analysis minimizes the danger to employees conducting the research. Drone based data collection not only provides quality information, but does it quickly and safely. 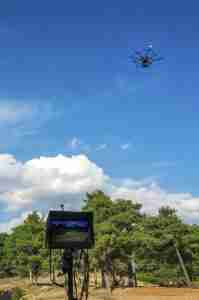 Of course, there are issues with drone use. Specifically, the legal framework for using drones is far from complete. It was only recently that Territory Iron was able to obtain permission from the Civil Aviation Safety Authority (CASA) to utilize drones at its Australian operation. CASA certified operators are still rare, but the number is expected to increase quickly.

Potential users in other countries, notably the United States and Canada, are still unable to use the technology without some difficulty. Until the legal issues are resolved, the full implementation of drones in those areas will be, at best, difficult.

Because UAV technology is rapidly evolving, the uses for UAVs are expected to explode in the future. As the hardware and software dedicated to mining improve, experts expect to see the use of drones expand exponentially. The implementation of drones will be especially significant in regions once considered too remote or dangerous for mining operations. In a 2014 Bloomberg Business article, writer David Stringer predicts, “Technological advances in the development of drones and robots will help create mines of the future in remote locations such as Mongolia that can be directed from NASA-inspired control rooms in the first world cities in the U.S. and Australia.”

To some, that prediction may seem viable only in the realm of science fiction, but modern mining operations are striving to make it a reality. They understand drones are, indeed, going to play an increasingly important role in mining around the world.