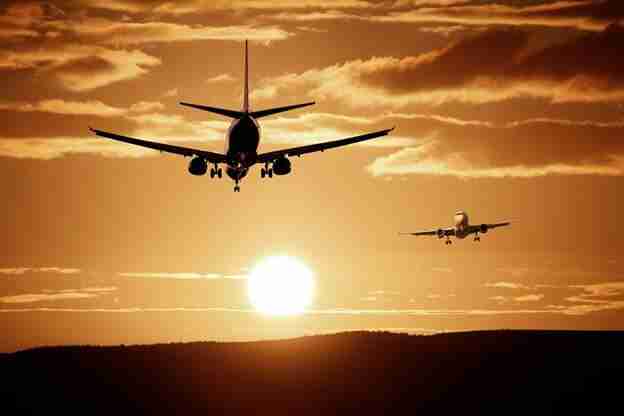 ZeroAvia, based in Hollister, California, in the United States, and Kemble in the United Kingdom, is now a member of the Global Coalition for Sustainable Aviation. The coalition is part of the International Civil Aviation Organization (ICAO), a specialized agency of the United Nations.

The coalition promotes sustainable international aviation, acting as a forum through which stakeholders can develop new ideas and accelerate innovative solutions that reduce greenhouse gas emissions at the source. It also aspires to provide input into the development and implementation of a basket of measures and consider a long-term environmental objective related to international aviation.

Across its work, the coalition aims to raise awareness on progress made toward reducing carbon dioxide emissions from international aviation. It has developed a tracker tool that demonstrates historical progress by members and others.

The coalition looks for trendsetters when identifying new potential members.

The coalition approaches potential partners such as ZeroAvia to join the coalition based on their influence and role in the industry and the potential for them to have the highest possible multiplier effect for results collectively achieved. For example, as the industry looks for emerging solutions and opportunities, key players in renewable energy, battery production, and agriculture are possible partners.

Neither the ICAO nor the coalition is a regulatory body.

CEO Valery Miftakhov founded ZeroAvia in 2017. The company is building hydrogen-electric powertrain technology that it expects to compete with traditional engines for propeller airplanes. The company aims to create zero-emission, low-noise products and expects to begin selling products by 2023.

ZeroAvia aims to make zero-emission air travel possible at scale, beginning with 500-mile, short-haul trips. It expects to disrupt the existing air travel industry and create a demand for 100,000 units over the next 10 years.

Its zero-emission powertrain can reduce trip costs by 50 percent via its 75 percent reduction in fuel and maintenance expenses. It aims to create a powertrain suitable for use in 10- to 20-passenger fixed-wing aircraft. Doing so at the start will allow for the benefit of existing infrastructure and simplify regulatory issues.

In 2019, the company completed its first electric-powered flight tests. In 2020, it achieved an eight-minute test flight of its powertrain in a six-seat Piper Malibu. In December 2020, the company was granted £12.3 million ($16.3 million) from the U.K.’s Aerospace Technology Institute (ATI) Programme to create a 19-seat hydrogen-powered aircraft capable of completing a 350-mile flight. The company plans to develop this aircraft at Cotswold Airport, a private airport near Kemble, Gloucestershire, England.

Miftakhov, the company’s CEO, is a licensed pilot. He has dreamed of flying planes while electrifying them as a means of transforming commercial aviation. The hydrogen-electric powertrain technology has resulted in the company’s HyFlyer I project, working with the European Marine Energy Centre, which developed the necessary fueling systems and airport infrastructure.

The company has attracted the attention of investors and industry watchers alike. It has received more than $53 million in private funding and attracted investors such as Amazon and Shell. In its most recent round of funding, it secured $24.3 million, led by Horizons Ventures and including participation from Breakthrough Energy Partners, Ecosystem Integrity Fund, Shell Ventures, Summa Equity, and SYSTEMIQ.

As part of its recent funding round, ZeroAvia has formed a partnership with British Airways, looking to the startup business to help achieve its net-zero goal by 2050.

In May 2021, ZeroAvia was named one of 10 finalists by NASA iTech to present its findings at the 2021 Cycle I Forum. NASA selects finalists for their innovative approaches and technologies that can assist NASA’s mission or strategic priorities. In addition, the forum connects industry experts, NASA chief technologies, and investors who could support cutting-edge technologies and bring them to market faster.

ZeroAvia was also named a finalist in Fast Company’s 2021 World-Changing Ideas Awards in the transportation category. The company was recognized for its work to decarbonize the aviation industry with its powertrain technology.