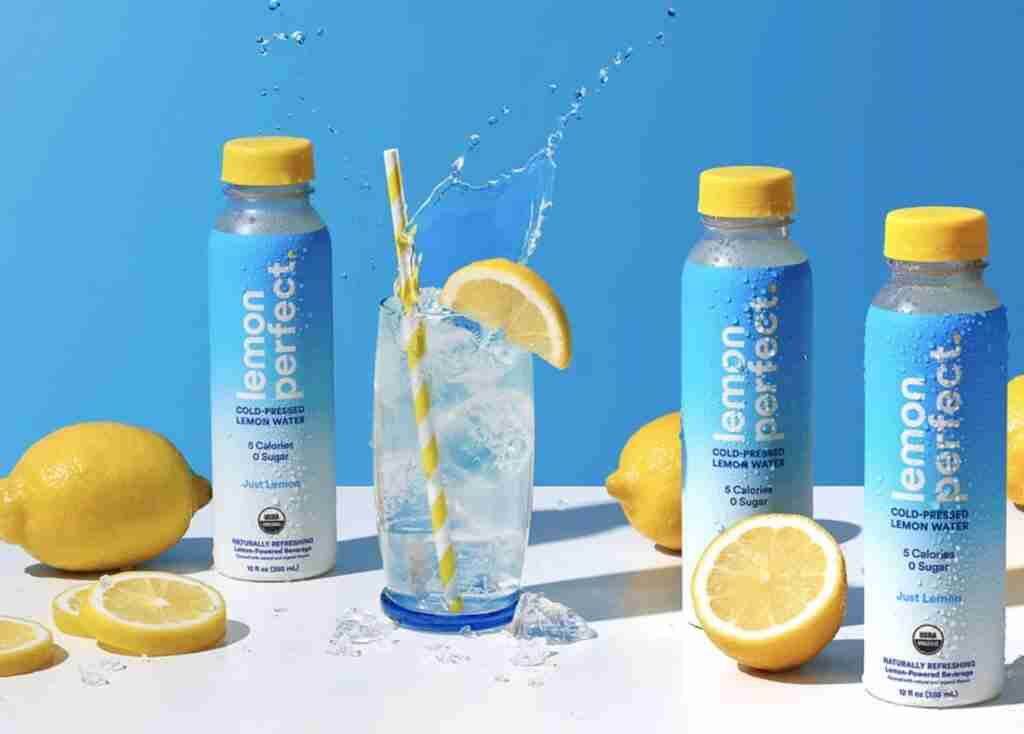 Coke and Pepsi have dueled for more than a century over which soda’s fizz tickles more taste buds. These legendary rivals own the bulk of the global soft drink market, but they’re looking over their shoulders for the first time in recent years. The massive popularity of sodas has declined as more consumers abstain from beverages containing artificial sweeteners and high sugar concentrations.

Hufnagel hopes to reach a $5 billion valuation in the future through this 5-calorie, zero sugar lemon water he calls “the magical intersection of good for you and great flavor.” The brand currently has a $100 million-plus valuation.

A $5 billion valuation is not an unreasonable dream. In 2007, The Coca-Cola Company acquired vitaminwater for $4.2 billion in cash when it bought its parent company, Glacéau. According to food and beverage market researcher Fortune Business Insights, analysts expect the global functional water market to grow from $13.8 billion in 2021 to $22.97 billion in 2028.

“We’re going to change the way people drink water,” he told Ray Latif on BevNET’s Taste Radio podcast. “To do that, you have to be able to play on price.”

Americans love their sodas. Inexpensive and ubiquitous, sodas quench thirst while providing a jolt of energy via caffeine, sugar, or both.

But in recent years, Americans have experienced the disastrous side effects of their love affair with the sweet, sparkly stuff. There’s been an uptick in the health complications of excess sugar consumption, including type 2 diabetes and obesity. Overwhelming evidence reveals that imbibing too much sugar is the most significant factor in the obesity epidemic in America and around the globe.

The adverse health outcomes of drinking sugary sodas helped birth the enhanced water category in which Lemon Perfect now competes. Popular forerunners Bai, Hint, and vitaminwater have populated the healthier-than-soda space for years, offering alternative waters that deliver ingredients with functional benefits. For example, the coffeefruit is the nutritional foundation of Bai, an all-natural, 5-calorie enhanced water. A superfood already used in supplements, coffee fruit is rich in antioxidants that prevent free radical damage that leads to chronic human disease.

‘Magic Inside the Bottle’

Bai played a part in inspiring Yanni Hufnagel to create Lemon Perfect. For a decade, he coached university basketball for legendary teams, including the Vanderbilt Commodores and Harvard Crimson, and every morning he drank water infused with the juice of a squeezed organic lemon.

“It became a nonnegotiable part of my daily routine,” he says. “And I hated it.”

Like the coffeefruit in Bai, lemons contain powerful antioxidant properties—but Hufnagel loathed his drink’s tartness. Then he experienced an aha moment when he saw college basketball players chug Bai in the locker room.

The budding entrepreneur knew if coffeefruit could give life to a drink tasty enough to satisfy young basketball players, organic lemons could do the same. Hufnagel became determined to create a delicious drink made with natural flavors and plant sweeteners and sold at an affordable price.

“There’s nothing in the category with our flavor profile, the freshness of our flavor profile, our nutritional deck, and zero sugar,” he says. “We’re bottled in 100% recycled plastic, and we’re organic. I think we’ve got magic inside the bottle. When people drink the brand, they come back in a big way, and the data suggests that.”

“The American consumer is still shopping price,” he says. “Our barrier to trial is low.”

Hufnagel’s savvy strategy was to draw people to the brand with a low barrier to trial—unlike the platinum-plated prices of some cold-pressed juices. He told investors and management he planned to “compress the margin story early to build a great margin story later” with the $1.99-a-bottle beverage.

“Everyone looked at me like I had nine eyes,” he says. “Maybe they’re starting to look at me like I have two again because everything I said could happen is starting to happen. It’s because we’re putting scale behind the business.”

Today, Hufnagel says he loves seeing Lemon Perfect everywhere, from Whole Foods in Beverly Hills, California, to Dollar General in Baton Rouge, Louisiana. The store with the most sales in the U.S. is a Publix in Palm Beach, Florida, which sits in one of the toniest ZIP codes in America. Lemon Perfect’s fourth highest sales belong to a Publix in Lakeland, Florida, which maintains a much lower median household income than Palm Beach.

“It doesn’t matter how much money you make, what you look like, where you shop, where you live,” Hufnagel says. “Flavor knows no boundaries.”

“The four Ps that I consider paramount to winning in the beverage business are product, price, packaging, and people,” Hufnagel says. “We got that right early on.”

While building the beverage’s formula, Hufnagel wasn’t sensitive to the cost of the ingredients in the recipe. But now he understands that “dumb luck” created a combined ingredient cost that allows Lemon Perfect to drive down its unit economics through attainable measures.

“What’s hard to cure is if you have an expensive ingredient deck,” Hufnagel says.

“My heart wants this brand to be ubiquitous,” Hufnagel says. “Sometimes you get one opportunity to build something that can be ubiquitous in the way that Lemon Perfect can be.”