The German industrial group announced the completion of a power-saving, ropeless elevator.

The German industrial group announced the completion of a power-saving, ropeless elevator. 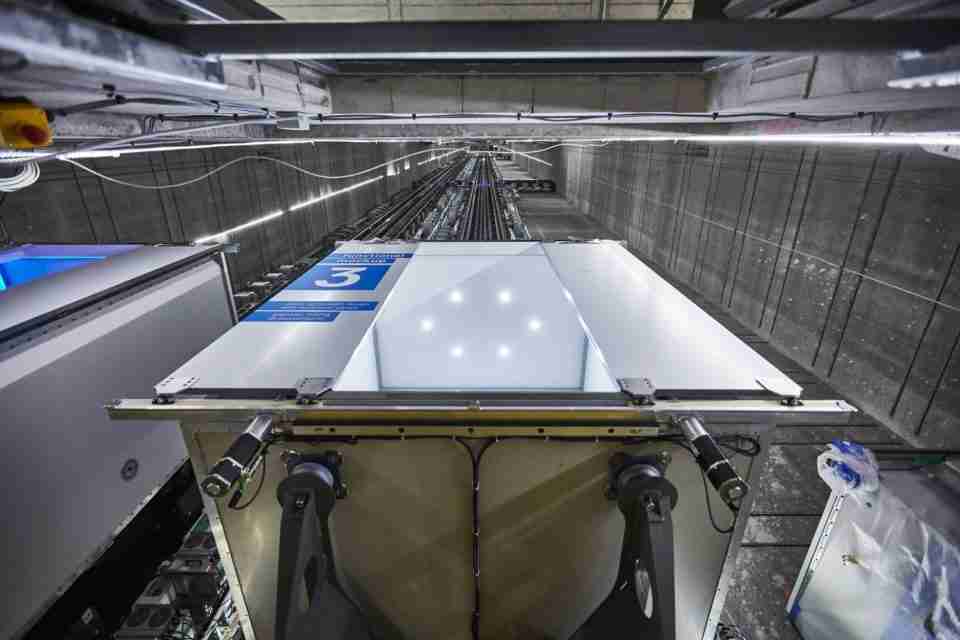 The manufacturer has been successfully testing a prototype in their test building located in Rottweil, Germany.

The elevator’s creators applied the same magnetic levitation technology that was used on the proposed Hyperloop and in Japan’s bullet train.

The elevator of the future has been dubbed MULTI and it is not hard to see why considering its MULTI ple capabilities.

Not only can the MULTI elevator move horizontally, vertically, and diagonally, but it also has the potential to reduce peak power demand by as much as 60 percent.

The elevator can also increase transport capacity by 50 percent and a building’s usable area by 25 percent.

In a statement, ThyssenKrupp explained that these factors “mean a dramatic improvement for high-rise buildings.

“Additionally, since MULTI can move sideways as well as vertically, and without any height limitations, it enables unprecedented possibilities in the architecture and design of buildings.”

Antony Wood, Executive Director of Council on Tall Buildings and Urban Habitat, has lauded MULTI  as the “biggest development in the elevator industry since the invention of the safety elevator some 165 years ago.”

“The ‘holy grail’ of elevators has been to move beyond being pulled vertically by a rope under tension—towards a system that allows movement in inclined or horizontal directions. MULTI, more than any other product delivered today, really shows the way forward for that potential.

“This has the capacity to transform the industry at large, changing the way tall buildings are designed, and allowing for much more efficient core designs, as well as better connectivity in buildings,” added Wood.

How it Works
Similar to an underground railway system, the MULTI elevator was built within a system of single slim shafts that can accommodate as many cabins as needed.

The number of cabins on the passageways can fluctuate depending on traffic demands and times of the day.

Markus Jetter, Head of Product Development at ThyssenKrupp, explained that the exchanger selected for the elevator has been the key behind MULTI ’s full range of movement.

The company reviewed 20 different concepts before ultimately selecting the design found to optimize the MULTI elevator’s range of mobility.

The concept selected gives MULTI the ability to change from vertical to horizontal movements and possibly every angle in between.

“Where a full cabin is stopping at every floor and people are smiling at each other outside and inside the elevator and nobody is getting out or in, this will change,” said Andreas Schierenbeck, CEO of ThyssenKrupp Elevator. 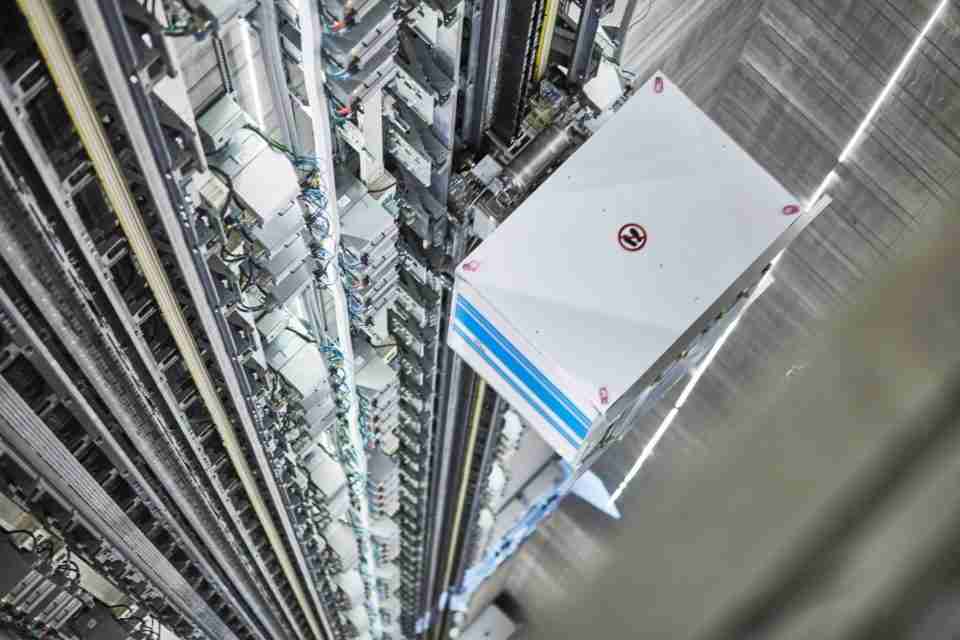 With OVG Real Estate having already bought the MULTI lift system, the future of the innovative elevator system is promising.

The developer is currently building what is being lauded as the most sustainable office building in the world, making the MULTI elevator system the perfect addition.

“With the horizontal movement of the MULTI, you can connect buildings. You can connect train stations with your buildings, you could even have your own cabin waiting for you at your hotel room—all these things which have been a little bit science fiction maybe three, four, five years ago are now possible,” added Schierenbeck.