In our exclusive chat, Vice President of Workplace, Julien Codorniou demonstrates the connective and innovative potential of Facebook’s enterprise software

In our exclusive chat, Vice President of Workplace, Julien Codorniou demonstrates the connective and innovative potential of Facebook’s enterprise software 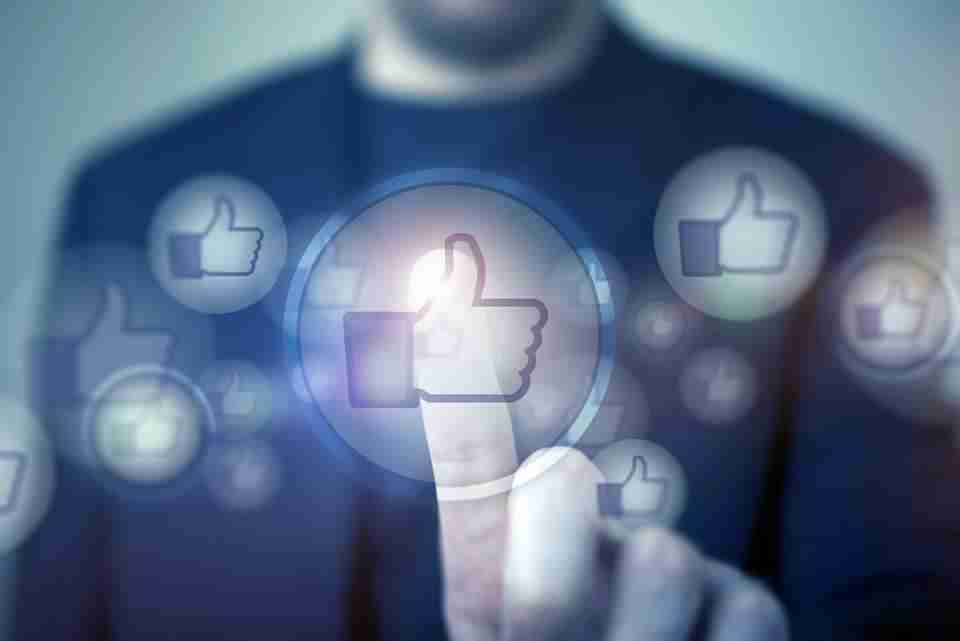 Mark Zuckerberg shared with Charlie Rose in 2011 that Facebook was switching lanes. The social media behemoth—which could still be considered a fairly young company by today’s standards despite its $8.81 billion Q4 in 2016 and its stronghold on its industry—wanted to be recognized as a partnership company rather than a business that built things like many of the companies in Silicon Valley.

“We built a platform on top of which people connect,” he said on Rose’s show, highlighting the importance of the connection rather than the platform.

Collaboration, communication, and partnerships are core pillars on which Facebook operates. Its goal to permeate every mobile device, computer, and inch of the earth continues to take hold, and each new service and partnership the company creates brings Facebook closer to this reality.

Its most recent project—Workplace by Facebook—has created a new space for the company to not only bring its mission of partnership, but to dominate the enterprise collaboration space.

Streamlining Workplace Communication
There’s no shortage of enterprise technology in the business world. As quickly as technology moves today, it seems like a new company is releasing its innovative, email-killing application daily.

A few options stand out from the crowd. Slack passed four million daily users—and 1.25 million paying users—in October of 2016. Microsoft has joined the scene with Teams, and already boasts a user list of more than 50,000 companies.

Recently, Workplace by Facebook has publically joined the enterprise scene, although it has been cooking internally at the mammoth social media platform for a while. As of April, Workplace had 14,000 organizations on board, and was being used on every continent including Antarctica, in 77 languages.

Workplace, previously called Facebook at Work in its early testing days, started as an internal tool Facebook used with its own employees.

Julien Codorniou, Vice President of Workplace, has a passion for enterprise software that tracks back to early in his career. He joined Facebook in 2011 to head up the gaming team in EMEA (Europe, the Middle East, and Africa) before leading the global Platform Partnerships team and then heading up the Workplace team.

“When we started using the first generation of Workplace internally at Facebook, we helped streamline things like newsletters and began to communicate almost solely through our groups,” he said.

It has been the default communication and collaboration platform within Facebook for the past seven years.

When clients started expressing interest in something similar for their organizations, Facebook compiled a team to explore building a Facebook for work. Two and a half years ago, it progressed to its beta phase, culminating in one of the longest beta programs in the software industry.

The beta period, which attracted interest from behemoth institutions like the Royal Bank of Scotland and the government of Singapore, provided lots of feedback and insight to how Workplace could be improved prior to its official launch.

“Our mission has always been to make the world open and connected,” Ramesh Gopalkrishnan, Head of APAC at Facebook Workplace, shared. “We see a great opportunity to connect people, to give everybody a voice, and to really make the work environment more open, more connected, and more productive as well.” 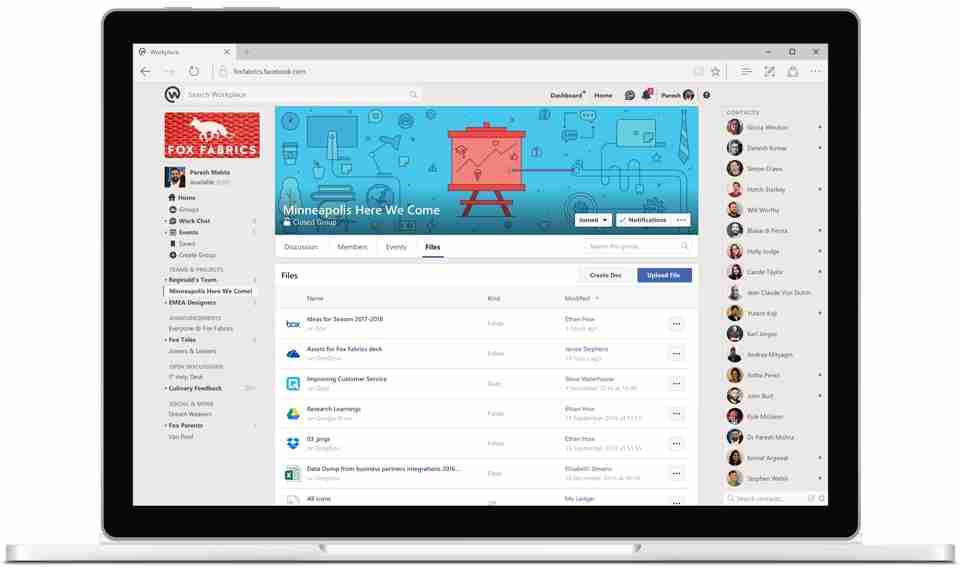 Besides offering company pages and advertising opportunities, interoffice communication doesn’t seem like it has a place on the social media platform that is Facebook. Codorniou would agree.

That’s why Workplace is separate from its predecessor. Although it looks and feels like Facebook, it has a completely separate login that’s specific to your company.

“It was important to separate work from home. It’s integrated with a company’s IT system, meaning login is through your company and your company’s designated password for you,” he said.

You don’t have to worry about your vacation photos from that trip to Cabo ending up on your coworker’s feed either, because of the unique company sign-in. Once you leave that company, you don’t take the account with you.

In function it’s Facebook, plain and simple: that’s what makes it so desirable. The social media platform  hit two billion monthly users at the end of June in 2017, making it one of the world’s most widely-used services, if not the most.

“Adoption is easy,” said Codorniou, “because everyone already knows how to use the majority of the functions that come from Facebook.

“The main reason people use Workplace is that it is very familiar. When you have to deploy enterprise software it is a complicated experience; it’s like learning a different language. With Workplace, adoption isn’t difficult.”

The fact that it looks and feels like Facebook is one of its biggest selling points. Mobility, too, is incredibly important to its success. Facebook is geared specifically towards the mobile audience, so adapting it to a work function wasn’t much of a stretch.

Creating a Different Kind of Workplace

Workplace is attempting to disrupt the industry, but what it won’t do is disrupt your work day—it’ll make it easier.

“About 18 months ago we shared Workplace with the Royal Bank of Scotland, then added Club Med and a few other companies in the U.S. We noticed that every time we checked back with them, more people at the companies felt more connected.

Why did the industry need disrupting? What was wrong with the enterprise software solutions of five years ago? In short, the field wasn’t prepared for the next generation of workers.

“Millennials are joining companies with different expectations than past generations,” Codorniou said. “They want to be given a voice, to have a voice within the company. They expect to use tools that are just as fast, as mobile, as nice as the ones they use in their personal lives.

“These two things, plus the explosion of deskless employees, have created something very interesting in this generation of talent, and enterprise software has to respond.”

Companies can drastically reduce the need for internal collaboration tools such as their intranet, telephone systems, video conferencing, and distribution lists. It can do more than help simplify communications—it inspires all levels of the company to embrace digital and mobile.

Workplace finds a home in large companies with employee bases that sprawl several locations and even globally. The company has included a translation integration that further opens the doors of business for companies that are willing to look beyond their local pool for recruiting.

Retail is a sweet spot for Workplace. Around 90 percent of major retailers are looking to add mobile tech to their floors or already use it. With a company-provided phone in the hand of every retail worker, Workplace gives that company another way to bring the workforce together.

Workplace is a favorite of Starbucks’ new CEO Kevin Johnson, a great example of a large company connecting its boots on the ground—the store managers—to the rest of the company, no matter the location of the store.

Singapore’s government—over 150,000 people—has adopted Workplace since it was in beta testing two years ago. Non-profits like Save the Children have also found value in the application.

Partnerships
Entire governments, important nonprofits, and even the place where you buy your daily coffee have realized the importance of bringing everyone in the organization together to improve the products and services they offer. Workplace has done this.

Creating this level of collaboration within a company is incredible, but the ability to extend collaboration beyond the organization would add another tier that other enterprise software solutions don’t offer. Workplace has also done this.

Multi-company groups let you collaborate with people from any other business that uses Workplace.

Workplace is still a new product, and we are no doubt going to see a tremendous amount of growth and changes in the coming months from the Workplace team in London. Although it operates separately from Facebook, and is the first product from Facebook not to be built and grown from its current headquarters in Menlo Park, one thing is for sure: Workplace proves Facebook’s mission of wanting to connect everyone, even at work.