Women in Engineering: The Answer To An Industry In Crisis 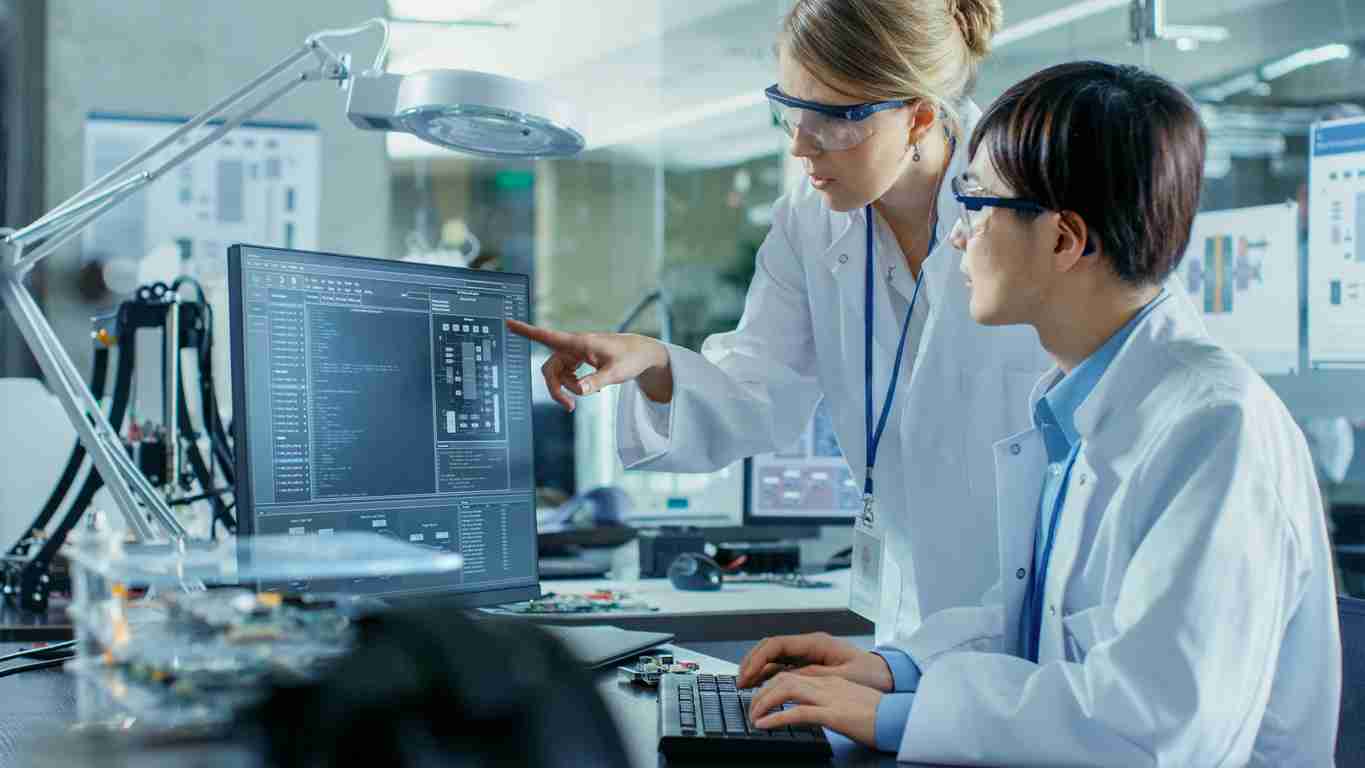 Three years ago, Engineering UK declared the engineering industry to be in a crisis period. Quite simply, the industry is hemorrhaging workers. And although it is difficult to track just how many are leaving each year (estimates put the number between 69,000 and 186,000), what is clear is the paltry flow of 46,000 engineering students and apprenticeships is nowhere near enough to cover the shortfall.

Things are even worse now due to a weakened EU labor force, which cannot solely be blamed on Brexit (as economic conditions have improved across Eastern Europe, many EU migrants are returning home for work).

What can be done to save this crucial but often overlooked sector? The answer it seems has been staring us in the face this whole time. At 51 percent of the population, women actually outnumber men in the UK — but they are woefully underrepresented in the engineering workforce. Today, women make up approximately 11 percent of engineers; a slight increase from 9 percent in 2016, but still an alarming disparity. And with only about 14 percent of female A-level students pursuing a STEM (Science Technology, Engineering and Mathematics) course, it doesn’t look like things will rapidly improve any time soon.

The United Kingdom is, and historically has, always been an incredibly resourceful country. It was the first to industrialize; to invent the Scientific Method, and many ideas fundamental to the ideals of ‘progress’ have come from its shores. Which makes it all the more remarkable that it actually lags behind many other countries when it comes to equality between the sexes in the STEM fields.

For example, the UK has the lowest proportion of women in engineering out of any other country in Europe. The UK is even outperformed by many North African countries, such as Tunisia, and Algeria, and to the East, by India, Malaysia, and more.

What could be the reason for the UK’s gender disparity? Many theories have been put forward. One is that the UK has traditionally (before gender-pay gap reporting became mandatory) had a ‘live and let live’ arm’s length with business. Others have actually said that greater gender parity abroad is a paradoxical symptom of fewer liberties for women — at least in the non-European cases — and that with more personal freedom, women naturally choose less STEM-related professions.

But the most popular theory for the disparity in the UK is that it is a cultural one. And particularly an Anglo-cultural one, meaning the United States shares the same problem, too.

Is the Anglosphere really to blame?

The United Kingdom has always identified slightly differently to the rest of mainland Europe, and even Western Europe. And over the last few centuries, millions of UK residents have settled abroad and founded so-called “Anglo-Settler” societies (Canada, the United States, Australia, New Zealand) which we now call the Anglosphere.

Given that gender parity is an issue in all of these countries (although we shall soon see how Canada gets on with the introduction of gender quotas), could it be that something about the Anglo culture is holding women back?

Sarah Peers of the International Network of Women Engineers & Scientists seems to think so. Peers has argued that negative stereotyping, and a pro-masculine, pro-male culture in the engineering world is discouraging to women. That there is even a motherhood ‘penalty’ that penalizes expecting or new mothers, who cannot be available on-call twenty-four hours a day, unlike a male colleague. Peers believes that an even spread of child-centric duties will help matters; for example, by giving men more time off to look after the children. Peers also thinks more needs to be done to spread the message from the well-meaning and intentioned HR and PR departments of companies from the bottom to the top.

Another manifest part of the culture that holds women back may lie in the way we teach engineering to young men and women. Understandably, a previous lack of female representation may have reinforced notions of an “Old Boys Club” — but there may also be something in the way we communicate with women that puts them off, too.

There is an old idea that women favor “people,” while men prefer “things.” However true this is, is irrelevant — because engineering is about both. The key, then, is to reach out to women in a way that resonates more with them.

For a positive example, we can look at the recent success of Ashesi University in Ghana. There the computer science program has almost exactly 50/50 representation of men and women. How did they do it? The president of the University claims it meant less talking about problem-solving (although that was still a key factor) and more talking about how engineering can help to improve the environment, and by proxy, the lives of others.

Creating an environment in engineering that’s welcoming to women

There is another, troubling issue, which is less discussed. And that is whether the male-majority — whether with sub-consciously bias or through plain old sexism — makes women uncomfortable in the workplace by acting inappropriately.

In one study, 63 percent of female engineers said they had been touched inappropriately, or have had sexual or sexist stereotypes directed at them. One woman, on Reddit who wished to remain anonymous, claimed that her male colleagues used to openly discuss her anatomy while she was in the room.

Another study found that 40 percent of female engineers suspected they weren’t being treated equally in the workplace, and 60 percent said that male engineers were valued higher and that it was easier for them to progress.

Sexist and sub-conscious biases are products of old, intergenerational habits. They may be tough to work around, but not impossible. Echoing Sarah Peers’ sentiments, this challenge of breaking such behavior starts with education, to both genders, of stereotypes and unacceptable behavior, for a more understanding environment.

If there is one single action of fundamental importance to recognize here, it is that much more needs to be done to stimulate the inner-scientist in our children at a young age. In many cases, much younger than previously thought.

Engineering recruitment drives have traditionally targeted women at around 16 years of age, or at the time when they are doing their A-levels. It needs to be much younger than that. The general feeling is eight is a good time, but one organisation, Early Years Engineer, is trying to activate the spark in girls as young as three.

This new approach to inspiring girls and, later, women, into engineering involves a mixture of charismatic female engineer role models, a reframing of the discipline with an emphasis on people and the environment, and an ebbing away of the societal structures that can send sometimes send mixed messages about what it is girls can and cannot do from an early age.

A little more clarity on just what an engineer is also important. Tell someone what a bricklayer is, and the likelihood is a clear mental image is generated in their mind. On the other hand, tell someone what an engineer is, and the image is a little more ambiguous. Clarity of the scope and the fulfilling roles of engineering should be taught in schools, to every one of all ages, no matter their gender.

It should be noted that currently in the UK, primary schools only teach science for less than two hours a week. This appalling fact affects both boys and girls and needs to change immediately.

If not for the shortfall, then what about the economy?

Much needs to be done for true gender parity in the UK and the wider Anglosphere’s engineering sector. From issues such as the pay gap (which is another issue entirely), more visibility for women, and more. To really hit the point home: there are more CEOs in the US named “James” than there are women CEOs.

If there are people out there who are hesitant to change the recruitment drive to appeal to more women, despite the record losses in engineers across the English speaking world, perhaps another argument can be persuasive. For example, did you know that businesses with women on the board perform 54 percent better than one with just men on it? This finding suggests that there really is some benefit from having the opposite sex at the table during the brainstorming sessions.

And a World Bank study in 2018 estimated that true gender equality across all sectors would make the world £120 trillion richer and that the UK may even be 14 percent poorer because it is lagging behind.

So it appears that whatever the misgivings might be, the pros far outweigh the cons.

Written by: Ben Fielding of Weldwide.

Weldwide is an architectural steel and structural engineering company, based in London.