From the Last Mile to the Last Foot

“In my opinion, internet access is more important than water. As an average citizen, I can buy water at the store, I can transport water, and I can store water. As an average citizen you have to buy internet from a company that’s available where you are. You can't transport it or store it.” That’s not a hot take from Nathan Stooke, the founder and CEO of Wisper Internet. Rather, it's a clear-eyed look at what millions of rural broadband customers face every day. 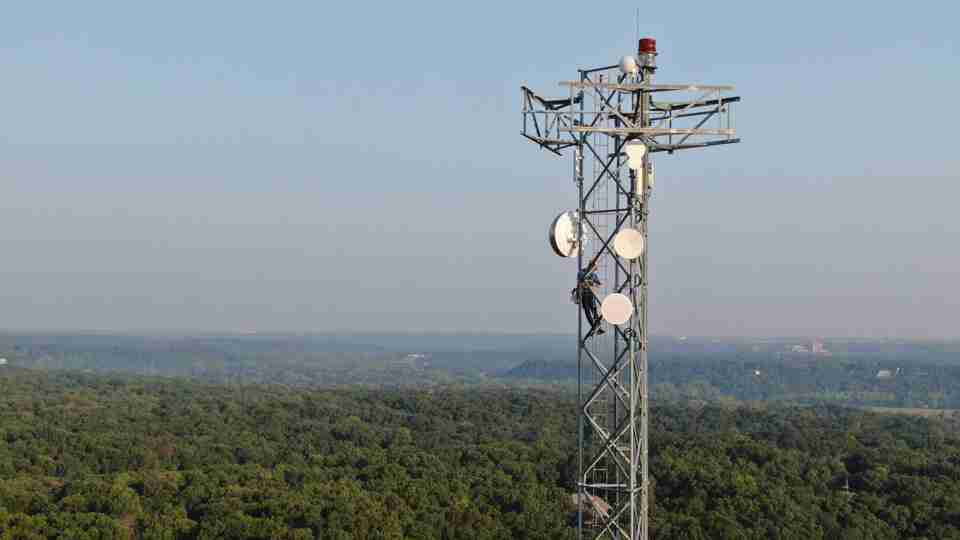 As one such customer, Stooke knew the difficulty of getting reliable internet access firsthand. For the big players, their calculus for ignoring rural customers was simple: The expense and hard work of building infrastructure to reach a relative handful of customers in the countryside just didn’t pay off.

The inequity bothered him so much that, in 2003, he set out to do what they wouldn’t, which was to make high-speed, reliable broadband connectivity accessible to everyone in his rural Illinois community.

“We saw that as an opportunity,” he said. “Let's solve the problem. How do we get broadband where we can buy it for almost free downtown at a data center, and how do we get it out to the customers that desperately need it?”

Today, Wisper is serving 20,000 customers across Arkansas, Illinois, Indiana, Kansas, Missouri, and Oklahoma. “We’re an overnight success story 18 years in the making,” he said. After 17 years of building out their network, that success would hit Wisper like a tidal wave. 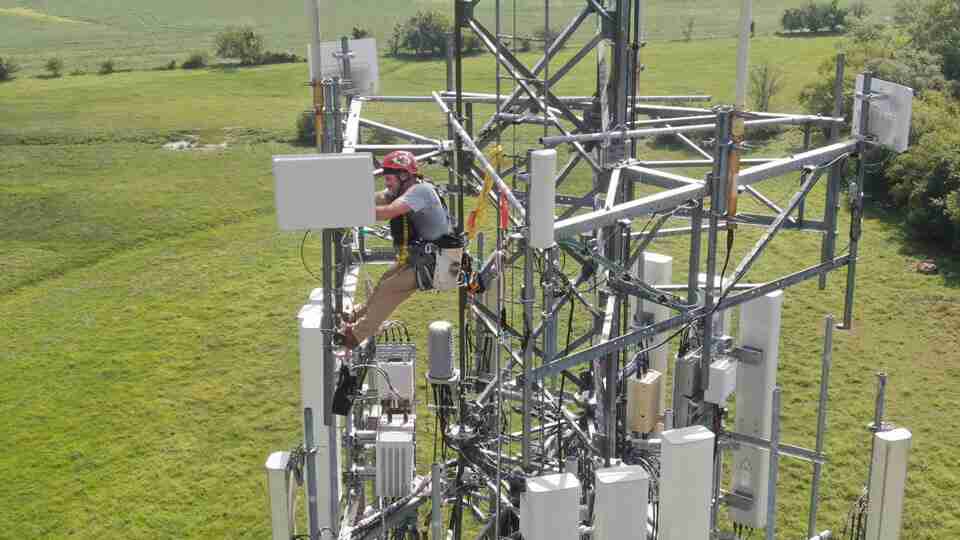 Established by the FCC in 2014, the Connect America Fund (CAF) exists to enable high-speed broadband access for rural consumers in underserved areas. In a second-round bid, Wisper won the second-largest grant awarded by the program, and committed to providing service to 80,000 homes.

In addition to reaching households in a designated rural area, CAF funds the middle mile infrastructure to help surrounding underserved areas increase their internet speed. “Anytime we’re expanding to such a large area of customers, the other aspect of what we do is middle mile and core infrastructure upgrade,” said company CTO Christopher Sigley, who oversees the initiative.

At present, Wisper is upgrading their core network to handle the additional traffic that will come through the program, building out a geo-redundant core infrastructure for a flexible, expandable, and resilient network that will be ready later this year. “The program is a good marriage of government subsidies and companies like ours who put up our own money to break down that digital divide and expand to rural America,” he added.

The entrepreneurial-minded team saw that they could handle that expansion more creatively than the usual suspects. “We said we can do this with wireless, we can do this differently, and now we’re able to show what we’ve done, show the towers we’ve built, and we’ve made our milestones,” Stooke said. Under CAF, the company was obligated to provide 100 mbps download speeds and 20 mbps upload speeds, but is offering customers 400 mbps. 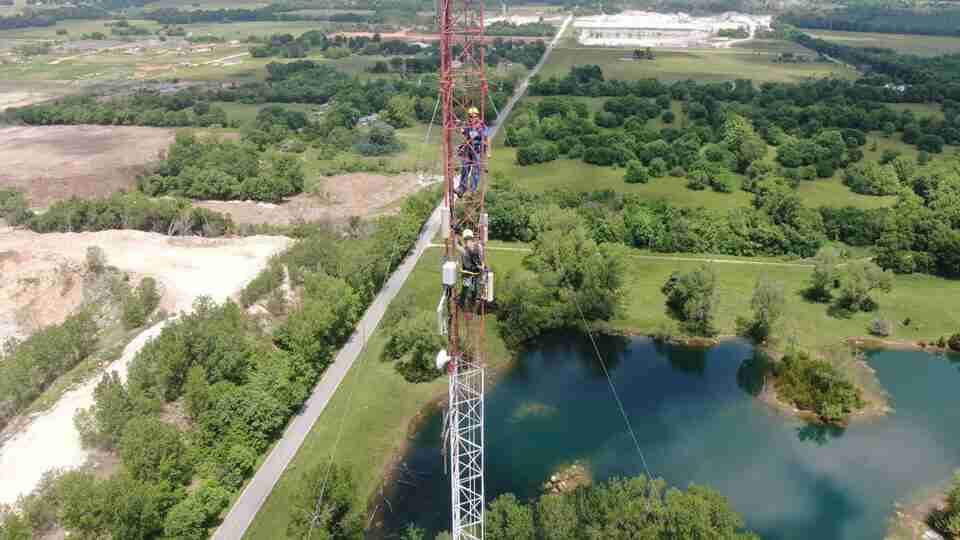 Added Sigley, “2021 was a big milestone year. A lot of companies that get this funding have a hard time extending access to the required 20% of the CAF households.”

In the last four months of 2021, Wisper launched 68 new CAF towers in 40 counties across four states. Those towers serve more than 204,000 households in 63 individual communities.

Wisper hit 25% in all coverage areas and upped that to 50% in some states. “Although we have six years to cover them, we did it in the first two years,” Stooke stressed.

Typically, when providing fixed wireless coverage, ISPs build towers to serve customers on the outskirts of the nearest town. “We traditionally haven't focused on the towns because they had cable or DSL,” Stooke explained. The combination of Wisper’s 400 mbps speeds, which outpace those of many cable companies in rural markets, with line-of-sight visibility that allows signals to travel through the surrounding wooded areas, has significantly expanded their customer base.

“Now we go into a rural market and look at the whole town and the entire opportunity, not just the donuts on the outside of town where nobody has service,” said Stooke. “That’s a huge opportunity for us because we now have the ability to scale our wireless services to both underserved and served, which makes us stronger as a company.”

Moving forward in 2022, Wisper has an aggressive construction plan of 230 new projects (up to 20 new towers per month) and 40 to 60 retrofits and upgrades planned.

We all know what arrived in March of that year.

Internet consumption skyrocketed overnight. “We weren’t ready,” the CEO confessed. “Our demand for the internet used to be from 2 p.m. to 3:30 p.m. when all the kids got out of school until about 11 at night. That was the demand that we built our network to support,” Stooke said. Remote work and homeschooling dramatically changed that pattern, with usage peaking at 7:30 in the morning, remaining at peak throughout the day, only subsiding at 10:00 p.m.

“Suddenly, everybody needed broadband, so we worked through the pandemic and tried to hire as many people as we possibly could,” he added. Growing so rapidly in a short time was an exciting prospect, if unnerving.

“We had to be self-funded for a long time, so we could only grow so fast,” Sigley said. “That took a lot of good people, a lot of process improvement, and a lot of tools.” It also takes a collection of key technology partners. 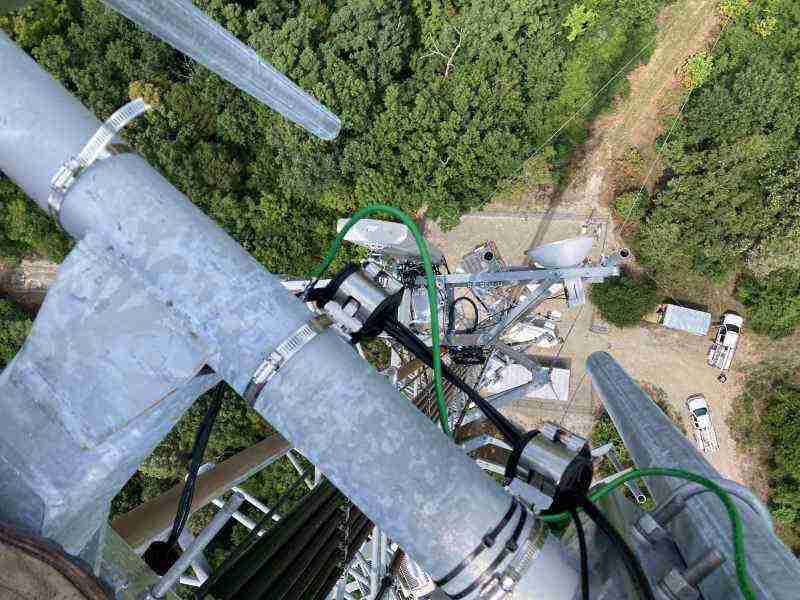 For example, having access to 400 mbps speed doesn’t mean customers have the equipment in their homes to take advantage of it. Wisper uses Calix Wi-Fi 6 routers, which enables them to take the internet all the way from the data center to the customer. “Instead of going to the last mile, we’re going to the last foot,” Stooke said.

The company utilizes gear from Juniper Networks to help scale up their middle mile, increasing capacity to accommodate the demand for streaming and consuming more data at higher bit rates. “We need to be sure that we can provide that service and also scale up,” Sigley said. “As different parts of our network grow, we can grow with our customers and take it all the way to the core. The important thing is putting in a good foundation of equipment infrastructure so you can quickly adapt and grow as needs change.”

The firm was an early adopter of technology from Tarana Wireless, enabling Wisper to deliver fiber-class broadband service at mass scale. “We've been working with them for two and a half years on their product and have deployed it on close to 100 towers, and it’s really been a game-changer,” Stooke enthused. 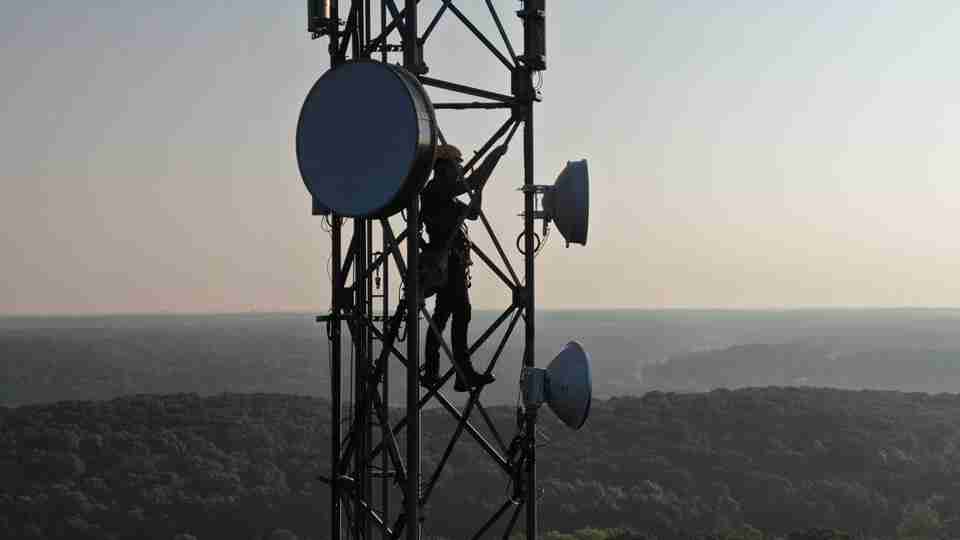 Wisper also uses Preseem from Aterlo Networks, which gives fixed wireless ISPs the data they need to understand the true quality of experience they provide to their subscribers. “What’s really neat about them is they're super focused on the customer experience,” Stooke said. “Preseem is one of those extra little things that we choose to put on that allows you to have an amazing experience as a customer.”

Project management SaaS innovator Sitetracker offers data access and transparency visibility into projects for increased communication flow and more precise troubleshooting. “It reduces our workload because we don’t have to sit here doing a lot of emails. Everyone has access to the data,” Sigley observed.

The influx of CAF funds blew up the company’s annual capex budget from $1 to $2 million to a $20 to $36 million pot, raising the issue of how to spend it most effectively. “One of my biggest concerns was how to find the number of people that we needed,” Stooke said. Wisper has doubled its workforce to 200 employees during the pandemic. “I'm very, very proud of how we were able to bring employees in and hire by our core values and promote by our core values. We try to bring everybody up from the inside as much as we can. That has worked well for us.

“I love seeing employees grow into the best versions of themselves, and having more employees allows me to do that for more people. It makes the decisions even more important though, because if you have 200 employees, you have 200 families that are relying on you to make the right decisions and do what you need to do. But it's really neat to see employees growing. That's what I'm most proud about.”

The idea of connecting others started when a friend didn’t have Internet access at his business.

After a little research, a few maxed credit cards, and hard work, Wisper Internet was born.

Wisper thrived by bridging the gap in rural America with high-speed Internet.

Headquartered in Mascoutah, Ill., our team is known for problem-solving and spot-on customer service.

With an ever-growing staff, we service 20,000 customers across Illinois, Kansas, Missouri, Arkansas, Indiana, and Oklahoma. 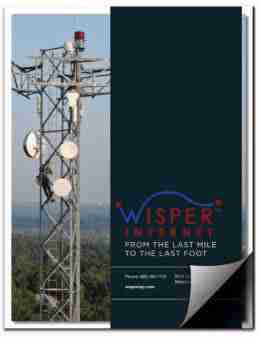