Dennis Prescott brings WingHouse into modern times with a clear strategy for a complete franchise remodel.

Dennis Prescott brings WingHouse into modern times with a clear strategy for a complete franchise remodel. 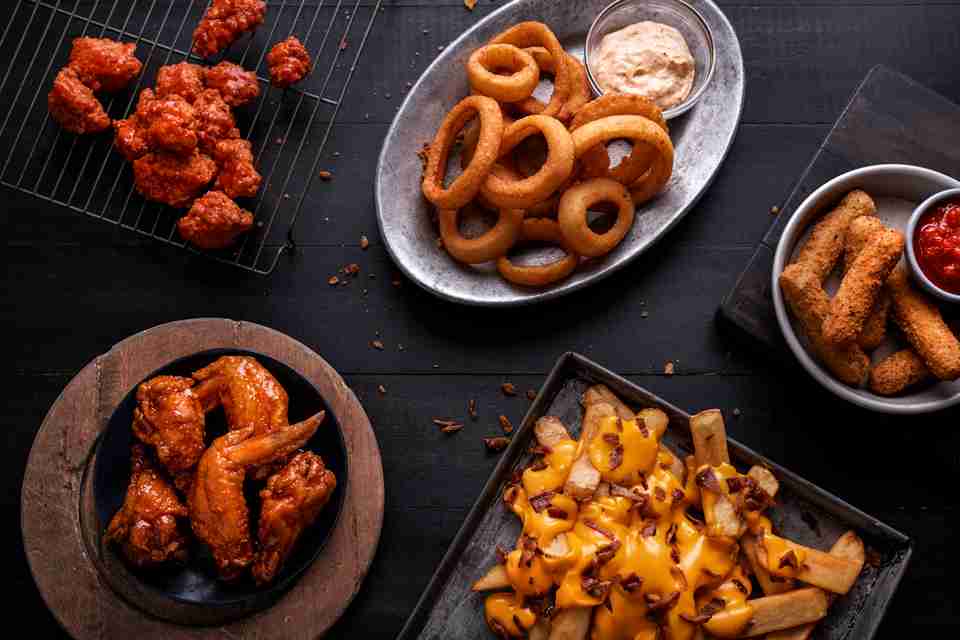 Dennis Prescott’s recent road trip was a doozy. Through the heat and humidity expected of a hot Florida summer, Prescott and his two regional managers toured the state, driving up and down from Miami all the way to Gainesville. The purpose? To visit each of the 25 Winghouse Bar & Grill Restaurant locations.

This trip wasn’t just about good food, beer, and the WingHouse Girls though. Prescott was recently named President and CEO of the regional restaurant chain, and he wanted to learn the lay of the land.

“The easiest way to communicate our new vision for the brand was to try and get to know who I have out there on my team,” Prescott said.

He and his leadership team have a clear vision for the future of WingHouse Bar & Grill—and it was time to share it with the rest of the WingHouse family.

This was Phase One of his team’s three-phase 100-Day Initiative.

“The first day we started the tour I met with five managers in the morning and didn’t stop talking until 5:30 at night. I lost my voice.”

It was important to Prescott not only to share his vision in person but also let the team get to know him. He has 35 years of experience at numerous levels in the restaurant industry, and wanted that to resonate with some of the opportunities he believed WingHouse presented.

“I wanted them to know I was serious. The brand was founded in 1994, and in a lot of ways was still operating like it was the mid-’90s.”

The need to elevate the brand was there, but first Prescott wanted to establish a strong foundation.

“I got to know my managers and employees. I asked them to tell me what bothered them, where they saw opportunities, what they wanted to accomplish. I wanted to know about them, what their family was like: I wanted to hear it all.”

This allowed Prescott to identify people who bought into his vision and were willing to grow with him. They trusted the seven steps of service WingHouse employs, and could see success in the initiatives Prescott presented. 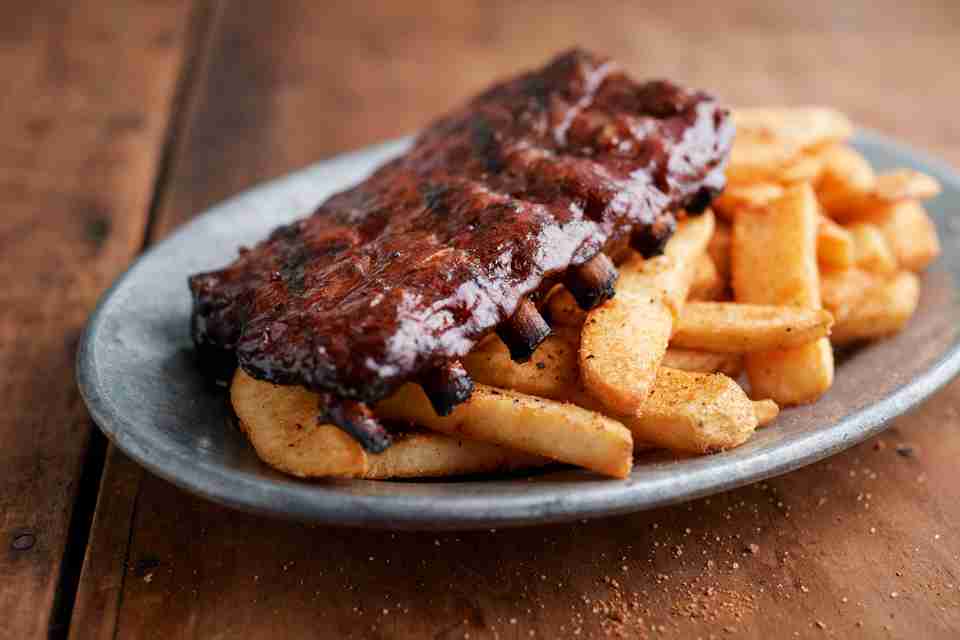 These brand superstars helped him immediately identify the low-hanging fruit: things that needed to be changed from the start. Phase Two picked up where Phase One left off. Now, he’s compiled all of the different questions, comments, and suggestions he’s received, and is prioritizing the most important.

Equipment replacement ranks high on the things Prescott wants to tackle first. Before, many managers wouldn’t report such needs to corporate because they were told too many times that there wasn’t money to replace. Prescott’s goal now is to spend an appropriate amount of money to elevate the brand.

Many of the buildings need updating too.

“Prior to me coming on board, the company was already working with designers to come up with a new look,” he said. “Great things are coming. We have new uniforms for the WingHouse Girls with a crisper, cleaner-looking logo. The buildings—both inside and outside—will be renovated over time as well.”

Currently, the company is completing its first WingHouse 2.0 initiative, a new location with an updated look and feel.

New exteriors and features that can survive the taxing Florida weather will invite patrons inside, whilst updated color schemes and new table tops, bars, and seats will highlight the change from 1994 to 2017.

“We have a new tile behind the bar, in the bathrooms, kitchen, and dining room with a better slip coefficient to reduce slips and falls. Our granite bar top provides a sharp, clean look. Grays, reds, and blacks through the restaurant complement the new products.”

Once WingHouse 2.0 launches, the design team will carry over these upgrades to improve older restaurants and retrofit designs as needed. 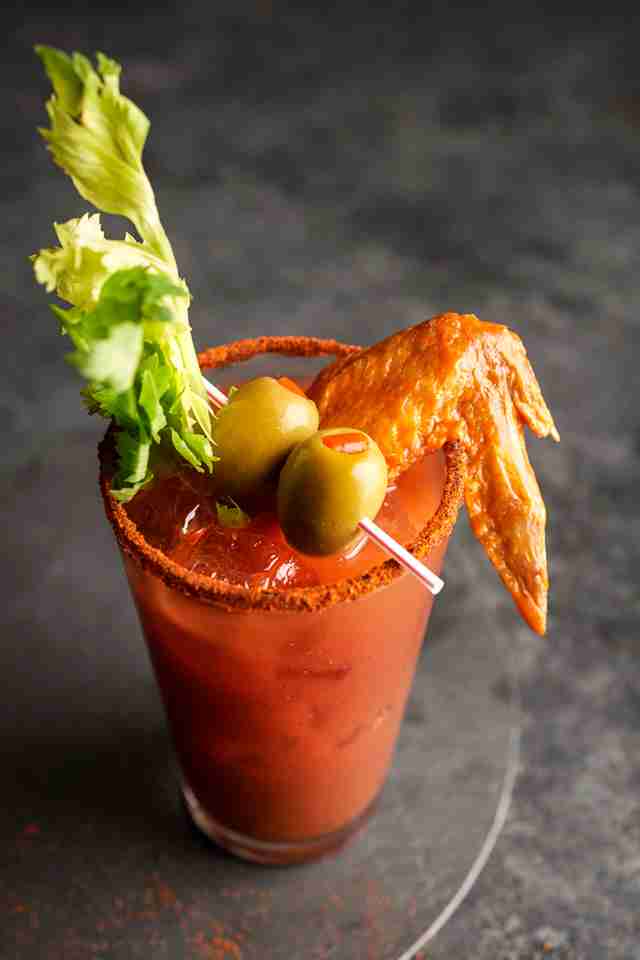 Of course, Prescott couldn’t complete his 100-Day Initiative without reviewing and updating the WingHouse menu.

The price of chicken wings on the poultry market has increased by 35 percent in the last year alone. With this unusual level of demand in the marketplace, and with wings being the central menu item for WingHouse, Prescott knew some menu changes were needed.

“We need to maintain our values and be able to sell large portions at affordable prices like we’re known to. We had to make some tough decisions to be able to do so,” he said.

Prescott and his team immediately got to work on revamping the menu. Wings will always be on the menu at WingHouse, but Prescott wanted to shine the light on other showstoppers.

“I want to prove to our patrons that you can come to the WingHouse and get something just as delicious as our wings.”

With a few healthier options like “naked wings”—wings with the skin taken off before cooking—and a focus on other popular fare like tacos, WingHouse is moving other food items forward in its menu.

Changes to the drinks menu are in the pipeline as well. WingHouse will be opening up a few of its taps to local brews for millennial appeal. An independent bar management company is assisting with creating new cocktails to bring more women into the restaurant.

Prescott’s 100-Day Initiative, the restaurant upgrades, and the menu revitalization are all a part of his solid plan for the brand.

WingHouse’s employees have more than bought into the vision—some are putting off retirement to see it through.

Prescott was at the 23rd stop of his 25-restaurant tour when he met Managing Partner Larry. After Prescott talked to the team at this particular location, Larry was floored.

“He told me, ‘I don’t know what you said, but they are so excited to be a part of this brand going forward.’”

“This guy is 68 years old. He has been talking to the regional manager a few months previous and batting ideas around about retirement. He said, ‘After listening to you, and seeing how excited management is, I’m all in. I’ve got a lot of gas left in the tank.’”

He shared, “This is a new beginning for WingHouse. I’ve had tremendous experiences already. It’s been a fun journey, and it’s all about to get even better.”

The first WingHouse was opened over 20 years ago in Largo, Florida by former Dallas Cowboy and Denver Broncos NFL guard Crawford Ker. The WingHouse of today still holds the same brilliant ideas that we had in the beginning. We believe that your experience with us should always include friendly, attractive and smiling service, oversized portions of delicious food at a great price, and be the ideal place to enjoy being a sports fan. We strive every day to deliver the WingHouse “Brilliant on the Basics” mission to every customer who is greeted at our door. 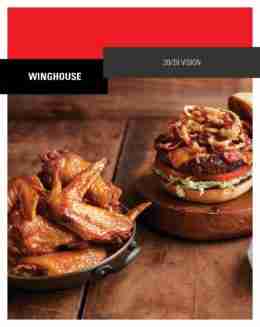 Dennis Prescott brings WingHouse into modern times with a clear strategy for a complete franchise remodel. Dennis Prescott’s recent road trip was a doozy. Through...