Who would have thought that a new bridge connecting Canada and the United States would create a stir that would last for over a decade?Since...

Who would have thought that a new bridge connecting Canada and the United States would create a stir that would last for over a decade?

Since 2004, plans for a bridge that would create efficient traffic flow across the Canadian/US border and connect the industrial areas of Delray and Brighton Beach have been in the works. Undergoing several name changes in the intervening years, support and opposition for the project has created spurts of progress and also slowed things to a crawl. Now it seems that the bridge is back on, and things are finally on track. 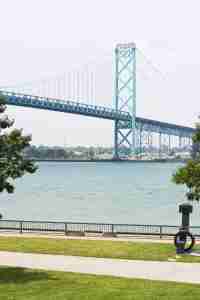 A major player opposing the work of the Detroit River International Crossing is Manuel Moroun, owner of the existing Ambassador Bridge. Along with filing lawsuits on both sides of the border, Moroun has also promoted plans to expand his bridge as an alternative. Organizations like Americans for Prosperity have also attempted to convince property owners on the US side to resist offers to sell their land, and to encourage their state representatives to vote against the bridge project.

The current impetus for the construction and completion of the bridge by creation of the Windsor-Detroit Bridge Authority on July 30, 2014. Including three representatives from each side of the border, the Authority worked hard to secure the final phase of the funding needed. With their efforts beginning to pay off, Michael Cautillo, president and CEO of the bridge authority released a statement that was printed in the January 7, 2015 edition of the Windsor Star:

“Since the formation of the Windsor-Detroit Bridge Authority in July of last year, the organization has been focused on making the WDBA operational…One of the first orders of business was to start the recruitment process for individuals to work on this exciting project.”

An address to the House of Commons on February 18 brought the news that the funding was in place to move forward. During that address, Lisa Raitt, Transport Minister for Canada, confirmed that the nation had decided to cover the entire $300 million cost associated with the construction of a Customs Plaza next to the bridge, now to be known as the New International Trade Crossing. The cost of the construction will be repaid with the use of revenues generated by charging tolls in exchange for the use of the bridge.

The figures for the construction of the Plaza are not included in the cost of the actual bridge, which is expected to be in the range of $2 billion.

As Raitt noted in her address in the House of Commons, securing this funding makes it possible to get on with the work of finalizing the design and purchasing real estate on the US side needed for the construction of what will be a six-lane bridge. 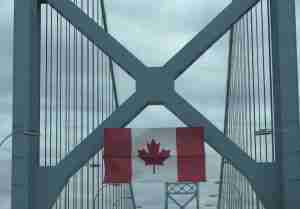 According to an article printed in the Detroit Free Press the same day, the United States Department of Homeland Security will provide support upon completion of the bridge. The support will be in the form of $100 million for equipment and $50 million for personnel to staff the Plaza.

So what does the future hold for Canada’s top construction project? Only those who oppose the project know what they will try next. In the meantime, supporters on both sides of the Detroit River are moving on with their plans.