View This Article in BOSS Magazine
Willbros Canada continues to address the down oil and gas market with aplomb. See how this contractor has standardized processes throughout its operations, improved its safety, and opened communication during a difficult period.

The low oil and gas prices have been great for consumers: cheaper gas has allowed for more travel and less cursing at gas stations. But it’s proven to be a tough challenge for the industry that produces our fuel.

It’s not just the mining and oil and gas companies that have encountered hardship in this difficult time. Hundreds of other businesses supporting these heavy industries are seeing many of the same adversities. 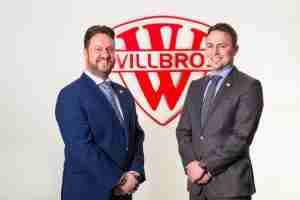 Some of these companies have been able to address the difficult market better than others. Willbros Canada, a contractor providing construction and maintenance services in Western Canada, is one of those companies.

“There have been changes to the organization because of the oil prices and what our customers are going through,” said Andrew Jack, President. “The support of our suppliers and subcontractors through these shifts in our organization has been invaluable and helped us rise to the challenges to remain competitive.”

The company, which has its roots in the U.S., was founded in 1908 and made its way to Canada in 2001 with the purchase of a company that focused on oil sands pipeline maintenance. The last 14 years have seen Willbros diversify its service offerings into other fields where needs were identified, which has served the company well in the most recent dip in the oil market.

A significant portion of the company’s customer base is made up of oil sands mines in the Wood Buffalo Region of Northern Alberta, but Willbros Canada also performs work within several other heavy industries. 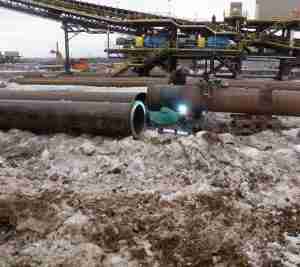 “We added the Edmonton fabrication shop in the mid-2000s, added cross-country pipeline services, and have become a one-stop shop for pipeline maintenance,” shared Jeremy Kinch, Chief Operating Officer with Willbros Canada. “Today pipeline-oriented work accounts for 60-plus percent of our business.”

This includes building and maintaining cross- country transmission pipelines, hydrotransport and tailings pipelines (HTTL) within the oil sands mines, and the various pipelines associated with in-situ extraction. In addition to that, the company constructs and maintains facilities such as pump and compressor stations and API 650 storage tanks. Its fabrication shop in Edmonton produces pipe spools, with and without high-wear Chromium Carbide Overlay (CCO).

These facilities and fabrication services have been offered for more than a decade, with organic growth adding two new service lines: Tank Construction and Electrical & Instrumentation.

“The E&I service line has been very successful when bundled with our other facilities and pipelines services and we peaked at around 300 electricians on our workforce in early 2015,” shared Jack. “Our Tanks group has really come into its own in the last few years and we are continuing to see lots of opportunity in that space relative to the rest of the market.”

This diversification over the past decade has allowed Willbros Canada to make calculated strategic decisions during a difficult time in one of the industries it serves. This and a strong leadership team both on site and in office has created a business and a culture that is able to successfully push through the down market.

“Our site leadership does a tremendous job of earning our customers’ trust,” Jack said. “The strength in that relationship is makes Willbros Canada stand out.”

And stand out the company has. When Willbros Canada realized oil prices were on the downward trajectory in 2014, the company’s leadership took steps to reduce its overhead costs. At the end of 2015 it restructured some of its support functions to reflect the maturity of the E&I and Tank service lines.

“Today our model is more decentralized. We still rely on functional managers in the Edmonton office to be the stewards of the processes and tools, but the service line benefits by having their functional staff working alongside operations,” shared Kinch.

This move, plus a three-year push to properly document its hundreds of work processes for standardization across the business, has allowed Willbros Canada and its people more time to focus on the task at hand rather than reinventing the wheel every time. This means more emphasis on training and looking for opportunities to increase efficiency. 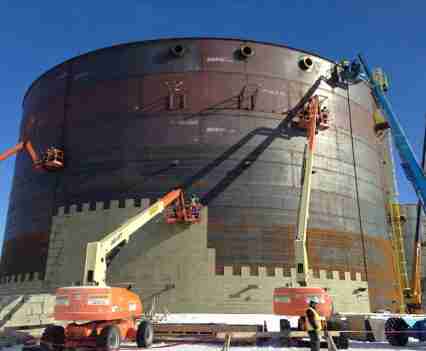 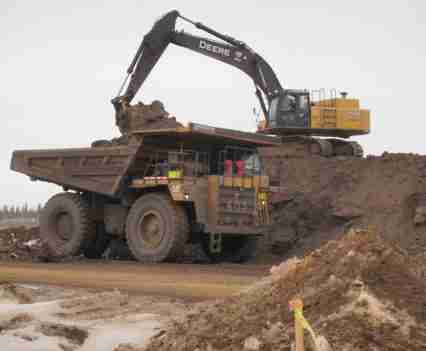 These strategic decisions don’t mean Willbros Canada has escaped the tough times unscathed: the company closed an electrical shop in Calgary, consolidated a portion of the business out of necessity, and unfortunately lost some employees to these decisions along the way. But all of these decisions have led to a company that is stronger, more committed to its core values, and ready for whatever is coming next.

“We’ve really seen our project management, supervision, and craft employees pull together in a tough market to execute safely and with high quality and productivity,” said Kinch. “At the end of the day, it doesn’t matter how lean you are in terms of overhead if you can’t be proud of the service you give your customers. I am really, really proud of what these teams have accomplished.”

This level of quality and productivity has been challenging to the company in one particular aspect: safety. When asking employees to do more with less in trying times such as these, it would be easy to turn a blind eye occasionally to safety, but Willbros Canada has made its safety standards even stronger.

“Every single day we have people working in hazardous environments, and managing risk is critical to our operation,” Kinch shared.

The importance of safety and the company’s dedication to making sure its employees get home safely every night has prompted a few changes in the last few years.

Willbros Canada’s HSE Management System switched to a governance model in 2009, driven by the company’s corporate HSE leadership group in Houston, Texas. This model allows the corporate group to set broad HSE performance targets and empowers its business segments to determine how to achieve the results.

“We use a combination of leading and lagging performance indicators to measure performance at the site, business unit, and segment levels,” Jack said. “Our leading indicators include compliance with training requirements, participation in hazard identification processes, and frequency of worksite inspections. For lagging indicators, we align with our customers and peers in the industry in measuring incident rates and in particular those requiring medical treatment.”

It’s a well-developed system that scales with Willbros Canada’s operation, which can sometimes swell to 600 people on a particular job site. This isn’t the company’s only key to safety though.

“We are very fortunate to have a number of long-tenured supervisors who share in the company’s safety vision and set the expectation on our sites.” 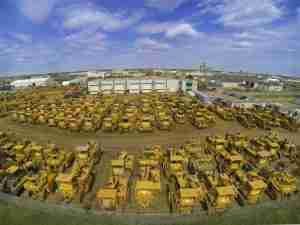 But safety, while incredibly important, is just part of Willbros’ company culture, which in the last three years has expanded to include a bigger focus on accountability and communication. With a number of offices, yards, and site locations in Alberta, each work site brings its own flavor to the company’s culture, which revolves around safety, honesty, integrity, its people, its customers, superior financial performance, vision and innovation, and effective communication.

“With the challenges of the last 12 to 18 months, it’s been very important for us to keep the lines of communication open and maintain engagement with our employees,” Jack said. “The current turmoil in the oil and gas sector is causing a lot of stress and uncertainty. We are continually asking our employees to do more with less, and we owe it to them to give them a voice and try to address the rub points that are within our control.”

This voice has come in the form of TINYpulse, a company Willbros Canada works with that sends out weekly questions and surveys to employees. One consistent question—how happy are you with work?—and its accompanying surveys give employees the ability to offer up anonymous, constructive critiques.

“As a business you always try to do your best—but you can only do this when you acknowledge the fact that you can always do better.”

Paper surveys to craft employees, monthly newsletters, weekly engagement meetings on Monday mornings, and regular town hall meetings have opened up the lines of communication for the company.

This open communication strategy will continue to be important throughout 2016, as there doesn’t seem to be any immediate relief for the oil and gas industry. For a company like Willbros Canada, however, the current market challenges are just another way for the company to prove its resilience, as it has done time and time again.

In the Canadian energy industry, Willbros is a leader in construction, maintenance and fabrication, well known for pipeline projects, including integrity and supporting civil work, general mechanical and facility construction, API storage tanks, general and modular fabrication, along with electrical and instrumentation projects.

We have had specialized facilities and offices throughout Alberta since 2001 in Fort McMurray, Edmonton, and Calgary. These offices are locally staffed with dedicated and experienced professionals, ideally suited to serve our clients in Western Canada, particularly in the oil sands. We are an oil and gas infrastructure construction and maintenance contractor, providing a diverse and complementary suite of services to meet our clients’ expectations through safe, productive, and high-quality execution in the field. We continue to explore and evaluate the market for opportunities that augment our service offering and create more value-added experiences for our customers. 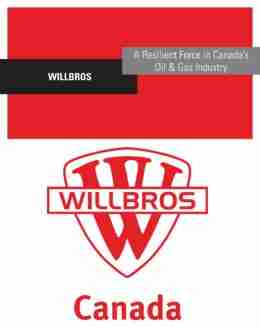