“Will It Blend?” Star Tom Dickson Shares His Story

American manufacturing and a ton of innovation helped Tom Dickson shape his legacy.

American manufacturing and a ton of innovation helped Tom Dickson shape his legacy. 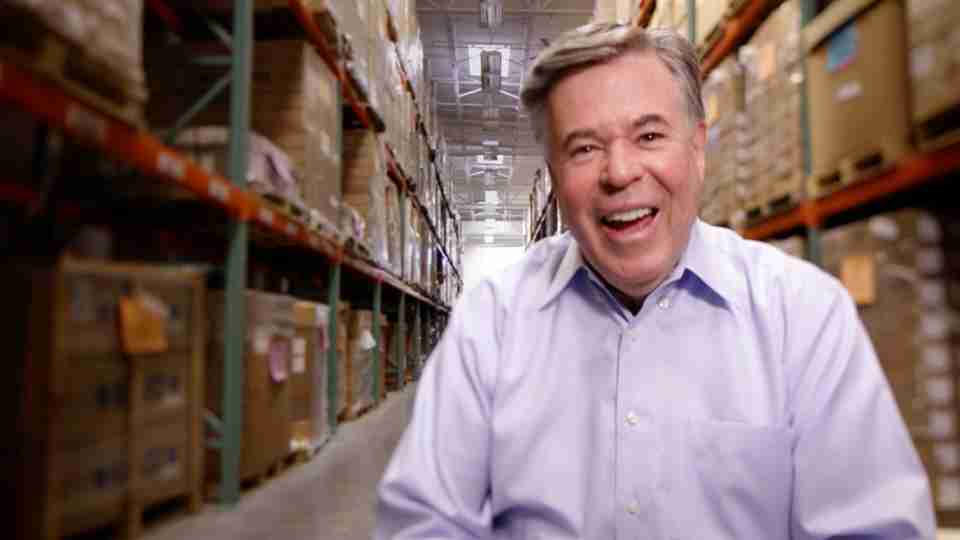 In the quiet of his lab, on a quest to perform product tests that would lead to the development of an indestructible blender, Tom Dickson put the power of his landmark invention, the Blendtec, up against anything he could make fit into the blender jar.

This is the spirit of the inventor.

He gave his marketing director the freedom to transform his common-sense product testing routine into “Will it Blend?”, a viral marketing sensation that introduced him, his company, and his invention to millions.

Rising to every challenge, regardless of how wacky, weird, or expensive, Dickson performed his tests on YouTube to a curious, delighted, and destruction-loving audience. Today, he’s known worldwide as the “Will it Blend Guy.”

This is the heart of the entrepreneur.

Energetic, affable, and driven, Dickson is a rare breed of inventor: one with the patience, business acumen, and people skills to run a successful company. His cheerful temperament masks a fierce dedication to superior performance, an insistence on honesty, and a quiet devotion to serving others.

“It’s so difficult to be both entrepreneurial and come up with wonderful new products to help mothers and fathers who want to provide healthy meals for their children with reliable products, and at the very same time be able to get that message to those mothers and fathers and grandparents and everybody else,” Dickson told BOSS.

“That’s the whole marketing challenge. We have been terrible at that. If it wasn’t for Will It Blend, we wouldn’t have had a 1,000 percent improvement in our sales,” he admitted.

This is the mind of a leader. 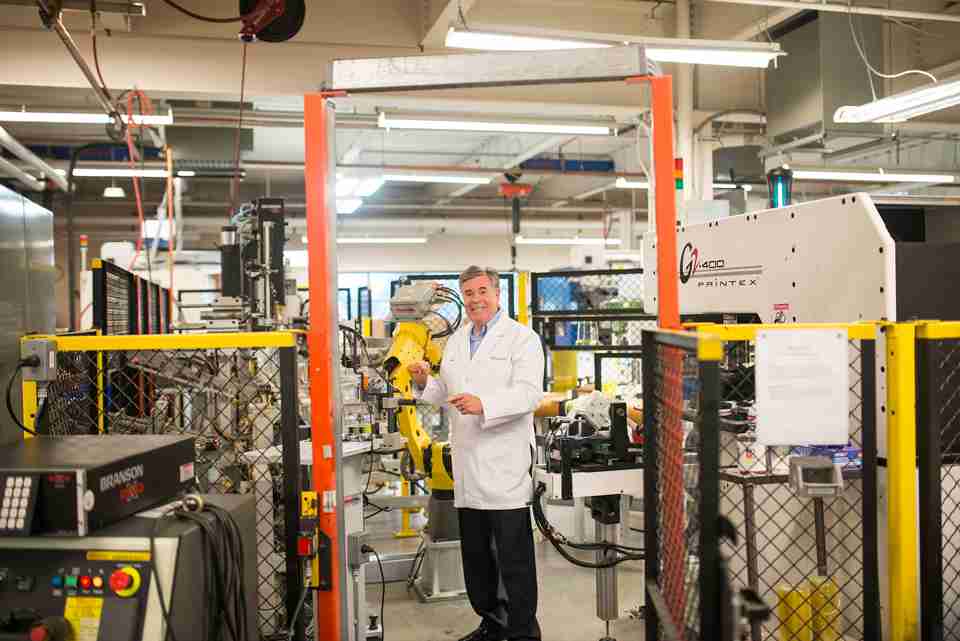 “Educationally, I really struggled because I have ADHD and I’m also dyslexic. In 12 years of school I’d read one book, called Bulldozer,” he recalled. “I have great comprehension, it just takes me forever to read. It took me five years to get through engineering, but I can see things that nobody else sees.”

He graduated from Brigham Young University with a degree in manufacturing engineering.

“I was just an outcast as a kid because they didn’t know what dyslexia was. I’ve survived it, and when you survive it you see things that nobody else sees.”

In 1971, Dickson went to work for Alza Pharmaceuticals in Palo Alto, working under the tutelage of the co-inventor of the birth control pill, Alejandro Zaffaroni. Dickson helped Zaffaroni pioneer transdermal drug delivery with the development of the scopolamine motion sickness patch.

“I was the 24th employee there, and I made the first patch a few months after I left BYU. I was the first engineer in that company.”

Working on drug delivery innovations was in Dickson’s wheelhouse, but product naming wasn’t a strength. In the ‘70s, he worked with Zaffaroni to improve the efficacy of IUDs by reinventing them as hormone delivery systems.

“We originally called that the Uterine Progesterone System, but the guys who drive around in those brown trucks didn’t like the acronym. So we called it Progestasert. That company grew, with 650 employees and a dozen buildings in the Stanford Industrial Park.”

“That was my start. Then I ran wheat through a vacuum cleaner, blew it out into a pillowcase, and that led to the development of a grain mill, an appliance which I’ve sold $50 million worth.”

“In 1982, I’m with Chuck Williams in his San Francisco office with my marketing guy, Richard Smith from Cupertino. Richard made a comment about how healthy people were, and told Chuck how important it was for people to mill their own flour, and how we were selling mills.

“You need to do something that you’re passionate about, something you really love to do that hopefully will improve people’s lives. Then I think it’s important to know that one person can’t do everything. It takes 500 people to do what we do. You surround yourself with the very best people to do everything,” he said.

“It’s very rare for an entrepreneurial engineer to continue as a CEO of a company for all these years, so I’ve surrounded myself with some really good people. What a team we’ve constructed!”

Dickson’s indefatigability is well known, evidenced by a multi-year patent infringement fight with the makers of the Vitamix blender.

“That whole process took six and a half years and cost us millions of dollars. They took a patent that was worthless in the first place and in a four-year period they were able to manipulate a patent, change the images in the patent, as well as the verbiage, and add 10 claims to it, and then they sued us for my invention, which they then infringed with a bogus patent,” he explained.

“They copied our single blade with little winglets on it,” he began. “More importantly, they copied our famous Wild Side jar, which has five sides on it. And that’s the biggest breakthrough in our 14-year history. To this day there’s no jar that will outperform the Wild Side jar.

“Vitamix copied it because they couldn’t compete … We brought action against them. We have two patents on that jar, 51 claims. And we went after them only on three claims: just the one side, the truncated wall.” Vitamix also copied BlendTec’s nesting jar.

“Now everybody has nesting jars,” he added. “Those are things we innovated, but fortunately we went after them. The only time we’ve sued Vitamix is on that one wall, and we won thanks to a wonderful federal court judge and jury. The judge ruled against them for $24.1 million.”

Dickson is committed to manufacturing his products in America. All aspects of manufacturing, from design to construction and final assembly, are conducted at Dickson’s Orem, Utah plant.

“When you build something in China that’s very inexpensive to build, when you put your money there instead of in engineering and manufacturing, you put your money into infomercials and do a great job in convincing people that you’ve got the best product.”

A Resistance to Standing Still 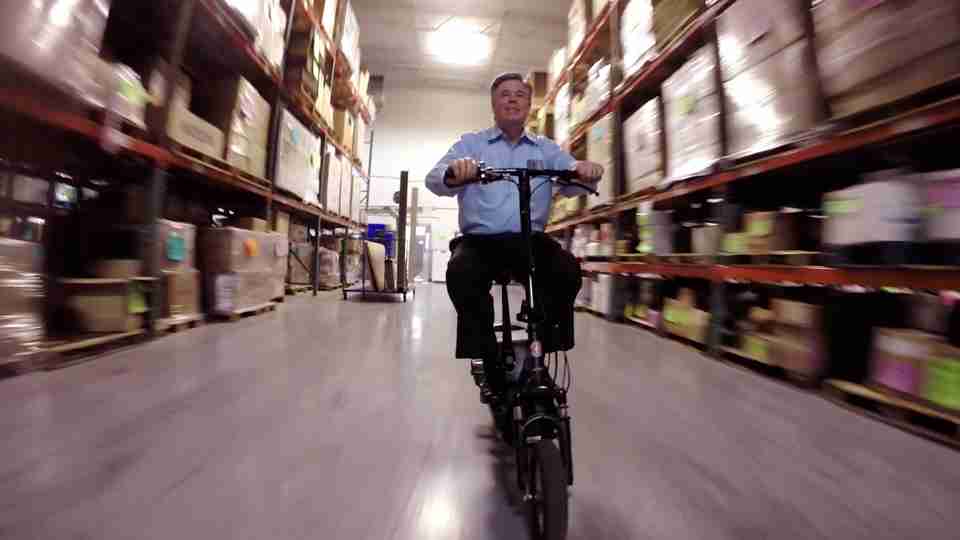 While Dickson is understandably thrilled to tout his inventions, he keeps his self-assessments close to the chest. Fortunately, company COO Randy Stumpf was happy to help us fill in those blanks.

“Don’t present a problem unless you can say what can be done and what resources it will take to make it happen,” he said.

“When someone comes into a meeting and our engineers give them an answer of’ ‘Tom, I can’t make this happen,’ he’ll throw out three or four examples of ways to make it happen. It can be a little humbling sometimes, but it’s a great insight to see why he’s successful.

“He doesn’t take no for an answer. He’s a fighter through and through, and he will find ways to innovate.”

Stumph continued, “Tom’s an educator. Kids come here and he starts showing them things, takes them to the lab and does experiments with them, encourages them to work down on the production line and all kinds of things to learn differing aspects of manufacturing and innovation.

“He’s developed children that are entrepreneurs. His grandchildren have offices here; they’re running multiple companies and they’re 21 and 24 years old. You just don’t see that. He’s creating a legacy of entertainers, entrepreneurs, and engineers.”

Dickson never seems far away from his youth, when he would take apart motorcycles and rebuild them to make them faster and more efficient. Presently, he enjoys tinkering with his Nissan GT-R, attempting to bring the engine up to 1000hp.

“You’ll see me on the salt flats,” he laughed. “At 71 I have a motorcycle, we have snowmobiles, and all sorts of vehicles and I hope I don’t get vaporized.”

Whether he’s speaking of indestructible inventions, vanquishing adversaries or talking about his family, Dickson’s vitality and joy is irresistible.

“I gotta live for these 20 kids and their spouses and 44 grandkids—so there’s 64 of us. Now we’ve got our first great grandchild coming, so that will be 65. We just had twin grandchildren 3 weeks ago. I want to be healthy and alive with my sweetheart to watch all these kids grow up.”