With typical starting salaries approaching six figures, more than twice the national average, the healthcare app industry already exerts a magnetic pull on many of...

With typical starting salaries approaching six figures, more than twice the national average, the healthcare app industry already exerts a magnetic pull on many of today’s graduates. While questions remain about the worth of some apps on the market today, a broad shift away from fee-for-service healthcare means that sustainable demand will continue to rise in the aggregate.

As apps that deliver well-considered, scientifically informed functionality become more common, an industry that is already attractive for young graduates is bound to become even more so. 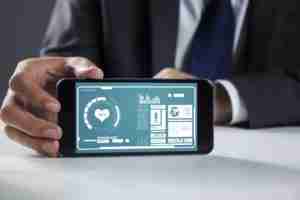 The global app industry overall topped $120 billion in revenue last year. With 70 percent of adults worldwide expected to own smart devices by 2020, and the figures already climbing above that level in the most developed nations, mobile app usage is rapidly replacing computer-bound activity across the board.

That trend has been even more evident in the realm of mobile healthcare apps. From simple fitness trackers to apps that strive to ease life for diabetics, digital offerings of this kind are some of the most popular of all.

Apple‘s thriving App Store alone lists over 165,000 of them, according to a recent Financial Times report, and relatively informal apps of a health-related sort consistently pop up in the lists of best sellers.

While these facts alone indicate a boom in the field, a more fundamental transformation currently underway suggests it will continue. With the Affordable Care Act pushing American healthcare providers away from traditional fee-for-service business models and toward outcome-based payments, the major players are now eager to see what apps can do for them, as well.

Between the ability to easily collect data from patients and to keep their care in order outside of expensive, in-person visits, the remote patient monitoring market alone is projected to total $46 billion by the end of next year, and apps play an increasingly significant role there. 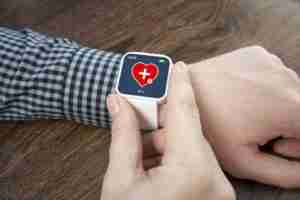 Even with these promising signs, there are plenty of challenges to be overcome. Thus far, the healthcare app economy has been mostly split between a vast array of ambitious but often-overstated apps turned out by small-scale development houses and relatively clunky, conservative works commissioned by major healthcare providers. The near future will likely involve quite a bit of bridging of this gap, with the best from each side hopefully pointing the way forward.

On the informal flank of the market, for example, apps that make unsupported health claims are now starting to attract more attention from the FDA, and for good reason. With her husband lost to skin cancer, for example, a mother of three interviewed in a recent Los Angeles Times article was dismayed to find her daughter misdiagnosed with the same disease by a mobile app. Scares of that kind can be damaging enough, but bad advice given out to patients with problems like high blood pressure or heart conditions could prove to be deadly. 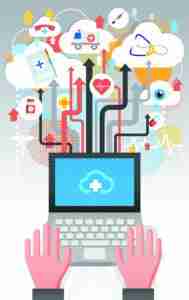 The FDA has therefore promised to start taking a harder line against this kind of generally well-meaning overreach on the part of app developers, building on a system that has so far largely seen it reacting to complaints. The agency already deems a select few classes of apps to constitute regulated “medical devices,” but the rules governing the rest of the field are still evolving.

On the institutional side, healthcare providers and medical experts have plenty of work to do as well. While freely download-ready apps are popular among the general public, some of those who might be helped most by well-designed mobile apps have been less eager in their uptake.

Those who suffer from chronic conditions today tend to be a little older than average and thus somewhat less comfortable with technology, a source of resistance that time will naturally take care of.

Progress is naturally slower on this side of the spectrum because of the need to justify investments in terms of the concrete health benefits they deliver, but that discipline will also ensure that the worst excesses of the independent health apps do not recur. 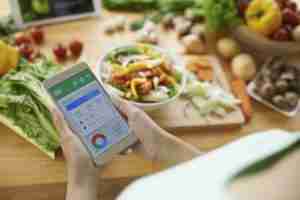 Opportunities for Developers and Others

The $99,000 average starting salary for today’s app developers alone would draw plenty of recent graduates to the industry. Couple such rewards with those associated with the challenges to be overcome, though, and the healthcare app marketplace looks like an even more appealing destination.

App development also frequently offers an out to those independent, convention-shunning millennials and others who are not content with the strictures and politics often associated with large, established companies.

With a full 82 percent of today’s app development houses easily classifying as “small” businesses and many opening their doors in out-of-the-way places, the opportunities can feel a lot more diverse than in most other industries.

While it is coding-savvy engineers who are needed most at the average healthcare app development shop today, the rapid growth potential inherent in the startup-heavy field ensures that jobs for other kinds of graduates can follow quickly. That means young marketers, managers, finance gurus, and others will frequently find themselves considering their prospects there as well.