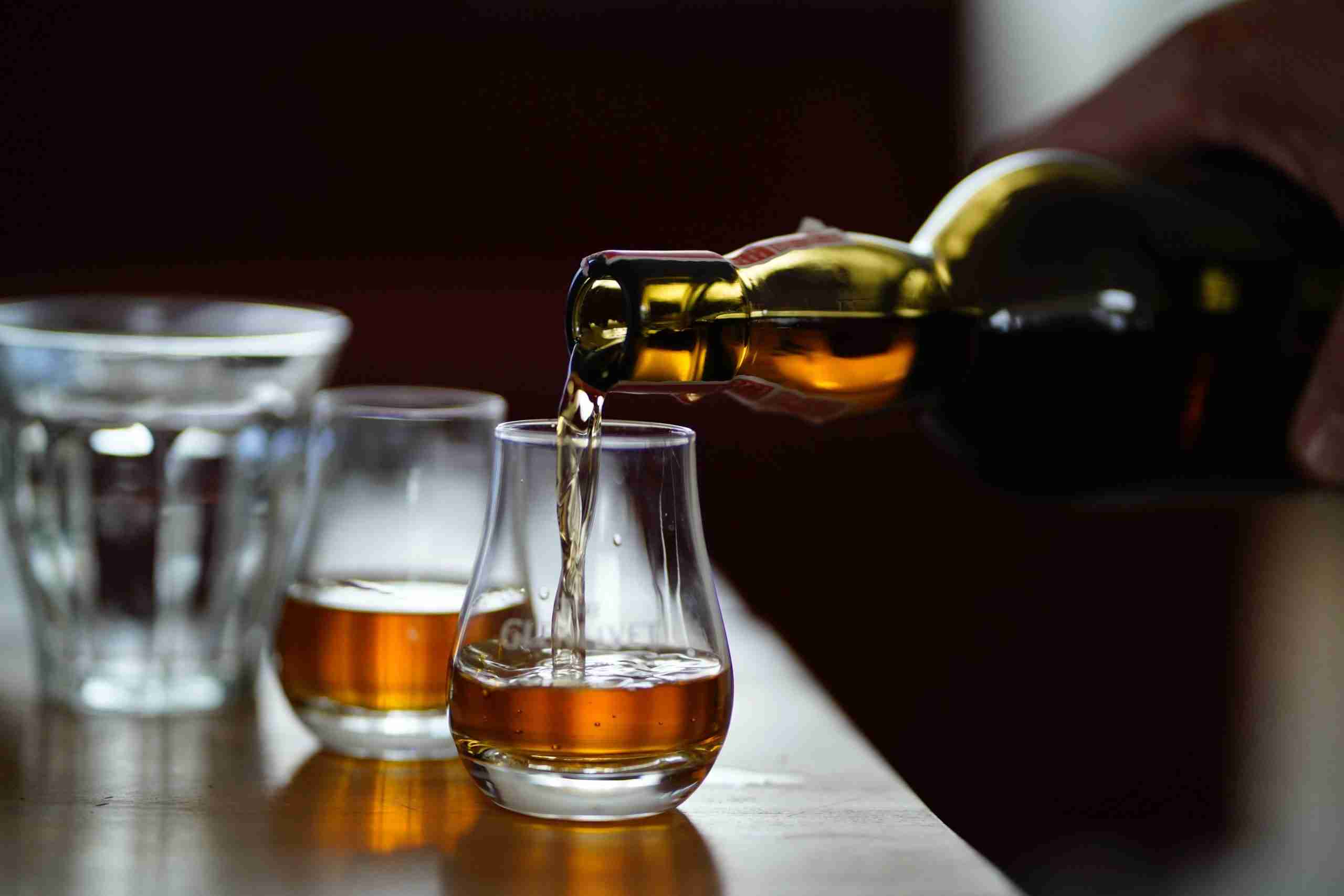 “What whisky will not cure, there is no cure for,” says an old proverb. You can trust the Scottish to have tried just about any and every use for whisky they could think of. They’ve even found a way to turn it into a sustainable biofuel that can power cars and homes. The best part is they still get to drink the whisky, since the fuel is made from the whisky waste byproduct of the fermentation process. The Scotch whisky industry has been at this game for more than a decade as part of its efforts to be net zero by 2040.

For all the intricacies that go into making whisky, the ingredients are simple: water, barley, and yeast. After fermentation, there is leftover barley known as draff and liquid waste called pot ale that is of insufficient quality to be considered whisky. Every distillation yields a lot of these whisky waste byproducts, and they often get tossed. The draff can and often does go to livestock feed, but the pot ale usually just gets thrown out.

“Only 10% of what you put in the front end of the distillery actually ends up as whisky maturing in a barrel afterwards,” Martin Tangney, president and founder of Celtic Renewables, told Yale Climate Connections. “So these other two dominant residues – the barley and the pot ale – need to be disposed of.”

Celtic Renewables turns it into acetone, butanol, and ethanol. These are low-carbon, high-value products that have a lot of uses, including biobutanol that can go straight into cars.

“You don’t need to modify engines, you can blend it at any concentration you like,” Tangney says. “So it really is a potentially here-and-now replacement for fossil fuels.”

To prove the concept, the company drives a Ford around Scotland fueled by gas that contains 15% butanol. But it’s possible to run cars on 100% butanol, as biobutanol pioneer David Ramey has done across the U.S.

Celtic Renewables completed construction on Scotland’s first biorefinery in August and unveiled plans for a second facility as part of its mission to scale acetone, butanol, and ethanol globally. While whisky was where it got its start, Celtic Renewables aims to use agricultural waste from a number of sources to go global.

“One man’s waste is another man’s gold,” Tangney said. 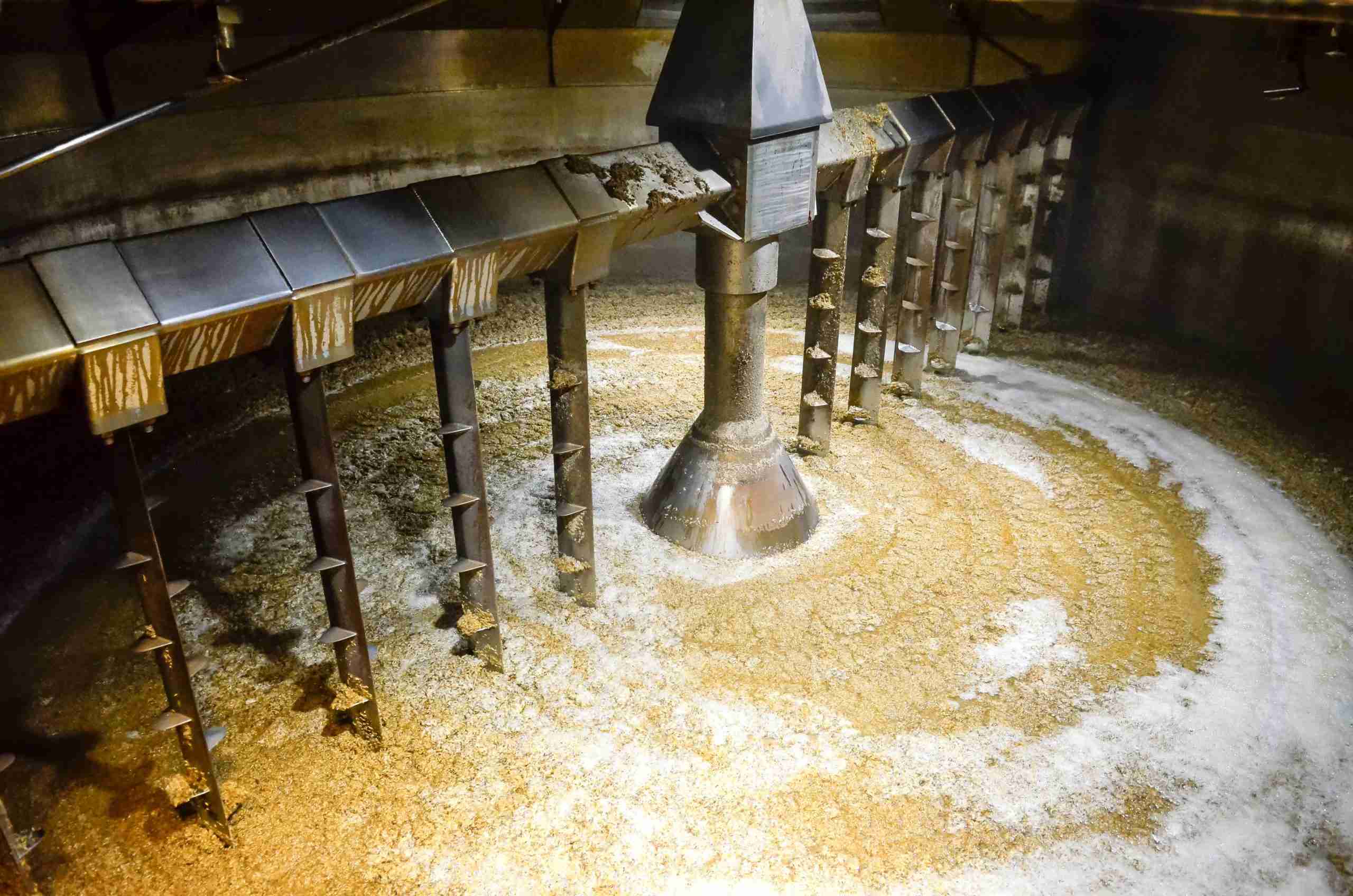 In 2013, the year after Celtic Renewables’ founding, Helius Energy opened a biomass energy plant in Speyside, the heart of Scotland’s whisky industry. The Helius CoRDe Limited receives whisky waste byproducts from nearby distilleries and uses them to power an 8.32-megawatt renewable energy operation. It burns wood and draff and uses steam to evaporate pot ale into a syrup that’s used as a protein supplement for livestock.

“Helius Corde is a groundbreaking venture and a prime example of working in collaboration with local industry to secure sustainability. It will benefit the environment and farmers who can access its animal feed for their livestock. It is another step on the way to the Scotch Whisky industry meeting the ambitious targets laid out in its Environmental Strategy – the first industry-wide strategy of its kind in Scotland,” Gavin Hewitt, then the chief executive of the Scotch Whisky Association, said at the facility’s opening.

Prince Charles (now King Charles) even attended the opening of Helius Corde, cutting the ribbon at the opening ceremony.

“This is renewable energy in action using innovative technology. Projects like these will increasingly form part of the UK energy mix and we are privileged and proud that HRH The Duke of Rothesay (as the prince is known in Scotland) joined us to formally open our plant as it begins production,” Helius CEO Adrian Bowles said. 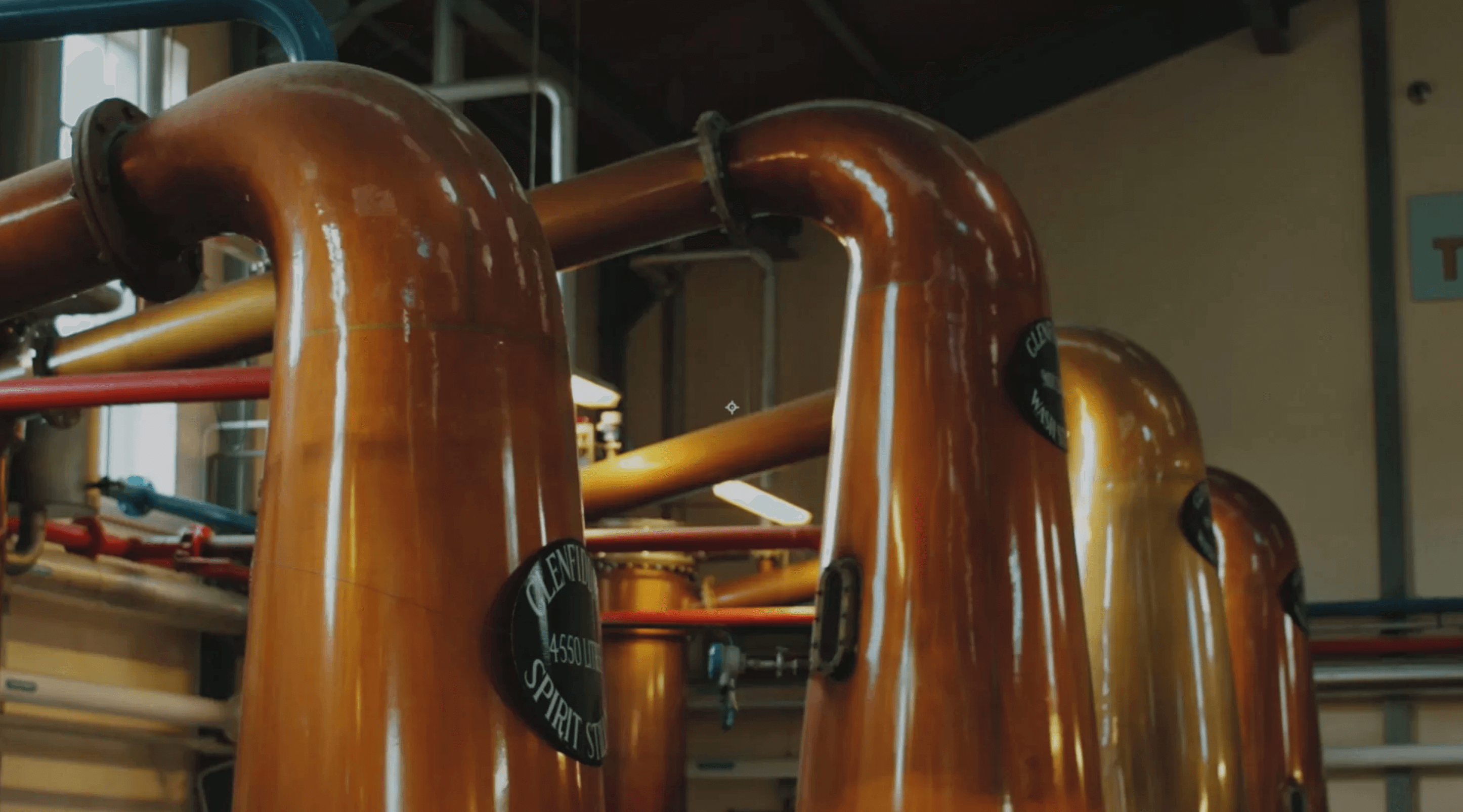 Glenfiddich sells more 14 million bottles of its single malt annually. That makes for a lot of whisky waste byproduct and a lot of miles logged by its delivery trucks. Thinking, “What can we do that’s better for us all?” as Stuart Watts, distillery director at parent company William Grant & Sons, put it to Reuters, Glenfiddich began making biobutanol to power its trucks.

Installing fuel stations at its distillery in Dufftown, Scotland, Glenfiddich will gas up its fleet of 20 trucks with biobutanol from its own fermentation process. That will cut the fleet’s CO2 emissions by about 95%, and Watts told Reuters that William Grant & Sons is exploring the use of biobutanol in its other brands.

In the closed-loop process, Glenfiddich recycles all of the whisky waste byproduct it generates, wasting none.

“It has taken more than a decade for Glenfiddich to become the first distillery to process 100% of its waste residues on its own site, then to be the first to process those residues into biogas fuels to power its trucks, and finally to be the first to install a biogas truck fueling station supplied by our on-site renewable energy facility,” William Grant & Sons’ Dufftown site leader Kirsty Dagnan said.

The Scots already gave us the gift of whisky. Now, they’re turning whisky waste byproduct into renewable energy. That’s worth raising a glass to.