Wheeling and Lake Erie Railway is celebrating a big milestone in 2015: its 25th anniversary.

“It’s a great success story,” shared Drew Nelson, the Vice President of Marketing, who has been with the new ownership since day one. “The first part of our history was a struggle, but the company has persevered through the rough patches to enjoy its successful present.”

The Executive Vice President of Wheeling, Jonathan Chastek, has worked for the company in positions from track maintenance, to conductor, to engineer, proving his grasp of the culture and history the railway.

“Our focus on customer service is unparalleled,” he said. “We provide the services of a Class I railroad, but can offer a better, more personal, customer experience than many of the larger rails, where it can be easy to lose sight of what’s important to clients.”

The Wheeling and Lake Erie Railway is a Class II regional railroad that provides freight service, mainly in Ohio. The company was founded in 1871 to address the need for a rail to connect Wheeling, the West Virginia coal fields, and Lake Erie port cities and facilities. Today’s Wheeling was spun off from Nofolk Southern in 1990; current management took the company over in 1992 and has seen the railway flourish since.

Chastek credited this to the team’s commitment to the continuous investment in infrastructure, brought on by the railway’s traffic increasing at a rate that was not sustainable before the investment.

Wheeling’s expansion of its yard facilities has opened up huge opportunities for the railway. With an extra 40,000 feet of track in Brewster Yard, its switching capacity—how fast the railway can switch out the cars on a train—has doubled. The company has also purchased 16 additional locomotives and increased its manpower by doubling its workforce, which includes its conductors.

Coordinating this expanded pipeline of work is no small feat, so teamwork and communication between all levels and departments within Wheeling is necessary.

“It takes teamwork from all of Wheeling’s departments, not just the guys physically moving the trains,” said Chastek. “If one part of the railroad falls, we have a big problem with logistics. The strong partnerships within all aspects of the company ensure that Wheeling can continue to move freight uninterrupted.” 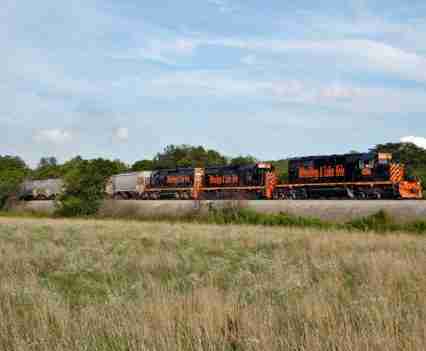 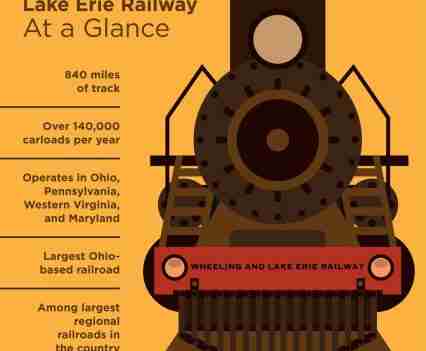 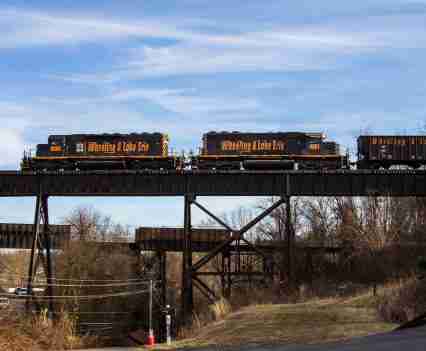 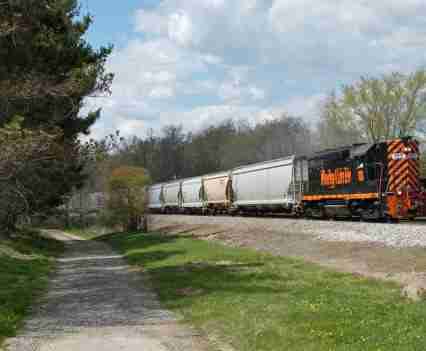 This open line of communication also extends to Wheeling’s clients, with whom the company is in touch on a regular basis. Wheeling’s employees often form personal relationships with customers that turn into friendships over time. This often leads to loyal, repeat customers. After all, if they are happy and have a good relationship, why go anywhere else?

“One of our customers, who started with us in 2008, has stayed on with us because we do have such a good relationship. In fact, the customer currently has three operating facilities on our railroad because of this.”

Wheeling has the flexibility many Class I railroads do not have to give customers a better customer service experience. For example, Wheeling deals with a reduced bureaucratic system, and everyone is in one corporate office, meaning decisions get made faster.

When working with Wheeling, customers talk to someone in Brewster. Chastek shared that employees at the company are very focused, and the company provides a good family-style atmosphere. As proven by Chastek and Nelson, Wheeling believes in promoting from within, which creates company loyalty and pride.

And many other railroads that are Class II only offer one or two connections, and can only offer switches for clients a couple of times a week. With its competitive rates, multiple connections—many to Class I rails—and the option for clients to switch multiple times a day, Wheeling is setting the precedence in the industry.

To continue setting the standard in the industry and to grow Wheeling’s business profile, Chastek would like to see the infrastructure continue to expand, and a continuing effort to diversify the commodity base of the company.

“We want to improve the speed and capacity of the lines. Focusing on new business is a significant portion of our strategy going forward: we’re looking to convert trucking customers to rail customers.”

Nelson, when asked his hopes for the future, provided an answer that exemplified the company’s history and culture.

“I never want us to lose sight of providing excellent customer service,” he said. “That will always be the key to our success.”

The history of the Wheeling & Lake Erie Railway Company (W&LE) began in 1871 with the need for a rail connection between the Wheeling, West Virginia coal fields and Lake Erie port cities and facilities. Initial enthusiasm was offset by capital constraints and financial difficulties which slowed the progression of the line until 1877 when interest began again in earnest to move southeastern Ohio coal to Lake Erie and iron ore from the Lake to steel plants in southeast Ohio. In 1913 the main offices were moved to Brewster, Ohio, where they remain today.

After World War II, W&LE has had various owners — first the Nickel Plate leased the line, then the Norfolk & Western took control, and finally, the Norfolk & Western and Southern Railway merged to become Norfolk Southern (NS). The W&LE was dissolved as a corporate entity in 1989. A spin off sale in 1990 by the NS to a group of investors renewed the old corporate name. The new rail system was now made up of a combination of the former W&LE, the Pittsburgh & West Virginia (PWV) and the Akron, Canton & Youngstown (ACY) lines. The 576 miles of track, combined with trackage rights acquired from NS, encompassed 840 miles.

After the 1990 sale there were initial financial struggles, including a debt restructuring in 1994. But after the restructuring, the success of the new W&LE became apparent. In 1994 the Company also grew with the acquisition of the former Akron and Barberton Belt Railroad and part of the local Conrail “Cluster” railroad in the greater Akron, Ohio, area. The renamed company, Akron Barberton Cluster Railway, handles in excess of 10,000 carloads per year for about 25 customers, primarily consisting of traffic in aggregates, chemicals, grain, plastic products, and scrap iron.

W&LE now handles over 110,000 carloads per year and operates in Ohio, Pennsylvania, West Virginia, and Maryland. The company is private, 100% internally owned, and currently has approximately 400 employees. W&LE is the largest Ohio-based railroad and is among the largest regional railroads in the country. The company has over 120 customers and a continually growing customer base. W&LE interchanges in numerous locations with three major Class I Railroads (Canadian National, CSX Transportation, and Norfolk Southern), as well as 14 regionals and shortlines. One of the results of the breakup/merger of Conrail was that the Surface Transportation Board granted trackage rights to W&LE over approximately 56 miles of track providing interchange access in Toledo, Ohio, including Canadian National Railway and the Ann Arbor Railroad. It also gained additional trackage rights of approximately 53 miles over CSXT with access to Lima, Ohio, with the interchange to the Indiana and Ohio Railway.

Multiple Class I connections have enabled the W&LE customers to benefit from competitive rail rates and service. Many of the major commodities handled (such as coal and steel) remain the same as in the early days but new customers bring both greater diversification and traffic. W&LE currently handles steel and raw materials to and from five different mills, aggregates from three different quarries, chemicals, industrial minerals, including frac sand, plastic products, grain, food products, lumber, paper, and petroleum products including Marcellus and Utica LPGs and NGLs.

W&LE mainline tracks are rated for 286,000 pounds gross weight on rail and mainline track speed is now up to 40 miles per hour for the majority of the mainline as a result of the installation of over 170,000 new ties, and continuous welded rail, as well as improvements made to many bridges and tunnels. In 2004 Railway Age Magazine selected W&LE as Regional Railroad of the Year.

An asset that has proved productive for the new W&LE is the Brewster shop complex. As far back as 1910 the W&LE built 0-8-0 steam engines in the Brewster locomotive shop and the upgraded shop continues to be a valuable asset of the W&LE, offering locomotive and car rebuilds, repairs, as well as fabrication services to other railroads. This extensive facility can accommodate the repair of 50 cars under roof and 50 additional cars outside with a storage yard area for 1000 cars.

W&LE has committed many hours to assist in developing community awareness of railroad/highway safety through Operation Lifesaver and has received four national safety awards in the last seven years for employee safety.

W&LE has a promising future with the growing and varied traffic base of bulk commodities, heavy on-line traffic and interline potential. It has a strategic location in the Marcellus and Utica Shale natural gas and oil production areas in Ohio and Pennsylvania which gives W&LE a strong foundation on which to continue building. W&LE has become a successful regional railroad and will continue to grow and improve with its dedication to safety, customer service, and efficiency. 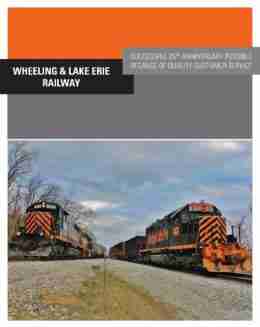 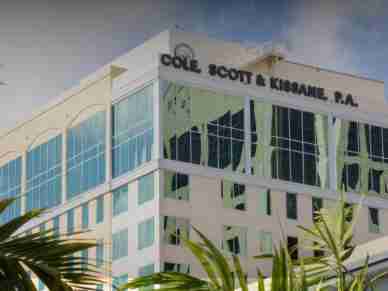 “Successful litigators and transactional lawyers know there is no substitute for thorough research, preparation, and management of information.” This introduction to the firm of Cole, Scott & Kissane, P.A. (CSK) could be referring to their digital journey. 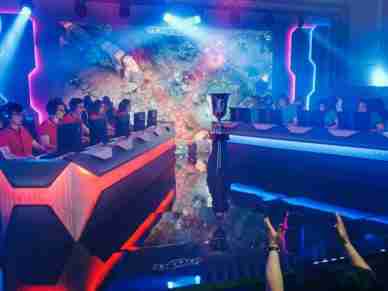 This isn’t a football or basketball game. It’s college esports, and it’s quickly bringing in big interest, and big money, much like its predecessors on the gridiron and hardwood have done for many years. 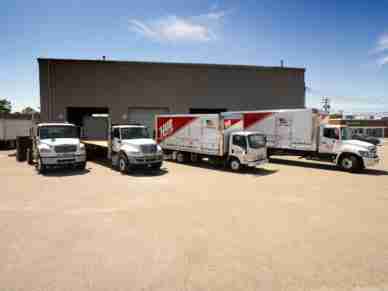 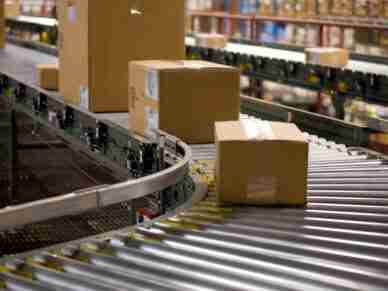 Practicing risk prevention and management in a warehouse is crucial for employee safety and goods protection. Managers who understand their facilities' threats can take proper measures against them. This way, they can work to create a safe, efficient work environment.