Henry Ford opened the way for robotics with the invention of the assembly line. Since then, Amazon has expanded on this technology with the implementation...

Henry Ford opened the way for robotics with the invention of the assembly line. Since then, Amazon has expanded on this technology with the implementation of robotic use in their newest warehouse. The $100 million warehouse opened in DuPont, Washington, last June and Amazon held a grand opening ceremony in February 2015 for political and economic development officials.  The revolutionary space is leading the way for the entire warehouse industry. 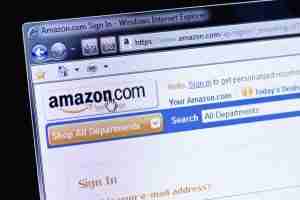 One of the major benefits of Warehouse Robotics is their ability to lift and transport extremely heavy loads.  The Amazon facility features hundreds of Kiva robots that buzz around the warehouse.  The key function of these incredible autonomous helpers is to lift and move shelves of products, delivering them to human workers who then ship the items off to customers.

The desire is not for these robots to replace human employees but to make the job easier and more efficient for the workers.  Mike Roth, Amazon’s vice president of North American operations states “they do the repetitive, tedious jobs that humans don’t want to do.”

Products are stored in mass on shelving units in warehouses and when needed, the shelving units can be moved by the robots to gain access to the product. As such, the robots help to increase the overall capacity of the warehouse without increasing square footage because the shelving units can be packed very tightly together and easily moved by the mechanical helpers. This extra space will subsequently increase how many products a warehouse can store. Thus, products are more likely to be in stock and readily available when the customer orders. 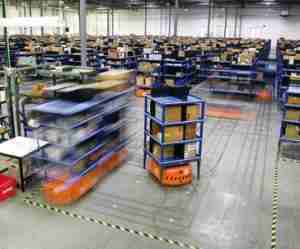 Organization of the warehouse is greatly improved by robotics. The robots recognize different situations such as when there are empty pallets to be stored or the location of stored items. This artificial intelligence improves the efficiency of the warehouse since the machines do many of these type of tasks automatically. Repetitive tasks can also be accomplished fairly quickly and efficiently which can improve worker fatigue.

The use of robotics can help to cut costs in general by improving the movement of products and increasing the speed of sorting. Since time is money, the savings are seen in many different departments with increases in efficiency, speed, and improved service.

Robotics has improved the way a warehouse operates.  More efficient operations improves how customers receive their products which can ultimately lead to more sales as customer expectations on delivery are exceeded.