This commerce giant has made substantial gains in sustainability. It’s one of the most important questions a company can answer: why should consumers choose this...

This commerce giant has made substantial gains in sustainability. 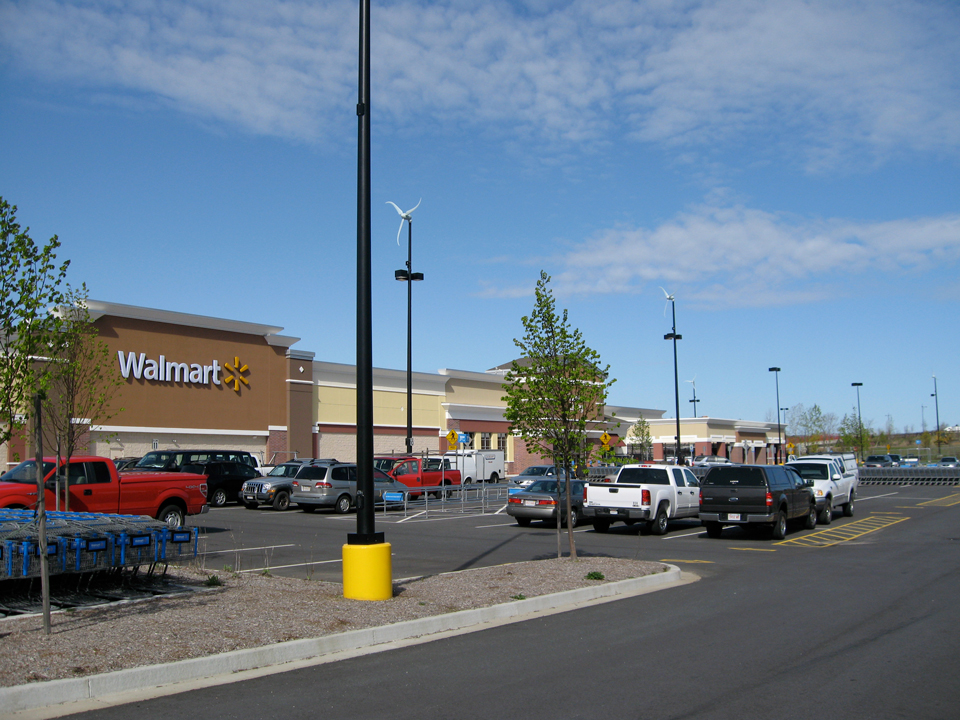 It’s one of the most important questions a company can answer: why should consumers choose this brand? Markets are oversaturated. Chances are that dozens of other organizations offer what you do. What makes you different?

Lower prices for the same quality might do the trick. Free shipping, membership perks, and a host of other options are advantages for any shopper. But for a growing number of consumers, a company’s sustainability efforts have become an important part of the purchase decision.

A global study conducted by the United Nations Global Compact and Accenture found that 66 percent of 18- to 34-year-old shoppers choose to buy from sustainable brands—an important statistic since Gen Z and millennials have a large share of purchasing power in today’s market. They also tend to recommend brands that behave in an ethical and responsible manner.

Walmart knows this; in fact, this report has come up in conversations the Walmart sustainability department has with environmental stakeholders. The organization used to be known for its blue light specials and is known today for its ability to successfully operate within a market becoming more and more dominated by Amazon. But if you talk to shoppers, sustainability may not be the first thing they think of in regards to the retail corporation.

Mark Vanderhelm and his team are changing that, although it’s not an easy shift for the Walmart brand.

“Our founder [Sam Walton] used to say ‘do it, don’t talk about it’. But we’re doing a better job of talking about it now. In certain circles, especially in the green space, people are aware and often thank us for the work we’re doing.”

The Need for Sustainability 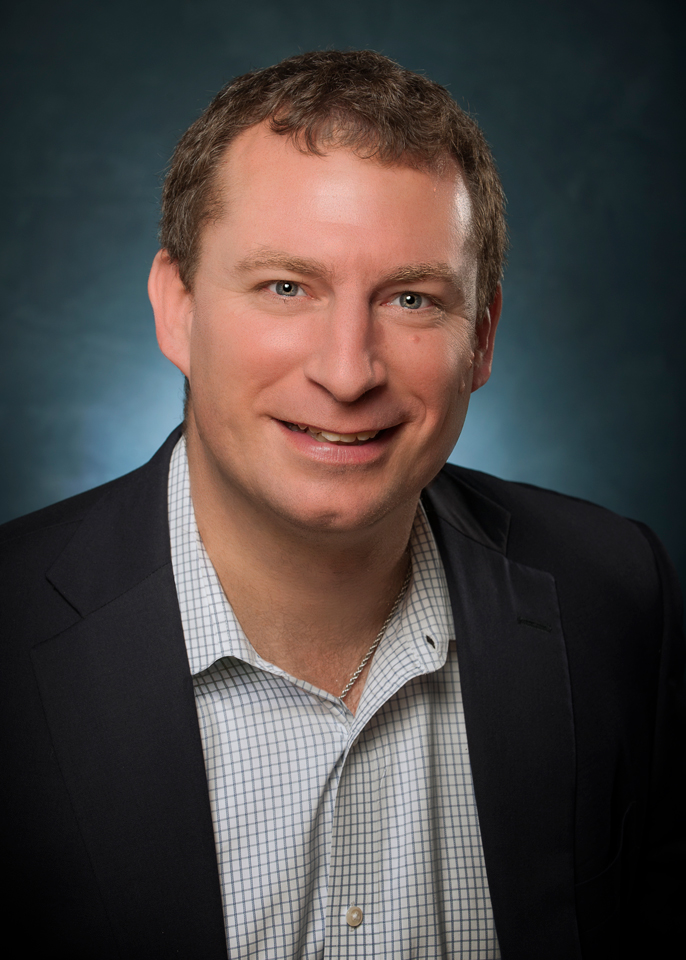 Vanderhelm was aware of humans’ impact on the earth and the need for sustainability from early in his education. He utilized his strengths in math and his curiosity for how things worked to pursue a BS in Mechanical Engineering from the University of Texas at Austin. He then turned his attention to Nuclear Engineering, getting his PhD from MIT in the discipline in the early 2000s.

Wind and solar energy became cheaper faster than he expected however, and he moved into the space to capitalize on its rapid growth. Walmart has proven to be a perfect fit for him to flex his engineering muscles.

“The commitment from leadership down to my role for Walmart sustainability is what drew me to the position. Given the size of Walmart and its impact in this space, we have a lot of room to do a lot of good. I continue to look forward to finding where the barriers and challenges are and tackling  them headfirst,” he said.

Walmart’s history with sustainability initiatives can be traced back to 2005. The company’s most recent goals, however, are its most impressive thus far: Walmart is committed to using 50 percent renewable energy in its buildings by 2025. To reach this goal, the company is planning to double the renewable energy it currently uses in the U.S.

The new initiatives also include increasing the number of on-site solar energy installments to over 500 locations, a category in which Walmart is already a leading company.

The other tentpole to this strategy is emitting 18 percent less greenhouse gases in the same time frame, relative to the 2015 baseline. It was the first retailer to have a verified science-based target emissions-reduction plan.

“We recognize we have a role to play. That’s been the theme and thesis since 2005. We’re engaged in the sustainability effort. We’re not driven by regulations, but our own idea of what it means to be a sustainable company.”

In a show of solidarity between mega-corporations, Walmart, Google, Target, and Johnson & Johnson recently announced a deal with Georgia Power (part of the Southern Company) to procure 181 million kilowatt hours of solar energy for their businesses. In January, Walmart cut the ribbon on a 72 million kilowatt-hour solar farm in Alabama (another Southern Company property).

Vanderhelm highlighted the changing utility landscape, sharing that a handful of utilities are becoming more customer focused as businesses are looking for a more renewable mix to their energy generation. It’s been standard practice that all energy, no matter how it’s generated, goes through the same stations, and wasn’t previously tracked as clean or another type of energy.

“We’re having similar conversations with other utilities, which are recognizing the merits of engaging directly with large corporations and providing a broader range of products—one size doesn’t fit all. We’re hoping to announce similar deals in Oklahoma and Arkansas in the future.”

This trend of purchasing clean power in states less likely to have regulatory or legislative mandates, and states that hadn’t previously been known for an affinity for renewable energy, is catching on.

One of Walmart’s biggest initiatives to help lower its greenhouse gas emissions is Project Gigaton. The Walmart sustainability platform, introduced just over a year ago, invites suppliers to join the organization in committing to reduce emissions from their operations and supply chains.

The program’s main feature is an emissions reduction toolkit available to this network of suppliers. It’s goal? To eliminate one gigaton of emissions—the equivalent of removing 211 million passenger cars from U.S. roads for a year—from areas like manufacturing, materials, and use of products by 2030.

The project has also since expanded internationally to China and the U.K., and more than 400 suppliers with operations in 30 countries have joined.

“We’re currently working with our 100 top suppliers in China to get them to join Project Gigaton,” Vanderhelm shared. “Our goal in this part of the world is to remove 50 million metric tons of emissions from our activity in the region by 2030. It’s the equivalent to the emissions caused by 40 million homes in China—not a small feat.”

Around 85 percent of emission reduction from the project thus far has focused on the energy and product use pillars, with projects devoted to areas such as renewable energy investments and the development of more efficient products.

At Walmart’s annual Sustainability Milestone Summit, supplier Procter & Gamble announced its plans to cut 50 MMT from its operations and value chain by 2030. 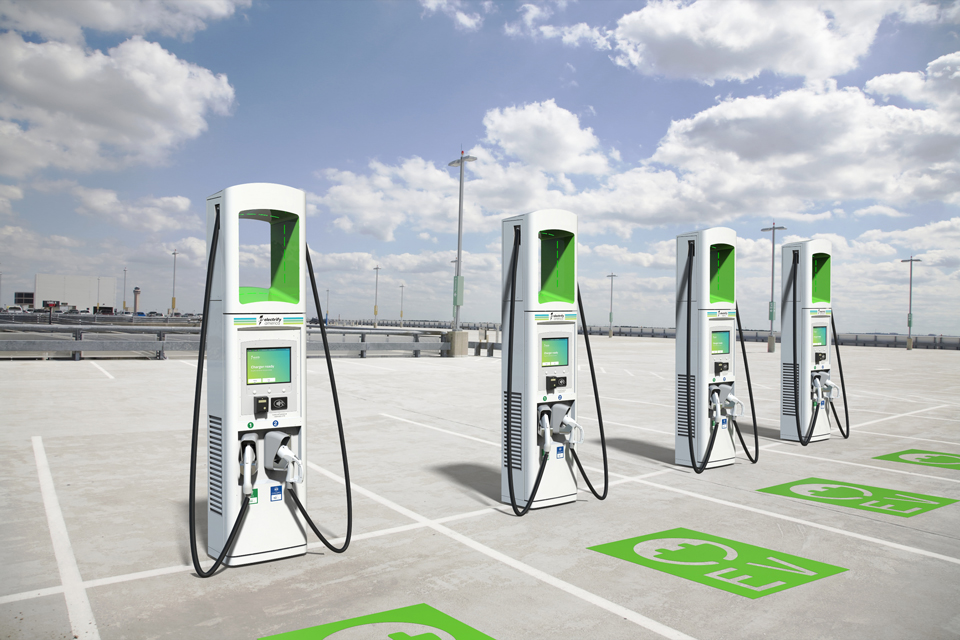 Walmart’s summit was full of other impressive energy announcements as well, including its  plans to more than double its EV charging station sites at many of its locations. The company will be adding several hundred charging stalls across its operations in 34 states.

“This commitment includes bringing the total number of chargers to over 1,000 at 100-plus locations,” said Vanderhelm. “This rollout will be a single-user experience across all locations. We’re using the most recent tech in these chargers, which will be able to charge in as little as 10 or 15 minutes in some instances. We’re really excited about this plan.”

This expansion makes Walmart one of the nation’s leading EV charging station hosts, creating a national grid of electric vehicle charging availability at hundreds of Walmart stores. A roadtrip across the U.S. in an electric car may have just gotten a little easier.

A very important component to Walmart’s sustainability initiatives and its progress in the green space comes down to another type of green: money. For Walmart to continue offering you low prices on your favorite products, its sustainability plans need to either cost the same as traditional energy sources, or save the company money.

“Every sustainability goal we announce, every action we take with onsite solar or offsite wind energy ends up saving our stores money,” Vanderhelm shared.

In order to line up Walmart’s sustainability goals with its business ones, things move a bit slower than Vanderhelm would sometimes like, although he understands the reasoning.

“I was joking with my boss the other day that if I could write the checks I could do this a bit faster,” he chuckled. “But I don’t know how much money we’d save our stores. It’s a challenge, but that’s why I love what I do.

“In this space, there’s a great opportunity to create strategies and initiatives that are good for the company, good for our associates, and good for the customers. It may just take some time to get it perfect.”

When you pass Walmart the next time on your commute, consider their position in sustainability. Even if it doesn’t cross your mind, it’s certainly on the minds of every leader in the company, and that’s a good thing for our planet.