There’s fame and fortune, fun and fabulous food, but family is above all else at Wahlburgers.

There’s fame and fortune, fun and fabulous food, but family is above all else at Wahlburgers. 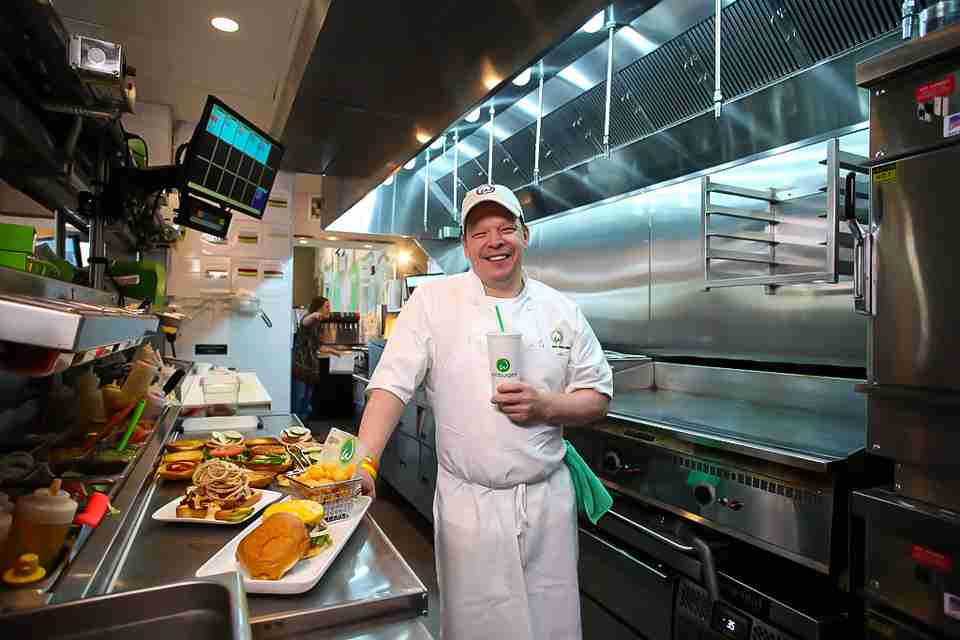 Finding your favorite haunt is one of life’s greatest pleasures. There comes a moment where that favorite restaurant becomes yours, in a sense: You’re not sitting in a booth, you’re sitting in your booth, listening to good music, drinking your favorite brew, and making memories with friends and family. It’s your place, and once in a great while it becomes something much more.

In 2015, Renna made the acquaintance of then-company president Rick Vanzura. “We hit it off,” he recalled. “A few months later, as I was exiting a prior company, we connected and he offered me the job as CFO. I jumped at the chance. I met with him, I met Paul, and it was a small team at the time. There were only four people in the support center at the time. I took the chance to join what was and what still is a small startup restaurant.”

As the newly minted president of the fast-growing enterprise, Renna is now part of a family that’s accustomed to catching lightning in a bottle. “We believe that all of our guests that walk in are family. Our mission is to treat all of our guests like they're part of the family and provide them with a star worthy experience. That star worthiness isn’t about the Wahlberg brothers. It’s about making the guests feel like the stars.

“You can see it. Working closely with the family you can see the love for the business and their love of any business they're involved in. Mark, Donnie, and Paul have put their heart and soul into this to make it the best it can be, and it's my and the team's job to execute their vision of creating the best version of a what a Wahlburgers can be,” Renna stressed. “There's a lot of fun, and Paul is an amazing chef who's created a great concept and great menu items, and they're all wonderful to work with.”

Thirty-two restaurants are currently in operation, with franchises scheduled to open in the Milwaukee and Atlanta markets later in the year. This month, a partnership with the Dallas Cowboys will bring a corporate restaurant to Frisco, Texas, where the team is based. “It’s a great opportunity to partner with the Jones family and the Wahlberg family,” Renna said. “They’re both family-owned companies with great values and great cultures, and it's a good development right in Frisco where the Cowboys’ training facility and corporate headquarters are.” 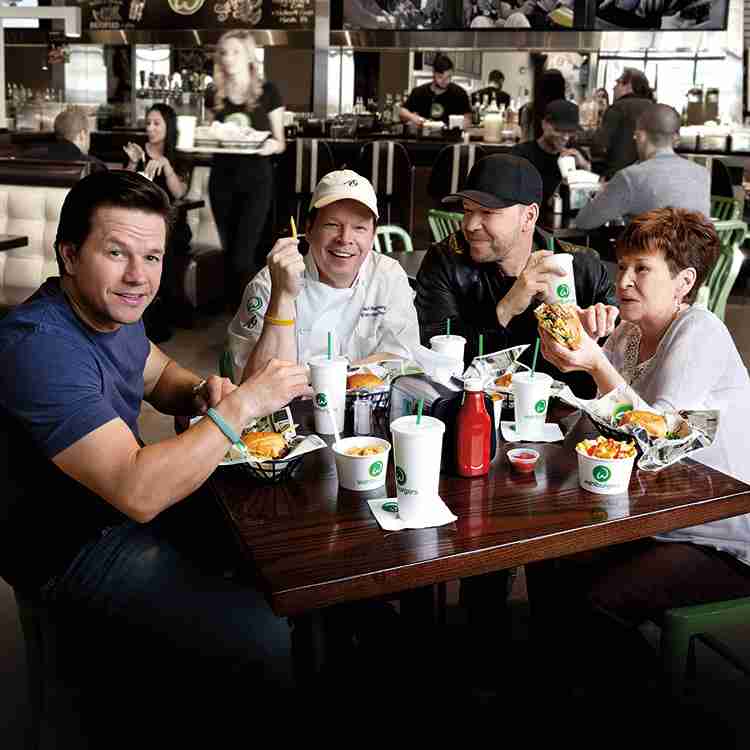 In addition to opening an additional location in the Minneapolis area as well as a third in Vancouver, 11 locations are slated to open in 2020. The company plans to test a smaller footprint of Wahlburgers inside two universities, and will also partner with the Army and Air Force Exchange Services, also a franchisee, to launch a fast-casual version of Wahlburgers in Germany at Ramstein Air Force Base.

“Our growth strategy is multifaceted; we have a full service restaurant, traditional Wahlburgers with a full bar, mostly just in markets where we have existing franchise agreements, and then we're going to do a few of these non-traditional spaces, so military bases, airports, and universities next year.”

International interest in the brand is high, so Renna is on the hunt to cultivate franchisees in Canada, Asia-Pacific, Australia, and in more of Europe.

Wahlburgers’ retail presence is also growing, with company branded fresh and frozen beef patties, sliders, and loaves in over 4,000 grocery stores. More products are on the way, including fan favorite Wahl Sauce, and pickles made with Paul’s exact recipe. The leap to retail is two-fold, Renna said. “It helps the brand get its name out there but most importantly there's a lot of fans of the brand — we're still relatively small in size, but our brand is outsized — so being able to get our products into the hands and into the mouths and stomachs of fans that may not have been to Wahlburgers yet, is important to the brothers.

“That's why it was important for us to make sure the retail products are the same blend of beef and the same patty size that you get when you come in to Wahlburgers. We're happy that we're able to do that for the fans and guests out there who haven't been able to try the restaurants because they're not located nearby.”

A new loyalty app that blends a rewards program with advance ordering will debut in October. “We're super excited about that. We launched online ordering earlier this year and we continue to provide our guests with new ways to interact with us. They can send feedback and comments to the app.

“Looking ahead, we're actually working on bringing the family into the restaurant in a virtual way. We've been working with the Mira AR system, which allows the brothers and the family to call in and pop up on the TV and surprise and delight our guests,” he revealed.

“Because the family is so well-regarded, as we grow it gets harder and harder to physically get them to restaurants. We're bringing the family into the restaurant using technologies that create virtual interactions between the brothers and our guests while they're inside the restaurant. You can put your phone up to a menu item and you might see Paul talking about the recipe that he created, or maybe a picture of a movie of Mark’s on the wall might be a trailer, or it might be a New Kids picture and Donnie talking. We're really excited about that. We've been working on that for the past few months and hopefully we'll have something to start testing before the end of the year.”

Viewers of the eponymous two-time Emmy nominated A&E show will be treated to its 10th and final season this year. Renna confirmed that the warmth, hilarity, and dedication portrayed for the cameras is wholly honest. “At the core we're a family-owned business and our goal is to bring the Wahlberg family values that you see on TV to our restaurants, to our employees, and to the guests that walk in the door. We want to share their love of food, love of family, and their love of fun with our guests at all of our restaurants. It really is about family when you come down to it. 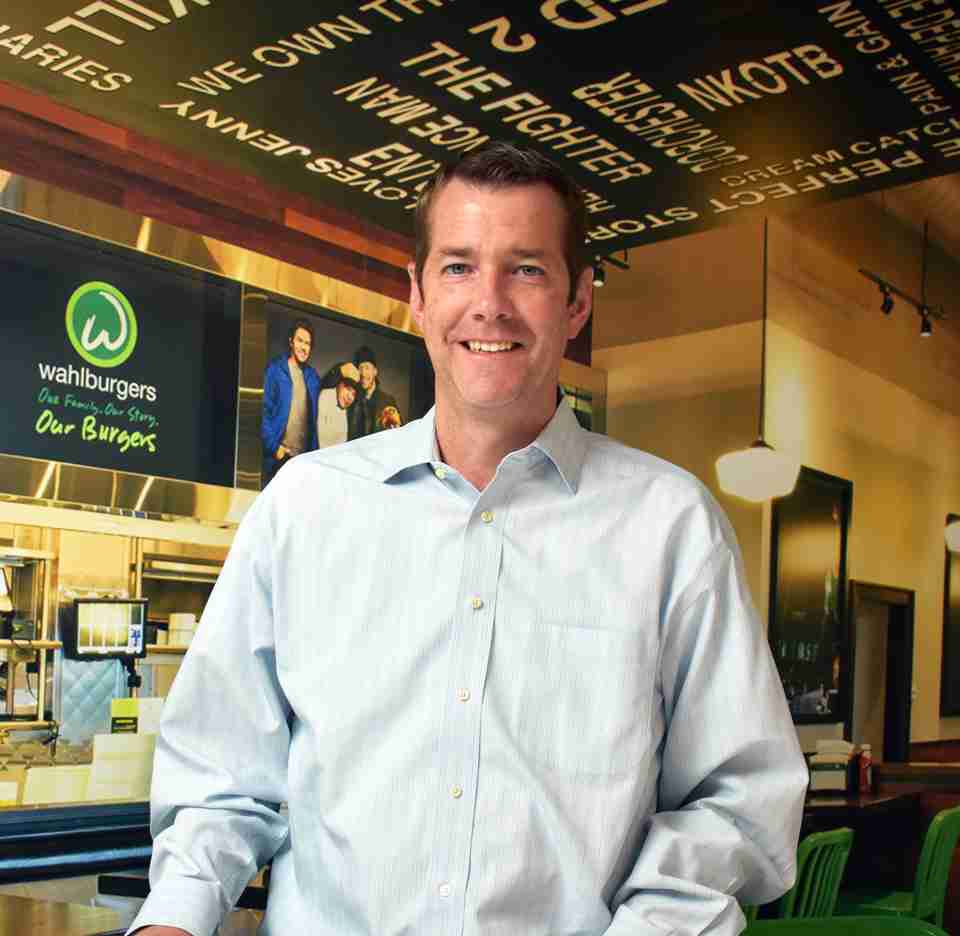 “We want people to love the experience of the restaurant. We know they know the family's name, they love the family, and they’re fans of the family, but that's just the beginning. It's really up to us. It’s our responsibility to create a great restaurant experience. We want people to know that while we are a celebrity brand, the real foundation of the company is Paul's recipes and his food that compliments it so well. It's a restaurant you can use multiple times a year, a month, in different ways.”

When Chef Paul set out to create a family restaurant, things got interesting quickly. See, Paul’s a Wahlberg, and the Wahlbergs are no ordinary family. One brother, Donnie, didn’t just join the school band as a kid, he created the most famous boy band in the world. His other brother, Mark, didn’t just take drama, he became one of the most famous actors in the world. And Paul, well, he loved food. And family. But he wasn’t satisfied just cooking for them. He wanted to cook for everyone else’s too.

He was hungry for something more.

So he created Wahlburgers.

This isn’t another cookie-cutter chain posing as a family restaurant. This is the real deal. With menu items like the sloppiest Sloppy Joe’s, the tastiest tater tots, and frothiest frappes, based on the same recipes Paul and his eight siblings devoured as kids — taken to another Wahlberg-ian level.

Come chow down on Mark’s favorite burger topped with all things Thanksgiving. Dip a handful of fries into Wahl Sauce that’s so delicious you keep asking for more. Hit the bar for a Wahlcoction or top off your night with a colossal frappe that screams at you to take an Instagram photo. 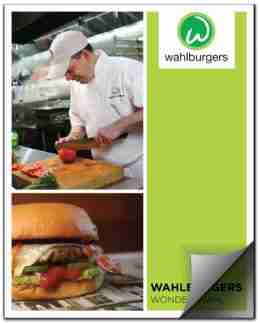