Cutting-edge repair technology that keeps Air Force jets aloft is about to disrupt commercial metalwork, and VRC Metal Systems is at the helm of its supersonic path to adoption. 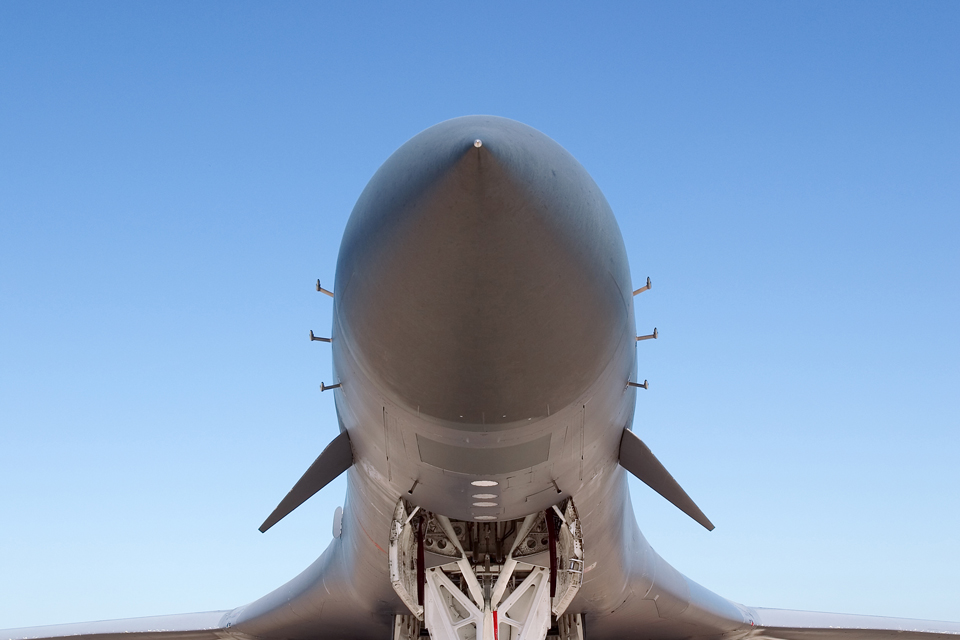 Keeping this country’s aging B1 bomber fleet in tip-top shape takes increasing ingenuity. Of the 100 B1-B Lancer bombers deployed in 1985, roughly 60 are still in use, kept airworthy with advanced repair methods that have evolved at top speed. One such technique is now available for commercial use and will forever change the way we fix and manufacture metal components.

Originally developed for making high-quality repairs to the B1 weapons systems, high-pressure cold spray technology (HPCS) is used to repair metal parts that either can't be welded or would be damaged by other kinds of thermal spray technology. HPCS welding accelerates metal powder particles and uses the kinetic energy of the particle to create the weld; this type of solid-state welding doesn’t create significant heat that can degrade the part being repaired, and it makes it possible to join metals with dissimilar properties that other welding techniques can’t. And, because repairs often take place in the field, portability is essential.

The HPCS system developed by VRC Metal Systems provides just such portability. While the patented hand-held design features were created jointly by the Army Research Lab, South Dakota School of Mines and Technology, and VRC, and deployed for Department of Defense applications. The portability features were pioneered by VRC and are central to bringing this game-changing technology to market.

Rob Hrabe knows all about keeping B-1Bs in the air because he flew them for a living. The former B-1B pilot and retired USAF Lieutenant Colonel co-founded VRC in 2013 alongside noted cold spray technology expert Christian Widener, PhD. With support from the Army Research Laboratory and the South Dakota School of Mines and Technology, Hrabe, Widener and their team have successfully commercialized this sophisticated cold-welding technique.

Executing successful repairs on the remaining B-1 fleet has been an advantageous proving ground, opening a path for VRC in the aerospace and defense industries whose primary concerns when it comes to mission-critical repairs are safety, viability over time, and cost.

As Hrabe told BOSS, “When you talk about gearboxes for aircraft, they can be anywhere from $50,000 to $500,000 each. They are very high quality and very expensive. It's those pain points, in terms of cost and lead-time for parts that have really driven demand.”

He described the typical situation that businesses face when challenged by costly heavy machinery repairs through his lens as an aviation expert and mechanical engineer: a required repair of an equipment bay skin panel on a B-1 had a two-year lead time and projected cost of $225,000 because the original part was out of production.

“The part was match drilled to the airplane so there was no way to swap one from another airplane. We were able to fix it in a couple of weeks for $2,500,” he said. “We were able to do something to fill a serious need and demand for a solution to a problem that nothing else could solve, and that then drove the demand for this technology.”

A new day in manufacturing and repair 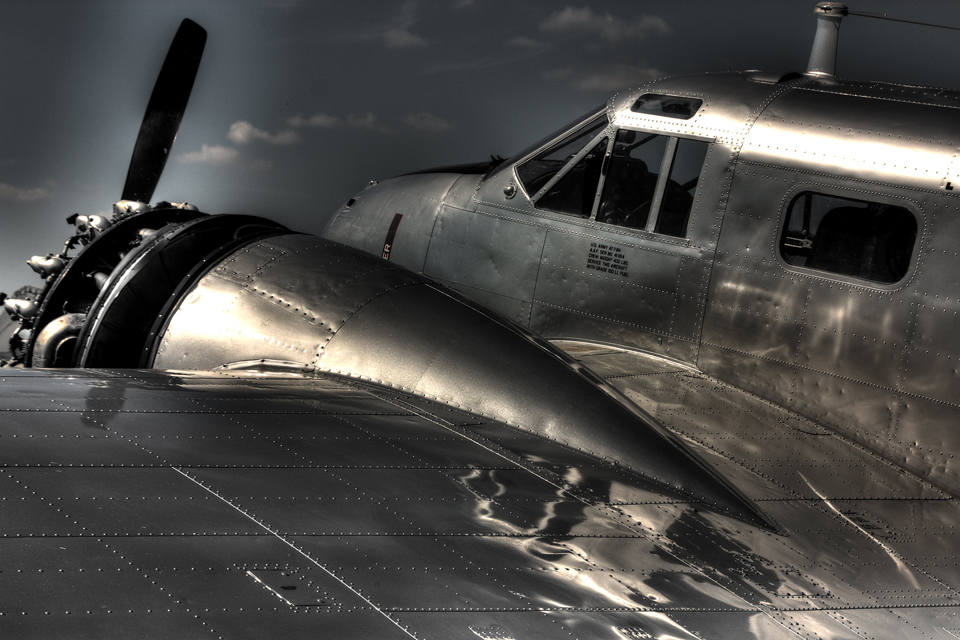 “Once people woke up to the capabilities, other Industries started jumping in,” Hrabe revealed.  Leaders in heavy industry and critical infrastructure are realizing that the same methods that keep a plane aloft as it cuts through the clouds at Mach 1.3 can be used on their machinery components.

For example, gearboxes, which are typically made out of aluminum or magnesium are vulnerable to corrosion and leakage. Spray-on welding adds metal back to its original, or better than original condition without degradation. “The part is good as new. It will save you a ton of money on replacement parts,” Hrabe said. “You can simply blast off the corrosion and spray on more metal and you're back to your original condition.”

Industry stands to benefit from VRC’s pioneering approach, particularly as an alternative to chrome electroplating which has been mandated for replacement in multiple industries due the release of toxic hexavalent chrome during the plating process. Cold spray coatings have been developed with the hardness and corrosion resistance of chrome, but even greater wear resistance. Additionally, cold spray is an environmentally friendly technology that produces no toxic fumes and can offer new ways to repair rather than replace parts, saving energy and reducing CO2 emissions.

For Hrabe, Widener, and their team, the refinement of the technology was far from their biggest challenge in launching VRC. “In conventional welding you have decades worth of experience, manuals that tell you how to weld and what kind of strength to expect, and lots of engineering and technical data,” he noted. “It’s a new technology, a new idea, so you have to prove everything. Then you have to overcome the fear on the part of the customer that they're going to invest in something that’s a fad or doesn't really work as advertised.”

In addition to the Army Research Lab, the South Dakota School of Mines and Technology, and industrial partners like Moog and United Technologies, Hrabe credits the state with nudging VRC into widespread viability. “In South Dakota we have a bit of an advantage, in a way, because we’re a small state, and got a lot of help from our congressional delegation and our Governor's Office of Economic Development in helping us incubate this technology into a commercial product.” 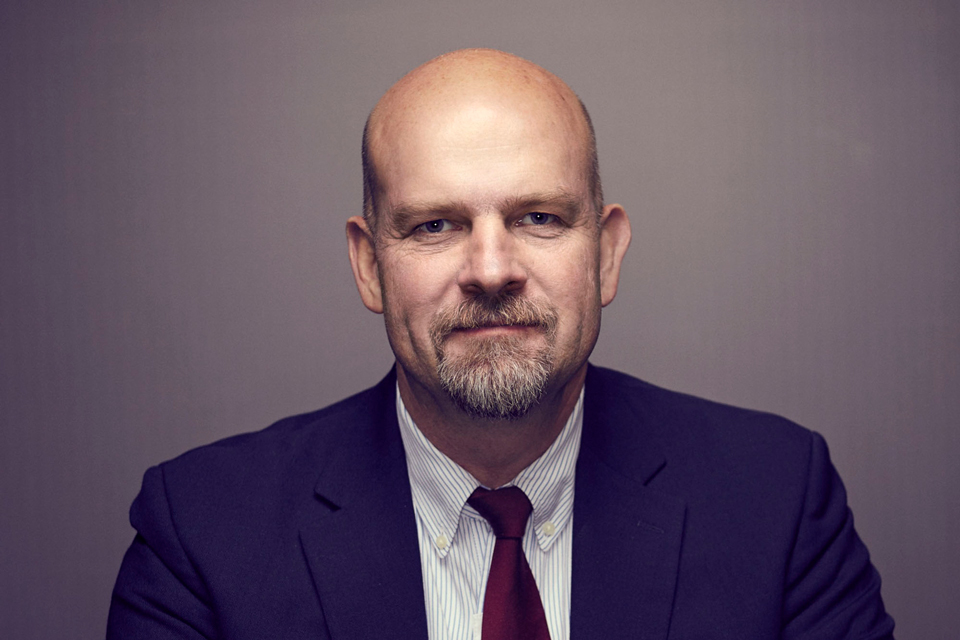 Once the HPCS system was market-ready, VRC developed advanced manufacturing systems to support the technology. “That was primarily a response to customer demand and the need to provide a turnkey solution for the customer,” he said.

“They don’t have to go through all of the different processes to repair something, and we can show that we provide quality controls and ultimately a quality product for them. There’s a demand in the industry for automated manufacturing and machining, additive and subtractive type processes. The additive manufacturing market helped push the idea for these integrated manufacturing systems which caused a natural advancement of the technology.”

Hrabe’s high-flying advice to entrepreneurs struggling to bring their innovations to market is heartening, “Keep your wits about you and if you're frustrated every time you have a failure and every time somebody rejects your product just keep putting one foot in front of the other and keep improving your technology and try another approach,” he advised. “If it was easy anybody would do it.”

Have your heard about Supersonic Particle Deposition? You will soon!  VRC Metal Systems manufactures high tech metal working equipment and automation systems that are revolutionizing the way parts are manufactured and repaired today. Their flagship product, the VRC Gen III, is a high-pressure cold spray system that can spray metal powders to coat or build up parts for repair, advanced coatings, and additive manufacturing. Cold spray technology accelerates metal powders to supersonic speeds to create the highest strength metal-based spray coatings available today. 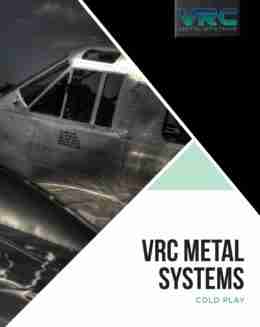