Entrepreneur and Investor Vinod Gupta: Success is Realized in the Follow-through

According to Vinod Gupta, the most valuable advice he has to pass on to aspiring entrepreneurs is to follow through with the execution of an idea. 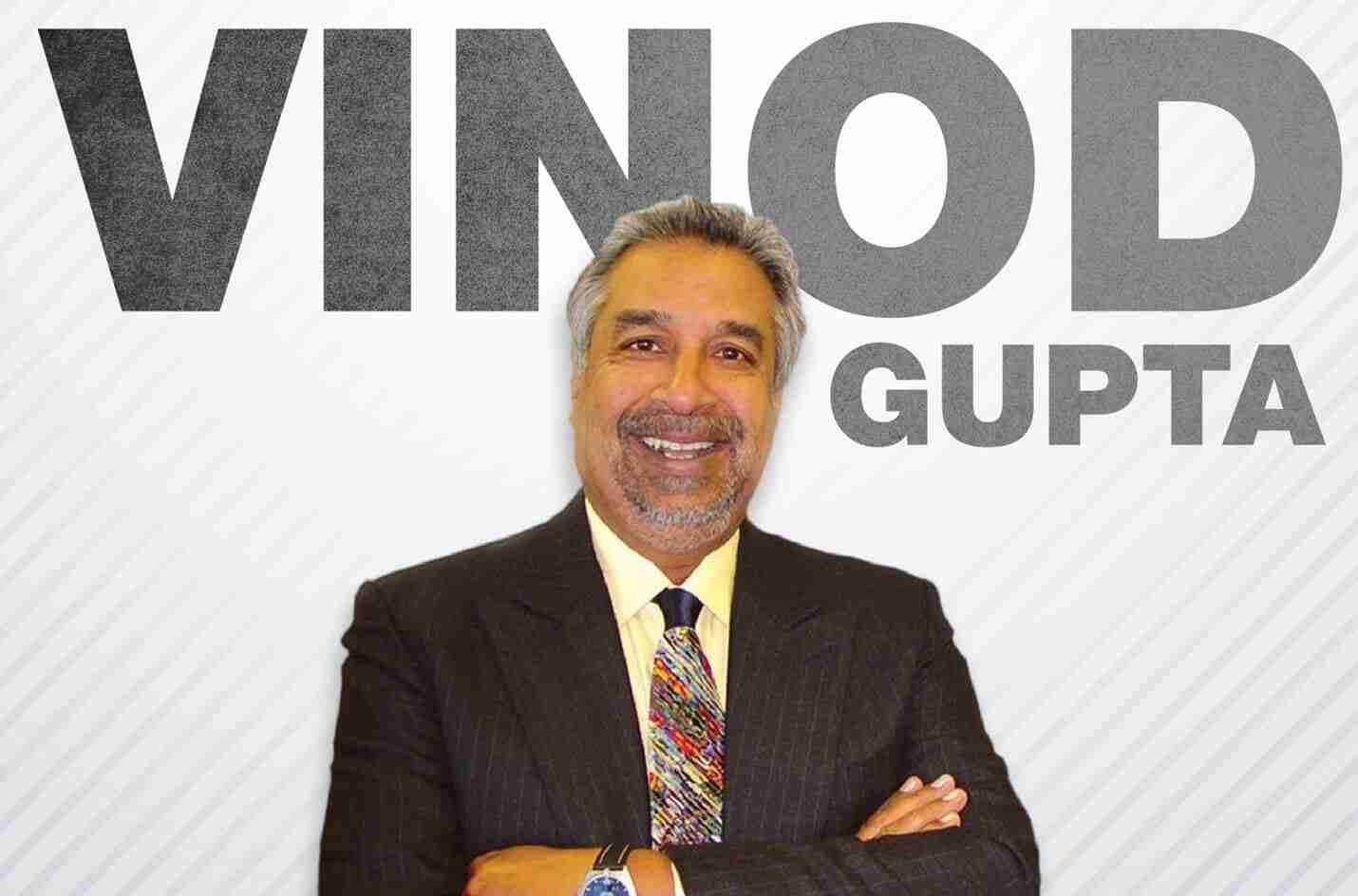 Like millions of entrepreneurs before him, Vinod Gupta’s company started with a simple idea. While working as a market researcher for a mobile home manufacturing company in the early 1970s he was asked to compile a national list of dealers, but quickly found that the sources of information available to him were either inaccurate or incomplete. Recognizing that any marketing strategy based on such deficient sources would be ineffective, wasting valuable time and money on avenues that were dead ends while also missing paths that could result in sales, he took it upon himself to gather the most up-to-date resources he could get ahold of in a time before the internet: the Yellow Pages book for every single city available.

Although his intentions were noble, his boss was less than pleased as phone books began to arrive by the hundreds, crowding the reception area and hallways of the company’s small office. He also didn’t like the idea of Gupta using company time to execute the tedious task of pouring through every single Yellow Pages, and told him that if he didn’t have the phone books out of the office by the end of the day he would be let go.

Many people would have stopped here, transporting the books to the dump and grumbling about their boss’ lack of vision. However, Vinod Gupta understood the value a comprehensive database could bring to not only his company, but any mobile home manufacturer and instead transported all of the Yellow Pages to his garage where he spent his nights and weekends painstakingly systematizing the information.

The list Gupta created from those phone books was the basis for his business infoGroup, which over the course of 35 years he grew into a publicly listed company that was an international fixture in the data and marketing sector and saw annual revenues of over $750 billion. After leaving the company he has since gone on to found a number of other successful businesses including other data companies and an investment business, and has also made a name for himself as a notable philanthropist who has pledged to donate all of his money to charity.

The follow-through is the secret sauce to success

According to Gupta, the most valuable advice he has to pass on to aspiring entrepreneurs is to follow through with the execution of an idea. He said that while many people can have a good idea, more often than not they will either abandon the idea too early or not understand how to properly execute it.

In sports, the follow-through is the action of continuing one’s movement after the ball has been struck or thrown. For Gupta, the moment he ordered the phone books was his instance of “making contact with the ball.” It’s easy to see how at any point after that he could have failed to take advantage of that initial momentum and allow the idea to stall, but instead he continued forward motion and didn’t allow any setbacks or naysayers to halt his movement. He saw his idea through to the end.

The old saying goes that “the hardest part of any important task is getting started on it in the first place,” but anybody who has endeavored to start a business can say that this isn’t exactly correct. In fact, when an idea is fresh in our minds, when we realize we’ve identified a solution to a problem that nobody appears to have solved before, that excitement can carry us forward in the beginning.

In reality, it is when we arrive at “the grind;” when we run into our first challenges and obstacles and it feels like we are putting in countless hours while getting nowhere that we can lose steam and fail to follow through. When initial enthusiasm around an idea fades and reality sets in, it is having the perseverance and vision to continue working that sets those who are successful in entrepreneurship apart.

How to ensure you are achieving the follow-through

So how does one comprehensively follow through on their “golden goose” idea? It will require grit and determination to be sure, along with a firm grounding in reality that prevents you from idealizing entrepreneurship and ensures you maintain realistic goals for success. These are some ideas to keep in mind when it comes to ensuring that you are properly set up to follow through with an idea and see it (and yourself) through to success.

Define your purpose. A purpose can take a million different forms. For some like Vinod Gupta, it may be based on a philosophy of finding success so that you can contribute to the betterment of the world. Others might have a strong desire for notoriety and a dream of building something that will exist past their own lifetime. There is even nothing wrong with simply aspiring to never worry about money again and provide for you and your family a beautiful life. Regardless of the answer, it must be strong enough to motivate you when things get difficult, helping you to maintain momentum.

Plan ahead. Seems like a no-brainer, but you would be surprised how many people believe that all they need is a good idea and the rest will magically fall into place. Obviously you can’t anticipate every single obstacle or challenge that will be faced in your entrepreneurial journey, but reverse-engineering by starting at your desired goal and working backwards to create a clear path will help to set the trajectory for your “swing.”

Keep up forward momentum. An object in motion stays in motion, and this is true in a business as much as it is in physics. It requires constant effort to follow through on an idea, and maintaining momentum is key to not losing steam. This isn’t to say that you must always be experiencing successes and not have any setbacks – those are not only normal, but one could also argue inevitable. Instead, it is about maintaining consistency in the effort you put forward toward achieving success and your goal each day, even when some days are more difficult than others. The energy and effort needed to get back up to speed if you slow down is much greater than if you keep plugging away, even when things get hard.

Anticipate obstacles. Differing from planning ahead, anticipating obstacles is more about putting yourself in a mindset that understands entrepreneurship won’t be all roses and sunshine. When you are an entrepreneur you are not simply starting a business, you’re invested in it in a way that is extremely personal. From miniscule budgets to fighting for funding to managing employees, the fact of the matter is entrepreneurship is difficult. Being mentally prepared to face these challenges head-on will help you avoid quitting just because it isn’t easy.

Have patience. Following through is having the patience to understand that the swing is a long game. Although today Gupta is a self-made man with a number of successful businesses under his belt, it has been over 50 years since he started his original entrepreneurial journey. Having patience also involves having the wherewithal to know that the only real failure is quitting. If you follow through – i.e. don’t give up – you will find success in your entrepreneurial endeavors.