How Oscar Mike Keeps Veterans “On the Move”

Noah Currier’s company is improving injured veterans’ lives on t-shirt at a time.

Noah Currier’s company is improving injured veterans’ lives on t-shirt at a time. 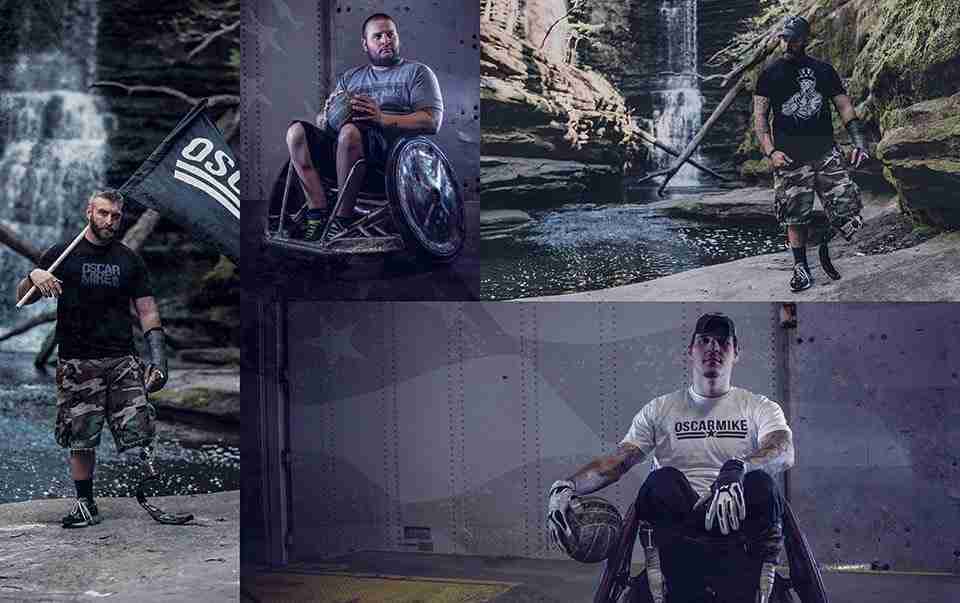 Noah Currier isn’t one of your average business owners. As of 2014, less than 10 percent of the nonfarm businesses in the U.S. are owned by former servicemen and women. Currier, a former light armored vehicle crewman and rifleman in the Marines, is the proud part of this statistic and founder of Oscar Mike, a start-up clothing label. Established in 2011, Oscar Mike has doubled in size year-over-year since 2012.

Like almost every successful business in the U.S., the entrepreneur started the business in his garage with two friends. Now in an actual warehouse, the company a small team and is looking to become a household name.

“It’s going to be huge,” Currier said. “We want to be one of America’s most respected apparel brands. We want to support a million jobs through our supply chain. We want to do it all.”

By the way, 92 percent of employees are disabled veterans, just like Currier. Oscar Mike has the industry beat on this employment stat: only about a third of vets with service and non-service related disabilities are employed. This isn’t because of their unwillingness to work, but rather the trepidation of business owners to employ them.

Their jobs at Oscar Mike are just one example of how their injuries do not define them or their opportunities. Currier’s paralysis, however, has defined his success: it’s the reason he founded Oscar Mike in the first place.

For those of us who have not served our country, the term “Oscar Mike” is just two names. When used together, the military phonetic alphabet terms oscar (O) and mike (M) indicate that a unit is “On the Move”. It was a phrase Currier heard a lot of during his tour in Iraq in 2003, and it kept him going after his injury, which occurred three days after getting back from tour.

The car accident paralyzed his spinal cord, dampening Currier’s spirits in the already-difficult adjustment time of coming home from war. The painful recovery left him home-bound in more ways than one: he just didn’t have the motivation to leave.

Until he learned about adaptive sporting events, that is. A friend was able to convince him to come to one of the events for veterans, and it changed his life.

“Oscar Mike started as an idea formed by a group of injured veterans in a hotel lobby,” Currier shared. “Adaptive sports helped our long-term recoveries. It saved me and helped a lot of people. But getting to these events was difficult and expensive. 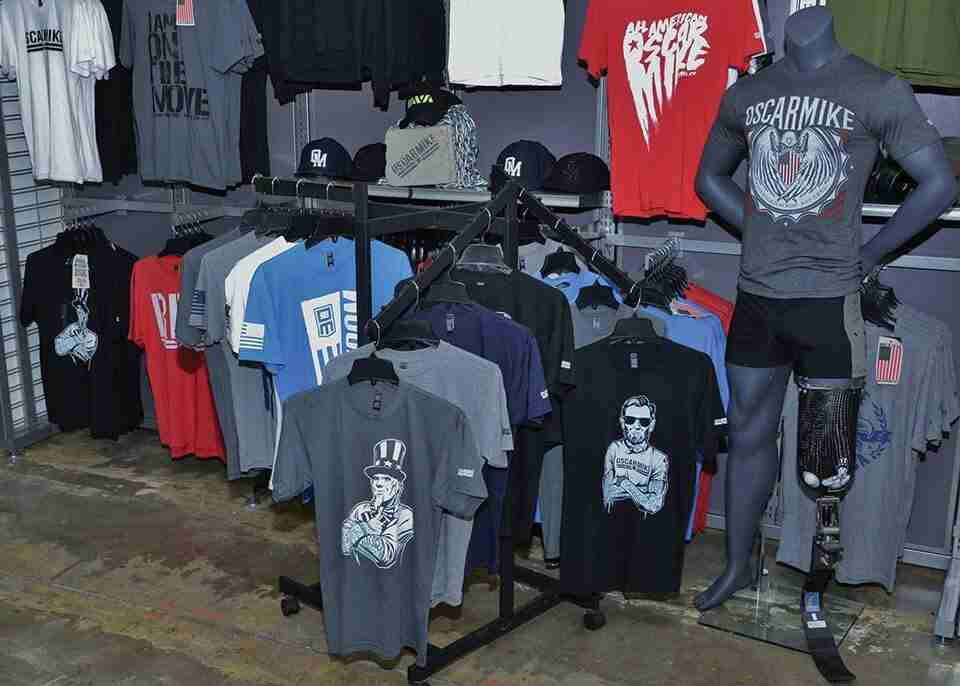 “First we thought of forming a nonprofit, but no one was comfortable just asking for donations: we wanted to offer something instead. How could we give people the tools to spread the word? Well, everyone wears t-shirts. With these American-made shirts, now anyone wearing it is a billboard for the brand.”

Today, Oscar Mike Apparel sells these t-shirts and other apparel and donates all profits to the Oscar Mike Foundation.

Veterans Affairs has reported that veterans of all ages experience better health, new friendships, and a better quality of life when participating in adaptive sports. Currier and his friends can vouch for this, which is why the Oscar Mike Foundation uses its donations to send injured vets to these events.

The company’s success directly correlates to Currier’s commitment to helping this community of veterans, a group of people who, he says, inspires him every day.

“I get the most inspiration from people who have come to a fork in the road and chose the right path, even if it’s the harder of the two,” he said. “That doesn’t necessarily mean someone who’s injured. I have a lot of respect for people who don’t let challenges hold them back. Veterans happen to be a group of people who stay ‘on the move’ despite the challenges facing them.”

A veteran with paralysis founding his own business understands a thing or two about challenges. Currier wholeheartedly acknowledged that being paralyzed has definitely created obstacles in his life, but has also presented him with the opportunity to overcome obstacles and celebrate victories every day.

“I’m just a guy who enjoys a good fight and will always fight for our country. I’m an entrepreneur, a job creator, a man dedicated to the veteran cause. I’m more than what has happened to me.”

There’s plenty to learn from Currier as a business owner, but even more to glean about the human condition and the idea of hope, success, and resilience. He knows, though, that it can’t be a journey of one. 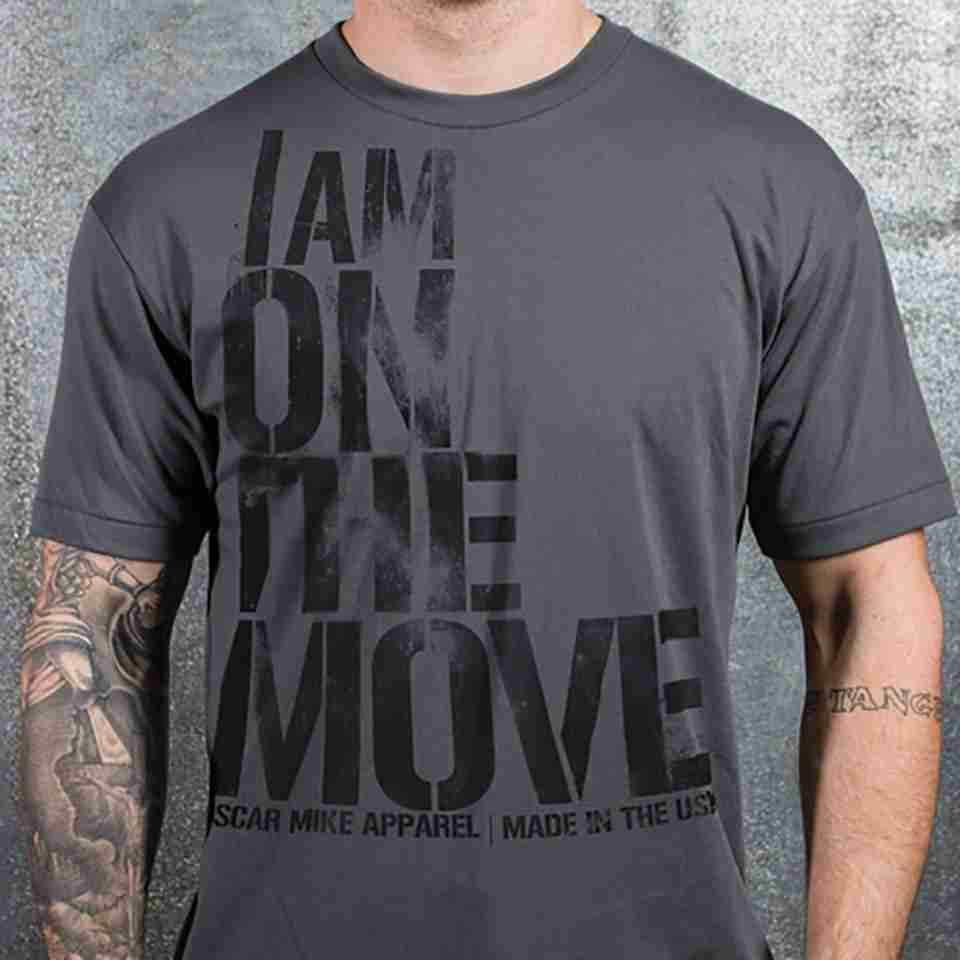 “I have, luckily, surrounded myself with incredible people. Good people lift you up and help you carry the weight that can feel like too much for one person. I couldn’t do what I do without my team here. I’ve got a list a mile long of people I want to thank. It’s because of them that this journey has been possible.”

Currier didn’t create the community that surrounds Oscar Mike: the community created Oscar Mike. Sure, he wants the business to be a household name, but more important is meeting the goal of supporting every injured veteran that needs their help.

In his own life, Currier wants to race a rally car, go for a ride in a Polaris RZR ATV with Travis Pastrana, and write a book about his experiences both personally and with what has become of Oscar Mike. He wants to do it all, and I see no reason why he won’t accomplish all of this. I’d be hard pressed to find someone who was surer of his mission on this earth than Noah Currier.

When I asked him if he had any advice or wisdom for others who have faced any challenge, he had this to say:

“If you’re out there reading this, you’re breathing and alive. And If you’re alive, you’ve got something in front of you. Don’t shy away from the challenges, embrace them.”