Going Vegan is Trendy, But Can it Also be Tasty? 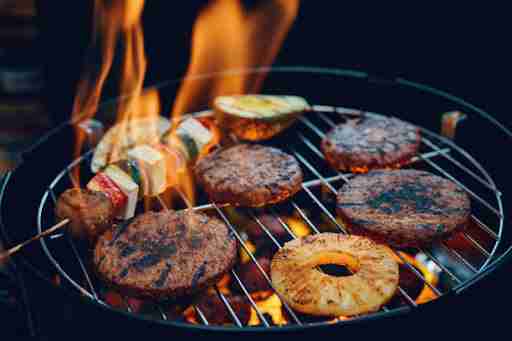 A vegan future is probably inevitable. Animals will eventually get their moment when the “arc of justice” bends towards them. It may take a while, but one of these days, humanity is going to reassess its treatment of animals, and it’s pretty hard to imagine any outcome other than we stop eating them. It’s undeniably weird that we “Love Dogs, Eat Pigs, and Wear Cows,” part of the title of a book by social psychologist and author Dr. Melanie Joy. We’ve been doing these things for so long, they feel “natural.” But eating meat isn’t necessary for human health, and in fact, research points to much of the meat we eat being near toxic for us. Yet we persist. Why? –Well, you don’t need a degree in social psychology to figure it out: meat tastes good. Meat is satisfying. Meat has flavors and textures not found in plants.

And so, for quite a while now, the race has been on to create plant-based substitutes… and overall, things are going well. Just think of all the non-meat meats available today. Burger King, White Castle, Carl’s Jr., and more recently Taco Bell are all offering meat substitutes on their menus in the United States. All of these items taste good, but technology is now ready to offer something great. We are about to enter the “post-veggie burger era.” These advances in tech will mean that a kabab – for example – made with a 3D printer, and using all-natural ingredients, will be near indistinguishable from the real thing. The so-called “fake it till you make it” meat substitute products are in for a surprise when consumers get a taste of what’s coming – ‘new meat’ with perhaps a 90% similarity to animal flesh… including taste, texture, smell, look, and even the way it cooks. 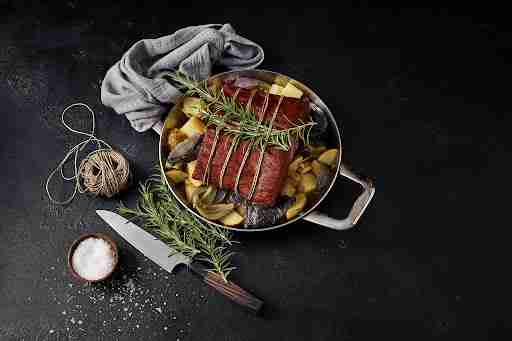 This is awesome news for a whole bunch of reasons, here’s two: One, the alternative meat industry is growing, but not at the pace some had hoped. Predicted to be worth anywhere from US$8 to 10 billion by 2025, that’s a pittance when you look at the animal meat market, which is set to pull in US$1 trillion by that same year. Better tasting options should help push the industry forward significantly, and as the options improve, more people will opt to take them. And secondly: People. There are too many of us on the planet as is, and by 2050, UN and other estimates say there will likely be nine billion earth inhabitants – or possibly even more. Meanwhile, it’s not like freshwater grows on trees. Also, chopping down more rain forest to plant more crops to feed animals we raise for food is only an option if we’re looking to speed up climate change. The whole system is a house of cards, and as formerly poor nations get richer, they’ll be stacking more and more cards on the pile as they add to an already soaring demand for meat. It’s just not sustainable.

Pretty much all educated societies understand we have a meat problem. Since 2003, “Meatless Mondays” (or Green Mondays) have become a thing in at least 40 countries that speak over 20 different languages. Changes in diets are happening in both schools and workplaces, and some of the companies getting behind vegan initiatives might surprise you. Forbes magazine listed “Amazon, American Airlines, American Express, Apple, AT&T, Bank of America, Best Buy, Boeing, Citibank, Coca-Cola, Dropbox, ExxonMobil, Facebook, General Electric, General Motors, Hewlett-Packard, Home Depot, IBM, Intel, Microsoft, Morgan Stanley, Nike, Target, UPS, Verizon, Walmart, and Wells Fargo” as all having members with roles in the Vegan Leaders in Corporate Management (VLCM), an organization promoting a dietary cultural shift at big corporations.

Change is even more evident at the grassroots level, especially in parts of Europe. Some 30% of Germans reportedly identify as “flexitarians,” a word they use to mean people who are committed to major reductions in meat consumption, many for environmental reasons – but others because they’ve concluded that killing sentient beings for food is wrong. As noted, it’s very hard to imagine this feeling not eventually becoming the majority sentiment. We used to think only humans used tools and had language and culture. Turns out animals have all of these. The more we discover about the planet and all its inhabitants, human and non-human, the stronger the pull toward a plant-based diet will become – for both ethical and environmental reasons.

Technology is, you might say, “stepping up to the plate,” both figuratively and literally. All sorts of new ideas that preserve the flavors and textures of our culinary history, while moving us away from its more negative elements are blossoming. There’s never been a better time to give going 100% animal-free serious consideration.