I scream, you scream, we all scream for … vegan ice cream? Long considered a dairy staple, ice cream has gotten a makeover in recent years, with an abundance of new dairy-free alternatives hitting the shelves.

A welcome respite for individuals with dairy intolerances, ice cream manufacturers discovered that everything from oat to almond milk can be used to concoct the summertime freezer staple.

“For starters, I was shocked,” Figueroa wrote, after tasting Eclipse brand “Cookie Butter” vegan ice cream. “It tasted like traditional ice cream, like real dairy milk was used. The texture was right, and it was creamy, velvety, and rich.”

The budding ice cream critic went on to describe how the vegan ice cream left a “weird, artificial feeling that lingered in my mouth,” but, overall, concluded it was a “tasty treat.”

“Overall, I would recommend this ice cream to anyone who wants to try plant-based alternatives,” Figueroa wrote.

With climate change becoming an increasingly urgent threat, businesses have started leaving no stone unturned in their effort to decrease their carbon footprints.

Ice cream industry titan Ben & Jerry’s is one such brand looking to change the way they produce what many would consider one of the world’s most beloved desserts.

Cutting down on its carbon footprint has become one of Ben & Jerry’s top priorities, and the business it is taking a number of steps to make sure it limits its environmental impact.

“We love ice cream. We’ve been loving it, eating it, and making it more for more than four decades. But we also know that dairy products can have a big effect on the environment and the climate — which is why we’ve been working hard for years to reduce the impact of the flavors we love on the planet we love,” the company writes on its website.

Cows housed at Ben & Jerry’s dairy farms, as one example, will start to be fed small amounts of red seaweed later this year in order to improve their digestion.

The seaweed supplement will actually lower the emissions released when the dairy cows burp — which is responsible for a higher-than-you-might-have-thought amount of the dairy industry’s carbon footprint — by what can be more than 80%. 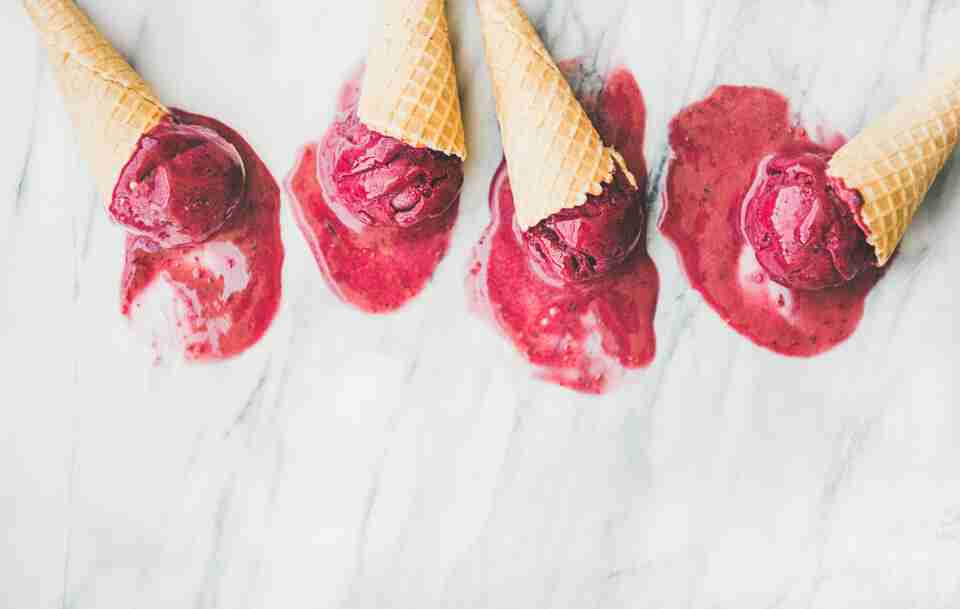 Ben & Jerry’s is making the dietary change as part of a pilot program involving 15 of its farms that it is calling “Project Mootopia.”

The pilot program aims to cut emissions released at Ben & Jerry’s dairy farms in half. The new concept is being tested at farms in Vermont and in the Netherlands, near the company’s European ice cream factory.

“We’re working really collaboratively with the farms to try to see what works because we don’t know what will stick or what will make sense financially,” Jenna Evans, global sustainability manager for Ben & Jerry’s, told Fast Company.

In addition to seaweed, Ben & Jerry’s is also introducing new technology to its dairy farmers, such as methane digesters which are used to process methane and create fertilizer.

The methane digesters are also able to generate electricity which the company can sell back to Vermont to help power the state’s electric grid.

Ben & Jerry’s isn’t trying to just lead the way for climate-friendly ice cream, but rather setting a trend and laying down blueprint for other brands to follow.

“We want to be really transparent in this project so that other brands can learn as we’re learning; and so, that we will take the most successful and feasible practices forward,” Evans told Fast Company.

Beyond ice cream, the dairy industry as a whole has lofty goals for combatting climate change, with an industrywide pledge to be entirely carbon neutral by 2050.

Being able to reach that target would certainly make a difference, with dairy consumption in the U.S. accounting for around 2% of the country’s greenhouse gas emissions.

Dairy farmers will be on the frontlines of the push towards carbon neutral and will have to adapt accordingly to keep up with more environmentally friendly methods.

What would seem like small things can also make a big difference. The way crops are planted, for example, can have a significant effect on how much carbon dioxide is released into the atmosphere when seed is being planted.

“Healthy soil can absorb and hold on to a lot more carbon dioxide than if it’s overworked by agriculture,” says Rachel Cohen, of Boise State Public Radio, in an audio report published by NPR.

Keeping soil healthy can be accomplished in a number of different ways, such as by using a no-till planter that is gentler when driving seeds into the earth.

Another method for having healthier crops — and lowering one’s carbon footprint in the process — is to plant a cover crop over the fields during the winter, which protects the soil by preventing both wind and water erosion.

Farmers who are able to show that they are reducing their climate impact by keeping more carbon in the soil than the air could also begin selling what are called “carbon credits” to other industries.

As Cohen puts it, farmers would be able to “basically get paid to offset carbon dioxide pollution by maintaining healthy soils that absorb more of the gas.”

While, at present, carbon markets don’t pay for being able to hold carbon in the soil, the Biden administration stated a desire to expand carbon markets for farmers in its new billion-dollar climate smart commodities program.

So, whether it be vegan ice cream stepping outside of the dairy industry, or the industry itself, it is clear changes are being made to help keep the earth at a temperature where we won’t all melt.