Creating a World without Fear of Cancer

For Varian, the mission is everything

For Varian, the mission is everything 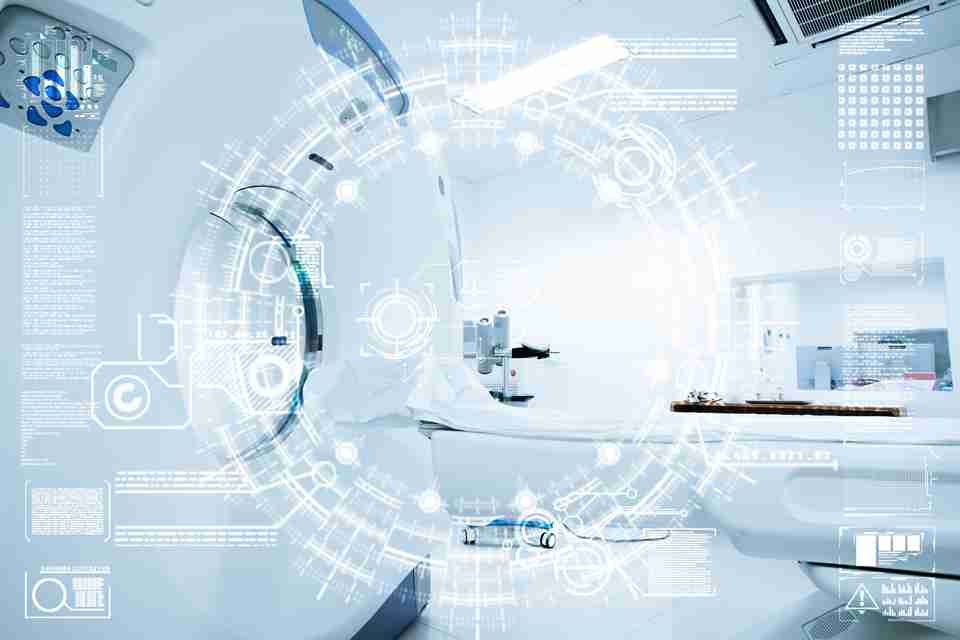 At some point in our lives, the great majority of us will endure a health scare. In those first private moments our thoughts stray into the darkest directions, and we may find ourselves pondering a question we don’t dare ask aloud: “Do I have cancer?”

According to the American Cancer Society, there will be an estimated 1,762,450 new cancer cases diagnosed in the US this year.

Can the fear of cancer be eliminated? That’s the mission of one of the most innovative medical device manufacturers in existence, Varian. Since its inception in 1937, Varian has driven a host of inroads in technology for use in defense, industrial, and medical applications, and is today the standard bearer for the development of solutions for treating cancer.

In the 1930s, Russell Varian, an electronics technician who worked for television pioneer Philo Farnsworth, and his brother Sigurd, an aviator and engineer, collaborated to create a high-frequency amplifier for generating microwave signals that would make air navigation better and serve as a warning signal for Nazi bombing raids. Their invention, the klystron tube, was used to create radar systems that were light enough to fit into airplanes, proving a vital asset for Allied forces.

According to Varian, “Today, klystrons can be found at work in radar, satellite, and wideband high-power communication, in high-energy physics applications such as particle accelerators and experimental reactors, and as an essential component of the modern medical linear accelerator, a machine that helps clinicians target and destroy tumors using high-energy X-ray beams.”

Together, the brothers established one of the very first start-up companies in the nation. Setting up shop in postwar Palo Alto, they became known as one of the founders of Silicon Valley.

When your first invention is aimed at thwarting Hitler, it makes perfect sense that killing cancer would be on your bucket list. The intention to make the world a better place was at the heart of the founders’ vision and is evident in every effort made by Varian today. 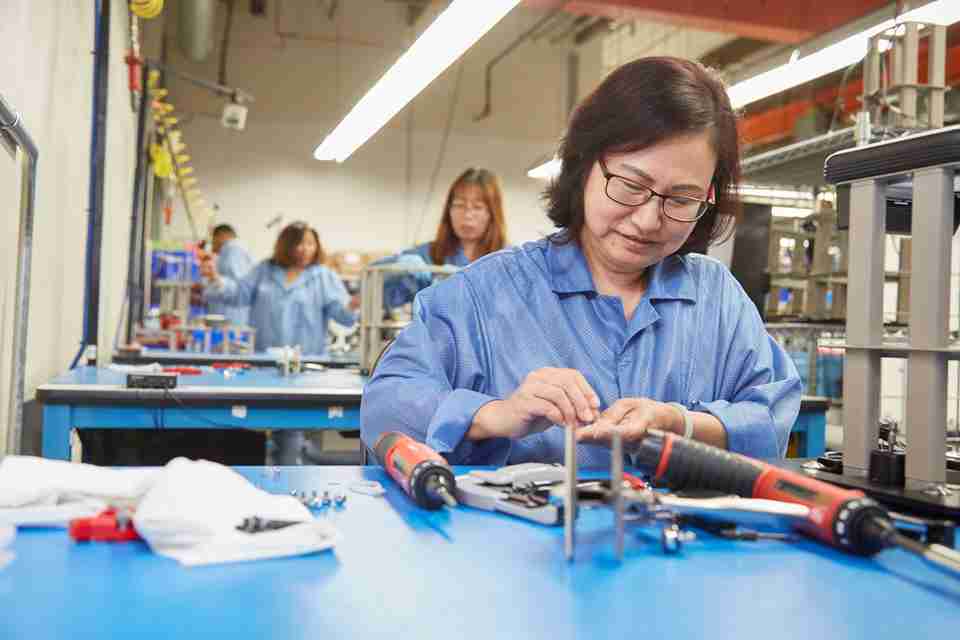 As a manufacturer of advanced technology, Varian’s value stream is highly complex. The company has grown into a $3.1 billion enterprise with approximately 7,000 employees and over 8,000 systems installed globally. The company creates radiosurgery, radiotherapy, medical oncology, brachytherapy, and proton therapy solutions. One in seven Americans will be treated with Varian technology.

“Since the late ’50s, Varian has been a leader in using radiation to treat cancer,” explained Robert Wood, Varian’s Vice President of World Wide Manufacturing. “Our mission and values are centered around the patient, and the impact every employee has on that patient’s cancer journey. All of us have cancer stories, so it’s very easy to be motivated because we all know people who’ve battled cancer.”

He added, “There’s absolute focus on the mission, and there are few jobs you can work in that you can say, ‘I’m helping to potentially save a life today.’ It’s a great place to work.”

Wood is responsible for manufacturing and supply chain for Varian’s Oncology Division, from which the majority of the manufacturer’s revenues are derived. In addition to a trio of domestic factories, he oversees integrated factories in the UK, Switzerland, Germany, China, and Brazil.

He oversees the integration and system testing of the company’s HyperArc™ High Definition Radiotherapy solution, a new type of stereotactic radiosurgery (SRS) for delivering radiation to brain tumors and other critical cancers. HyperArc directs precisely targeted radiation in a fewer number of high dose treatments than in traditional radiotherapy. Highly sophisticated automation, treatment planning, workflow algorithms, and built-in quality metrics features within HyperArc make SRS more efficient. The result is a streamlined, end-to-end solution, that can extend the benefits of radiosurgery to many more patients and one that can be adopted by clinics worldwide.

“With intracranial radiosurgery — let’s say you have multiple brain metastases — the ability to treat those tumors and not the surrounding structures is extremely important,” Wood said. “HyperArc allows us to treat the patient with fewer, higher-dose treatments with more efficiency than traditional treatment modalities. And because we are delivering higher doses, the accuracy of the system has to be outstanding and reproducible. 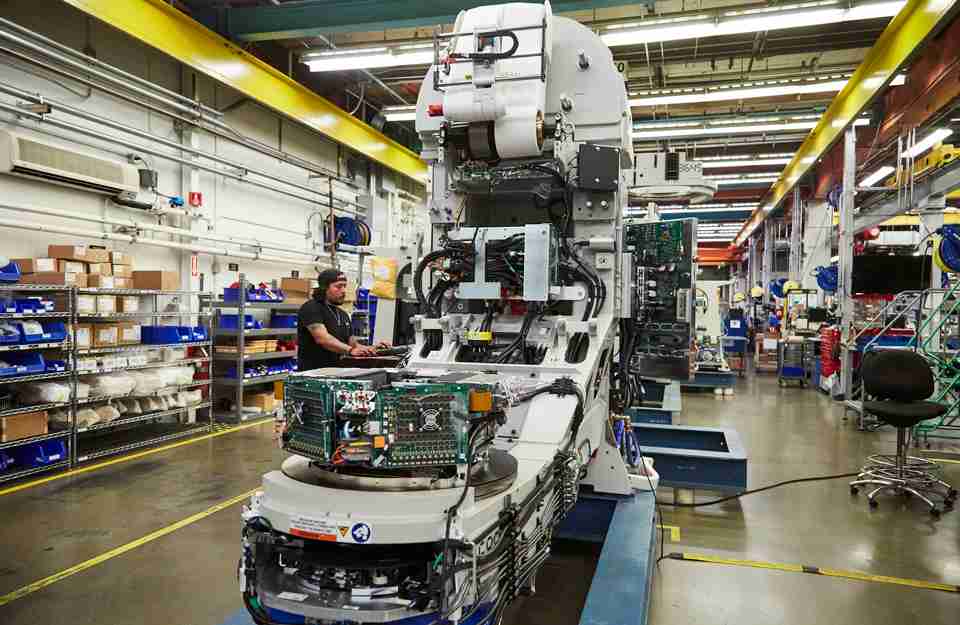 “In manufacturing, we’re focused on quality so we’re able to put a machine together that has those mechanical accuracies, sub-millimeter accuracy, from any rotational angle, and that’s a credit to the design and how we build and test them.

“With our treatment planning system, combined with the accuracy of the machine, we’re able to then know with great precision where the beam is going to be directed, and do so in a way that gives it a margin of safety that’s never been seen before. You have a lot more confidence, and you can treat up to 20 metastases simultaneously with this system, and know you’re hitting that structure and not adjacent critical structures.”

Also in Wood’s broad portfolio is the Halcyon™ radiotherapy system that has all of the root technology found in Varian’s hallmark TrueBeam® radiotherapy system, an advanced medical linear accelerator that is fully integrated for image-guided radiotherapy and radiosurgery that can be used anywhere radiation therapy is indicated, including the breast, prostate, lung, head, and neck, but in a smaller footprint.

“I’m jazzed by Halcyon,” Wood admitted. “Varian took a fresh approach when Halcyon was being developed. If you look at the global cancer incident rates, there are so many people in this world who don’t have access to care. To do traditional radiation oncology in a country you need a large network of universities, hospital infrastructure, a lot of training, physicists, and all those types of folks.”

“The company took a brilliantly different path and developed a highly capable system designed around the patient and the interaction of the patient to the technology so that this machine can go into cancer centers we couldn’t get into before. It’s simple, yet very effective.” Compared to traditional medical linear accelerators, the system requires fewer resources to operate, takes up less space, and has a lower operating cost.

“This system is designed to expand the availability of high-quality cancer care globally. That gets us really excited, because a patient in Africa is just as important as a patient in Palo Alto. Our mission is to double the number of patients we treat in the next five years,” he said. “Halcyon can go into places where more traditional oncology isn’t going.”

With training centers globally, Varian is positioned to provide potentially life-saving technology nearly anywhere in the world. “We do installations, service, and our systems can be interfaced remotely,” he quipped. “We can do predictive analyses of potential problems before they become problems. All we need is an internet connection.” 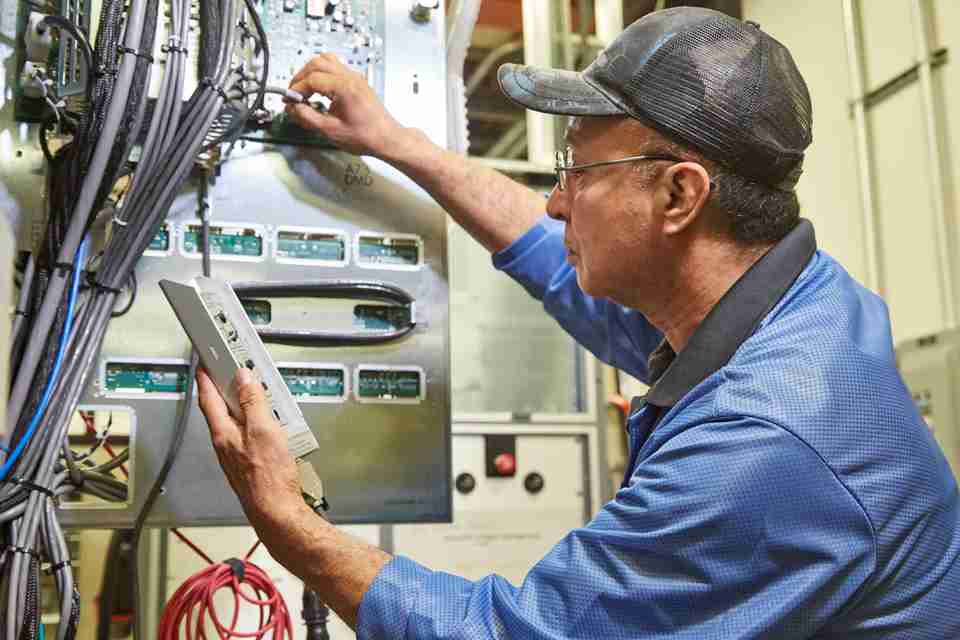 Reliability and redundancy are built into every critical function of Varian’s products. “There’s a backup to the backup,” Wood pointed out. “The level of testing and sophistication of our testing is really phenomenal because it matters. We have a great reputation for reliability and performance, and we get better every day. Improving uptime in the patient experience is a passion.

“We have very high values that we adhere to, and the single most important aspect of what we do is patient safety. That comes before all other things,” he declared. A sophisticated manufacturing execution system is used at every step of the manufacturing process that double-checks the work and does not allow progression to the next step until the previous step is correct. Despite the rigorous process and multiple testing protocols, a worker’s hunch that a tiny detail might not be right is enough to halt the process.

“Anyone in the factory can say they don’t want to ship something for any reason. We embrace that, and celebrate it,” Wood revealed. “Individual accountability is important. You walk into any of the factories in our global network and there’s an energy that’s contagious. Everybody understands the importance of doing their job right, and what they are doing individually can impact a patient. The factories are places of excitement.”

That feeling comes from working to fight the disease that strikes existential terror in every heart. As Wood puts it, “We are helping create a world without fear of cancer.”

At Varian, 7,000 employees across 70 countries share a vision of a world without fear of cancer. That’s why the company is focused with creating simpler, more effective technologies to power new victories in cancer care. Varian is the long-standing global leader in comprehensive solutions for radiotherapy and radiosurgery, as well as software systems for managing cancer clinics, coordinating care, planning treatments, and sharing knowledge in the fight against cancer. For more than 70 years, Varian has created innovative technologies and solutions for clinical partners around the globe to help them treat millions of patients each year. 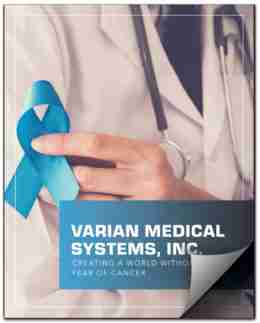 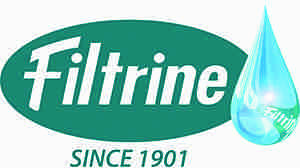