A vaccine passport could be key to seeing the world again, but like everything else in the pandemic, it’s complicated

A vaccine passport could be key to seeing the world again, but like everything else in the pandemic, it’s complicated 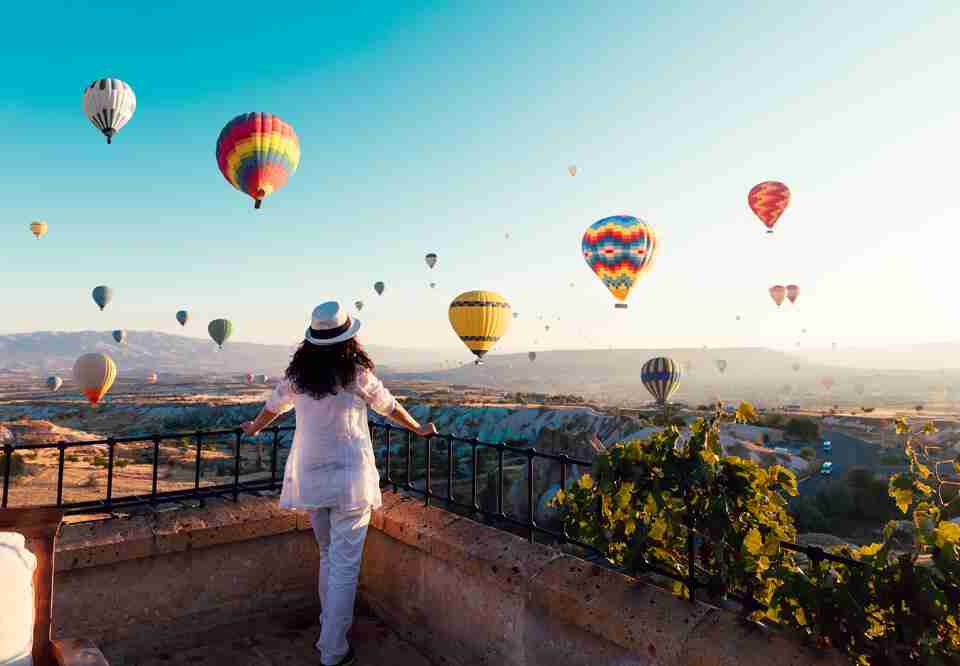 You’ve gotten your shots and waited a week or two to be “fully vaccinated” against COVID-19. After all, since April 19 every American adult has been vaccine-eligible. If you wanted one, odds are you’ve been able to get an appointment by now. Since the pandemic began, vaccines have realistically been the thing that could end it. After more than a year of restrictions and border closures, you’re no doubt ready for a vacation and the world is your oyster now, right? Well, sort of. From early on, the travel industry — one of the hardest-hit by the pandemic — has discussed the idea of a vaccine passport. Those plans are now coming to fruition. Unfortunately, just like every other set of protocols since March 2020, there’s no uniform set of standards. Different places have different rules, and things are constantly changing.

Why a vaccine passport? 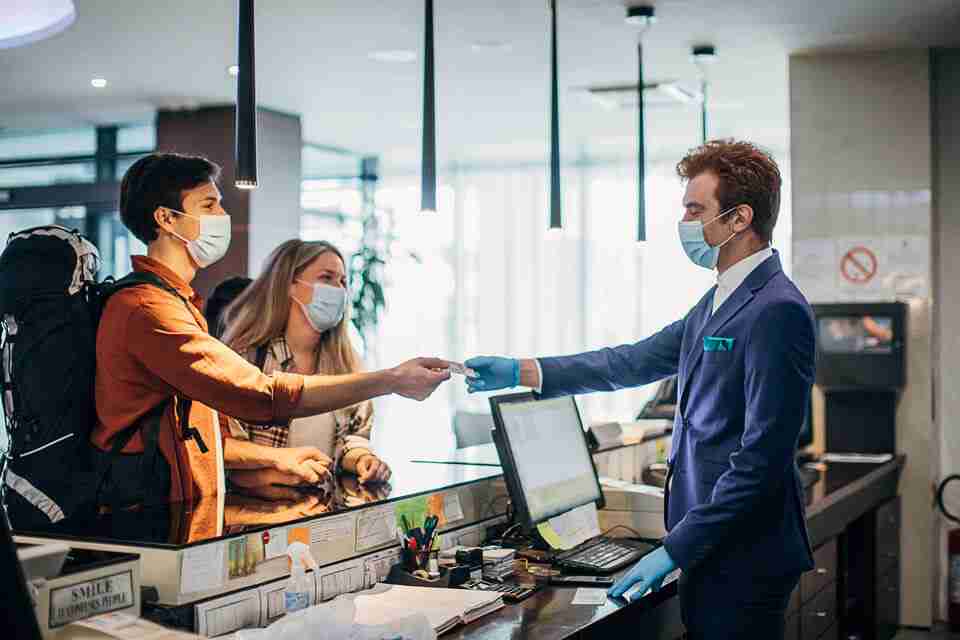 There has been a limited number of countries open to just about any foreign travelers since last spring or summer. Most of them require a negative COVID test within a certain number of days before arrival. Some require visitors to quarantine and take additional tests once they’ve arrived. A few, such as Mexico, don’t require even a test, let alone quarantine. In some places, proof that you’ve recovered from COVID in the previous three months will serve as a substitute for a negative test. Since January, travelers returning to the U.S. need that or a negative test taken within 72 hours of travel.

Tourism, a $9 billion industry that supported 1 in 10 jobs worldwide before the pandemic, wants to get going again. Governments want their tourism industries up and running. But they also don’t want to put their citizens at risk and have uncontrolled spread that will further slow the recovery. This is especially true in countries that won’t have large portions of their populations vaccinated until 2022 at the earliest. Those tend to be the places most dependent on tourism for large portions of their GDP.

A vaccine passport could help those countries allow fully vaccinated travelers in with no restrictions. If you can visit a country without the prospect of a quarantine or without needing to go through the hassle of scheduling a test and getting results back in time, you’re more likely to take a chance on booking a trip there. The fewer roadblocks a destination puts up, the more visitors it can expect to attract. If it can do that without endangering its citizens, it will go a long way toward making an economic recovery. 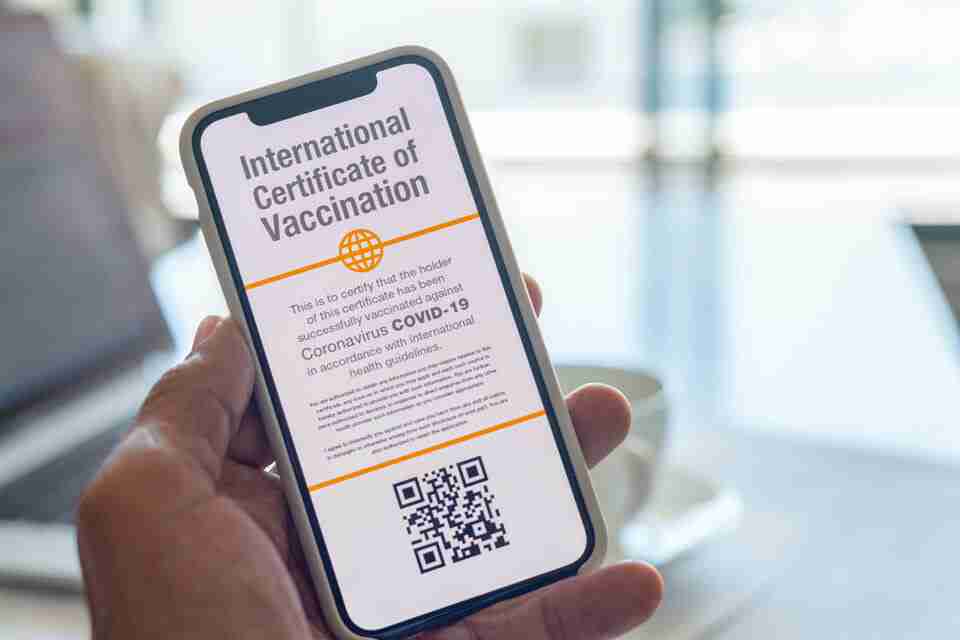 The biggest question surrounding the concept of a vaccine passport has always been whether it would be digital or physical. Paper versions are easier in a lot of ways. Anybody can carry around a piece of paper. If computers go down, security or customs agents or airline employees can just look at the paper. After all, we carry around paper passports for international travel.

Of course, since 2006 U.S. passports have also contained electronic information embedded in chips. And countries requiring negative tests and health declarations have been mostly requiring those to be submitted electronically. Then there’s the matter of counterfeiting. Almost since vaccines began rolling out, falsified vaccine records have been popping up on the dark web, and for pretty cheap. It would seem the appeal for those would decrease as more people have the opportunity to be vaccinated, but some people just do not want vaccinations. Having an electronic component makes it more difficult to counterfeit a vaccine passport.

It also, however, runs the risk of leaving some people behind. Believe it or not, not everybody has a smartphone. As anyone who has helped a less tech-savvy relative set something up knows, not everybody is a digital native. Setting up the digital infrastructure for an app is complicated and time-consuming. People might be considered fully vaccinated now, but what will happen when boosters are available and countries start requiring those? There just aren’t easy answers.

The International Air Transport Association has developed and launched on a trial basis its own Travel Pass app that allows governments to verify the authenticity of tests and vaccination records, allows airlines to inform passengers on the requirements of their destination, allows labs to issue official certificates in the app, and lets travelers keep all this information in one place. Considering IATA members account for 82% of the world’s air traffic, it’s a good start. 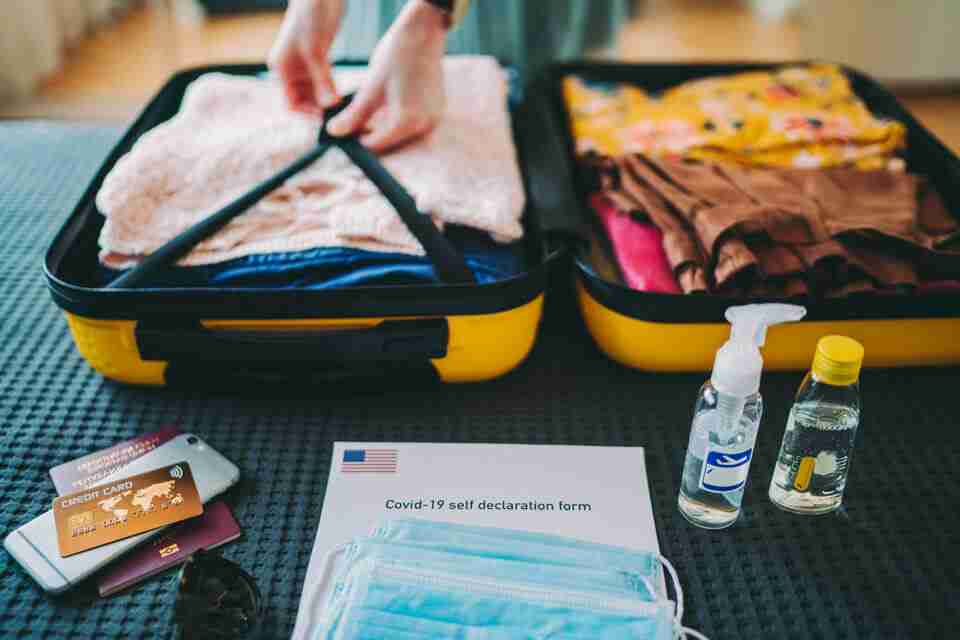 Another headache is the problem of which vaccines to accept. There are at least 11 different types approved in various places around the world. Countries have been accepting vaccines that are approved for use there. So E.U. countries have debated accepting the Russian-made Sputnik V or Chinese-made Sinovac. China has been slow to accept anything but Chinese-made vaccines. In some places, that’s led to people choosing which vaccine they receive based on where they might travel.

“For people who need to work in or return to mainland, the Chinese vaccine is the only option for them,” Hong Kong resident Marie Cheung told Yahoo. “Westerners will only choose the vaccine recognized by their home country.”

Cheung got the Sinovac vaccine because she travels to mainland China often for work. Her husband, a U.K. native, got the Pfizer/BioNTech jab to be able to visit family. Of course, in most places, people don’t have that choice. Sinovac is only available in a handful of countries.

More than 150 million Chinese travelers spent a combined total of $133 billion visiting foreign countries in 2019, so tourism industries would sure love to have that business back. But political relations between China and Western nations have rapidly deteriorated over the course of the pandemic. Vaccine silos could be a large obstacle to cooperative international relations.

There’s also the matter of uniformity, especially challenging for Europe, where foreign visitors are used to being able to hop from country to country. E.U. member Croatia has been allowing tourists for much of the pandemic, as has neighbor and non-E.U. member Serbia. Non-E.U. member Iceland announced in March that it would accept fully vaccinated travelers from the U.S., U.K., and E.U. For Americans, the paper card issued by the C.D.C. was enough. E.U. member Greece soon followed.

In April, France and then the E.U. as a whole announced plans to welcome fully vaccinated visitors. But that didn’t cover the U.K., whose exit from the E.U. could not have come at a more complicated time. A collection of European business travel associations has pleaded for a uniform approach to protocols across the continent to ease the movement across borders.

Will getting vaccinated let you take that vacation you’ve been dreaming of this summer or fall? Sure, but your choice of destination will probably still be limited. And how you’ll prove it might change by the country.