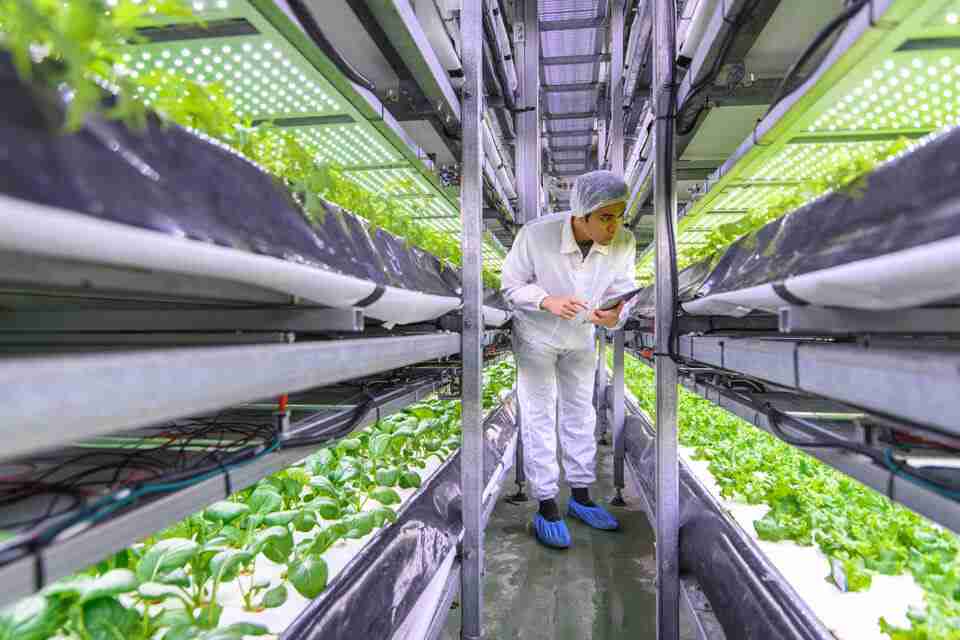 The trends are pretty clear. The world’s population is going to grow, perhaps reaching 10 billion by 2050. About two thirds of those people will live in cities. As much as 80 percent of food consumption will take place in cities, the Ellen MacArthur Foundation — which champions the circular economy — estimates. So, we’re going to need more food, and we’re going to need it in cities. Enter urban farming.

Cities, you may have noticed, are crowded. There’s not exactly tons of room for the traditional acres of crops we’re used to viewing as traditional farming. To work around this, urban farming utilizes what cities tend to have in spades: warehouses. They make perfect homes for vertical farms that don’t require soil or sunlight. Plant roots are immersed in a nutrient-rich solution or sprayed with one, and lighting provides the ultraviolet rays the sun normally would.

Unsurprisingly, the New York City area is at the forefront of the urban farming industry, which Allied Market Research predicts to be worth $12.77 billion by 2026. Oishii strawberry farm in Kearny, N.J., recreated the conditions under which Japan’s most delicious berries thrive, and its omakase berries have found their way to some of New York’s best restaurants.

“The sweetness is completely different — I knew with my first bite I had found a berry on a different level,” Kazushige Suzuki of Sushi Ginza Onodera told Eater. “The texture, then the burst of sweetness are such a pleasure that I decided to serve the strawberry whole as a dessert, not even cut.”

“We grow fresh produce indoors all year round without the use of sun and soil. Our methodology is designed for optimal environmental sustainability: We grow using 95 percent less water, a fraction of the land and resources, and with yields 390 times higher per square foot annually vs. traditional field farming,” Marc Oshima, co-founder of Newark’s AeroFarms told Smart Cities World.

Farm.One is the only vertical farm in Manhattan, with locations at Eataly Flatiron and in TriBeCa, allowing it to boast of zero-mile status for New Yorkers, along with being pesticide-free. 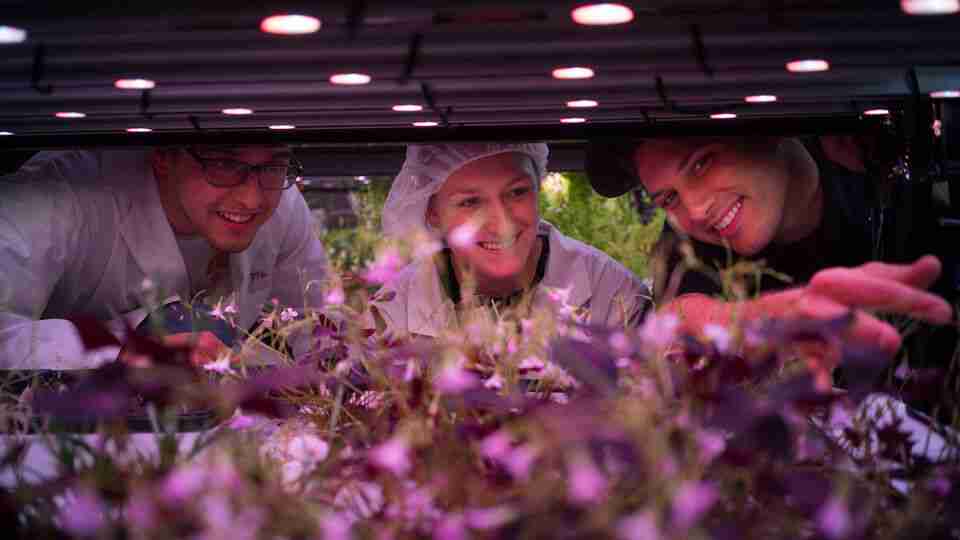 Another space there is plenty of in metropolises is rooftops. As cities have gone vertical, rooftops have become one of the last bastions of outdoor space. Rooftop farms can still take advantage of natural sunlight and use soil.

Atop a food hall in the heart of Brussels, Ferme Abattoir cultivates more than 20,000 square feet of fish, fruit, herbs, and vegetables in a closed, zero-waste loop. A high-tech greenhouse and aquaponic system are part of BIGH’s plan to bring sustainable urban farming to major cities the world over. Hadrien Velge and partners use the rooftop space for the business, Le Champignon de Bruxelles.

“We invented a new way to produce mushrooms. We use the spent grain from beer production and we use it as our primary ingredient for our substrate to produce mushrooms,” Velge told The Bulletin. “For example, we go to Cantillon brewery, we collect the spent grain and then we pasteurize it. That means that we will have to heat it up for a couple of hours in order to remove bacteria and mushrooms that are already in it.

“Once it’s really clean then we inoculate, that means that we will put the mushrooms inside the substrate, we will mix it and we will fill it in bags where it will be incubated for two and a half months. Then we create autumn conditions so that the mushrooms grow.”

Singapore used to be an agrarian society, but as the city-state has grown — packing nearly 6 million people into less than 300 square miles — industry took over. Still, its people need food, and as the population grows and the climate changes, rooftop farming has taken hold. ComCrop operates more than 40,000 square feet of urban farming at the edge of the city.

“Agriculture is not seen as a key sector in Singapore. But we import most of our food, so we are very vulnerable to sudden disruptions in supply,” CEO Allan Lim told the South China Morning Post. “Land, natural resources, and low-cost labour used to be the predominant way that countries achieved food security. But we can use technology to solve any deficiencies.” 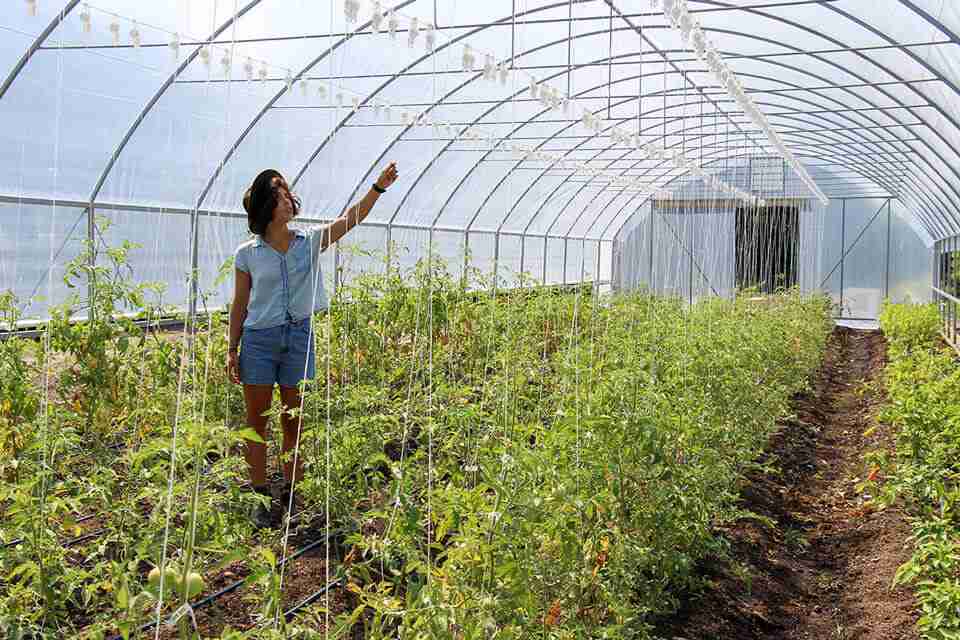 Recognizing the challenges posed by populations becoming increasingly concentrated around urban centers, initiatives are focusing on large-scale cooperation to ensure the success of urban farming.

A legacy of Expo 2015, the Milan Urban Food Policy Pact has more than 200 cities as signatories. These cities have pledged to develop nutritious and affordable food systems that minimize waste and conserve biodiversity. The pact’s food production policies urge local governments to support short food chains and provide technical training and financial incentives for urban farmers.

The urban farming consultants at Agritecture have partnered with the city of Atlanta on the AgLanta initiative. Recent successes include the 2019 AgLanta Eats event raising $32,000 to support the conversion of vacant lots into urban farms.

The Los Angeles Cleantech Incubator invests in companies looking to provide green solutions for smart cities. One of those companies is Local Roots Farms, which grows terrafarms in shipping containers, using data science to optimize water usage. Local Roots can transport produce to food deserts and grow crops that might not be naturally suited to climate conditions outside. Some of its products are for sale in grocery stores, but Local Roots also delivers shipping containers to corporate campuses and medical centers. Talk about farm to table.