David Glickman How often do we complain about something, but never try to fix the problem or improve the situation? It’s often easy to bring... 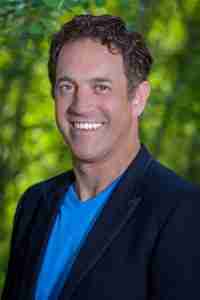 How often do we complain about something, but never try to fix the problem or improve the situation? It’s often easy to bring attention to an issue, but much more of a challenge to make an effort to fix it.

David Glickman isn’t a complainer—he’s a doer. A maverick of the telecom industry, Glickman has founded several companies that have shaken up their respective markets, fixing a plethora of problems that hadn’t been addressed in an industry that’s meant to connect the world.

He’s created companies that have offered international calling at affordable rates, provided great company service in an industry where it can be notoriously unhelpful, and developed the first free conference call business. And this just scratches the surface.

Because for the second time in his career, one of David Glickman’s companies, Ultra Mobile, has worked its way to the top of Inc.’s 5000 fastest growing companies list. And not so much worked, but smashed its way through. With 100,949 percent growth (no, that’s not a typo) over the last three years and revenue over $118 million in 2014 alone, it’s no surprise the company has earned this accolade. It is a surprise that Ultra has been able to do it in such a short time frame: the company was founded in 2011.

Ultra Mobile’s focus is the 50-plus million foreign-born people living in the United States who regularly call or text internationally to stay connected with family and friends around the globe. Problem was, affordable calling wasn’t really an option for a long time.

“All of our plans come with unlimited international calls, which has led to a demonstrative shift in how people communicate,” Glickman shared. “Historically, the large multinational companies would have been the best option to offer this type of service. They could have provided the most economical rates and been the most competitive. But the margins in international calling were tremendous, and there was never a focus on bringing down the price.”

There are few people in the world who know more about international telecommunications than Glickman, who’s been involved with the industry for over 20 years. It’s not just a business or career path for him—it’s a passion. So how did a graduate of business and with a Master in psychology find his calling in telecom?

These two fields of study play into his interests: he loves the principals of business, as well as trying to understand how people think and react in various situations. He pretty much “fell” into telecom after taking a job with American Express in Argentina cutting costs for the company. 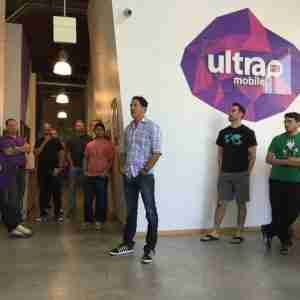 “I realized there was a disparity between the cost to call from the U.S. to Argentina versus calling the other way around. I felt there must be a way to close the gap and spun off from American Express to set up my first company, Justice Technology.”

As Glickman learned more about the industry, the more disparity he discovered. All of his companies in the telecom industry address this—either offering free services or services at vastly reduced costs. Both Justice Technology and Ultra Mobile, Glickman’s two fastest growing companies, had very similar strategies: hyper-growth and hyper-flexibility.

“To grow a business, you need to have a way that you can add value and, for me, that’s usually by finding a way to source/buy better and deliver a lower cost product or service. Or, where I can, a free product or service,” he said. “But the way to achieve hyper-growth is by being hyper-flexible, and always looking to capitalize on new ideas and new business opportunities that come along the way. As a culture, we are very quick to say ‘yes’, and have created a team that is obsessed with growth.”

“Moving markets is a huge thrill for me. The work I do is a true passion,” he said.

With hyper-growth, of course, comes the need for a bigger staff, made up with people who have the same kind of passion for their particular job within the company. Glickman has found this drive in the millennial generation. He doesn’t exclusively hire these 20-30 somethings, but has found that these workers fit what Ultra Mobile is looking to do.

“It’s not that I’m going after a specific generation, but rather that I like working with smart, eager people, and I place more importance on getting the right people (hyper-flexible, focused on growth, smart and eager to learn) rather than the right industry experience. Which means that it opens us up to hiring people with less experience if they have the right attitude.

“We still have our industry experts, and couldn’t have been the success we are, without them. But the flip side of having no experience is that you also view the industry with fresh eyes, and ask questions, and challenge assumptions, that you stop doing as much, as you start to get ingrained in an industry as more tasks and thoughts become automatic.”

Each generation of worker comes with its own expectations and understandings of the workforce, and millennials have often been at the short end of the straw when their work ethics are called into question. (There may be a bias here, as I am a millennial.) 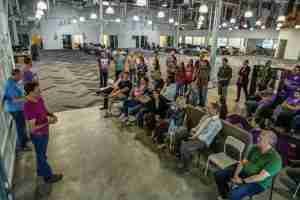 But Glickman has argued that it’s not a generation of people who are lazy, unwilling to work for the higher salaries they are demanding, or unmotivated. Like every generation before, they are just different.

By managing these differences and making room for millennials within the company—by offering flexible working hours, unlimited vacation time, social hours, and other opportunities—Glickman has created and maintained a culture that is welcoming to the young workforce of today and establishes the foundation for the future staff of Ultra Mobile.

“When you hire the people you want to hire, at the same time you have to understand who they are and how they thrive. For folks running a small or medium-sized real estate or accounting firm, our approach won’t work. But if you have a company that wants to embrace growth, establish values, or open to flexibility, then you have to give each generation of workers what they need to be successful.”

The title of Fastest Growing Company in the U.S. is a “wonderful acknowledgement, but not a destination” for Glickman and the team at Ultra Mobile. Ultra’s original goal was to make international calling the same price as a local call, and now more people and companies are adapting to this model.

But it doesn’t end there. Glickman predicts that communication will continue to become more ubiquitous, allowing people to communicate with anyone in the world in any manner they want to. A new set of problems arise as this trend grows, and as people become more mobile, in particular roaming charges. Ultra Mobile’s next crusade in the telecom industry will be launching another product that looks to reduce roaming rates tremendously.

“We are constantly on a journey to create a new, better way to communicate,” Glickman shared. “I want to make the world a smaller, closer place.”