The reigning bantamweight champion reflects the diversity and equality of UFC.

The reigning bantamweight champion reflects the diversity and equality of UFC. 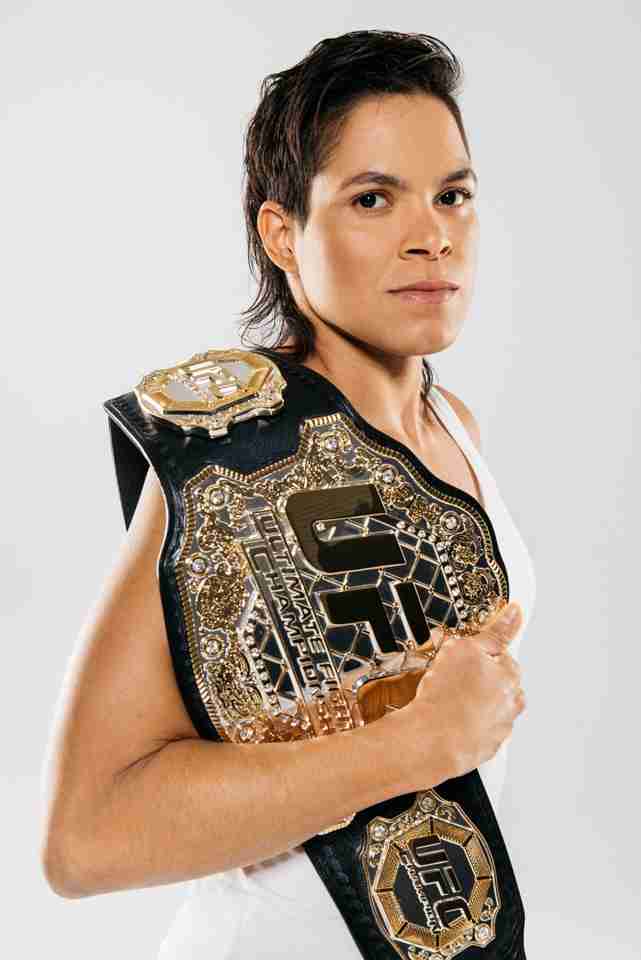 Women’s prizefighting has been going on for longer than you’d think. Although the Ultimate Fighting Championship—better known as UFC—only sanctioned a women’s division in 2012, it was the eye-catching sport on English city streets as early as the 18th century.

But you’re not here for a history lesson: you’re here for the Lioness.

Amanda Nunes is UFC’s current Bantamweight Champion. Although already well-known in the sport for beating and retiring Miesha Tate, it wasn’t until her recent bout and subsequent win against Ronda Rousey at UFC 207—in a stunning 48-second fight that ended in a knockout—that she became a household name.

Rousey played a big part when UFC decided to establish a women’s division, but Nunes and UFC’s current class of female fighters are driving the division’s popularity today.

“Female UFC athletes have been key to the continued global growth of our brand as they allow us to attract and interact with a wider range of fans,” said Senior Vice President Global Consumer Products at UFC, Tracey Bleczinski.

“Establishing our three [now four] women’s weight classes has not only been key to building and maintaining a new fan base, but it also gives top female mixed martial artists the opportunity to compete at the highest level.”

So why are we featuring the bantamweight champ in our business magazine?

When you have the opportunity to talk to a badass like Nunes, who is somehow equal parts fierce and compassionate, you don’t say no.

But when doing so also means learning about the artistry of MMA—yes, artistry, we’re looking at you Meryl—and the dedication to excel at this level, you see that Nunes becomes much more than a champion: she’s a shining example of what it takes to succeed.

“No one expects girls to fight so good,” Nunes said to me on a busy, press-filled day in LA a few weeks after her win against Rousey. “The men you expect: they are big and strong. But when you watch a fight like mine, you see the technique.” 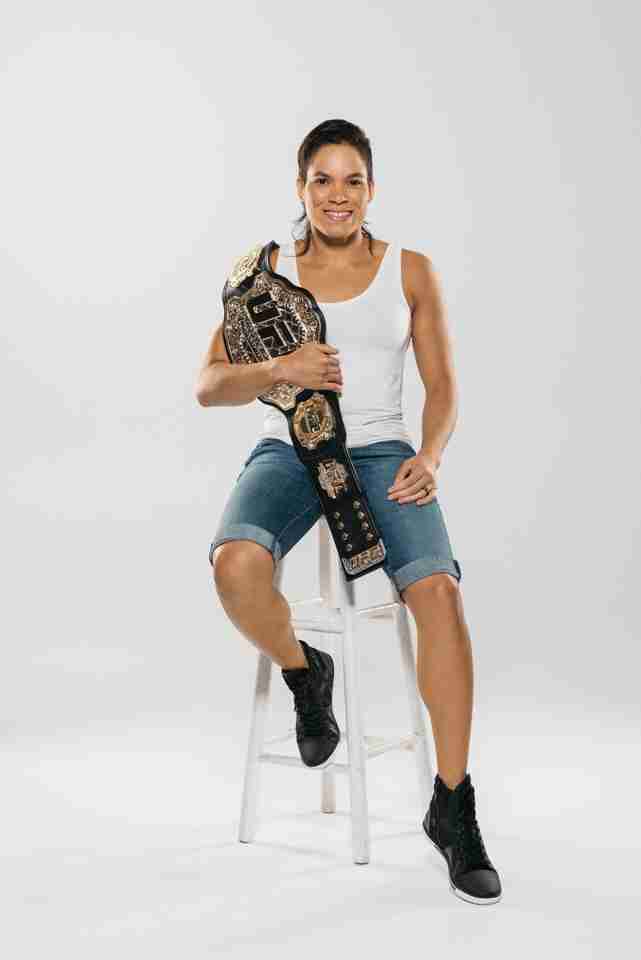 Fighting runs in Nunes’ family. Her uncle was a fighter back in her home country of Brazil, and she began training in karate when she was a kid. From there she developed her skills in boxing and took up Brazilian jiu-jitsu in her late teens.

After capturing the Pan American Jiu-Jitsu Championship Gold and Mundials Jiu-Jitsu Gold, she set her sights on MMA. Nunes started training in mixed martial arts at 18 and had her first professional fight at 19.

“It’s kind of in my blood,” she said. Despite having just flown in from the East Coast the previous day and being bombarded by admirers and press on radio, TV, and photo shoot sets all day, the smile never left her face.

“She hasn’t let that belt out of her sight, and we joke that she slept with it next to her first few days,” her PR agent said during her photoshoot, where, with the turn of the head, Nunes went from kind and open to dangerous and powerful.

Nunes is just as much at ease in the limelight, it seems, as she is in the octagon.

There’s no hidden confidence here: she wears it on her sleeve for all to see. The boys at her gym back home could see it and nicknamed her “leoa.” Portuguese for “lioness,” the moniker reflects the gym’s logo and Nunes’ spirit in the ring.

Although it’s only too easy to assume that Nunes experienced some difficulties being the only woman training with men, Nunes never had a problem at her gym. This equal footing between men and women fighters is a big part of the reason why adding a women’s division to UFC has been so successful.

“We put athletes first, regardless of gender,” shared Bleczinski.

“UFC is the only professional sports organization in the world where athletes, both male and female, compete on equal grounds. Women competing in UFC do so on the same playing field as the men, on the same fight cards, with the same earning opportunities. Not only that but in a lot of cases, they train and spar together as members of the same gyms.” 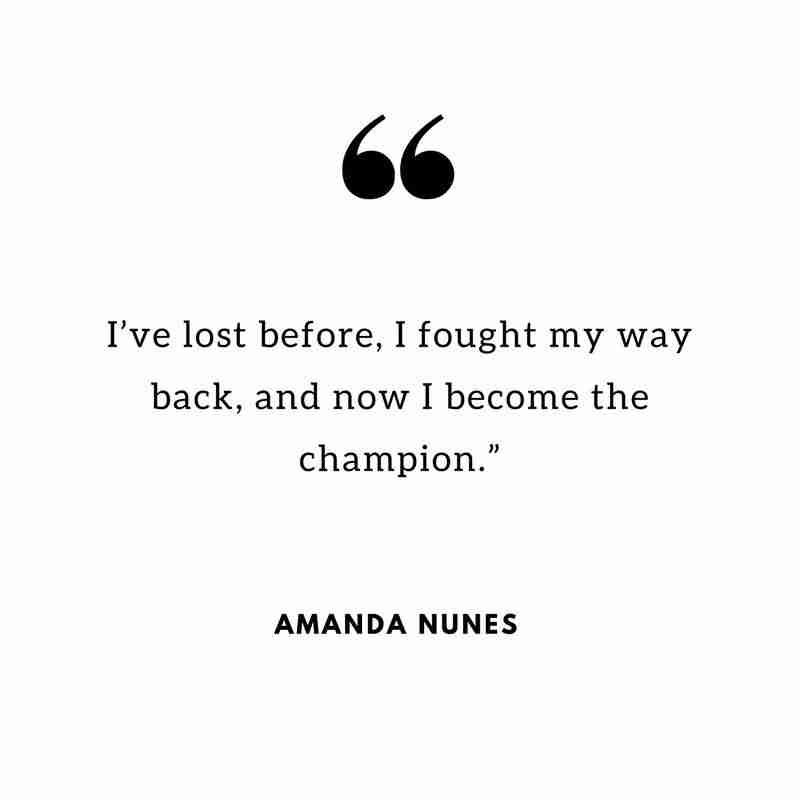 If only businesses and boardrooms were so inclined. UFC’s 2016 majority acquisition by WME/IMG for a whopping $4 billion—and a nearly 26 percent profit margin from 2014 to 2015—adds flame to the fire that women’s sports can be just as profitable as men’s.

When treated equally, competitors like Nunes not only excel but dominate.

But as many high-level athletes can attest, Nunes’ journey to the top wasn’t without struggle. Cost of training full time was often a stressor. She hasn’t won every fight she’s entered. Sometimes injuries sidelined her.

“Things can happen, you have to be ready for everything,” Nunes said. “If you lose a fight, you have to move forward and come back strong. If you only know how to win, if you don’t know what it feels like to lose and to come back from that, how are you really a champion?

“I’ve lost before, I fought my way back, and now I become the champion.”

With incredible determination, a healthy mindset geared for success, and the support of her mother, her girlfriend Nina Ansaroff (another successful UFC fighter who competes in the strawweight division), and other friends and family, Nunes has done more than win the belt: she’s broken down some barriers along the way.

The three former bantamweight champs—Ronda Rousey, Holly Holm, and Miesha Tate—are American. Nunes is the first Brazilian woman to hold the title. In a country known for its soccer and male fighters, Nunes said her recent win was a huge personal accomplishment and a source of pride for her birth country. 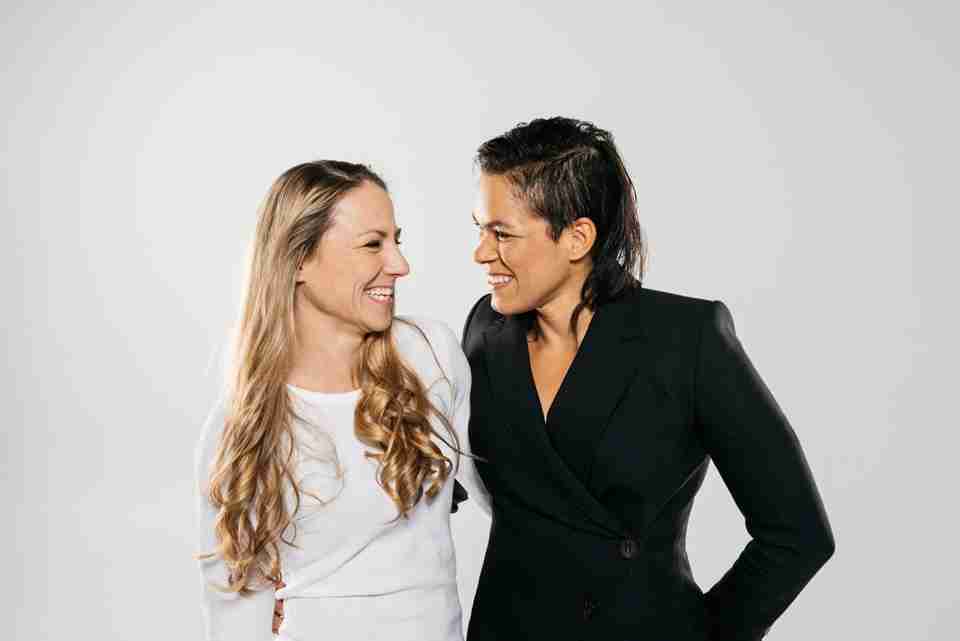 And the historic moments don’t end there. UFC 200—Nunes’ fight to win the title against Miesha Tate—was also the first time Nunes and her girlfriend of four years, Ansaroff, were photographed together at a UFC event. Although Nunes and Ansaroff hadn’t hid their relationship, their shared kiss after Nunes’ victory led to her being declared in the media as UFC’s first openly gay fighter.

“Since that day, I realize, now I’m open,” she said. “It’s not one thing I care about. If someone asked me, I’d say ‘yeah this is my girlfriend Nina,”. I didn’t hide it. But I never had to go to social media and declare it. I didn’t do that because for us, it’s normal.”

That wasn’t always the case. Nunes always knew she was gay, but knew better than to tell anyone.

“At the time, I know people around would see it as wrong,” she said. “When you’re a kid you know things, know what is accepted and what isn’t.”

Now their relationship is on a whole other level as far as publicity is concerned. Nunes made it very clear that it doesn’t change anything with her—after all, she’s had Ansaroff by her side, and vice versa, for over four years now.

What she does hope will change, however, is the perception of the LGBTQ community.

“Now that the relationship is public, I hope it makes some changes in the world. People see how I love her so much, that we are good people. She just won her fight [UFC Fight Night 103], and everything is coming together in our lives.

“We decide to share that with people. Hopefully, it means people become more open minded. If I share my history, I can help little by little.”

Amanda Nunes is a gay, Brazilian, female fighter. But she’s also the champion, and she won’t ever let you forget it.