Uber Freight Continues its Rise in the Supply Chain Industry 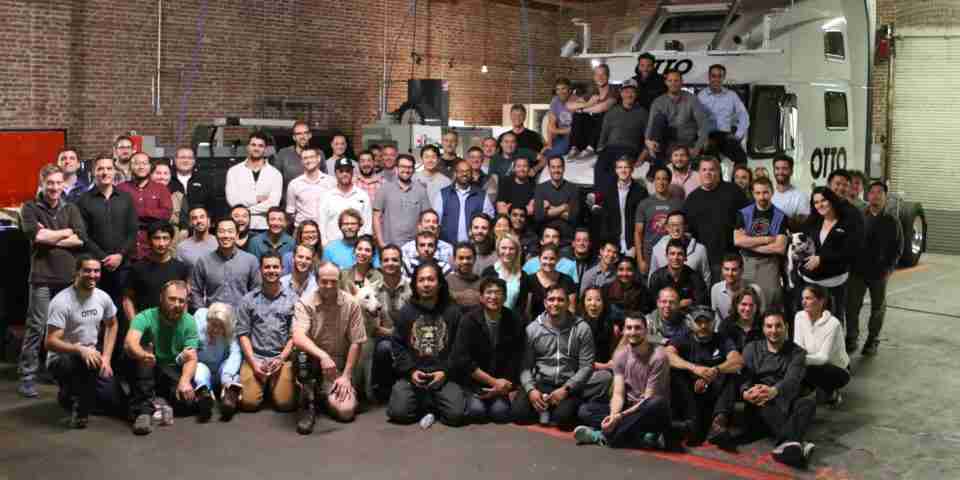 Uber has become a common source of transportation and now the ride-sharing company has shifted into the supply chain industry.

Uber Freight is a new program, launched in May, through which truck drivers can locate shipments for on-demand transportation.

The program allows drivers in Dallas, Austin, San Antonio, and Houston to find loads by destination, deadline, or required equipment such as refrigeration for fruit.

Upon finding a load meeting the driver’s preferences, they can then finalize the job through the app.

Much like its parent company, it requires drivers to meet certain qualifications before gaining access to the app’s services.

Drivers must have a clean record, be willing and able to follow federal regulations, carry required insurance, and prove they are licensed to drive commercial vehicles.

Despite only launching three months ago, the company is already expanding to new markets.

This month, the company started actively marketing to shippers and drivers in the main metropolitan areas of California, Arizona, the Chicago–Midwest region, Georgia, South Carolina, and North Carolina.

“In the last few months, we’ve heard from drivers that they want more loads in more places,” said Bill Driegert, Director of Uber Freight. “These new areas represent where drivers like to run.”

However, there have been drivers who dislike the greater responsibility that Uber Freight entails.

By cutting out the middleman—traditional brokers such as CH Robinson and Coyote—drivers are responsible for making all arrangements while ensuring customer satisfaction.

Uber Freight’s parent company does not carry as much weight behind a missed opportunity. With regular Uber, losing a client may only cost a few minutes of extra time. However, a wasted trip costs freight drivers a lot more than just time.

Nevertheless, Uber Freight has been successful among enough drivers to warrant its expansion.

Circle H Intermodal, for example, has allowed four of their 35 drivers to use the program, and they have had such positive feedback that the company is giving it to 15 more drivers this month.

“Information on loads has been accurate, and the company normally gets paid in 48 hours or less,” said Edward Hampton, Chief Executive Officer of Circle H Intermodal.

Ferdinand Heres, Owner of Heres Transport, referred to his experience with Uber Freight as picture perfect.

In comparison to other companies he has dealt with, Uber Freight is “better organized than just the average, and a little bit more professional,” added Heres.

One of the greatest benefits to Uber Freight has been quick compensation—the company has ensured payment either instantly or within a week. ith traditional brokers, payment can take anywhere from a day to a year.

Additionally, traditional brokerages typically take a 12 percent cut on any deals they arrange, while drivers report to making a significantly bigger profit from Uber Freight, which has a surcharge of eight percent.

Sam Carillo, Owner of Carillo Oregel Trucking, is an independent truck driver who gets almost all of his business from two apps, one being Uber Freight.

Before making the switch, he said it took a month or longer for him to receive compensation. Now, he receives it in a week, and without docked broker fees. His profit increased from $200 to $400 more per trip.

It stands to reason that Uber Freight is not the only company out there offering these services. As Carillo explained, even he had more than one app on his phone through which he runs his trucking business.

Executives at these startups say their online platforms are attracting drivers by the thousands as truckers continue searching for ways to work outside of dealing with brokers.

Similar to Uber Freight, one of Loadsmart’s most alluring incentives is that it pays for loads within 48 hours.

The Future of Uber Freight

However, the amount of the allure of these on-demand freight programs—Uber Freight included—seems to be mainly with independent trucking companies as less than five percent of U.S. trucking lines use the services.

Its most recent program updates promise to continue attracting new drivers by adding push notifications to ensure drivers find work easier, as well as personalized features tailored to a driver’s past jobs, their home base, current location, and more.

By continuing to focus on optimizing the experience for drivers, the future is undoubtedly bright for Uber Freight.

“The product speaks for itself,” added Dreigert. “We’re heads down focused on building out the best product we can. If we build the right product for our customers, that’s ultimately what matters.”