Bring fitness to your company culture: TV trainer Chris Powell shows you how.

Bring fitness to your company culture: TV trainer Chris Powell shows you how. 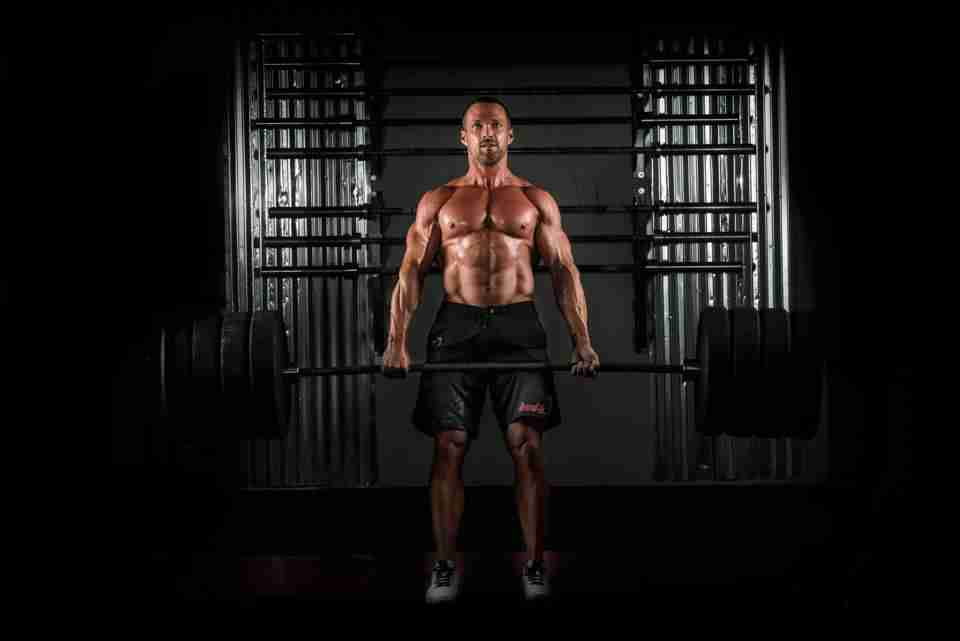 Not everyone has the willpower of a professional athlete when it comes to exercising on a consistent basis: exhibit A, the author of this feature. But there are more people out there than you think that find true enjoyment in pushing their bodies to the limit—running farther, lifting more weights, or contorting into an advanced yoga pose. Balancing fitness with the rest of what life throws at you is no easy feat.

There are fewer still that not only find a passion for fitness, but who find their calling in the field.

As the smallest kid in his classes growing up, Powell constantly struggled with being underweight. At several inches shorter and many pounds lighter, he was bullied throughout his primary school education. When high school sports came around, his love of football overruled his size and he tried out for the team.

“I was railroaded every time I was out on the field,” he said. “It discouraged me and broke my spirit. I knew I didn’t have the size I needed to have to be out there, so I quit.” 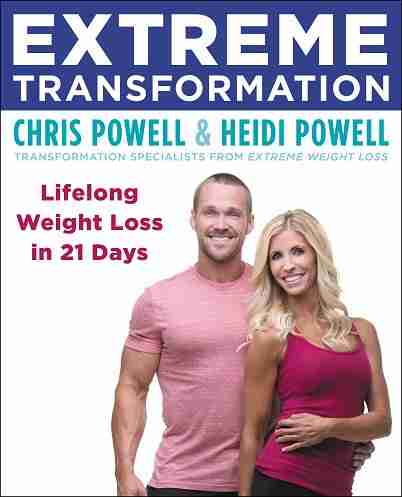 But with supportive parents and a weight lifting set, things soon turned around. Every day after school, Powell tried lifting a little more than he did the day before. After a month, he began to see and feel the results.

“I felt strong again—mentally and physically. It empowered me. It was the beginning of everything for my path going forward.”

Today you know the super fit trainer from Extreme Weight Loss, which ran successfully for five seasons on ABC. On top of being a reality TV trainer, he’s also an author. He and his wife, Heidi, have coauthored a book titled Extreme Transformation: Lifelong Weight Loss in 21 Days. But it’s been a long journey from finding his love of fitness to turning it into a viable business and living.

With his exercise science degree from Arizona State University, Powell knew he wanted to work as a trainer. But he knew it’d be tough in this part of the country.

“There’s a trainer on every corner in the sunbelt,” he said. “I needed something that set me apart from everyone else.”

To stand out amongst the noise, Powell began filming short fitness segments on Good Morning Arizona. Six months later he began receiving pleas of help from people who wanted to change their bodies and their lives.

The first email he received of this nature was from David, a 25-year-old man who had been stuck in his basement for two years because of his extreme weight. At 630 pounds, he asked Powell for help to change his lifestyle. 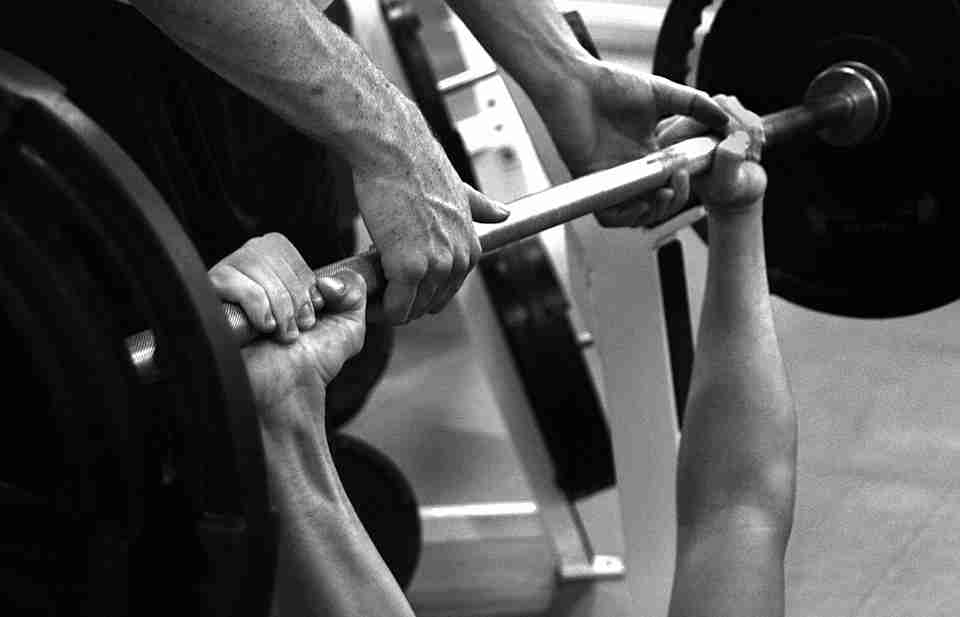 From Oprah to 20/20 and The Today Show, everyone wanted the success story. This opened Powell’s eyes to how people gathered around the feel-good tale of transformations. So when TLC approached him about turning this journey into a documentary, Powell knew he had something.

It was the highest viewed documentary for TLC in 2009, and Powell was riding high.

“I went from a local fitness guy to a globally known trainer almost overnight. It was chaos. And although people had seen this incredible success, I was at a low point in my own life.”

Powell had invested money in an idea, borrowed money from the wrong people, and ended up with a bad product.

“I was trying so hard to look like I had it all together, but I was losing everything. I was sleeping on friend’s couches—David opened his home to me. But the documentary, in many ways, led to the show.”

A production company in L.A. realized what Powell had: weight loss transformation stories that gripped the hearts of viewers. So Powell and his wife Heidi, also a fitness guru, drove to L.A. and mapped out the process of how they do transformations.

“It’s not just a physical change,” he clarified. “The goal is to lose weight, sure, but it’s an emotional transformation too. There’s more a person has to change about themselves on the inside before their appearance can change.”

Transformation and balance weren’t just something the Powells were showing their clients: it was something Chris Powell was discovering and learning right alongside them.

Three months later, Powell had a show and a contract with ABC.

“A year before I was living out of my car. I can’t put into words how grateful and blessed I was for the opportunity, not just for myself, but for the thousands of people these stories could touch. I think the show really spreads hope.”

The Future of Fitness

Hope is something the American people need right now. There’s no way around it: the numbers are daunting. Adult obesity rates now exceed 35 percent in four states, 30 percent in 25 states, and are above 20 percent in all states.

The childhood obesity epidemic is even scarier. Five states and the District of Columbia have a childhood (ages 10 to 17) obesity rate about 20 percent.

“It’s going to take a full generation of education and providing access to different health and wellness venues before you see a change,” Powell commented. “The previous generations were used to preparing all of the food at home.”

Today, everyone is looking for convenience. In this instant gratification society, the quick fix is a lot of calories, a lot of sugar, and a lot of sodium.

Powell is a proponent of a cultural shift to get people excited to cook at home again. Convenience, he said, has to become healthier.

The Quest for Balance 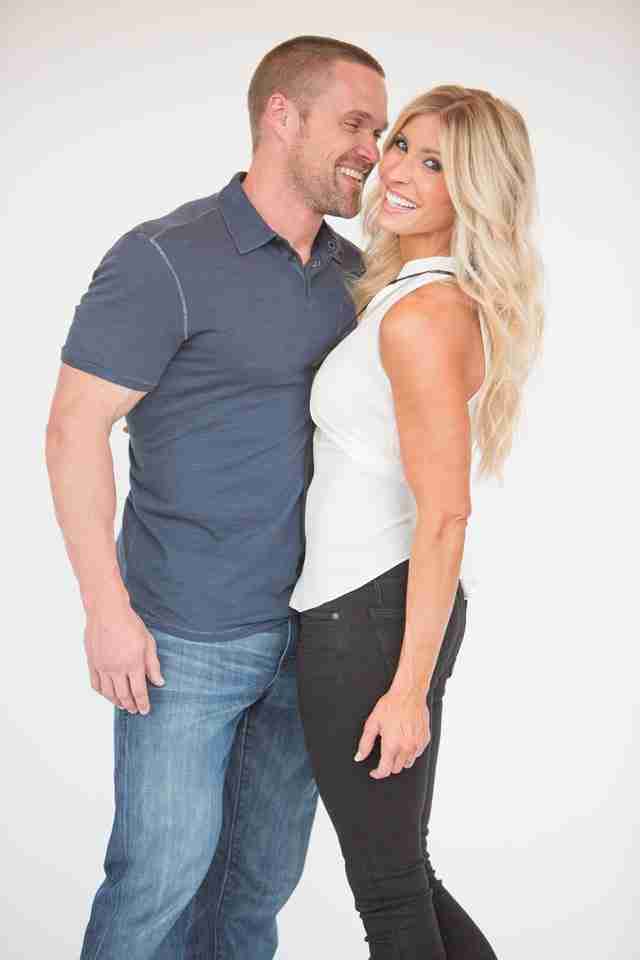 Powell knows the end destination isn’t the most important part of the journey, but that the journey itself will prove to be the most rewarding. And just as he learned this in his own life, he will continue sharing this message with his clients.

“Balance isn’t a noun, it’s a verb,” Powell said. “No matter where you are in life, you’ll always search for it. As a parent, an employee, a friend, a trainer, you’ll never feel like you have complete balance. That doesn’t mean you stop searching, you just have to adjust your expectations to understand that striving for balance will be just as rewarding as finding it.”