INFOGRAPHIC: The Countries Leading the Way in the Future of Production

A look at the countries at the forefront of production

A look at the countries at the forefront of production 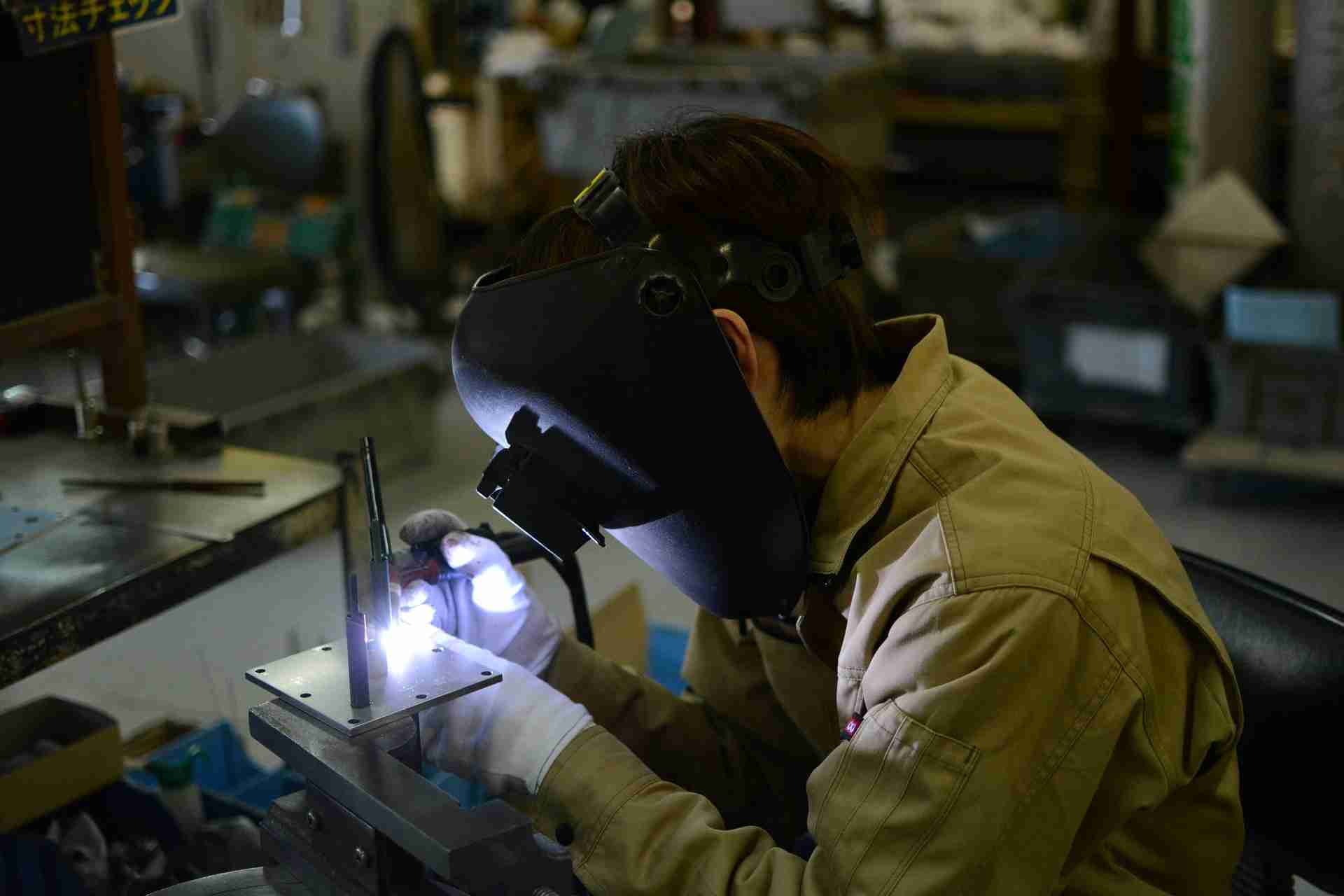 The rise and emergence of technology has truly seen the birth of a completely new and exciting digital age, which has transformed the globe as a result. Innovation and advancements has seen technology grow not only across industries and a variety of businesses but also our personal lives, as we all interact with new devices without even realizing how much we use them on a daily basis.

With technology becoming intertwined and cemented into the 21st century way of living, we have seen the birth of the Fourth Industrial Revolution, which is significantly different from the first revolution back in the 18th century. This new and leading way of production is rapidly changing the manufacturing process across the globe, with the rise of complicated and impressive technologies, such as robotics, 3D printing, genetic engineering, the Internet of Things (IoT), and artificial intelligence. These innovations are being increasingly implemented into all industries, businesses and processes to improve production and boost efficiency.

As a result of the Fourth Industrial Revolution, production levels have improved drastically, with technologies greatly enhancing the speed and accuracy of processes that were often considered tedious and slow, with more room for human error. But in this new production revolution, who is leading the way in embracing these new innovations?

RS Components have produced a graphic analyzing data from the World Economic Forum’s Readiness for the Future of Production report, to reveal the countries adopting these technologies and leading the way in the future of production as a result. With each country analysed by a series of metrics including global trade and investment, institutional framework, sustainable resources, demand environment and emerging technologies, the countries leading production levels forward have been scored out of 10 to reveal who has come out on top.

The top 10 countries driving the future of production include:

At the top of the leaderboard is the US with an impressive score of 8.16 out of 10. The US dominates the top of each metric excluding Sustainable Resources and Institutional Framework.

With the country holding enormous opportunity and access to digital technologies, it is important for manufacturers to capitalize on this and ensure their employees are prepared for the exciting future of production ahead. The US is known for its innovation and it is its advances, stable and connected technological platform it has built up over the years that allows it to lead the world in the future of production, from research to the manufacturing stage.

Singapore ranks as the second country driving the future of production with a score of 7.96 and Switzerland in third at 7.92. With around 20 percent of its GDP deriving from manufacturing, it is unsurprising that Singapore sits as the world’s fifth largest refinery export hub and among the top 10 global chemical hubs by export volume. Singapore, manufacturers are capitalizing on robots, artificial intelligence and predictive analytics.

Preparing employees for the future of production

With many countries making significant efforts to increase their technological innovations in their production processes, it is important for businesses and industries to address the need to prepare its employees for the change. Educating employees on new technologies and also incorporating information on these advancements into school curriculum will be greatly beneficial in preparing a technologically innovative nation.

With this preparation combined with the technological opportunity for industries and nations to explore, the world of production and manufacturing is set to change astronomically.

What country will be leading the way in the future of production in 10 years time? 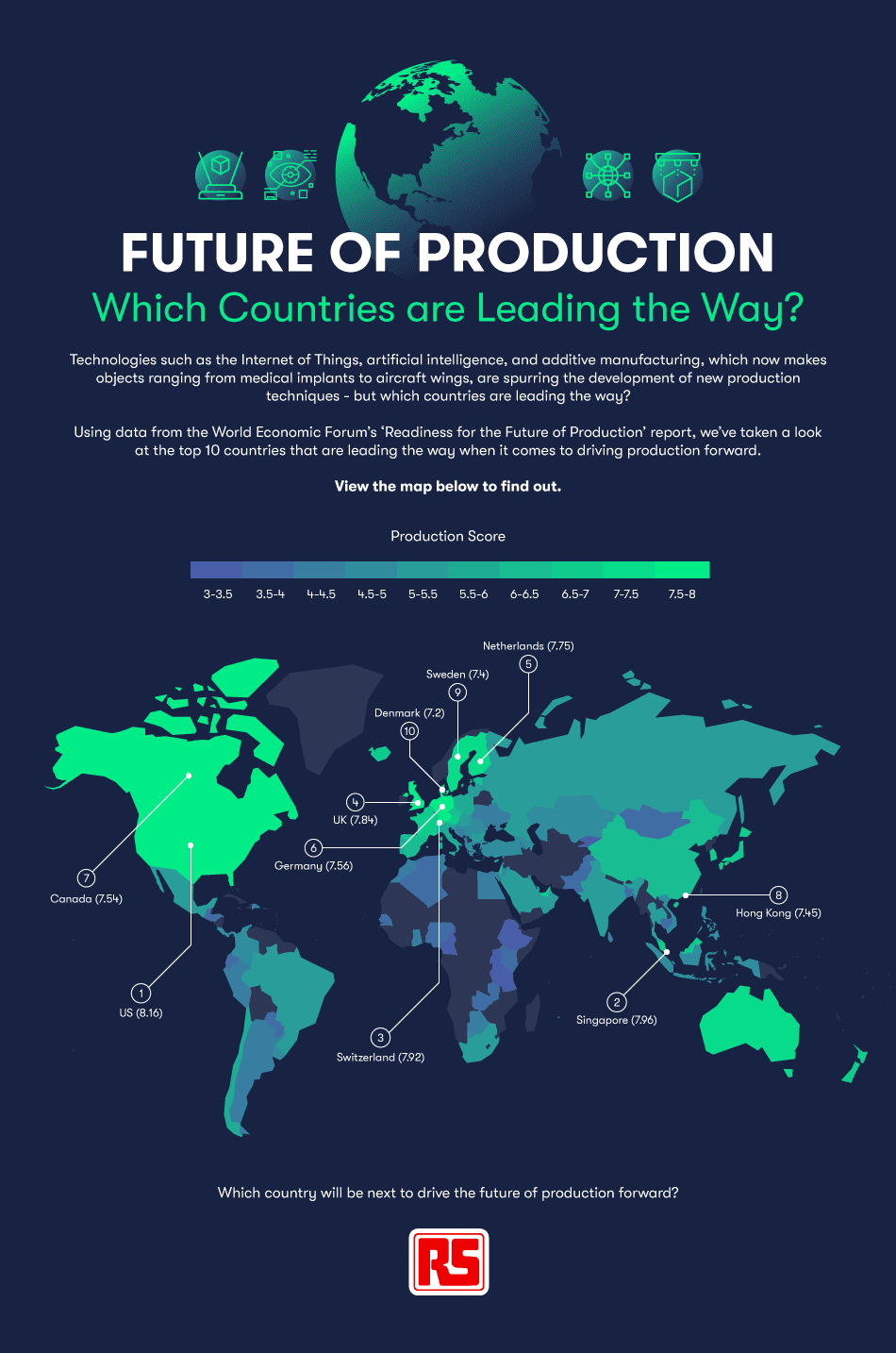