What’s Next in Autonomous Cars Development? Here Are the Top U.S. Cities to Watch.

Federal regulators are in dire need of a “patchwork” of state rules to attempt to govern a technology that’s still in the midst of being developed. The advances are happening so fast the public can’t understand it, so Transportation Secretary Elaine Chao has called for more efforts to strengthen guidelines for driverless vehicles.

During the International Technical Conference on Enhanced Safety of Vehicles in Detroit, she also challenged companies in the business of developing autonomous vehicles to provide more information about their technology to the public as regulators make those decisions. “The innovators need to speak up and help the rest of our population understand,” Chao said.

The need for self-driving vehicles goes without saying. The National Highway Safety Administration reported 40,200 people died in traffic accidents in 2016. These fatalities made last year the deadliest year on American roads in close to a decade, especially for pedestrians and bicyclists.

By 2025, each and every passenger auto is expected to be a connected car. In 2023, all new cars will come fully loaded with vehicle-to-vehicle technology enabling dynamic wireless exchange of data between nearby vehicles.

While it’s easy to immediately envision Silicon Valley’s or New England’s engineering masterminds steadily pioneering our future of driving, you may be surprised to see where the next major steps towards a driverless nation are taking place.

The friendly fight between states is on. Just a few months ago, Michigan Governor Rick Snyder signed a package of automaker-backed bills allowing the testing of vehicles without steering wheels, pedals, or needed human control. This bill alone could propel Michigan lightyears beyond California’s driverless car development dreams.

As automotive and tech companies expand their research facilities, the U.S. Department of Transportation is also augmenting its autonomous and connected vehicle technology development. In January USDOT announced 10 automated vehicle proving ground test sites that will form a “Community of Practice” to advance safer, smarter driving throughout the nation. 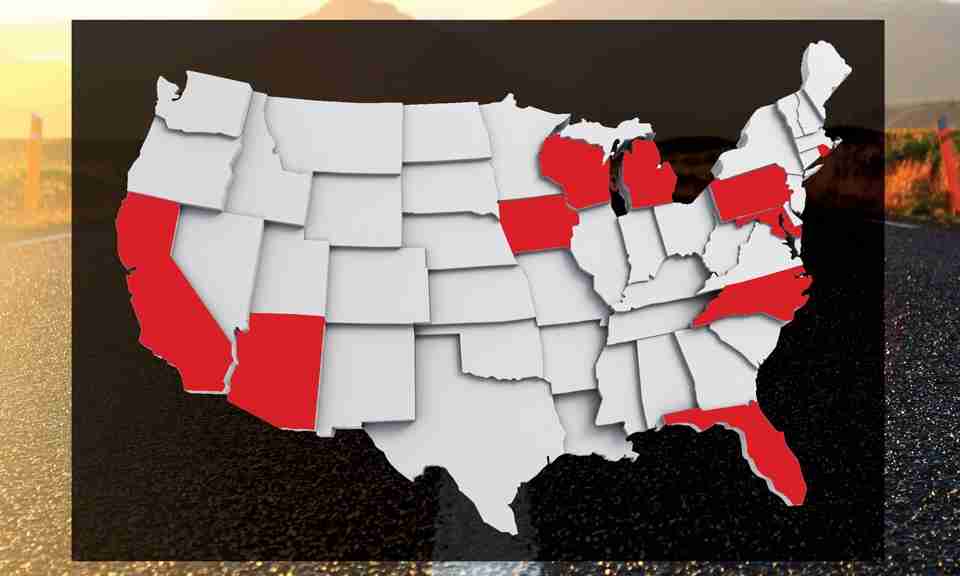