Top 5 Moments from 50 Years of Comic-Con 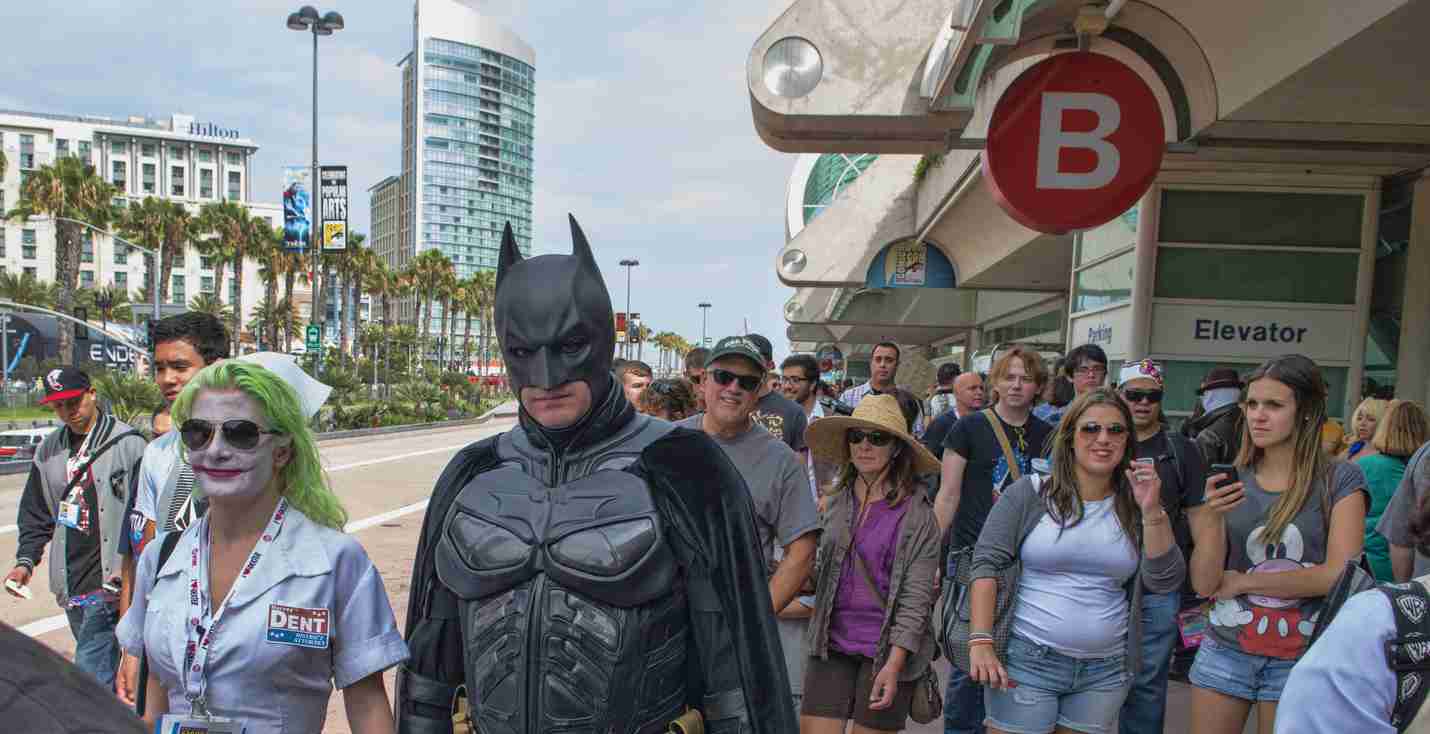 This July marked the 50th iteration of what has come to be known as Comic-Con International. The first, three-day event (originally called San Diego’s Golden State Comic-Con) took place from August 1st through 3rd at the U.S. Grant Hotel. Fast forward to 2019, and Comic-Con is a cultural juggernaut that spreads from its primary location in the San Diego Convention Center to adjacent restaurants, parks, businesses, and the soon-to-be-opened Comic-Con Museum in Balboa Park.

After recovering from walking the floor repeatedly at this year’s Comic-Con and after reading and sorting through the comics, art, and other collectibles we purchased, the BOSS team decided to take a look back at some of the most notable moments in Comic-Con’s illustrious history.

Sure, legendary comic artist Jack Kirby — who along with Stan Lee was responsible for creating many of Marvel’s most famous characters, including the Fantastic Four and the X-Men — also spoke at the first Comic-Con, but the addition of acclaimed science fiction novelist Ray Bradbury helped give the event some extra gravitas.

Years before Comic-Con became a destination for Hollywood’s biggest stars, and back when comic books were still largely seen as entertainment for children, a literary figure of Bradbury’s stature speaking at such a convention was significant. Listen to the audio of Bradbury’s and Kirby’s speeches here.

Star Wars Seeks Fans ahead of Its Release, 1976

In anticipation of its 1977 release, Star Wars came to Comic-Con hoping to drum up interest — a concept that has since become standard for would-be blockbuster movies. In an effort to appeal to comic book fans at the convention, LucasFilm publicist, Charles Lippincott brought Roy Thomas and Howard Chaykin, the creative team behind the forthcoming Star Wars comic book, to the con.

The trio introduced a slide show explaining the movie which a flier described as “a live-action space adventure-fantasy, (that) involves the search for a kidnapped rebel princess, and a confrontation with the dark forces if an evil space empire.” Chaykin illustrated posters that sold for $1.75 at the event and now fetch between $1,000 and $3,000. See photos from the presentation here.

In 1993, Comic-Con was still largely a convention that attracted fans of actual comic books. During a stint in the nineties, Comic-Con partnered with Dark Horse to create exclusive comics for attendees. The second issue proved to be a special treat as it introduced Mike Mignola’s Hellboy character.

The half-demon superhero has been the subject of three live-action movies, along with comic series and mini-series, animated films, and video games.

Ahead of the release of Tron: Legacy, Flynn’s Arcade opened in San Diego’s Gaslamp District during Comic-Con weekend. Located offsite, it was free to the public willing to wait in line. Those who made it inside were treated to free T-shirts, retro video games, and an immersive experience that paved the way for future offsite activations (as they’re now known).

Hall H is the place to be for conventioneers looking to catch a first glimpse of new movies and TV shows and maybe even ask a favorite actor, writer, or director a burning question. In 2015, J.J. Abrams hosted a star-studded Hall H panel, ostensibly to discuss the forthcoming Star Wars: The Force Awakens. However, he surprised the packed hall when he invited them out behind the convention center for a concert.

Out back on the San Diego Symphony Orchestra’s summer pops home, fans were treated to a symphony of Star Wars music and fireworks.

Picking highlights from 50 years of an event as large and as influential as Comic-Con is nearly impossible, and every attendee is capable of having their own unique experience each year. Some might have loved seeing Glenn Danzig selling comics back in the eighties and nineties, others enjoy the experience of waiting in line over night for Hall H and telling their friends they were the first to know about the latest marvel movies. Others still get their biggest thrill from finding an elusive back issue that completes a run or seeing the author of one of their favorite comics or outer space adventures.

Regardless, it appears that Comic-Con will be around creating new memories for the foreseeable future. Thankfully.