The Truth Behind NYC Real Estate

For more than a year, Louise Story and Stephanie Saul, two reporters from The Times’s investigations unit, have worked on a series of articles about...

For more than a year, Louise Story and Stephanie Saul, two reporters from The Times’s investigations unit, have worked on a series of articles about international shell companies that own some of New York City’s most expensive real estate, and the people behind them, this article reveals what they discovered. 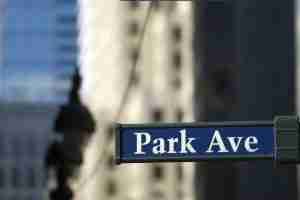 Elite New York Real Estate has often been a speculation of wonder, excitement, and even secrecy. Iconic landmark buildings in the city that have condos inside are becoming a point of scrutiny for some people looking at the market. Many of these elite condos have been purchased under the guise of secret identities. This means that buyers have been purchasing condos through other trust funds, limited liability companies, or other entities to hide their own names from the sale. Inside one building in this magnificent city, the property roster may include approximately 200 shell companies to hide buyer identities.

The range of identities is wide. These condos may be purchased by successful Wall Street traders, technology gurus, celebrities, executives, doctors, entrepreneurs, and even highly successful lawyers. Several of the people living in these luxurious and secretive condos include wealthy foreigners. For instance, it is believed that a former Russian Senator, Vitaly Malkin, owns one of these top-end condos in the city. This revelation has been a point of scrutiny for people who are suspicious about Malkin’s criminal activity on a global perspective. 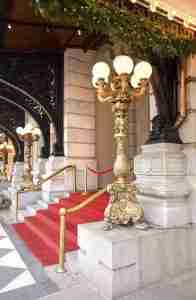 Malkin is not the only suspected foreigner living in the city who has been the product of scrutiny. A recent report shows that there are approximately 16 other individuals who have had government inquiries regarding their purchase of Elite New York Real Estate. Some of these high-ranking and questionable officials hail from some of the following countries: Malaysia, Russia, China, Colombia, Mexico, and even Kazakhstan.

The foremost complaint is that these questionable individuals have been able to make high-end purchases involving real estate and Construction in one of the greatest cities in the United States, because they have used shell companies to make the purchase. These enormous sums of money being put toward high-end real estate are going unchecked and could even be dangerous. Similar complaints have been made about other great cities around the world.

In one study from PropertyShark, it was estimated that $8 billion is spent annually in New York City on real estate that is worth approximately $5 million per property for sale. This number of sales triples that from a decade ago. The study reported that over half of those purchases were made under the name of shell companies.

Some locals see the movement of wealthy foreigners coming to the city as prosperous for the economy. There is a considerable amount of bragging to be done for a piece of estate that houses multiple residents who are listed on the Forbes Richest list. Nonetheless, the Times continues to make inquiries about this trend and the safety of unchecked money coming into the United States real estate market.