The Source: Thinking Outside the Big Box

The Source is reimagining the way consumer electronics are sold—and changing Canada’s retail landscape one experience at a time.

The Source is reimagining the way consumer electronics are sold—and changing Canada’s retail landscape one experience at a time. 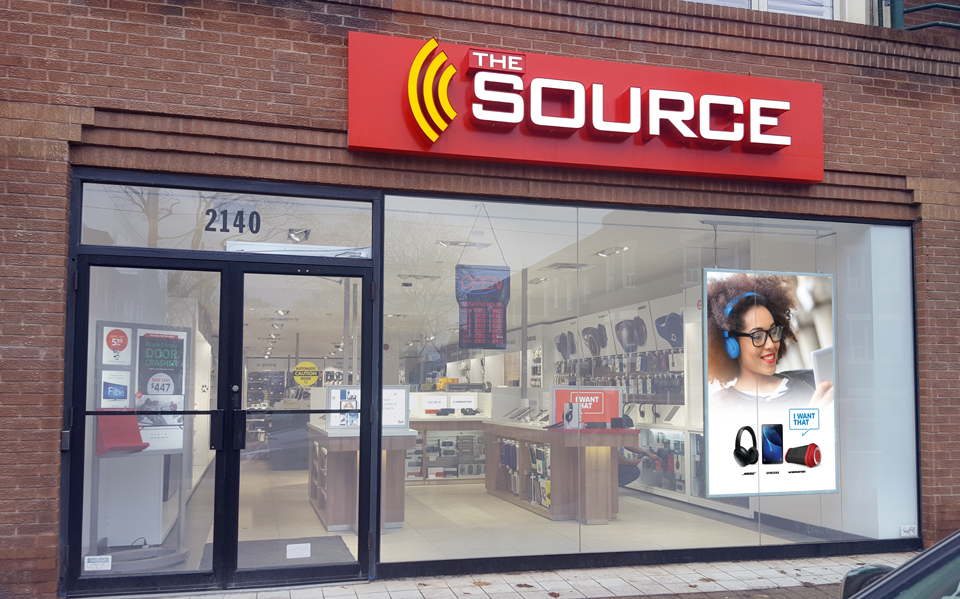 Transforming the remains of RadioShack Canada into a vital and relevant operation might seem like an impossible quest, but the current success of The Source proves that the pursuit of excellence really pays off.

As Canada’s largest consumer electronics retailer, The Source has risen from the ashes of former owners RadioShack Canada and Circuit City in spectacular fashion. At a time when legacy brick and mortar players are disappearing, the self-styled “neighborhood tech specialists” are opening profitable stores, kiosks, and tech vending machines throughout Canada.

One key strategy that has accelerated The Source’s five-year reinvention journey: shifting from being a small player in the big box realm to becoming a dominating force in small box retailing.

“It’s impossible to try and be everything to everybody. I think that was part of the failing of RadioShack: you can’t be a small version of a big box store,” explained Ron Craig, VP of Marketing and Development at The Source. “That’s the difference in our approach. We’re picking our spots and defining ourselves by categories that people are still looking for at retail.”

Despite having only a fraction of the square footage of a big box operation, The Source delivers 80 percent of the most in-demand SKUs in their specialty categories.

Craig also pointed to compact audio technology, which allows The Source to maintain an impressive experiential audio department in a very small space—a feat unheard of just a few years ago—as well as the ability to offer its customers one-on-one experiences and technical knowledge that big box retailers promise but rarely produce.

From Broken Channels to Buy-In 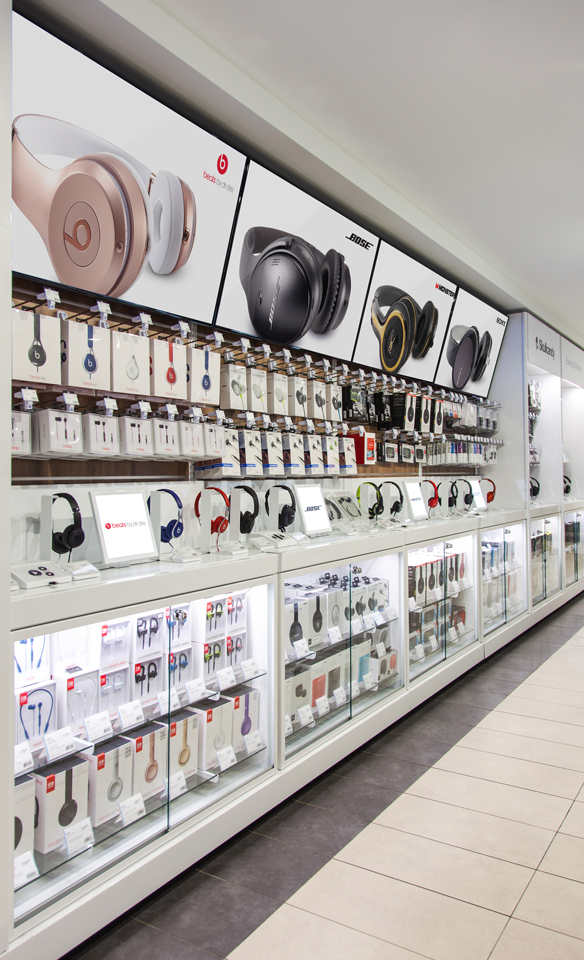 In charting The Source’s route from irrelevance to hotness, company president Charles Brown is startlingly candid.

“We’ve taken this channel that was broken down, run down, and pretty derelict—some people used to describe the stores as dark and dangerous—and we’ve revitalized that by bringing in brands, by bringing in fixtures, redesigning the stores, and training our people to deliver on our brand promise of providing a simplified solution to our customers,” he asserted.

Creating customer experiences that align with their expectations for personalization and service is at the core of the brand re-do.

“Part of brand reinvention is attracting and developing customer focused associates,” said Craig. “As we lean into offering knowledgeable and personalized service, there is an expectation that it is beyond what RadioShack would have delivered.”

“Reinventing the brand is helping us attract different and higher quality associates who want to be involved in our fundamental transformation of retail,” Craig added. “Most stories about retailers are going the other way, or are about downsizing and closing. […] The fact that The Source continues to show strength and is opening new locations is helping us attract new talent at all levels of our organization.”

Along with the infusion of new talent, securing organizational buy-in is essential to The Source’s reformation.

“Clarity of positioning is the starting point,” Craig noted. “That’s what we’ve been working on—aligning the organization against a very clearly defined brand positioning and definition of what The Source is going forward, with the understanding that it will evolve as technology changes but it will all be rooted in the same brand promise. We’ve been doing a lot of work, talking to our managers about the brand and culture and their role in delivering on it.

“Once you start to demonstrate that you’ve got a clear definition of where you’re going, people start to see it. If you don’t have your team on board it’s harder to get the consumer on board. It can’t be just advertising messages; it has to be delivered through all touch points and that’s what we’re focused on–making sure it translates to the whole team and culture.”

The Source’s bold tagline, “I Want That,” illustrates the company’s connection to younger shoppers. Changing the perception of The Source from a fusty, 40-year-old electronics shop to a hip destination is an exercise in agility.

“There’s no doubt that in retail there’s kind of an industrial revolution that’s happened in that the channels, choice, and options that the consumer has today are incredible compared to what they were 20 years ago,” Brown recalled.

“In this changed environment the key for retailers, especially brick and mortar retailers, is that you have to make sure that what you’ve got is relevant and it’s something that consumers actually choose to interact with,” he continued.

“If you go into a The Source store, you’ll see a large assortment of headphones. Headphones are a perfect category because people want to listen to them and you can’t do that effectively through other channels. We put mirrors in the stores because people want to see how they look on their head. They’re a fashion item and people are concerned about how they look—that’s a meaningful category that people will come in to check out.”

The Source changed its merchandise mix, shifting out of selling commoditized products such as thumb drives that can be purchased in a wide variety of places, to offering products that require interaction as part of the buying decision.

The Source’s experientially-focused “tech centric” store redesign makes it easy for consumers to have a hands-on buying experience—a must particularly for audio and videophiles. Featuring less clutter, appealing lighting, wider aisles, warm wood accents and a neutral white backdrop ideal for testing out products, The Source’s stores are a hit with their target demographic of shoppers 18 to 44.

Additionally, The Source is partnering with Ebay, Amazon, and other electronics sellers to expand its reach, becoming a true omnichannel retailer.

“It’s really two fold,” Brown enumerated. “One, make sure your stores are relevant by having the right people and the right product and good looking stores so people want to go to them, and create alternate channels so you can reach everybody.”

Meeting Customers Where They Are 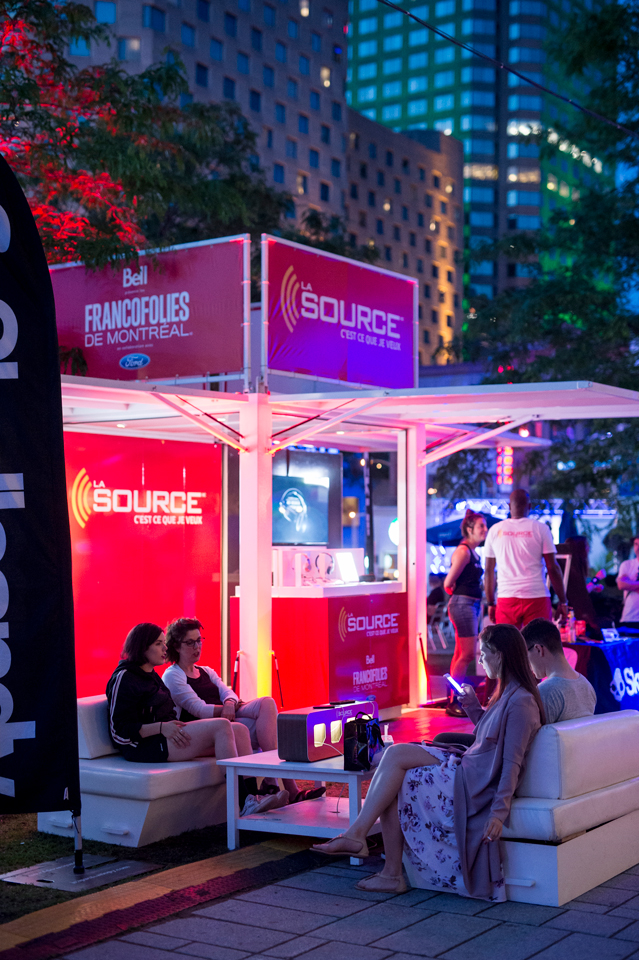 For some firms, that expression is a popular contemporary marketing trope. For The Source, it’s quite literal. Seeking a way to gain prominence in a retail bricks and mortar environment roiled by anchor store closures, bankruptcies, and downsizing, company leadership is looking beyond the small box to kiosks and vending machines.

“Forty million people go through Toronto’s Pearson International Airport every year. So when we started talking about traffic declining at the traditional store level, my thought was simply, “why don’t we put stores where the people are?” That’s not brilliant, that’s just finding people and putting ourselves in front of them,” Brown admitted.

“We’ve put vending machines and kiosks in the airports, all aimed at putting the right mix of our products for people in the circumstance in which they’re in–airports. So you can imagine, we sell lots of headphones, chargers, cables, things that you’ve forgotten. That was a whole group of people that we weren’t tapping.”

The effort gave a brutal “tap” to Best Buy, knocking the big box store out of its vending position at Pearson.

The firm is taking that approach in other non-traditional areas, including university campuses, rest stops, and other highway traveler locales.

“A lot of our products lend themselves to travelers, so airports and roadside locations make sense,” Craig exhorted. “The key is finding where traffic exists, and that’s part of our strategy to complement what we are doing in traditional retail, making sure we’re relevant, and finding other spots.”

In Brown’s view, it’s all about reaching customers where, when, and how they desire.

Craig is equally enthusiastic. “We’re seeing great response in terms of revenue, so it’s meaningful and it’s real,” he said.

Reaching Out, Staying Strong, Being Cool 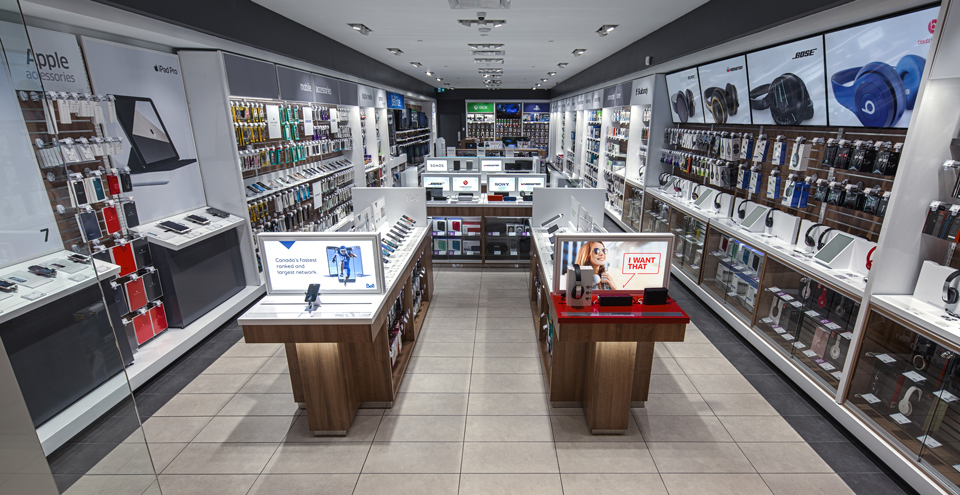 The Source’s relationship with iHeartRadio allows the company to create a presence at music festivals and concerts, boosting its influence on young music enthusiasts.

“It works really well from our standpoint on reaching an important demographic,” Brown concurred. “It’s a group that has a say about what is purchased in the home. What we bring to iHeart Radio is reach, and a way to reach people through audio and music because of the products they’re buying from us.”

Growth opportunities exist in the connected home products market and in educational toys revolving around science, technology, engineering, and math, or STEM.

“The cool thing about that category and its emergence is that is actually ties back into our heritage,” Craig recounted. “The RadioShack model was all about hobbyists or makers, and there’s a bit of that in this space, but we’re taking it to a different level more tied to education and what’s happening in schools around curriculum. We just launched our line of STEM products this fall; we’re expecting it to be really strong this Christmas and we will continue to build out that category.”

Wearable tech is taking off in the Great White North, he added. “[They are] perfectly aligned with what we’re trying to do. We’re just exploring connected cars and what we can do from an aftermarket perspective, so lots of cool stuff.”

The Source is Canada’s largest consumer electronics retailer with over 550 locations nationwide. Over 70 percent of Canadians live within five kilometers of stores operated or licensed by The Source. Retail locations and thesource.ca offer a wide range of brand name consumer electronics including communications, home entertainment, home office, and sound products. 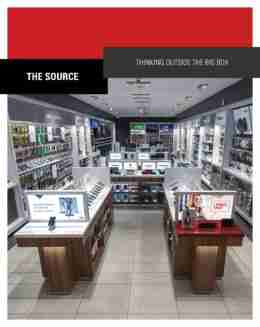 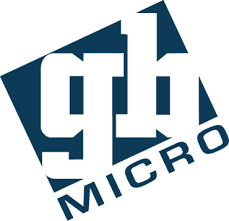