The Refabricator™ Converts Plastic Waste into Valuable Tools on the ISS

The one-of-a-kind machine boasts technology that could be of immense value on Earth as well as in deep space Late last week, the International Space... 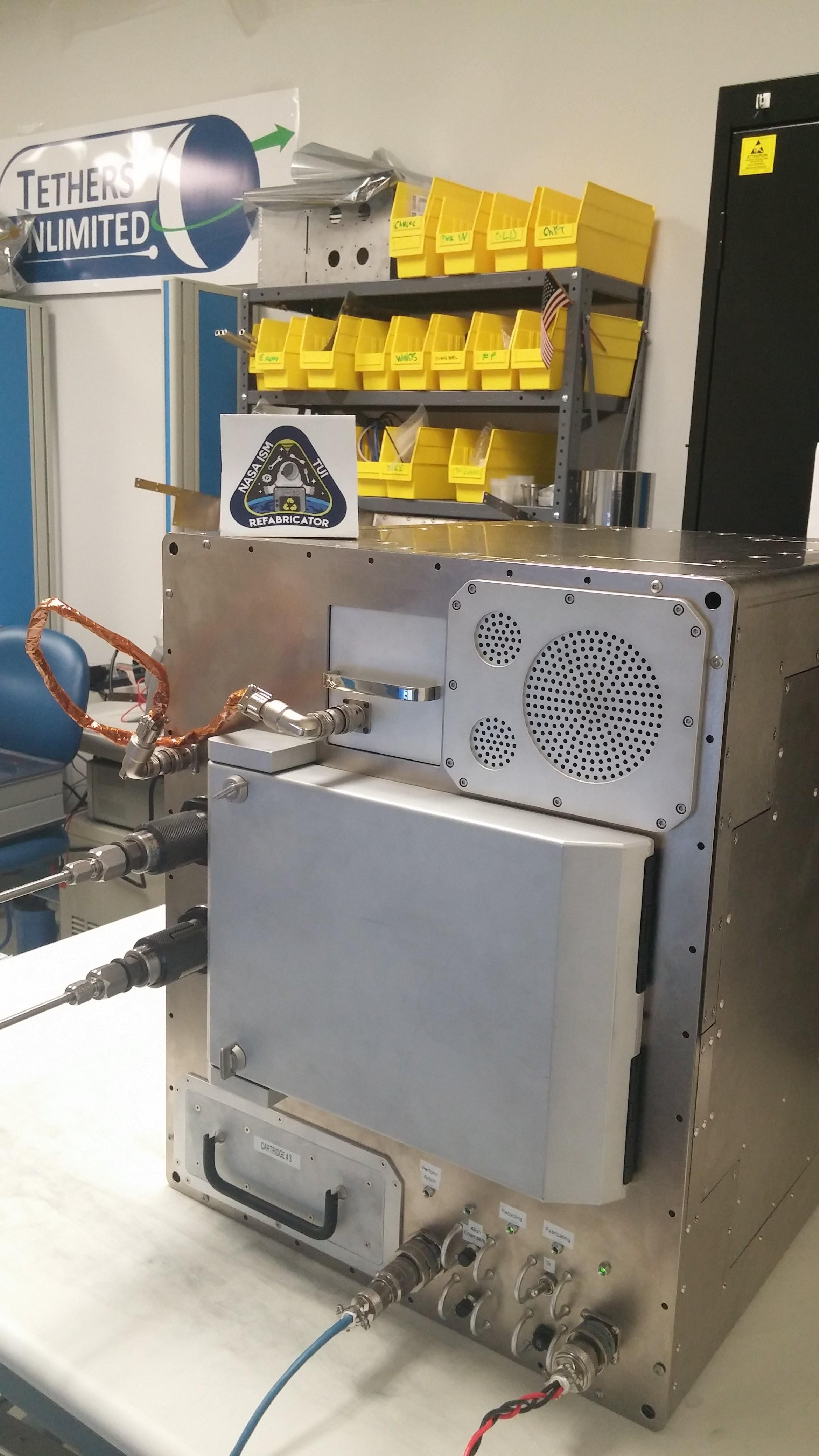 Late last week, the International Space Station (ISS) received a delivery courtesy of the Cygnus, an unmanned cargo ship that was making its tenth trip to the space station. However, the cargo on this trip was a bit more special — it contained the Refabricator™.

Working with Tethers Unlimited, NASA’s In-Space Manufacturing Program developed the Refabricator™ which is a first-of-its-kind recycler and 3D printer. The device allows astronauts aboard the ISS to reuse plastic items they no longer need (including the foam and plastic bags used in the delivery of products to the ISS) by feeding them into the Refabricator™ which melts the plastic into 3D printing filament. After the filament cools, it is spooled onto a printing cartridge and used to create mission-critical parts, medical tools, eating utensils, and more. The Refabricator™ is about the size of a mini fridge and its manufacturing is overseen by people on Earth watching on video.

The Refabricator™ takes the ISS, and future vessels used for space travel, one step further away from dependence on Earth. When combined with other prospective technology that could allow for refueling on Mars, the idea of exploring deep space begins to seem less like pure science fiction. Not only that, being able to recycle and print parts will reduce mission costs and address the problems concerning waste management on the ISS and other spacecraft.

Here on Earth, the Refabricator™ is certainly not without its uses. A self-contained plastic recycler and 3D printer could potentially turn our used water bottles, straws, plastic bags, and more into filament that could print completely new items.

Thus far, one of the biggest difficulties of recycling plastic into 3D filament has been protecting the repurposed material from contamination while being handled and controlling the cooling process. The Refabricator™ eliminates both issues by keeping the processes of recycling, cooling, and printing in one unit. Additionally, Tethers Unlimited was able to create a unique plastic recycling process that doesn’t grind plastic and allows it to be reused over and over.

The products recycled by the Refabricator™ will ultimately be sent back to Earth where they can be examined to determine the effects of repeated recycling on the plastic. If the inspections go well, one day Refabricators™ could be commonplace on Earth and in space, providing a solution to our plastic pollution problems.

The one-of-a-kind machine boasts technology that could be of immense value on Earth as well as in deep space Late last week, the International Space...