Cannabis’ status is very much a paradox. An overwhelming number of Americans support legalization, yet it’s still not only illegal on the federal level, it’s still listed as a Schedule I drug, indicating “no currently accepted medical use and a high potential for abuse,” even though more than 70% of states have approved medical uses for the plant. Officially speaking, cannabis is more dangerous than cocaine, meth, oxycodone, and fentanyl. Yet just about everyone, including elected officials of the federal government, acknowledges that’s not true. 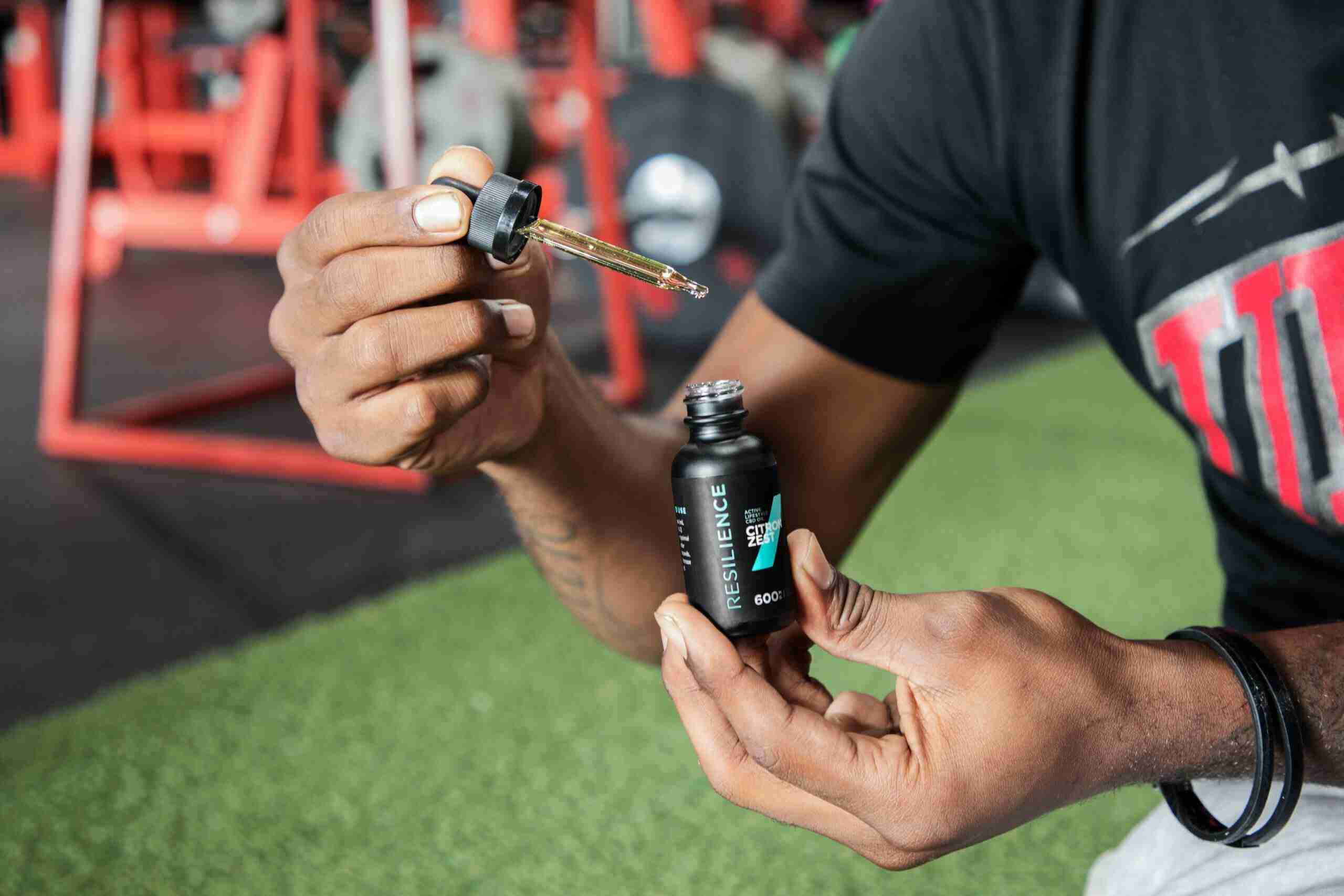 Even as it’s clear that federal legalization will happen, it’s almost equally clear that it won’t happen anytime soon. Meanwhile, in states where recreational use is legal, cannabis is a cash crop and you can buy stock in cannabis companies on the NYSE. Yet those same companies have difficulty gaining access to the federally backed banking system.

The world of sports, where athletes have a long history of cannabis use and leagues have changed their views dramatically yet still put up barriers, offers a window into how far cannabis has come and how far it has yet to go. BOSS spoke with Nick Kovacevich, chairman, co-founder and CEO of KushCo Holdings and himself a former college basketball player, about the journey.

The 1970 passage of the Controlled Substances Act brought about an official declaration of the “War on Drugs” in 1971 and the establishment of the DEA in 1973. Today, 5 in 6 Americans acknowledge it has failed, a rare subject on which conservatives and liberals essentially agree (82% of Republicans and 83% of Democrats say so). But there has been such a concerted effort to suppress cannabis use over decades that it’s not so easy to topple restrictions.

“For the last 50 years, there’s been a War on Drugs and a war on cannabis that’s been marketed and ingrained in people’s psyche,” Kovacevich said. “You’ve got this stigma that’s built up, so you’ve got something deemed by the government as Schedule I, the worst possible classification for a drug, of course these leagues are going to have it on the banned list.”

It’s common knowledge, though, that professional athletes across a variety of sports use cannabis. They use it for pain management in physically taxing jobs. They use it to treat anxiety in professions that demand elite performance under an intense spotlight. They use it to relax during rest periods in highly regimented lives.

“I remember losing a game, getting banged up, injured, and having a 6-7-hour bus ride through the night and you have class in the morning,” he said. “You use ice, you take Advil, you can’t sleep. It’s terrible for recovery. Gosh, I wish I would’ve had access to cannabis.”

As with other aspects of society, change has been and probably will continue to be incremental, Kovacevich said.

“Our country doesn’t really embrace plant medicine, so I’m not overly confident that that will change, but I think as more of a nutraceutical, yes there will be a pretty big role for cannabis and CBD and CBN, and other minor cannabinoids” to replace opiates and narcotics. 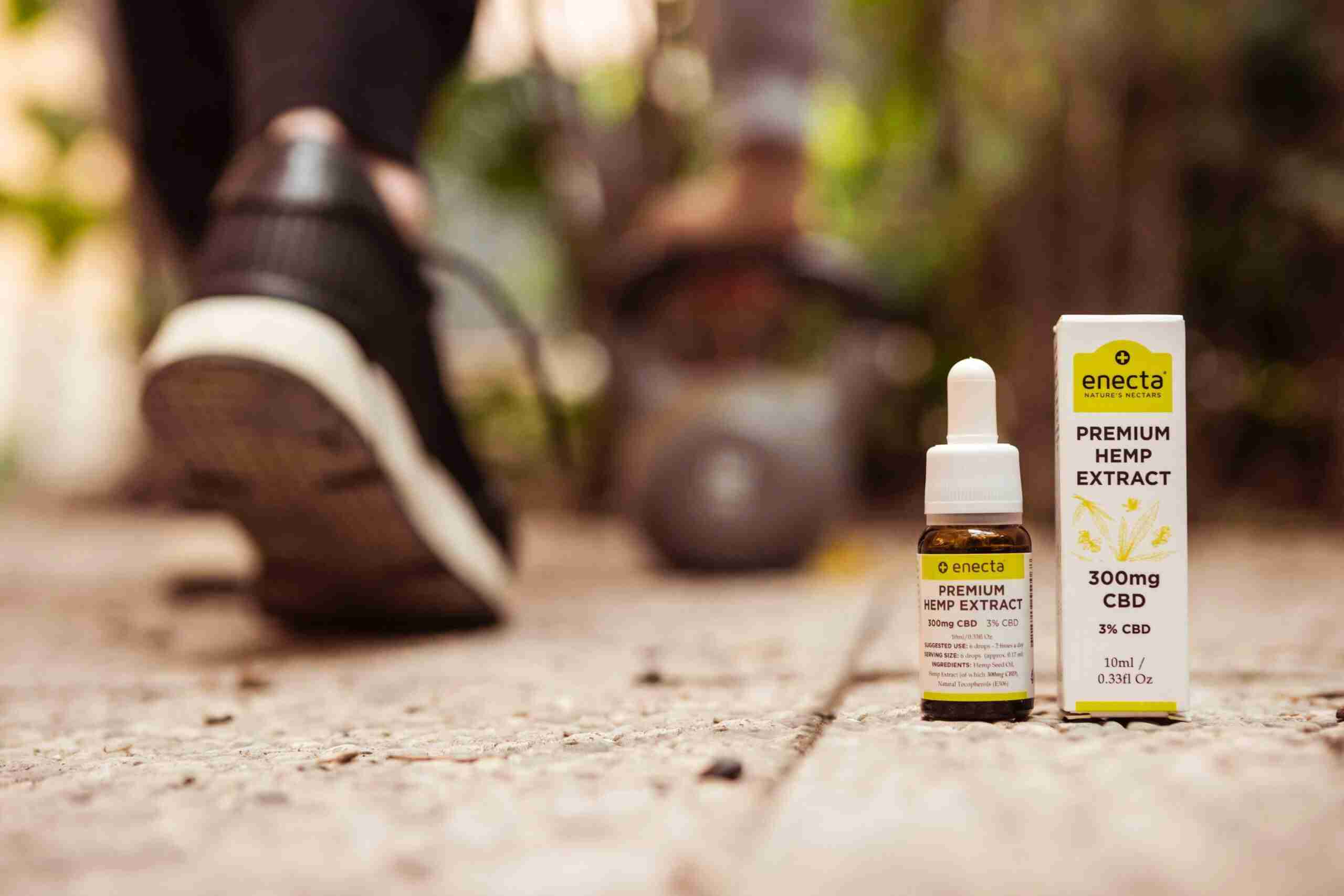 Sports leagues and anti-doping agencies are beginning to come around, reflecting a shift in societal perception of cannabis and other drugs.

For the second season in a row, the NBA will not include cannabis in its random drug testing program. Cannabis is not on the NHL’s banned list, and only if a player has “dangerously high levels” of THC in his system do disciplinary considerations begin. Major League Baseball removed cannabis from its banned list in December 2019 and added opioids and fentanyl.

Under its new collective bargaining agreement with the players’ union, the NFL now only tests for cannabis between the start of training camp and the first preseason game. The window for testing is much smaller than it used to be, although as Kovacevich points out, there’s some absurdity to still testing but letting everyone know when testing will take place.

“They know when they’re tested. They have to get off of it for a while. It’s just silly.”

The league has also raised the threshold for a positive test to 150 nanograms of THC per milliliter of urine from 35 ng/mL.

Perhaps most consequentially, players who test positive for cannabis and other drugs are not automatically suspended anymore but evaluated for potential medical treatment. Only after refusing any recommended clinical care and several positive tests might a player be suspended.

“Society’s changing not just with cannabis, but with all drugs, saying, ‘Is this an issue that police should be criminally policing, or is this something where we should get medical folks involved because people need help?” Kovacevich said.

There are still stumbling blocks, however. After U.S. 100-meter champion Sha’Carri Richardson was barred from the Tokyo Olympics because of a 30-day suspension for a positive cannabis test, the World Anti-Doping Agency announced it would review its ban. Yet when 2022 banned substances list came out, cannabinoids were still on it. 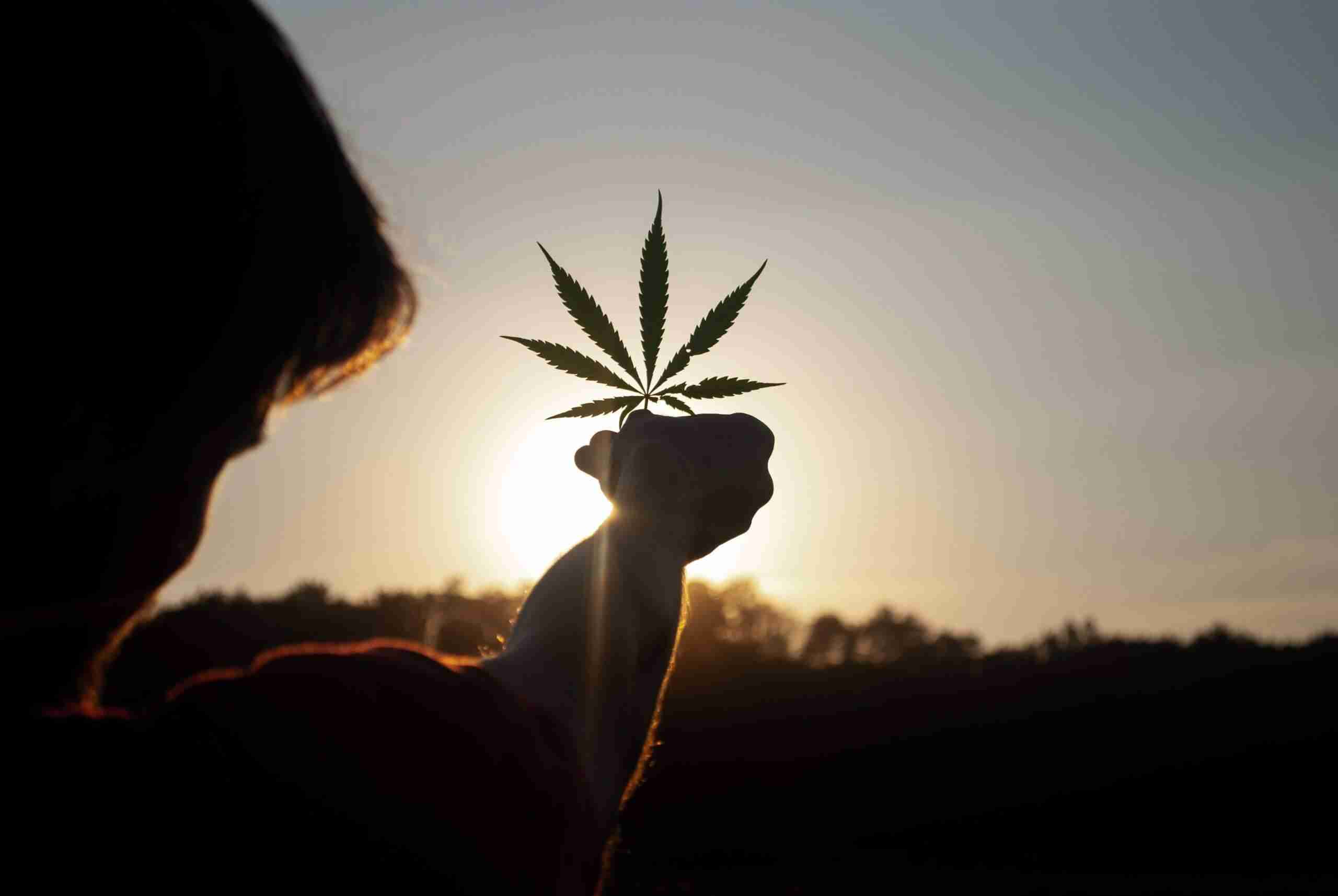 “You’ve got a lot of activity, which is good,” Kovacevich said. “It’s only pushing us toward the inevitable. Something getting done in the near term? It does seem challenging.”

Even within the cannabis industry the idea of federal legalization isn’t a slam dunk. Some businesses would lose money because of open markets and increased competition. Others worry that federal legalization would pave the way for large pharmaceutical and tobacco companies to blow up the existing model of dispensaries and state-by-state regulations.

Those big companies “want their products to be sold where cigarettes are sold. They want to see a similarly FDA-regulated model to what we’re seeing with e-cigs, where big tobacco got all their e-cigs approved but all the mom-and-pops got denied by the FDA,” Kovacevich said.

Some aspects of federal legalization would help Kovacevich’s business, while others would hurt.

“Our opinion is more about what’s the right thing to do. The right thing is to legalize cannabis, to expunge records, and to create social equity for those affected by the War on Drugs, 100%.” 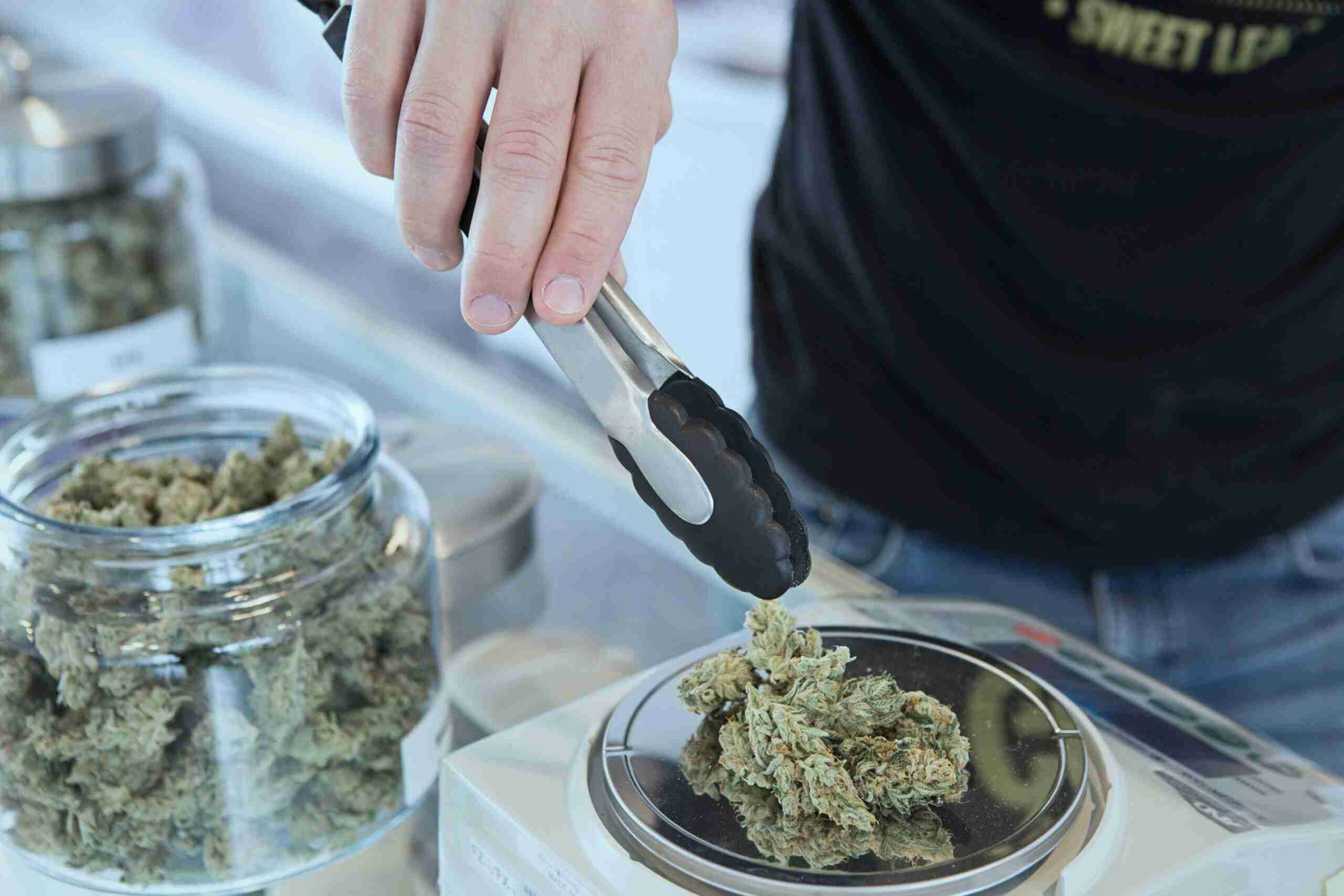 Kovacevich hopes federal legalization might put cannabis on an equal footing with drugs such as alcohol or even caffeine. At the start of the COVID-19 pandemic, cannabis dispensaries were deemed essential businesses in every state where recreational use is legal with the exception of Massachusetts. That was a win, he said.

“They were in a tough spot to say, ‘Hey, you have to close your cannabis dispensaries, but we’re going to let liquor stores continue to sell alcohol.’”

But there are still disparities.

“I have cannabis drinks in my fridge next to alcoholic drinks, and I have a 2-year-old son. The cannabis drinks have a child-resistant locking mechanism on top. The alcohol drinks don’t. If my 2-year-old son drank a can of alcohol, he could die. If he drank a can of cannabis (drink), it wouldn’t be fun, and it’d be scary, but he’d be fine. So why does (cannabis) have to be child-resistant and (alcohol) doesn’t? The opposite should be true.”

Even the sports leagues that don’t test or punish players for cannabis use prohibit them from endorsing cannabis products.

“That’s going to take a long time,” he said. “Cannabis is something that’s going to eat market share from alcohol. This industry has had 100 years and hundreds of billions of dollars to convince the American public that it’s perfectly safe and it’s something that should be done socially, in workplace settings, everywhere. They do not want cannabis to have access to that same type of marketing. … Nobody’s ready to give cannabis the same playing field that alcohol has.”

As for usage, though, policies need to reflect reality, he said. The debate over letting people have access to cannabis is a false choice. You can go to any state in the U.S. and buy cannabis easily, Kovacevich said, the difference is whether it’s been tested for pesticides and THC content, regulated, taxed, etc.

“At least 50-70% of the people that want to consume cannabis already are. … You’re not really preventing it, so the policies are stupid. If a policy is just something that is there and people are working around it, what’s the point?

“You might as well accept that fact and create policies based around that.”

As Kovacevich says, “we all know where it’s headed” in terms of federal legalization. The question is how long the race will be and which players come out on top.