We all have aches and pains. Some of us still experience the leftover results of our youthful vigor from high school sports. Others suffer from...

We all have aches and pains. Some of us still experience the leftover results of our youthful vigor from high school sports. Others suffer from chronic, sometimes debilitating joint or muscle pain from an accident or a disease. But what would your reaction be if I told you that light could help make the pain subside, or vanish completely?

Light therapy, also known as photon therapy or phototherapy, has been around since the 1960s when low-level lasers were invented. Light therapy is as easy as directing LED lights in ultraviolet and infrared wavelengths at the affected area a few times a day for a short period of time. 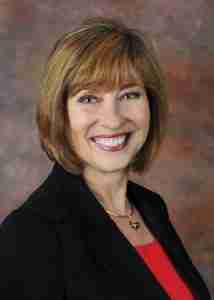 “I became interested in infrared tech in 1999 when I learned about it from a friend of mine, a doctor, who was investigating it,” shared Sherry Fox, Founder of BioCare Systems.

Fox has made it her mission since childhood to help people live a healthy life.

“I was fortunate to be part of a family that valued holistic practices when it wasn’t popular,” she said. “I was raised on whole foods and organic meals. I was taught to take care of myself, to be fit, and to exercise regularly. It was a natural progression that led me to want to help others in the same field.”

Her late husband, Joe Pecukonis, was an inventor and entrepreneur who built the first prototype for the LumiWave, then called PremIR 818, BioCare Systems’ first infrared light therapy device. He received a patent for the technology posthumously in 2002; the current iteration of the device, LumiWave, was patented and cleared by the U.S. Food and Drug Administration (FDA) in 2005.

Since then, the device has been used by the Colorado Rockies, the U.S. Olympic Training Center in Colorado Springs, numerous universities, the U.S. Naval Academy, physical therapy offices, and even patients in their own homes to help alleviate joint and muscle pain.

But how does it work? The answer is scientists aren’t 100 percent sure. So far, evidence suggests that light therapy helps the body speed up its own biochemical processes—the healing and recovery processes—by inhibiting pain signals and releasing nitric oxide, a naturally-occurring chemical in the body that can act to reduce pain. 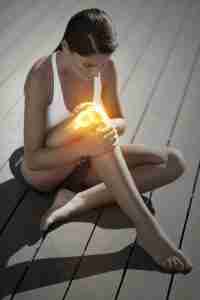 No one is as enthusiastic about this device as Fox. She shared many of her own injuries—like a break in her foot, wrist pain, a torn tendon, and chronic pain from arthritic in her hip—that were helped in the healing process by LumiWave.

“A small break in my foot healed in about two weeks—the problem with my wrist was well on its way to recovery a mere 12 days later. My hip was a much longer recovery process, but with regular use of the device, it’s been several years since I’ve had pain.”

Clinical studies have examined and proven the effectiveness of light therapy for, at the very least, temporary relief of minor muscle and joint pain, as well as sub-acute or chronic pain.

Getting a revolutionary piece of technology like LumiWave to market wasn’t the easiest process, but provided many learning experiences for Fox and her team at BioCare Systems.

“You really have to be prepared to do whatever it takes. Always put quality first, even if it takes longer and is more expensive. And this is absolutely key: surround yourself with more qualified people more qualified than yourself. Everything was a learning curve, you have to be willing to do the learning though. Listen, pay attention, and research. You absolutely have to have an unwavering tenacity.”

The patent process—which now takes about three to four years—was a merciful two and a half years when BioCare Systems first submitted its patent for the PremIR 818. To get approved by the FDA took several skin temperature tests on a number of different people of varying ethnicities, skin textures, genders, and muscle mass.

Once LumiWave hit the market though, Fox and her team wanted to find a way to lower the cost of the product so that all consumers could afford it, not just therapists and sports teams. Instead of going after venture capitalists in the traditional sense, BioCare Systems started an Indiegogo campaign aimed at funding manufacturing costs. 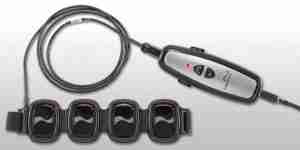 “The vision was to have a LumiWave in every home. I had heard about crowdfunding before, but it didn’t seem like a viable option in our situation. More and more people started touting it though, so we hired a consultant to help us put the campaign together.”

Fox shared that there was nothing easy about crowdfunding—the process requires a huge amount of time and monitoring, and fulfilling the campaign was a challenge in itself. After a strong marketing push, BioCare Systems had a spike in orders, and the company has since fulfilled every single order from the campaign.

Although LumiWave is BioCare Systems current focus, Fox and the company have a vision for a number of new technologies in the same field of healthcare and healing. With several new iterations of the LumiWave in the pipeline, as well as patents on post-surgical healing options for oral tissue and research into the use of LumiWave for traumatic brain injury, BioCare Systems is pushing forward with the same passion and drive Fox has had since the beginning.