The First Human Head Transplant is Coming, but is it Ethical?

At the most basic level, the world’s first human transplant of this nature will entail severing a patient’s head and attaching it to a donor...

At the most basic level, the world’s first human transplant of this nature will entail severing a patient’s head and attaching it to a donor body, both of which are placed in a state of cardiac arrest from the beginning. The procedure will require a team of approximately 150 specialists, surgeons and additional medical personnel. Though the entire procedure is expected to take about a full day and a half to complete, physicians have only a single hour to remove both heads and connect the recipient to the circulatory systems of his new host. All this comes at a cost of roughly $11 million. 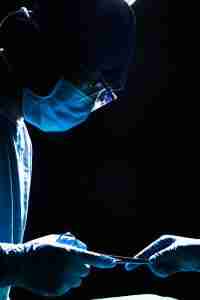 Building on the Past

In 1970, Dr. Robert White became a pioneer in this field when he transplanted the head of a Rhesus monkey onto the body of another. Hoping to take Dr. White’s initiative to the next level, Dr. Sergio Canavero with Italy’s Turin Advanced Neuromodulation Group will be co-leading the procedure currently in question. Dubbed the Heaven-Gemini project, the entire situation holds a number of implications both positive and negative.

Whether or not Dr. White’s procedure was a success is a point still very much up for debate. While Dr. Canavero insists the monkey remained alive for eight days following the transplant of 45 years ago without consequence, White’s colleague and witness to the event paints a far different picture. Dr. Jerry Silver recounts a continual string of expressions on the test monkey’s face conveying pain, fear, and utter confusion. The animal seemed to lack all understanding of basic functionality.

Dr. Canavero admits the surgery is not without its fair share of complications, noting the most prominent of these is successfully connecting the spinal cords of the donor and recipient. He states this could be effectively carried out courtesy of advancements in spinal cord fusion techniques using chitosan or polyethylene glycol as facilitators. Though this specific field could still be considered in its embryonic stages, similar tactics have been performed on rats with fairly favorable outcomes.

Experts mention full-fledged head transplants using animal test subjects have yet to be fruitful. In most cases, these animals find themselves paralyzed from the neck down following such procedures. Considering the intended purpose of the transplant is to reverse paralysis, the cure may be as detrimental as, if not more so than, the condition itself.

A Journey Filled With Hurdles

Though one might imagine finding a willing participant for the trial run of a procedure of this magnitude would be the first roadblock to overcome, a number of applicants have actually stepped forward to plead their cases. Until recently, Russian computer scientist Valery Spiridonov was named the prime candidate. Diagnosed with Werdnig-Hoffman disease as an infant, Spiridonov’s muscles are progressively wasting away due to a loss of motor neurons in the brain and spinal cord.

Dr. Canavero’s entire operation has currently been moved to China upon partnering with a team there led by Dr. Xiaoping Ren. Following this development, Spiridonov was bumped to second place and will be preceded by a yet-to-be-named Chinese candidate. Funding has also been covered courtesy of Mayo Clinic surgeon and Chief Editor of the journal Surgery, Dr. Michael Sarr.

The bigger issue at hand may be securing a host body for the procedure. Finding suitable hearts, lungs, kidneys and other vital organs for patients is difficult enough in its own right. Mounting waiting lists further complicated by donor size and blood type discrepancies are proof of this fact. Procuring an otherwise healthy body could be a significant setback going into the procedure. As is the case with any transplant, the possibility of rejection will likewise be a factor.

Moving forward, the recipient will need to be placed in a medically-induced coma for approximately four weeks following the transplant. While the newly fused spinal cord will be stimulated using implanted electrodes to foster neural connections, thwarting muscular atrophy and loss of brain function for the duration of the coma could also prove problematic. Should these issues present themselves, the physical therapy to follow may be an even more gargantuan undertaking for the patient; of course, all this is assuming the patient survives the initial procedure. 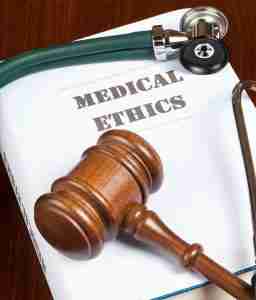 Although numerous technical aspects stand between Dr.’s Canavero and Ren and a successful transplant, the question of ethicality is not to be ignored. Arthur Caplan with NYU Langone Medical Center’s Division of Ethics is among the opposition.

“If you put a new head on the body, you are likely to create someone who is insane because the neural inputs; the chemistry will be completely different.

“The brain would be completely confused. Not only would it be unethical because we don’t have the science, it would be unethical to even think about this because of the significant risk of creating someone who would be insane, demented, or tortured.”

His theory seems validated by Dr. Silver’s recollection of the procedure performed by his colleague. Still haunted by his experiences of 45 years ago, Silver stated, “Just to do the experiments is unethical. This is bad science: this should never happen.” He also vehemently added, “It was just awful. I don’t think it should ever be done again.” 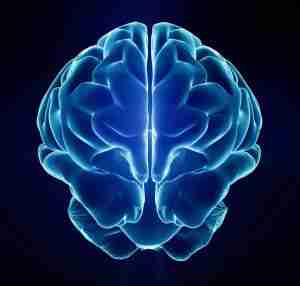 Stem cell research was once considered the potential saving grace of those with spinal cord injuries and defects. The medical world appears to have veered away from this field since a number of roadblocks have been stumbled upon, such as pain, abnormal growths at implantation sites, and little effectiveness with current treatments.

While taking advantage of legalized abortion to fuel advancements is certainly not the solution here, employing the youngest and most viable of cells found in umbilical cords immediately postpartum may lead to more feasible developments down the road.

Considerable strides have been made in the robotics arena of late. An electronic device operating on the premise of epidermal spine stimulation has successfully restored movement to wheelchair-bound patients, affording them far greater quality of life than otherwise expected.

Brain-computer interfaces have also generated noteworthy results. In one case, this type of technology enabled a monkey to operate a prosthetic limb via electrodes implanted in his brain rather than losing all functionality, and ultimately his life, as was the fate of Dr. White’s subject.

On the other hand, history’s Dr. Voronoy undoubtedly had his fair share of naysayers in the early 1930s before proving human-to-human kidney transplantation possible.

Regardless, the first human head transplant is set to take place in China as early as 2017. This is not science fiction: it’s going to happen.