A high-speed rail connecting Dallas and Houston is one step closer to reality after developers Texas Central inked a contract with global engineering and construction companies Lane Construction and Webuild. 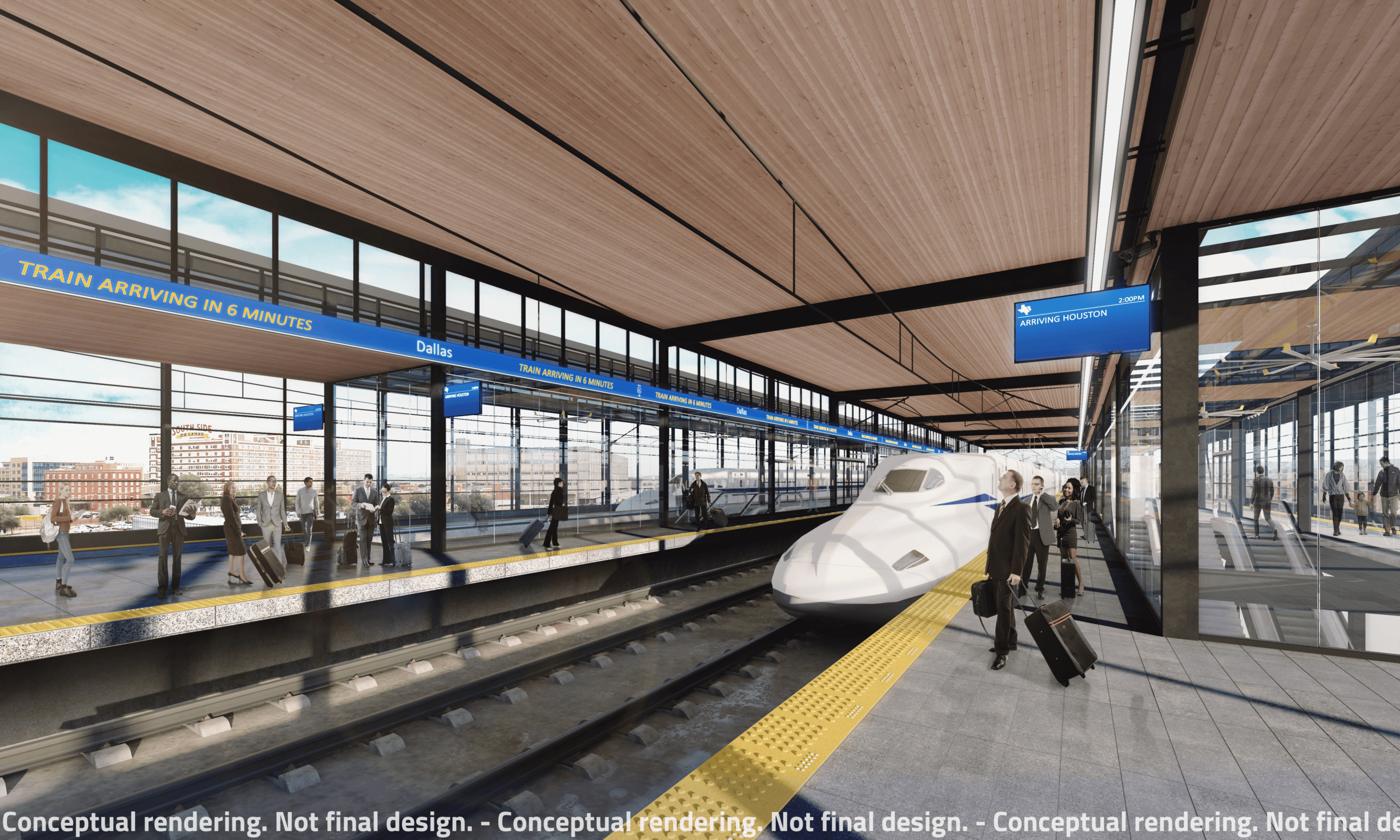 The $16 billion contract was announced on June 15 and sets Lane Construction and its parent-company Webuild up to lead construction on the proposed 236-mile track.

Webuild has completed 8,500 miles of railway and infrastructure around the globe in areas of Europe, Asia, Australia, and the Americas.

“Our goal is to put together a team of the best players in the world from each industry needed to bring this project to life. The addition of Webuild helps us accomplish that goal,” said Texas Central CEO Carlos Aguilar.

The train has been heralded by proponents as an environmentally friendly travel option with a train system capable of going 200 miles per hour and getting passengers from Dallas to Houston in around 90 minutes.

“We are excited to be part of this historical project that will bring high-speed rail to the United States,” said Lane President and Chief Executive Officer Mark Schiller. “It’s a true milestone for our country’s sustainable transportation infrastructure, and we are enthusiastic to bring 130 years of experience and expertise to the table as the contractor of choice to build it.”

The project is expected to create around 17,000 direct jobs, 20,000 jobs related to various supply chains and 1,400 permanent jobs once the train is in service.

Construction is expected to last six years and will have a positive economic impact of $36 billion dollars over the next 25 years, according to officials.

Opponents of the rail project include organizations ReRoute the Route and Texans Against High-Speed Rail, which claim it will have negative effects on the environment, public safety, lead to loss of private property and question its financial viability.

“As individual Texans, we may not feel that we have the means or reach to coordinate a state-wide grassroots effort, engage lobbyists or attorneys, or push back against a $20 billion project, but by being a part of a unified group, Texans Against High-Speed Rail, you can help stop high-speed rail in Texas,” reads part of a statement on the Texans Against High-Speed Rail organization website.