You Can Pre-Order Your Own Tesla Solar Roof Tiles Now

Here’s everything you need to know about Tesla’s Solar Roof tile systems and their “infinite warranty.

Here’s everything you need to know about Tesla’s Solar Roof tile systems and their “infinite warranty.

This week, Elon Musk announced in a tweet that Tesla will officially begin taking orders for their innovative roof tiles.

Tesla solar glass roof orders open this afternoon. I think it will be great. More in about 10 hours …

After months of anticipation following Musk’s showcase of the designs, excited responses followed the news that Tesla Inc.’s Solar Roof tile systems finally were making it to market.

We’ve compiled all the details released so far regarding Tesla Inc.’s Solar Roof tiles below:

Solar roof can be ordered for almost any country. Deployment this year in the US and overseas next year.

On Twitter, Musk clarified that Tesla will do its best to include Canada in this year’s delivery and installation of orders.

The first version of tiles available for pre-order are “Black Glass Smooth” and “Textured Black” designs. Tuscan and French slate versions are slated to be offered in about six months, reported TechCrunch.

Affordability
Tesla now has a website up for potential customers to calculate the cost of their solar roof tiles.

According to Consumer Reports, in order for Solar Roof tiles to be cost competitive, the price for an average size U.S. home needs to be less than $24.50 per square foot. Tesla reported that based on that research, the cost for the homeowner is estimated to be $21.85 per square foot.

With data derived from HomeAdvisor and Homewyse, Tesla estimates that their solar tiles will cost more up front. However, they will pay themselves off in time, with the value of energy they produce and the reduction of a home’s electricity bill. 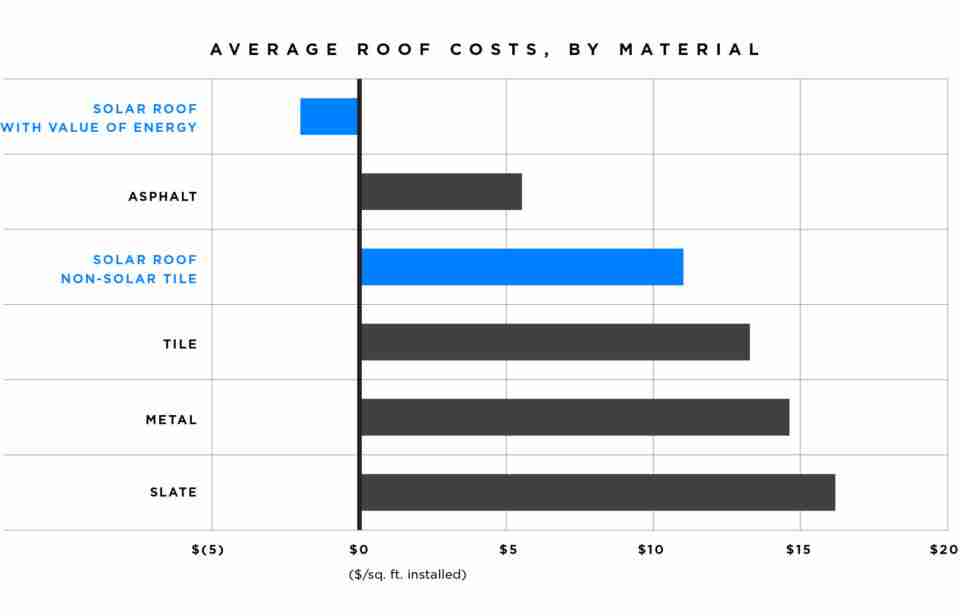 Lifetime Warranty
That’s right, according to the Tesla website, their “glass solar tiles are so durable they are warrantied for the lifetime of your house, or infinity, whichever comes first.”

It is certainly significant that Tesla is able to offer such a robust warranty, considering the suggested lack of cost efficiency regarding renewable energy. 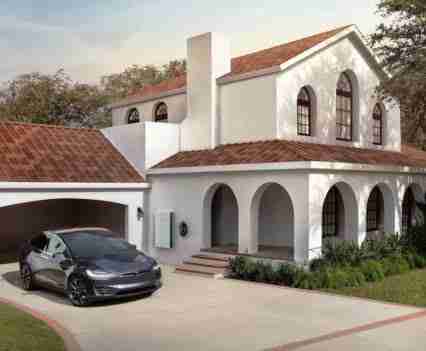 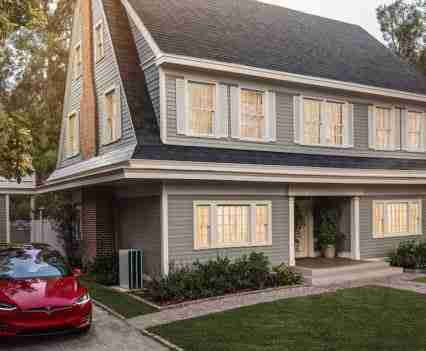 They were allegedly better looking than standard roof designs—transparent to solar, while appearing opaque at an angle.

What also makes these panels so unique is their incredible durability.

Tesla went as far as putting their panels to the test against traditional roof tiles to see which could better withstand the highest hail rating.

Powerwall
The Solar Roof also comes equipped with the Powerwall battery, allowing the use of solar power “whenever you choose and providing uninterrupted electricity during grid outages.”

The Powerwall—the second generation of which saw strong pre-orders for 2017—is integrated into the company’s strategy to offer all-electric power and home energy storage systems.

According to Greentech Media, Tesla encourages customers to get the Powerwall with Solar Roof tiles—adding a cool $7,000 to the grand total:

“We recommend that every Solar Roof be installed with a Powerwall battery to enable you to use more of the solar power your roof produces and keep your home running during a grid outage. In states that do not have Net Energy Metering policies, we estimate and recommend a number of Powerwalls that will enable you to realize the full benefit of the energy your Solar Roof produces.”

The efficiency of solar roof tiles is equivalent to a standard solar PV module, according to Peter Rive, CTO of SolarCity.

American Made
Echoing President Donald Trump’s initiative to bring jobs back to America, Musk is fulfilling his role as economic advisor by keeping all production of the solar roof tiles in the U.S.

Tesla will collaborate with Panasonic in manufacturing the panels at Tesla’s Fremont solar plant in California and then move entirely to its new factory in Buffalo, New York.

The solar division derived much of its support from the Tesla team, specifically, the development of electrical connectors, explained Tesla CTO JB Straubel. He added that it’s “a very different approach to manufacturing solar modules.”

Up First: California
Currently, Tesla requires a $1,000 down payment to reserve a system. Installations will be conducted on a first come, first served basis.

Initially, the tile systems will only be available to California homeowners, but, based on demand, there are plans to expand nationwide.

“Installations will start in June, beginning with California and rolling out to additional markets over time. When Solar Roof is rolled out in a particular market, Solar Roof customers will be installed based on when their order was placed,” Tesla said.

According to Bloomberg, Tesla will handle the entire process of installing solar roof tiles: removal of the existing roof, maintenance, permits, and design. Full installations are estimated to take about a week.

Tesla’s Solar Roof tiles will undoubtedly facilitate the movement toward a more sustainable country. We will keep you posted on the latest updates.