In the near future, Tesla could be the triple leader in the electric car, battery, and solar markets, of course with the help of SolarCity.

In the near future, Tesla could be the triple leader in the electric car, battery, and solar markets, of course with the help of SolarCity.


Nothing seems impossible for the man named Elon Musk.

The 45-year-old’s ambitions are as high as the sky, like his goals to conquer Mars, create high volume affordable electric cars for the masses, create ten times safer self-driving cars, and/or become the world’s biggest provider of solar power.

Currently focusing his energies on Earth, Musk’s Tesla—an automaker and an energy storage company—acquired SolarCity, the largest home solar panel installer in the U.S., for $2.6 billion in November.

Musk, Chief Executive at Tesla Motors Inc.—is also chairman of SolarCity and the largest shareholder of both companies. He is also the CEO of Space Exploration Technologies, a trustee of the X Prize Foundation, and the Musk Foundation.

Musk’s “Master Plan,” which he wrote in July, discusses his grand vision to create an integrated solar company whose products will help customers to generate electricity, store it and use it to power both their homes and cars without the use of fossil fuels. SolarCity is essential in helping Musk achieve this goal.

“Provide solar power. No kidding, this has literally been on our website for 10 years,” said Musk.

“A combined Tesla and SolarCity will provide the first-ever opportunity to generate, store and consume energy entirely sustainably, through a suite of integrated products that add aesthetics and function while reducing cost,” Tesla additionally described in a blog post.

“By leveraging SolarCity’s installation network and Tesla’s global retail footprint, we can do this in a way that is seamless for our customers and that we expect will create significant value for our shareholders.”

One-Stop Shop
Musk wants Tesla showrooms to be a one-stop shop for his customers where they can buy their car as well as home battery storage from the company, and solar from SolarCity to power the devices just as they charge their cell phones. 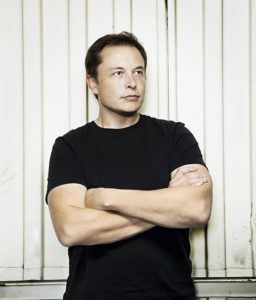 The Challenges Ahead
The Tesla-SolarCity deal has been receiving mixed reactions since it was announced in June. Investors have questioned why Musk would want to combine his not-so-profitable electric car-making company with an unprofitable solar company.

Both Tesla and SolarCity require a lot of cash to operate to make this deal successful. Competitors like Vivint Solar have begun to perform well if not better than SolarCity.

Tesla’s hands are also full currently as it’s preparing to launch its first mass-market car, the Model 3 Sedan, expected to hit the market at the end of 2017.

Not to forget his responsibility as a chief executive of SpaceX, his rocket venture. Tesla is also working on developing a battery factory in Nevada.

Donald Trump’s plan of supporting the use of fossil fuels could become a roadblock for Tesla to achieve its renewable energy production ambitions.

“Elon Musk is clearly a force for change, but we think TSLA shareholders will see rewards delayed,” Efraim Levy, an equity analyst at CFRA Research said about the deal.

A Challenging but Worthwhile Acquisition
It may be true that Tesla won’t see immediate benefits from this deal but Musk is in it for the long run. He recently hinted that SolarCity would generate $1 billion more in revenue than Tesla next year and add $500 million in cash to Tesla’s balance sheet over three years

“I think your faith will be rewarded,” Musk simply said to all the investors, analysts and shareholders who sounded skeptical about the deal.

The first product to come out of the partnership is likely to be the glass solar roof panels showed off by the company in Hollywood last month.
Tesla’s new solar rooftop will convert sunlight into power for your home and your electric car.

“So, the basic proposition will be: Would you like a roof that looks better than a normal roof, lasts twice as long, costs less and —by the way—generates electricity?” Musk said. “Why would you get anything else?”

Musk hopes to roll out the new solar panels beginning with California, next year.
Projects After the Acquisition
Soon after the acquisition, came the news that Tesla and SolarCity powered an entire island in American Samoa called Ta’ū, with nearly 100 percent solar energy deploying 5,300+ solar panels and 60 Tesla Powerpacks. Earlier, the island was powered by diesel generators, with costs for power generation exceeding $8 million every year.

Tesla and SolarCity have started installing solar energy systems in the Orlando, Florida. The project hopes to employ more people locally and eventually expand to the other parts in the state.

Tesla and SolarCity may not have it easy in the short run considering the political climate and financial concerns but considering the huge size of the energy market and the growing significance of climate change, it simply makes sense to invest in renewables and solar.