The Tesla Semi Truck unveiling showcased vehicles that are guaranteed to run for a million miles without breaking down.

The Tesla Semi Truck unveiling showcased vehicles that are guaranteed to run for a million miles without breaking down. 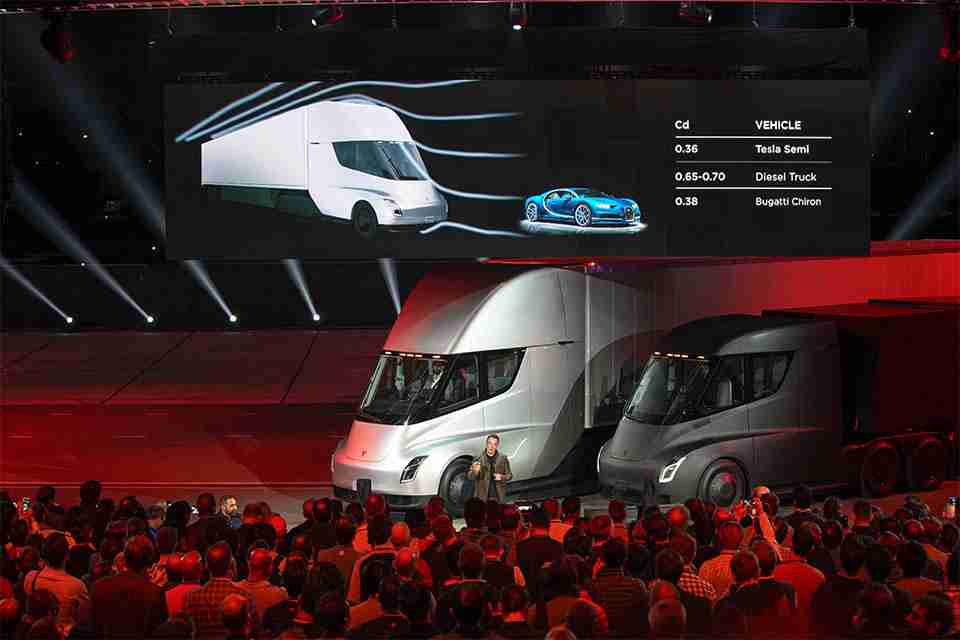 There’s nothing like a crowd rushing its team after the end of a tough-won game. Elon Musk created this atmosphere at the unveiling of the electric Tesla Semi Truck November 16th at SpaceX’s Hawthorne, as he allowed the audience to jump over barriers and rush to check out not one, but two new vehicles.

Here’s a breakdown of what you can expect from the Tesla Semi Truck when it starts production in 2019.

The Tesla Semi Truck Performs Better Than Most Cars. 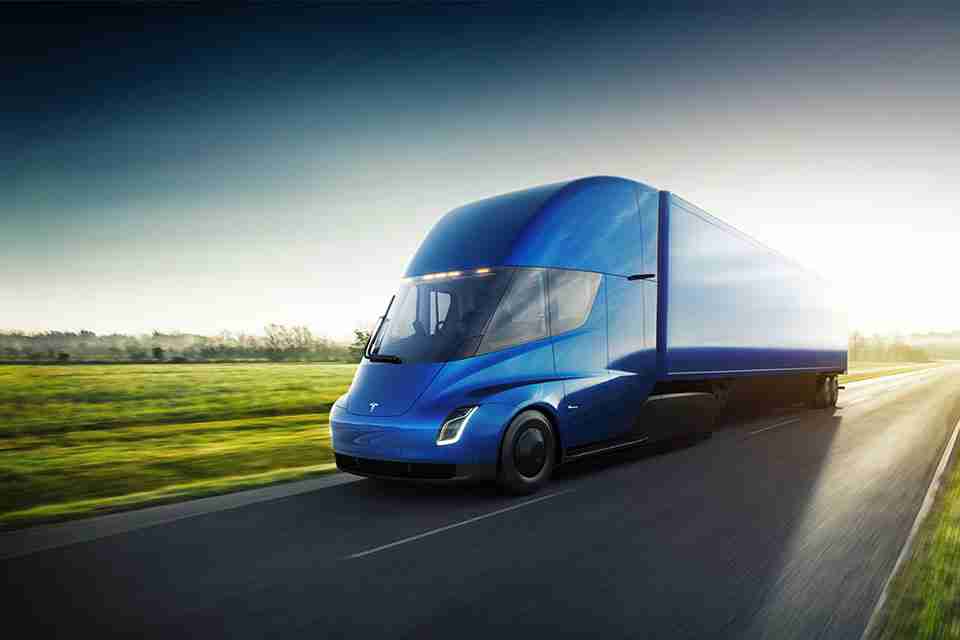 The Tesla Semi Truck can go from zero to 60 in five seconds. Try to imagine the semis currently on the road pulling that off—Musk even shared that it takes a regular diesel 15 seconds to get up to speed. Even at its maximum cargo weight—80,000 pounds—it can go uphill at 65 mph at 5 percent grade. And, the kicker: Musk said that it comes with a guarantee that the Tesla Semi Truck won’t break down for one million miles. 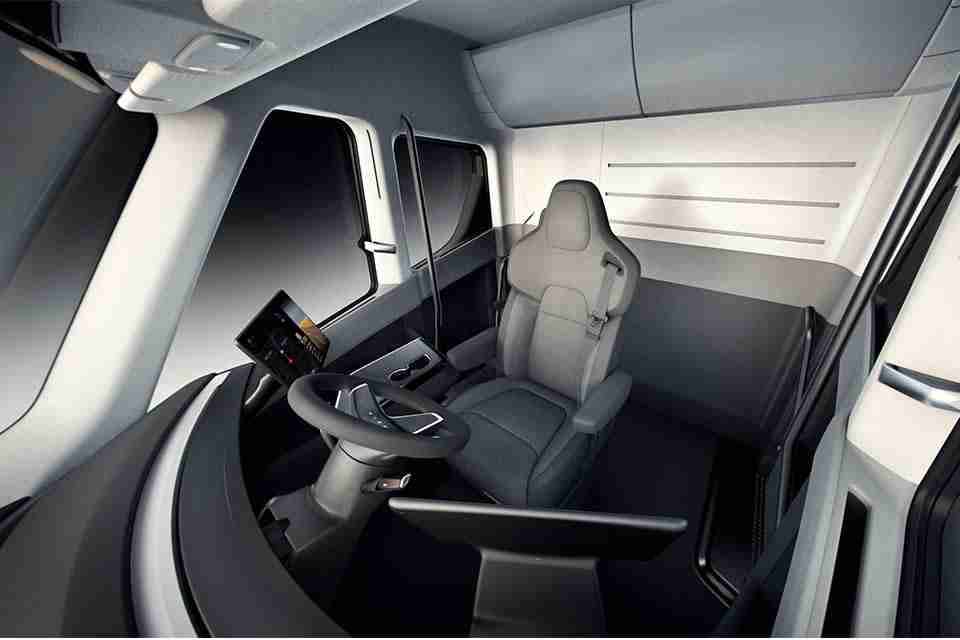 The team at Tesla designed this particular truck like a bullet to decrease drag, with Musk stating that it has a better drag coefficient than a Bugatti. The bottom is completely flat. It has four independent motors, one located on each wheel. Musk shared that this makes jack knifing impossible.

One of the biggest changes that might take drivers some getting used to is that the driver sits in the center of the cabin. Oh, also the brake pads last forever, with them creating energy with use.

Also, it will be able to drive itself, on a highway at least. 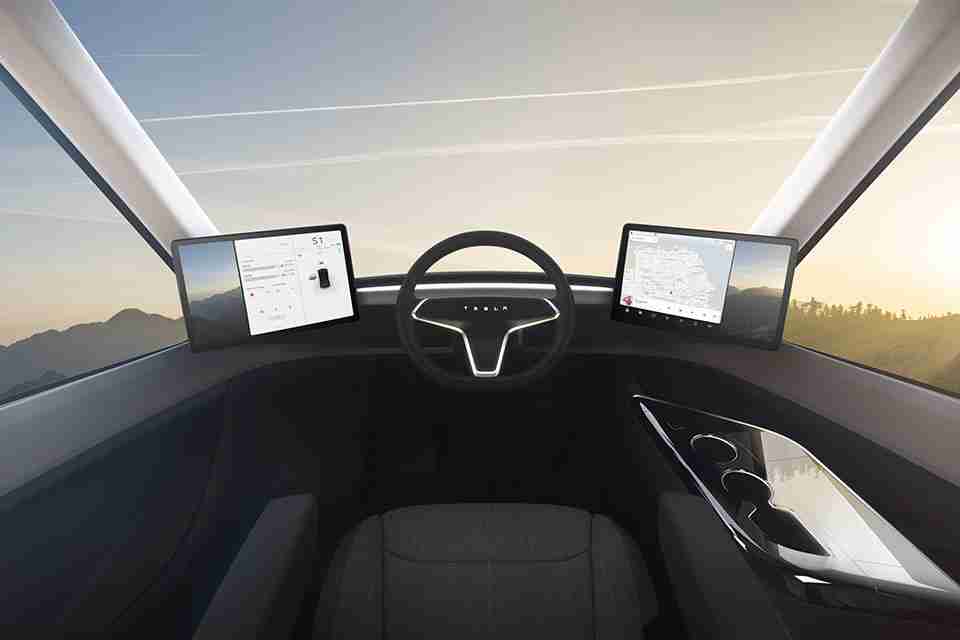 The carbon fiber exterior complements the bullet-like design. The cab is six and a half feet tall, meaning there’ll be no crouching when moving around. Two 15-inch touchscreens on either side of the driver allow for easy access to navigation, data logging, and blind-spot monitoring.

The thing’s even got suicide doors, people.

It has a Decent Battery Life

Musk shared that it can make it 500 miles between charges.

It can Survive a Nuclear Explosion. 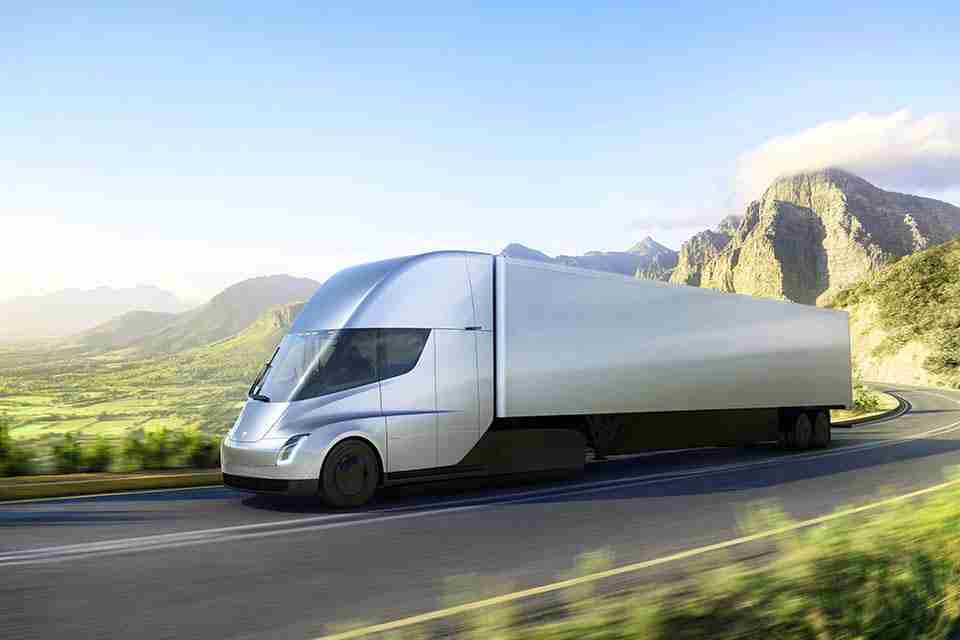 At least the windshield can. So in case of an alien invasion a la Independence Day or WWIII, truck drivers are good.

The battery is reinforced so that, in case of an accident, it will not explode or catch fire. Onboard sensors can help the driver adjust power to individual wheels to keep the semi truck in line.

It Passes the Cupholder Check

Like any mom and dad buying a minivan, this semi truck meets and exceeds the cupholder check. It has four, and, more importantly, storage for the driver in overhead bins. 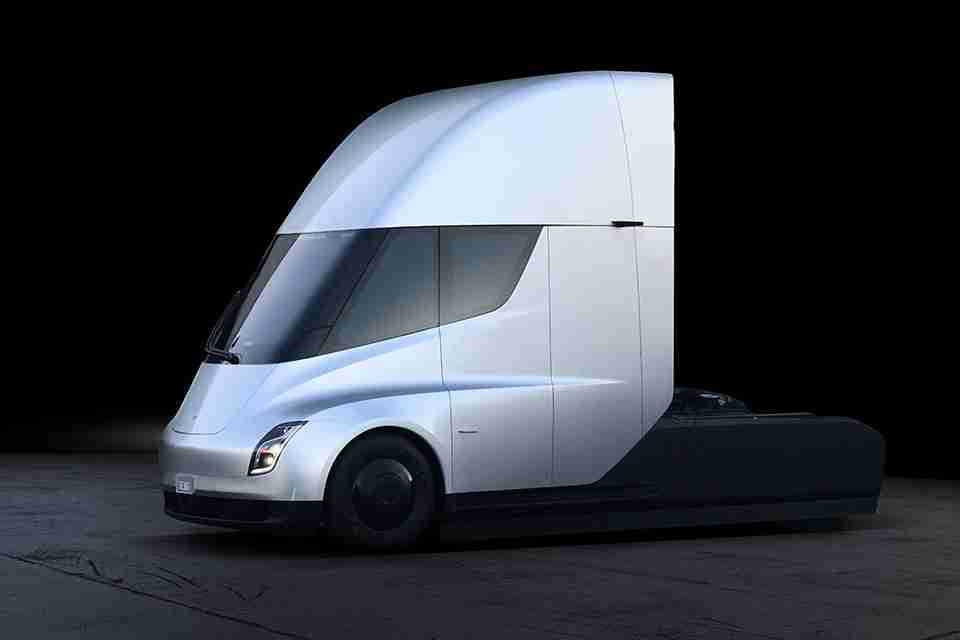 There are a lot of players moving into the electric trucking space. Not a single one has the clout, however, to revolutionize the industry at the speed we’re seeing from Tesla. Truckers are a tough sell, though. They are not interested in early adoption or the cool factor.

Truckers will be considering total cost of ownership. Musk said the money lines up though: On 100-mile routes, the Tesla Semi will cost just $1.26 per mile to operate, compared to $1.51 for diesel trucks. We’ve got a while before we get to production, so it will be interesting to see how many are preordered before then.

UPDATE: Preorders Are Rolling In

It looks like many major U.S. companies are looking to catch up to their European competition and have invested in bringing electric transportation of goods to the home front. Below is a list, in alphabetical order, of the companies that have, to this point, placed a preorder for the new tech.