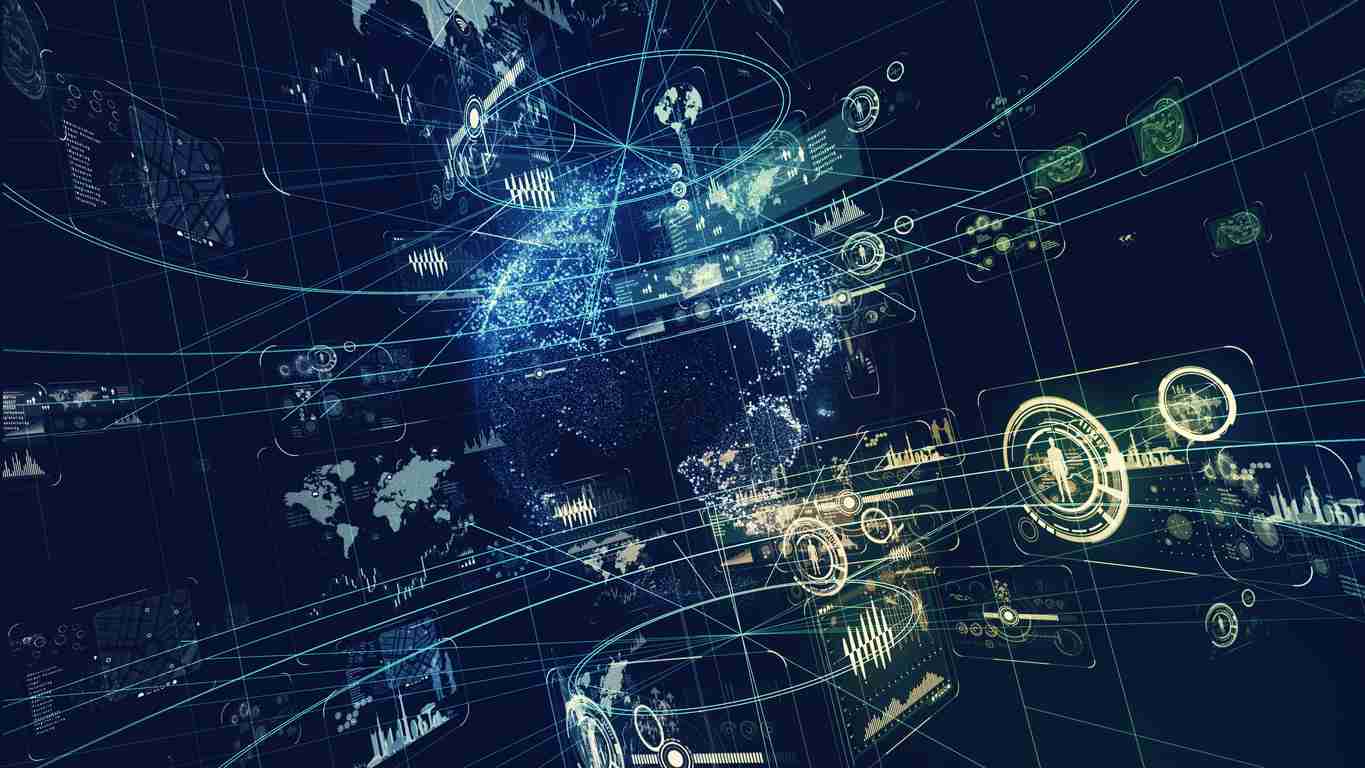 The technology industry is arguably one of the most competitive sectors to be in, as the pressure is on for companies to push for the latest innovations that will make tasks faster, more efficient and accurate.

Competition in technology is also widespread, impacting a number of different businesses. The  are an example of this, as they all provide a variety of services, from browsing the web, staying in contact with friends online, communicating using the most impressive gadgets and ordering practically anything we want with just a few clicks or swipes on our devices. While the likes of Facebook, Apple, Google and Microsoft are the most successful tech companies in the world in the present day, they are aware they need to work to maintain their position and stay at the top of the leaderboard by acquiring businesses.

In order to remain at the forefront in their industry, tech giants are investing staggering sums of money to future proof their business in what can be an uncertain world of technology, where there remains an endless amount of research and improvement to discover. With nobody safe, the biggest tech players are acquiring a range of companies to boost their portfolio and increase their market share, all in order to stay at the top of the game,

But who is leading the way in the mission to acquisition in the tech industry? RS Components have created a graphic to reveal the acquisitions of the biggest tech giants over the last decade to see who is making the most effort to remain at the top of the sector.

The companies that have acquired the most businesses in the last decade are:

Over the last decade, Google has emerged as the clear leader of the industry when it comes to acquisitions, with a whopping 182 businesses purchased. This figure is over double any other company including Microsoft, Apple and Facebook. Google’s acquisitions are three times greater than Jeff Bezos’ Amazon.

Over the last 10 years, Google has acquired a breadth of businesses, from Waze – the mobile navigation app, to Eyefluence – which has developed the first eye-interaction technology for AR, VR and MR devices. The most expensive business Google acquired was back in 2012 with Motorola Mobility which they purchased for a mind-blowing $12.5 billion. YouTube was the third biggest to acquire at $1.7 billion.

Google is acquiring companies from across the world, with one of the most recent businesses acquired providing train updates in India, named Where is My Train, purchased in December last year. The variety and steady acquisitions Google has made in the last decade have paid off with them positioned way beyond the rest of their other tech giants.

In second place is Microsoft with 89 companies acquired in the last decade. In 2018, Microsoft lead the way and purchased the most companies at 16, whereas Google acquired 9. In third is IBM at 87 and Apple at 81.

Since 2009, Microsoft and many other companies have significantly increased the number of companies they acquire each year showing the importance of doing this to stay at the forefront of the industry. Interestingly, Google’s acquisitions each year have ranged quite significantly with the highest figure being in 2014 where they purchased 31 companies, to the minimum which was 7 in 2009. What has made Google take the crown then is how early they were at investing in other companies, as companies such as Facebook, eBay and Twitter acquired just 1 company in 2009, compared to Google’s 7. The results speak for themselves and show Google to have been one step ahead of the rest of the industry in its acquisitions.

Who will be leading the mission to acquisition in the next decade? 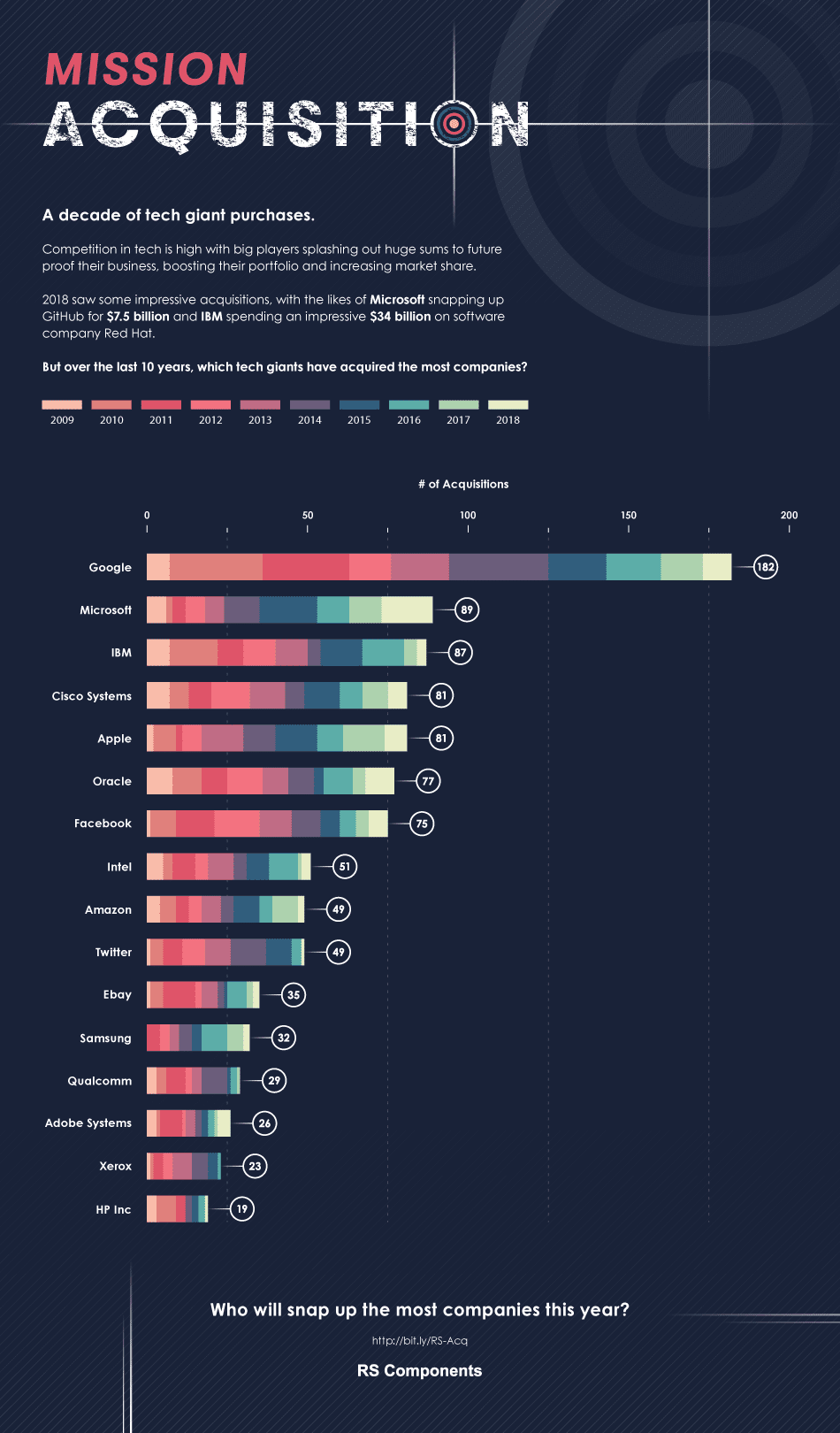