Team Tactile’s device could revolutionize the product market for the visually impaired.

Team Tactile’s device could revolutionize the product market for the visually impaired. 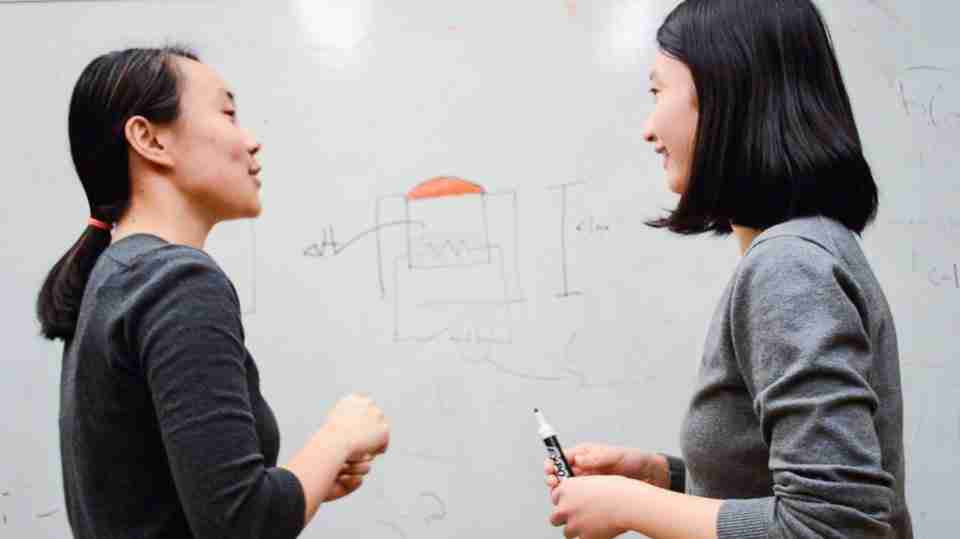 Chandani Doshi loved solving puzzles as a kid. Grace Li wanted to know how the world worked. To Jialin, there was magic in amusement park rides. Charlene Xia loved building remote control cars. Bonnie Wang learned English thanks, in part, to math and science textbooks. Tania Yu has always been interested in math and science.

Together, this incredible lineup of women is responsible for Tactile, the first portable, real-time text-to-Braille converter. The team met and became friends at MIT long before their fateful decision to pursue this groundbreaking technology.

Doshi, Li, and Shi are mechanical engineering majors; Xia and Yu are in electrical engineering; and Wang is in material sciences. As all six members of the original team graduate from their respective programs, their attention now turns to their award-winning idea.

Now the big question is can Tactile make it to market? 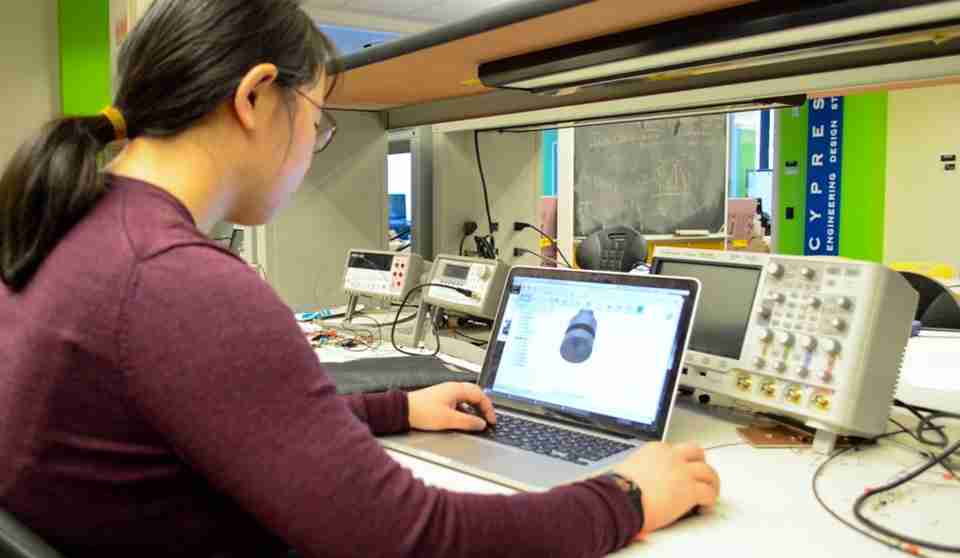 Tactile, then Team 100% Enthusiasm, came together at the 15-hour MakeMIT hackathon in February  2016. Shi spurred the idea for Tactile after seeing a watch that displays Braille on a tech blog. Doshi, too, had worked on a program in which she was doing app development at a blind school in India. She, along with her other teammates, were inspired by the willingness of the visually-impaired children to learn despite their lack of sight.

The MIT students’ text-to-Braille converter seemed like a good fit for the competition.

Finishing the hackathon was a close thing. The team came into the competition knowing what they wanted to build, but it wasn’t until the last minute that they had a working concept, albeit held together with tape. The device still took first place.

We asked Tactile team member Bonnie Wang to give us a breakdown on how the technology works.

“The end goal is a portable device that you place on the block of text you want to read. The user hits a button, converting the printed text to Braille, displaying the translated text in Braille on the top of the device,” she said.

The camera in the device captures images of the words, sends the image to a microcontroller, which then performs text recognition. That information moves the pins up and down at the top of the device.

There are refreshable Braille displays on the market currently, however these only read electronic documents. The user has to scan the documents themselves and store them on an SD card.

“It’s an inconvenient process and not streamlined at all. The function we’re going after is not available on the market right now,” she continued.

Braille by the Numbers 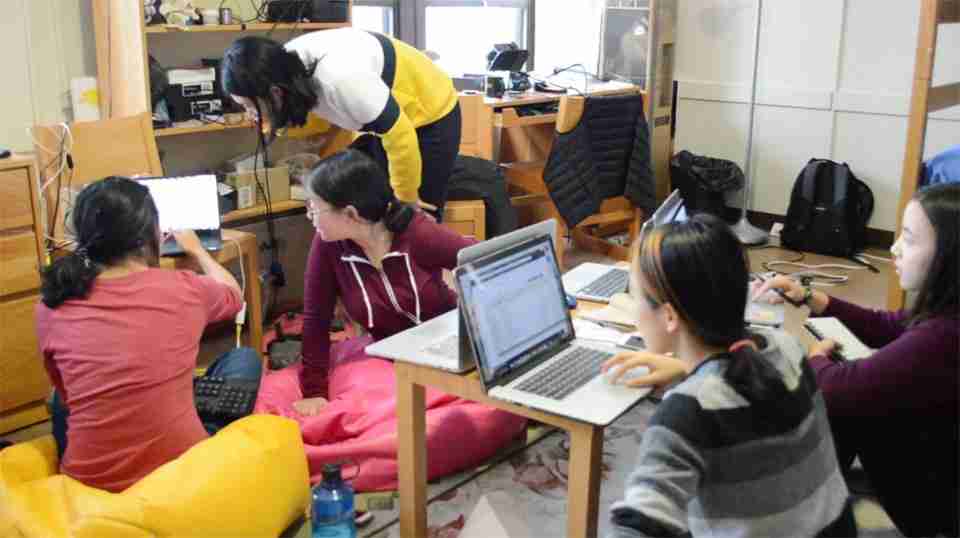 The National Federation of the Blind’s (NFB) 2009 report detailed the disheartening truth about Braille  in the U.S. At the time of the report, fewer than 10 percent of the 1.3 million people who were legally blind were Braille readers. Even more devastating is the mere 10 percent of blind children who are actively learning Braille.

Although part of the literacy drop can be attributed to the surge of text-to-speech software, much of it hinges on the fact that there isn’t enough literature produced in Braille, nor is there a convenient way to translate what isn’t.

The NFB’s proposed solutions include requiring certification in Braille for special education teachers and educating the U.S. population that visually impaired people have a right to Braille literacy. Tactile helps address the NFB’s other proposed solutions, specifically advancing the use of Braille in current and emerging technologies.

Tactile isn’t just filling a gap in the market. This team has the potential change the quality of life for those who are visually impaired.

An estimated 285 million people are visually impaired globally, and 39 million in this subset are blind according to the World Health Organization (WHO) survey in 2014.

A stunning 90 percent of the world’s visually impaired live in low-income settings.  The main causes of moderate and severe visual impairment—uncorrected refractive errors and cataracts—can be prevented or cured if caught soon enough.

Tactile Brings Hope
Although vision care is improving the world over, governments and health organizations just aren’t working fast enough. You would think, then, the market would be flooded with products and tools to help those who are visually impaired connect with the world around them. Unless you’re pretty well off, however, most of these tools are out of reach.

The potential affordability is a big draw for Tactile, and many people are rooting for its success. The price of current Braille displays ranges from $3,500 to $15,000 depending on the number of characters the device displays. A more accessible, affordable, and portable product is needed to disrupt the industry.

Through cheaper materials and an easier manufacturing method, Team Tactile is hoping to bring their product to market for $100 to $200. This could go a long way to drive down prices in the marketplace while hopefully open up more competition.

Tactile isn’t just for books, either. Pamphlets from a doctor’s office, prices on food at a grocery store, and thousands of other touch points of communication open up with the success of a product like Tactile.

The product Team Tactile hopes to introduce to the market is iPhone-sized. 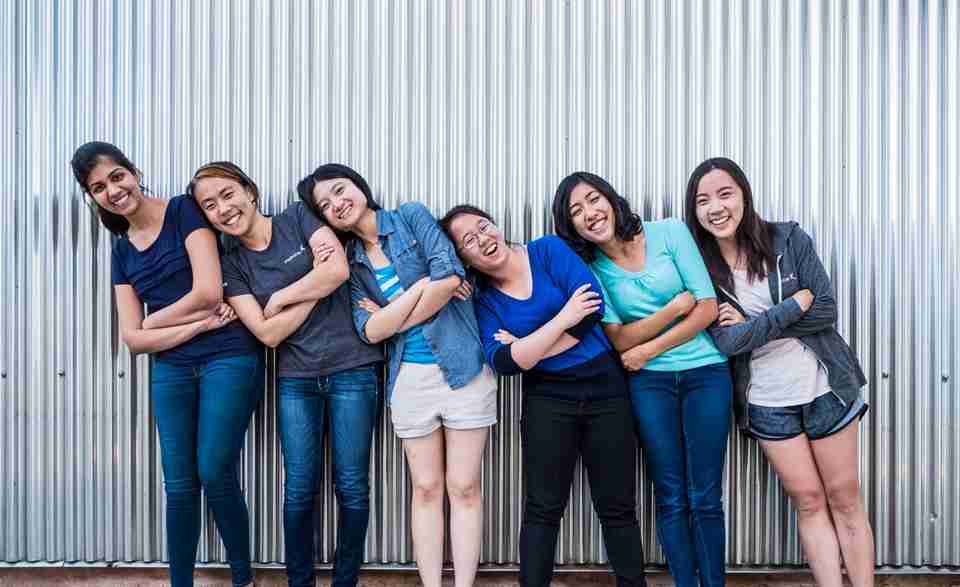 Part of the team is working full-time on the development of Tactile post graduation, while the other half chips in part-time.

“One of the biggest challenges has been balancing classes, homework, and Tactile,” Wang shared. “But everyone we’ve reached out to for guidance has been incredibly supportive. We’ve gotten a response for every question we’ve asked. It surprised us just how willing people were to help.”

The group found support from within as well.

“It’s great that we are doing this as friends. We know each other really well, support each other, and, most importantly, know when to stop pushing,” said Yu.

Of course, emotional support is important when trying to get a product off the ground. Media support increased with Microsoft’s partnership. Today, Team Tactile is actively pursuing financial support.

“While in school we applied to competitions to gain recognition and funding,” Wang said. “It’s a different landscape after graduation. We have several interested investors, and we have a submission form on our website for anyone that is interested in financially backing the project.”

Although Team Tactile wants to push the device to market as fast as possible, it’s going to be at least another year or two of research and development before the prototyping stage starts. When Tactile does hit the market, however, expect big waves.

And, ideally, we wouldn’t call attention to the fact that six women of different ethnicities and backgrounds make up Team Tactile. In that world, STEM and other places of research and work are gender-balanced and diverse, and a group of women making breakthroughs in science and math-intensive fields will be commonplace.

Since we haven’t reached that goal yet, the women from Team Tactile have a message for all the girls and women out there who are interested in pursuing a STEM degree and career:

“The little girls who might be interested in following this path shouldn’t be intimidated by science and engineering. Yes, the majority of the field is male, but that shouldn’t stop you from pursuing what you like,” Wang said.

“It’s really important to have a community of female role models in STEM and a support group. Know you’re not alone. There are other people before you that have walked the same path and succeeded.”

Give it 10 years, and I’m willing to bet there is a new generation of female STEM students who were inspired by Team Tactile.