For Sweet Express, radical transparency is the path to success. “You really have to think out of the box when you run a trucking company,”...

For Sweet Express, radical transparency is the path to success. 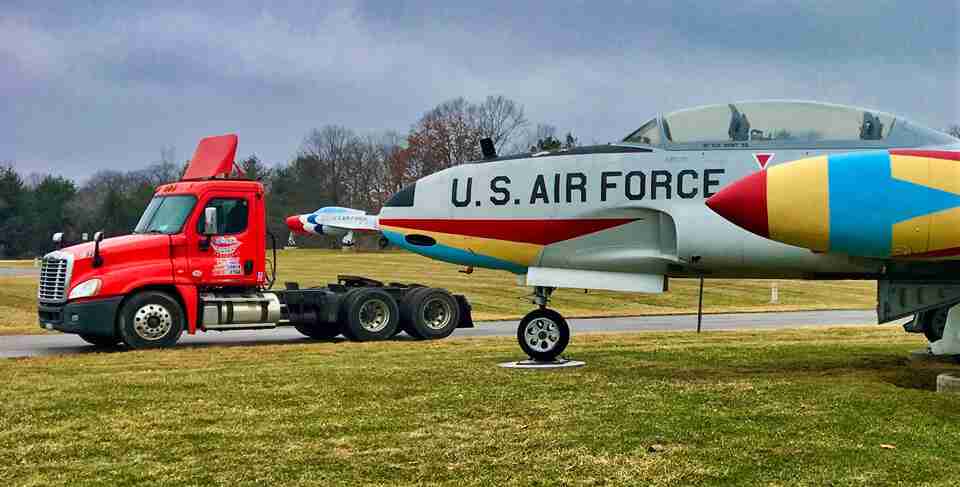 Those times are right now. Competition for a vastly reduced network of shippers is at an all-time high, rates have fallen through the floor, and transportation firms without strong roots are certain to vanish. That said, in the midst of uncertainty, the company Damir founded with his brother Jasmin isn’t just surviving—it is thriving. In 2019, one of trucking’s worst years in recent memory, Sweet Express grew its truck count and revenue by 30%.

For the Vidinlic brothers, delivering loads on time and in ideal condition is a bare bones baseline far from sufficient to ensure success. They are driven to provide the sweetest possible experience for their customers, employees, and suppliers, and that takes a lot more than just showing up—especially now.

They founded the firm in 2003 with a single truck. Today, Sweet Express boasts five sister companies, 1,000 pieces of young equipment, and an 84-person office staff. Offering truckload, less-than truckload, lift gate, and expedited services, the Grand Rapids, Mich.-based firm has its own brokerage, Sweet Logistics, as well as its own repair organization, Sweet Repair.

“Omni Transport is another trucking company that we purchased in 2009 when nobody was buying anything,” Damir reported. Omni’s market presence and an impressive client list made them a perfect match for the fledgling firm. “Western Michigan is a very tight community, so if you don’t already have customers, getting new customers can be incredibly tough. We were thinking outside the box, so we bought the company and kept the name,” he added.

“When nobody was buying anything during the recession, we spent everything we had,” he continued. “In 2016 we bought another company, Speed Express, that had 80 trucks. Last year was very bad for trucking, but we bought another company that had 65 trucks. We think a little differently and have an incredible team of employees and decision-makers that come together and help.” 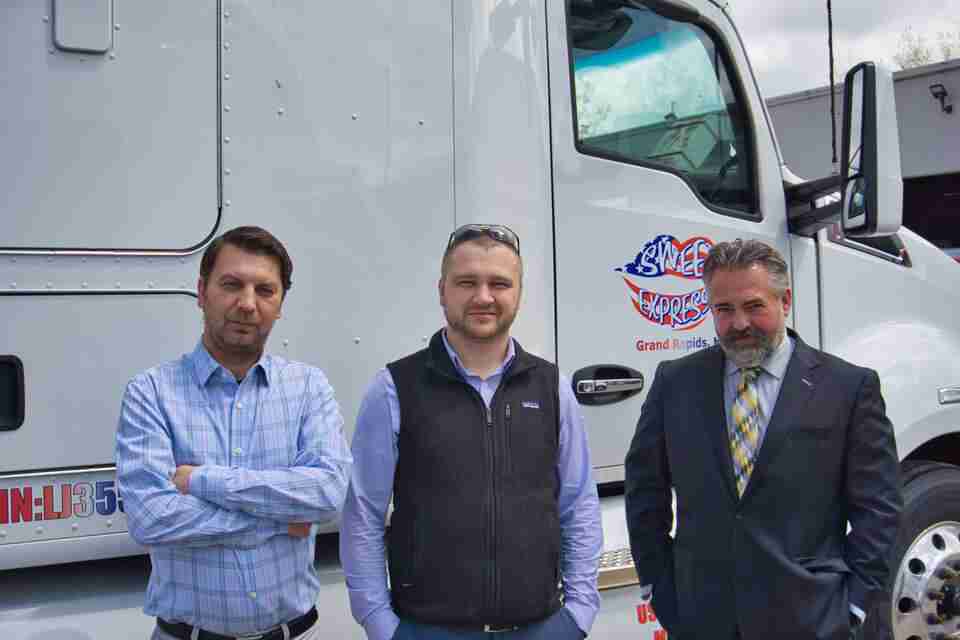 The duo didn’t set out merely to haul goods. Rather, they wanted to haul goods and change the character of the industry. “We want to make something different that nobody ever has made in trucking. I'm not sure if it's possible but it's a goal to have,” he said. That goal? To create an experience where everyone in the chain is valued and respected—which is not high on the list of achievements for firms committed to squeezing every cent out of paper-thin margins.

“We came to America in 1996 as refugees from the war in Bosnia. I came here with my parents in 1996 and my brother came in 2000. At that time I was an engineer and Jasmin started driving a truck. He drove someone else's truck as a company driver and he was treated like all the other drivers—like he was nobody,” he recalled.

“That was the main reason we started the company. We are totally different; he's extremely street smart, and I am book smart. He believed that we could start something that I didn't know anything about. I didn't know the difference between a truck and a trailer and absolutely nothing about trucking,” he laughed. “We started because we wanted to treat everyone well from the first day.”

Jasmin’s experience as a “nobody” shaped the way Sweet would establish itself in Grand Rapids’ strong Eastern European community, where their first hires were also Bosnian refugees. Today the company is an equal mix of workers from the former Yugoslavia and the States. “Being a truck driver is probably one of the hardest jobs you can have after being a coal miner. People don't understand how difficult it is. When we hire employees they're always told from the first day that everybody is always on the same level.

“Everything I learned about trucking I learned from drivers and other employees around me. I didn't learn it by myself. And if I didn't listen I wouldn't have learned. Sometimes the person who's the lowest paid might have an idea that someone who's the highest paid may not, or they can help you add to your ideas. That’s priceless. I never care about titles because someone can start today and in three months they can be in the top five positions in the company. It doesn't make any difference. If I see talent, I'm going to push them. Everyone in the company will push them up. That's part of our uniqueness.

“There's no difference whatsoever between a driver, a manager, me, my brother, or anybody else. It doesn't matter. From the first day you are equal to anyone. When I meet new employees, I never tell them I'm the owner or I'm their boss. I tell them I'm a janitor just to see their reaction,” he confessed with a chuckle. “Now all the older drivers know that story so they're on to me.” 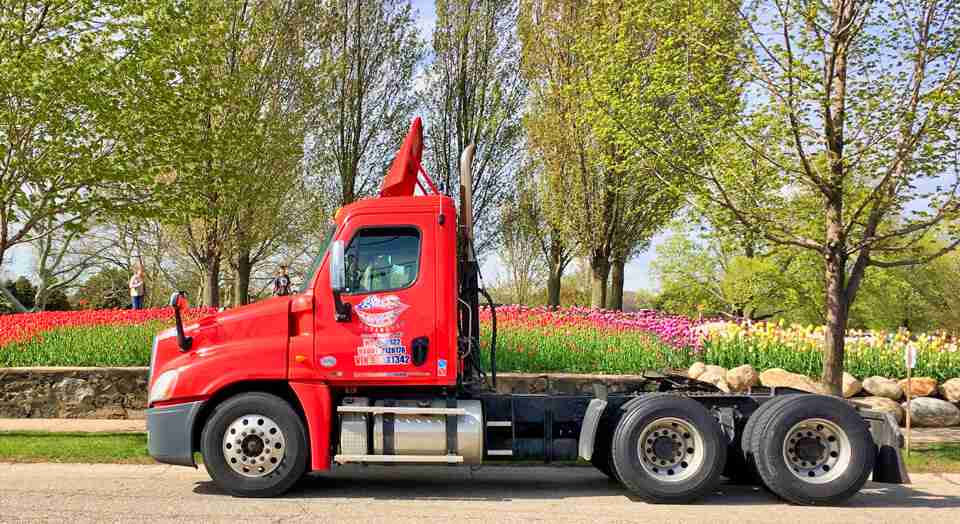 With the exception of that benign deception, the owners are committed to a concept they’ve dubbed “radical transparency.” As Damir explained. “There's thinking that the trucking business is something top secret. Because the margins are so low, nobody wants to talk about how they do it. In the end everybody does it pretty much the same. So we are trying to think about how to change that and be open. Our value is our employees and our team and nobody can take that away.”

It is undeniably radical to share the income statement and balance sheet to customers when rate increases are required, but that’s exactly what they do. “I have never heard of anyone in trucking doing that because you’re showing how much profit you make, and it can be a good profit, so how can you go to a customer and ask them for an increase? We don't think that way,” he said. “We go to our customers with our income statement and explain to them why we need the increase. We show them the numbers and say, OK, this is why we’re doing this. We may have bought new trucks, or it might be that we pay our drivers more, or because we take responsibility when we are late.

“We don't jump vendors easily at all. Some companies have five different tire vendors, but we have only one and one backup. Every couple of weeks new vendors come to us with different deals. When we talk about five bucks per tire, we use 300-500 a month, that adds up. But to me, $5 per tire is not as important as a relationship with the vendor. You might save money with someone else, but staying with a vendor who's taking care of you all the time and with one phone call will be there when you need them is more important, especially in trucking. Downtime is what will hurt you.”

Being one of the region’s most respected trucking firms hinges on their “people first” philosophy.

“Sweet Express wouldn't be where it is today without our employees. The team we have is incredible. This company wouldn't exist without my brother; Sweet Express was his idea. Without the two of us working together, this would never have happened because he had something I didn't have and I had something he didn't have.” Now that’s sweet.

Sweet Express LLC has been serving the United States nationwide for more than 15 years. We offer a variety of full truckload shipping services and safety is our top priority. Rely on Sweet Express LLC for general commodity service and expedited trucking. We serve a wide spectrum of industries including technology, automotive, industrial and consumer goods. All cargo is treated with care and delivered to its proper destination on time. Sweet Express LLC is committed to providing you with exceptional service. 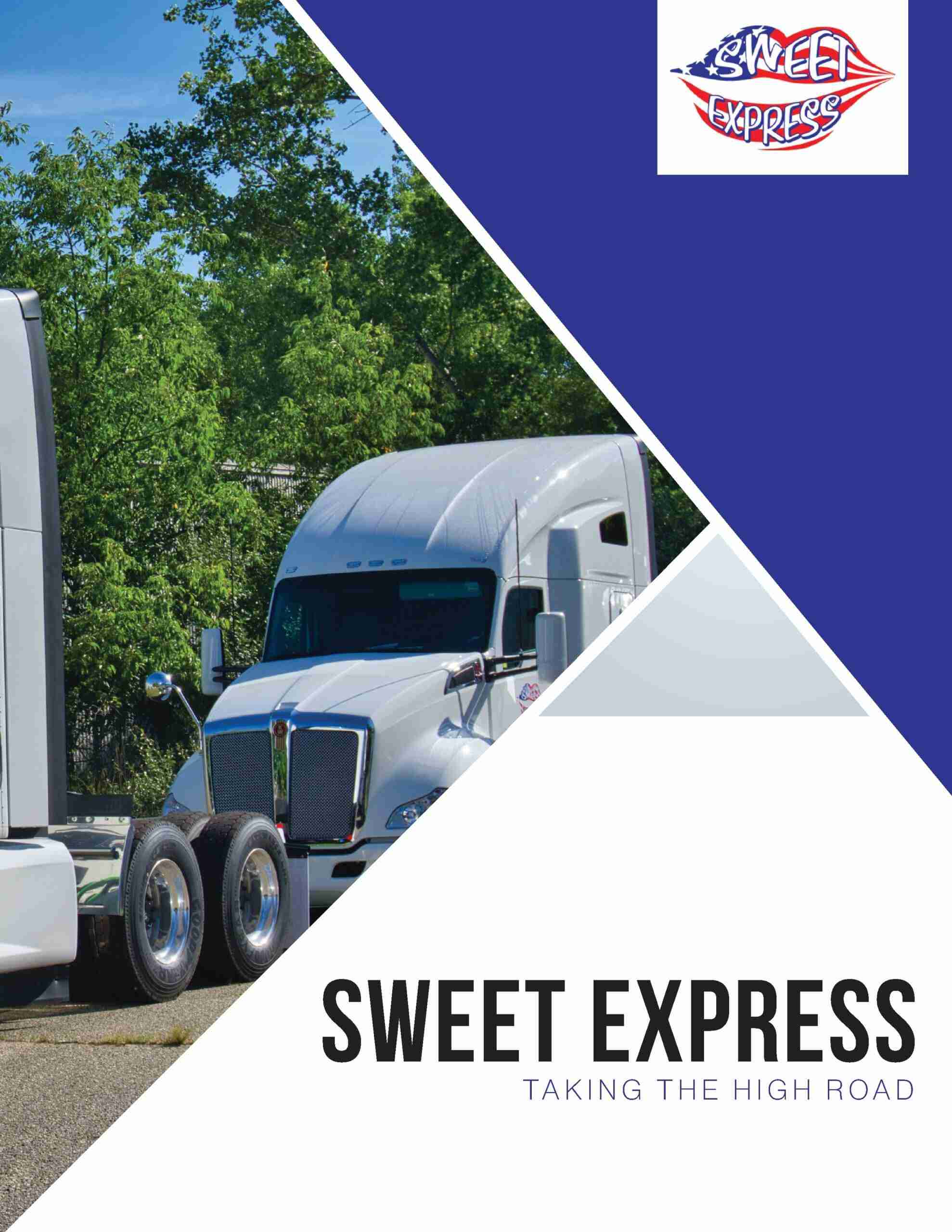